The US rapper and film star Ice Cube has entered the US cannabis marketplace with his own branded strain ‘Fryday Kush’, inspired by the 1995 hood-based cult classic film Friday, written by and starring the rapper himself.

Ice Cube, real name O’Shea Jackson, joins an ever increasing list of celebrities who own and endorse cannabis brands, including rappers such as; Jay Z who launched his own brand Monogram at the end of 2020, Whiz Khalifa with ‘Khalifa Kush’, and maybe the most famous champion of our favourite herb, Snoop Dog whose strain is called Doggy OG.

‘Fryday Kush’ is reported to have an insanely high THC content of over 47%, and an equally impressive (for a high THC strain) 11% CBD content. The strain has been developed by Ice Cube in partnership with Caviar Gold, who claim to have the only patented cannabis brand on the market. Caviar Gold uses a process which infuses cannabis flowers with 98% pure liquid THC oil to produce the eye-wateringly high THC levels.

Ice Cube wrote on his Instagram feed, “Fryday Kush is made with that good stuff. It’s 46.2% THC and 10.78% CBD…. I’ve partnered with Caviar Gold, so you know Fryday Kush is the best. Caviar Gold is the original infused and only patented cannabis brand on the market.”

Increased THC content in cannabis has been associated with a more potent effect, or ‘high’, similar to alcohol content in alcoholic beverages. But recently cannabis researchers, and both medicinal and recreational cannabis users, have started to realise that it is a combination of all the plant’s components together that produce the most desired effects. A study conducted by the University of Colorado found little-reported differences in ‘high’ between two controlled groups, one which had been given cannabis with a higher level of THC than the other group were given. 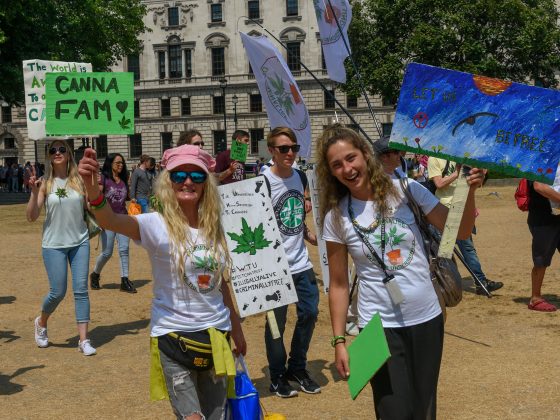 Stripping back the stigma – Phil Monk of We the Undersigned