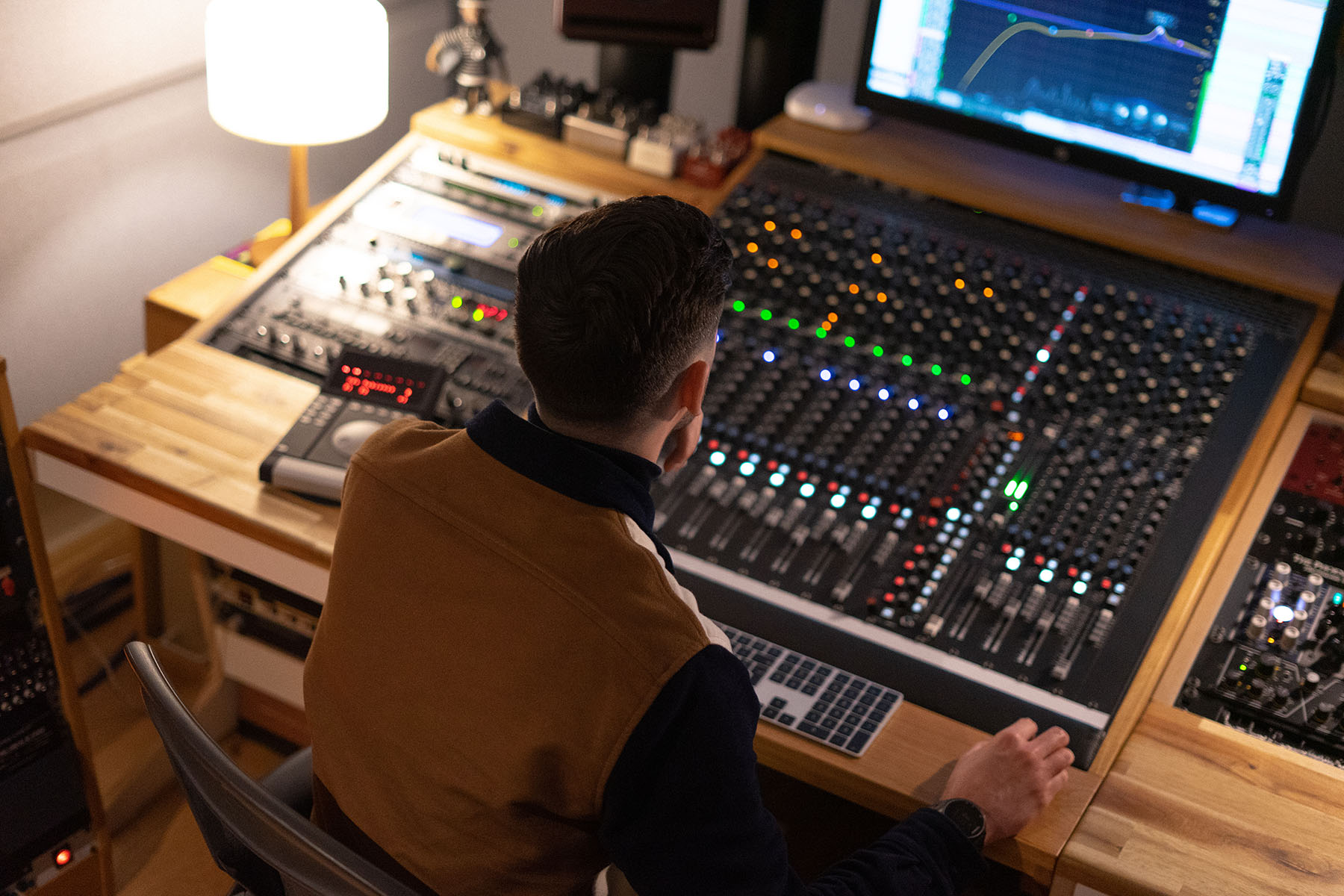 ”my job is to make music visual, using the dynamics and atmosphere to tell the story. I need to get the listener to perceive the lyric as it’s intended. I’m turning a big heavy ship in a storm sometimes”

West London’s Joshua Faulkner is a music producer and engineer making a real name for himself in the studios of the UK rap and grime scene. We spoke on his creative relationship with the artists around him, tripping out on psilocybin, discovering the mysterious identity of Burial on a park bench, and working with Skepta, pioneer of the UK scene. Check out the highlights below:

When did you realise that music was going to take up a serious part of your life?

From back in the day as a kid, when I was discovering music, I realised it created a world around me. It then, as a teen, served as an escape but I was also lucky that my brother was an old-school Garage DJ, so I got to watch him mix vinyl in his bedroom. That nurtured the love, and by 14 or 15 I was making tunes on a battered PC whilst studying contemporary dance. Music has always been something that I was going to do.

Was there a real turning point?

Maybe one night, when I was 19, stressed out, I went for a long walk from where I lived in Shepherds Bush to central London. I ended up sitting on a bench, and next to me was this guy listening to old-school Jungle and, really out of character for me, I just started chatting with him. We started talking about 90s music and raves and we became friends. We hung about a few times and then he revealed that he was Burial which was funny as I had a couple of his records. I didn’t really get it but I had it. Getting to know him is how I got to understand it.

Is it impossible to be objective about your friend’s music if you really love them? Is there a chance that if you heard it cold, made by a stranger, that it may not touch you in the same way?

Definitely, his sound was different to what I was into at that time and I was young too, understanding him helped change my perception of his music, which is funny as this was the time where everyone wanted to know who he was. He was a mystery. I was making beats myself. Videogame drone music mostly, we then started making tunes together. There was no money, just two mates hanging out, knocking out tonnes of stuff around the time he released Kindred.

Where did you go from there?

I was working in retail but I never lost sight of where I was going to get to. Financially it wasn’t easy juggling working, studying dance and making music. I got a job at a really low-key basement studio in a small room with carpet tiles and that was where I learned to record bands. Random, local, low-budget projects. I learned how to press record and some bad habits too but it got me to want to learn more. It was learning to handle people that really struck me. You know, people turn up nervous and edgy, it can be really difficult when artists walk through the door. They can be at their most delicate and vulnerable, but that’s when I realised my strengths in making people feel comfortable. I love that. Reassuring them that it’s going to sound great.

That’s such an important part of your job. No matter how good the song is, how good a singer they are or how proficient they are on their instrument if they are uncomfortable and awkward it will be all over the recording right?

It can tarnish everything. After a while, making things sound good is easy. You can be the best engineer, but if the person doesn’t like or click with you, they won’t want to work with you, it’s that simple. No matter who you are.

This is where you really starting learning all the facets of your trade then?

Yeah, it could be a reggae, heavy metal or a hip hop act…the whole spectrum of music walked in. I got to learn how to plug things into the hardware and how to splice tape, it was really fun. Before long, I started freelancing at decent studios like Sarm and from there, word quickly got about as I was doing a decent job. Before I knew it, I got a hook-up from a friend who got me an interview at Universal Music in Kensington. I got the job as the in-house engineer there and stayed for 3 or 4 years. It was a lovely studio with loads of great gear.

So you went from ageing Metal bands with attitude to being part of the biggest music conglomerate in the world, demoing and working on tracks signed to Universal?

It was still kind of the same, working with a young soprano singer, a string quartet, a grime artist or a grungy heavy metal band again. It wasn’t always recording demos though. I was on a salary which complicated things, not really properly recognised for what I was doing. I’ve given up on chasing them for credit on tracks though.

Who were the big names you worked with?

I worked on The Vamps, Drake, Katy Perry…honestly the big names don’t change anything. It doesn’t matter what level you’re at, everyone is doing it for the love.

I suppose when you are in a room, close in proximity to Drake, for example, it’s not Drake in music video mode or repping himself in an interview, you’re with a human suddenly trying to commit something important to them.

An artist in the studio is open, broken down. No matter who they are. It is nice to have a connection with any artist. To get to know another human on that level. Some are lucky that they make money from it, but it’s irrelevant in many ways. I am not star-struck luckily. All we are trying to do is catch a vibe and make something the best it can be. I’ve also never been an engineer who just sits back and presses record after adjusting the mic. If I have an idea, I won’t be afraid to voice it if I think it’s cool. And a lot of the time that works

That’s production though if you are altering the way that the artist is approaching what they are doing, or taking it to a new place no?

Yeah, I guess so, broadly I’m just a creative in the room. There are elements of production to what I do. I just love working with the artist. I love it if there is a producer in the room too. What I really do is engineer and mix and my relationship with the artist is like any other, it is built on trust.

You are now pathing your way on big contemporary rap and grime tunes. Working with serious names like Future, Gunna, Pop Smoke, Kid Cudi, and currently, you’re in the studio with Skepta. That is going to be massive. How did you make that leap?

I worked on some hyper-pop music with Jonas Blue for a short time, he is massive but I knew that Rap and Grime was my thing. I met Skepta while doing a session for AJ Tracey, and our paths kept crossing. One day he belled me and said he wanted me to work with him. That’s where I am at right now.

He memorizes all his lyrics rather than read them off his phone which is amazing. He’s just quick when working out anything he is doing creatively. Everything just flows. It is just so important to have that momentum in the studio.

How about the beats?

I get sent loads of beats and go through them, I then arrange and edit as needed. People also don’t realise that Skepta is a producer in his own right. He has a great ear. Every song for me should be like a movie, my job is to make music visual, using the dynamics and atmosphere to tell the story. I need to get the listener to perceive the lyric as it’s intended. I’m turning a big heavy ship in a storm sometimes.

He seems as comfortable on a fashion magazine cover as he is back on the block or across many parts of Radio 1 and yet he still stays elusive. How’s that?

I work with mostly elusive artists, to be honest. The big pop acts are fun but I am quite an introvert and tend to go deep. The artists I like have the same relationship with music as I do. I’m looking for longevity in a relationship, not just someone who wants to be famous, that’s not my thing at all.

Music is a way to de-stress you have said – how do you relax?

I don’t want to waste time on stress. I remove myself. I make music to chill. I can go home after a long session and still make music. I don’t smoke weed any more. People think that hip-hop studios are filled with weed smoke but an artist sometimes works better without it. I understand that it can give rise to the creative spirit, no doubt, and obviously, a session is sometimes dense with smoke but not as much as you think.

Have you ever done psychedelics in the studio during your career?

There have been times with certain artists where I have done. Psychedelics open up the session to the moment, into a pure creative mode.
Once you start experimenting with the wavelength between you and the artist on that level, heightening the energy of the music and the frequencies, it’s all love. You can create a whole world where you just exist and everything outside the studio no longer does. Most importantly you are not afraid to try different things. There are no insecurities, your everyday personality is gone and you get to the core of the human soul. That is the best-case situation.

What about a bad trip then?

I had to stop that from happening once, gripping on to the armrests of the chair in a sweat. I had to handle that ‘cos a rollercoaster in a wormhole ain’t the one. 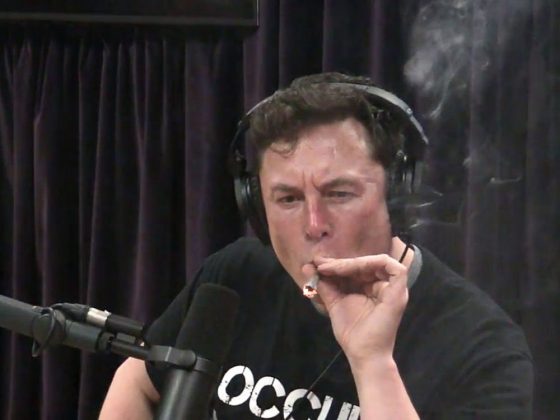 The celebs who’ve smoked and talked weed with Joe Rogan 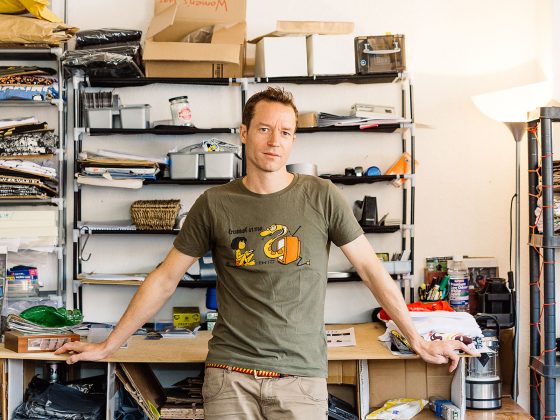