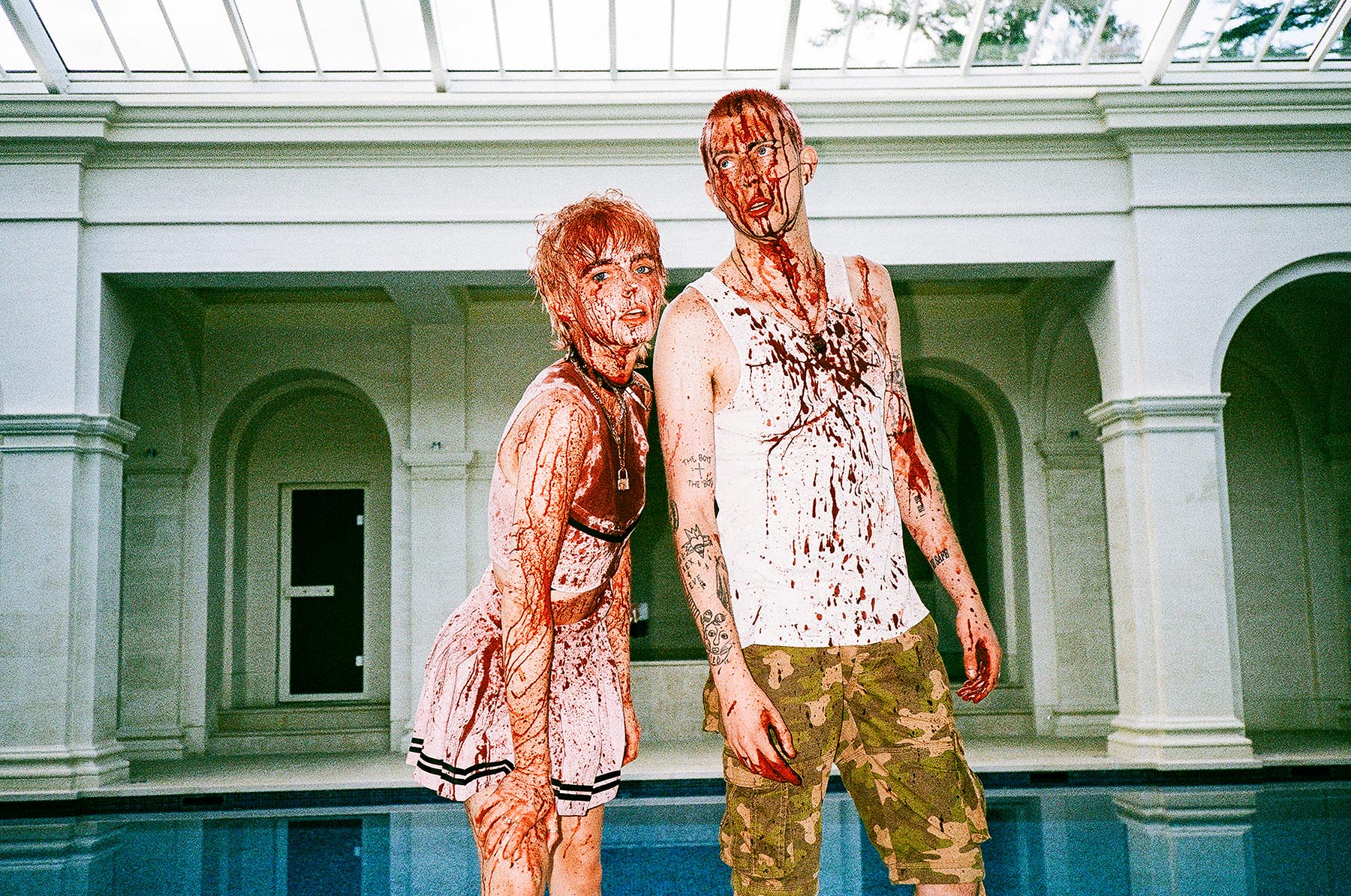 The concept of a band being halted in their tracks by a deadly virus sounds like the hyper-reality of a glossy heavy metal video and yet here are Wargasm: Nu-metal for the TikTok generation without a biohazard warning in sight.

Isolated and only communicating via video screen, like pale fugitives in the movies of Demolition Man or Total Recall, Sam Matlock and Milkie Way don’t mince their words: ”Fucking and reproducing is the only reason you exist as an organism to do anything,” and ”I don’t think there’s a big difference between a song about fucking someone and a song about killing someone, they are both extreme aspects of human nature”…well, you try putting these sentences into any context. One thing for certain, Heavy Metal never has and never will disappear. You can talk about the Beatles being bigger than Jesus but Metal is ruled by Satan himself and in every small town and suburb the hordes of frustrated youth may just be looking to these two to reflect their inner turmoil of confused and bubbling hormones. Big guitar riffs -CHECK, massive blast beats -CHECK, look good in a moshpit? – the list goes on to satisfy corporate rocks desire to monetise rebellion and tortured adolescence as Prodigy, Limp Bizkit and The Sex Pistols did before them. 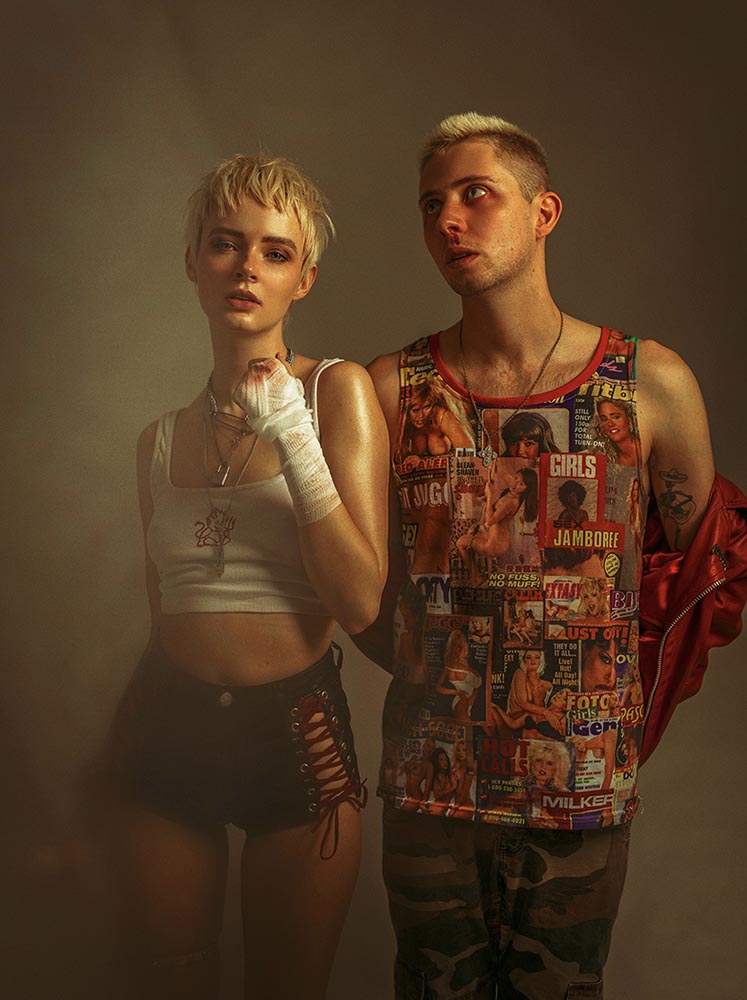 In a time when bands faultlessly research musical heritage and style at a few clicks and the allegiance to a particular musical tribe becomes less meaningful, Wargasm astutely plot their path with ambitions turned up to 11. Milkie, a signed model, who says she knows a thing or two about rejection has a like-it-or-lump-it attitude to it all. There never was any difference between Linkin Park and Christina Aguilera when push came to shove. She says: ”If I didn’t have Sam I might be doing a Britney pop act but I don’t have Max Martin (uber-pop producer and svengali) on my side. I love Metal and so what we do satisfies all of my needs”. And there is no shame in that. What could be more balls-out and Riot Grrl attitude than being so forthright?

“Someone with a good moral grasp of the situation should get out there and sort some of this shit out.”

Sam on the other hand has more pressing issues on the state of the world. Practically seething, he opines with sentiments pogoing into each other: ”Someone with a good moral grasp of the situation should get out there and sort some of this shit out. The rainforests are on fire to sell beef to MacDonalds. Do you not think that someone from the UN should stand out there with a line of troops saying ‘enough is enough, we all breathe the same air?’ They’re pulling apart pangolins because people think it makes their dicks bigger”.
The dubious morality of calling for armed uniformed men to save the day is not thoroughly explored but I suggest that maybe they should not be expected to be politically astute as card-carrying members of the entertainment industry. As I am about to express that a whole generation of well-meaning good guys like The Beastie Boys or Rage Against the Machine have done little to make the world a better place, I begin to consider whether these bands may have in their own way had some effect of at least slowing down the process of mass mind-control. Someone has to save us from corporations whilst signed to a corporation surely? In our morally skewed societies led by corrupt governments using a virus to lead us into a globally authoritarian New World Order perhaps Wargasm are the best place for teenagers to vent some spleen on their righteous path to questioning authority. If you want a vision of the future, imagine an Adidas hi-top stamping on a human face – forever, after all.
There is no doubting the joy that these two get from making music and their dynamic as friends becomes quite clear in no time. Wargasm are two twenty-somethings that benefit greatly from being on the same page on exactly how they want to look and sound.  Sam, the feather-ruffler and Milkie the mischievous imp, each one lending dimensions to each other, with Milkie of the pair using humour to let some air out of the balloon: ”Don’t put a brick through a window – that’s what the music’s for” Whilst Sam seems never happier to finally find himself in a unit making rallying calls to the moshpit mob and ‘happy to conform to a modern go-go-go structure’  that works for him. Making ‘product’ never seemed so much fun and Wargasm’s agenda seems to simply be resolute and with forcibly no cannabis or psychedelics to guide the process: ”I’m not one to trust my subconscious, let alone give it something that I can’t control”.
Either way, questioning their intent is like picking out trousers online. You have the freedom to choose whatever you want to wear but how it looks on you might not be for you to judge. One thing that cannot be ignored is that with Radio 1 and the Metal press behind them, devil signs and fists aloft, their dream to get the angry youth squashed face to sweaty face again is inevitable. We just need to get those unknown serums into syringes and then into the arms of a global population first. Conform to that my friends.
Check out this mix of turn of the century classics that WARGASM have put together:
32
0
0 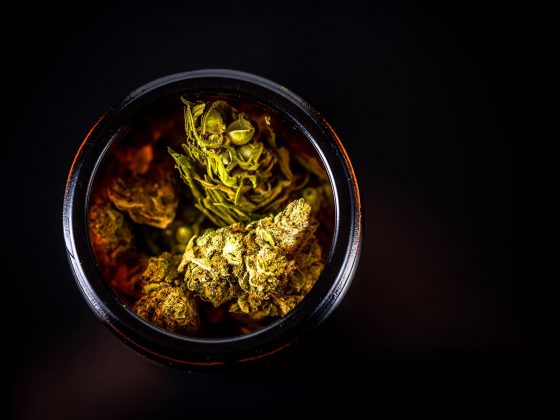