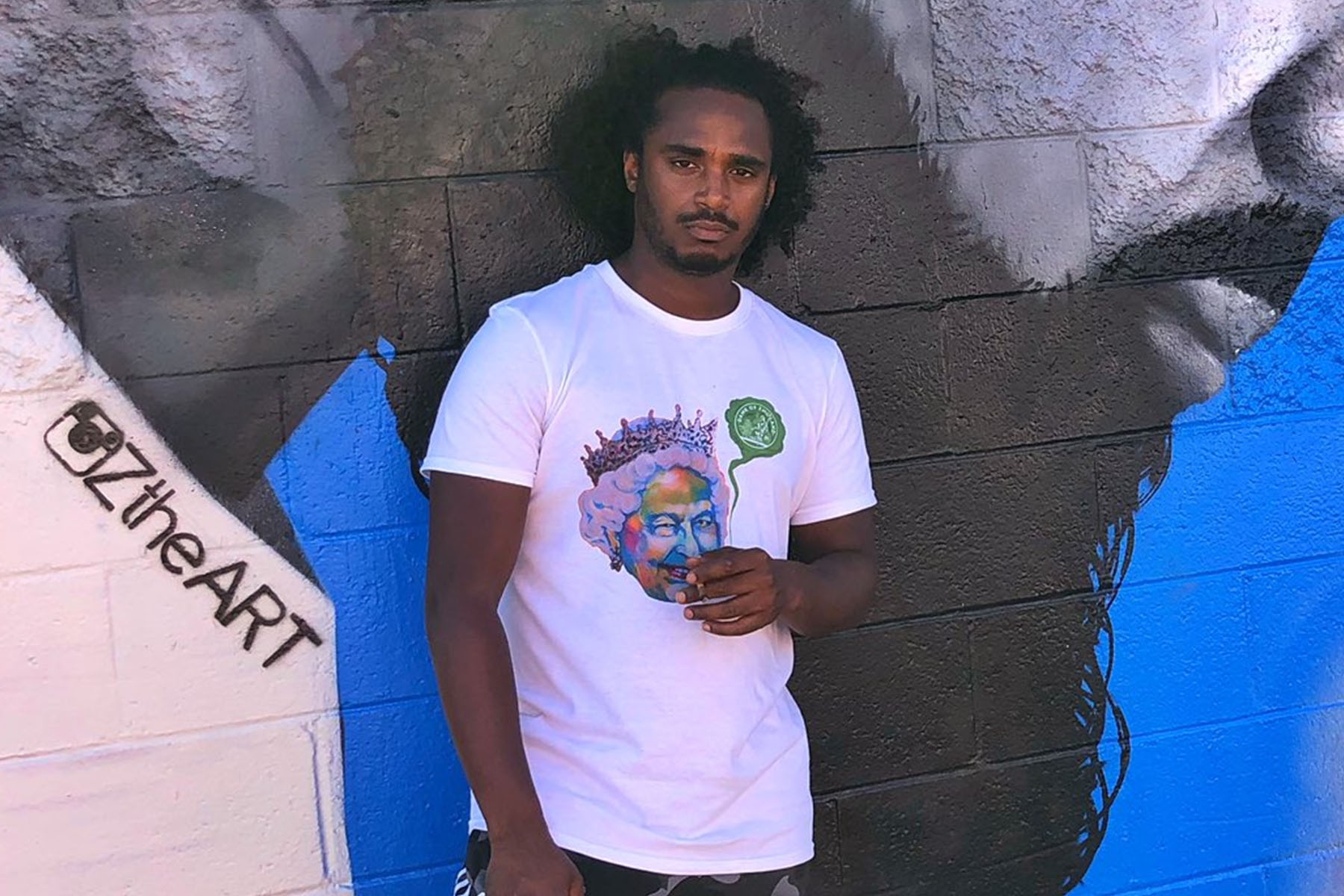 Without weed and music, what is there? The enhanced experience of listening to music while under the influence of marijuana has been researched and debated for decades. Scientists are yet to draw many conclusions — most of the evidence is inside people’s brains, and stoned people at that — but few deny that getting high makes listening to your favourite tunes that bit more transcendent.

And the relationship goes both ways. Out of appreciation for the plant, musicians throughout history have written songs, albums and entire discographies paying tribute. Some have crafted mind-bending aural vistas in attempts to recreate weed’s sonic equivalent, while others have penned pining paeans to the drug like it’s some long lost lover. Here are 10 of the best examples.

It was actually about acid. Or a woman. Or the Vietnam War. But Hendrix’s immortal 1967 single gave its name to one of today’s best known weed strains, known for its euphoric and psychedelic effects on the mind. It’s not hard to hear why. That guitar solo after verse two is like a winding, unprovoked burst of creativity, a bolt from the blue half of your brain bending and twisting of its own volition. Few better examples of weed music exist.

As evidenced by that woozy, wordless 10-minute sequence in the middle of Steve McQueen’s recent BBC film Lovers Rock, reggae can make you feel like you’ve smoked an ounce even if you’ve never touched weed in your life. ‘The Breathtaking Blast’, track one on Tradition’s cult 1980 album Captain Ganja and the Space Patrol, is testament to that, reminiscent of those smoking experiences where new, enlightened perspectives offer themselves up as if life was actually quite simple all along. Find a subwoofer, put this on, and inhale.

It might officially be a depressant (a drug which makes you slower), but cannabis can also wake you from mental slumber, rousing the mind with a renewed lust for living. ‘Pass da Blunt’, from Missy Elliott’s Timbaland-produced masterpiece Supa Dupa Fly (1997), is for those tokes which set up two speakers in your head, dim the lights and start a party. Pass it on.

A list of weed songs without Snoop Dogg is like a blunt without, erm, weed. ‘That Tree’ is a reminder that marijuana, just like family, is in our blood. And who could possibly want to outlaw something that can make you as happy as Kid Cudi at 3 minutes 47 in the music video? It grows in the ground, for heaven’s sake.

Kelela ‘Go All Night (Let Me Roll/Let It Burn)’

“Now we smoking up baby”: Kelela’s voice is made for those magic moments after a big night out, when you get home in the small hours but you’re not quite done. Like a raver’s answer to the after-dinner mint, weed is perfect for bringing a gentle close to your night’s indulgence, something Kelela seemed all too aware of on her after-hours debut Cut 4 Me. ‘Go All Night’ is split into two brief interludes on either side of the record. When you hear the birds singing on penultimate track ‘A Lie’, it’s probably time for bed.

Nigerian-born, London-raised rapper Naira Marley is not the first musician to convey his devotion to weed through an allegorical love affair with a woman — Paul McCartney did it in 1966, with ‘Got To Get You Into My Life’ (as did Rick James in 1978 and D’Angelo in 1995). But ‘Marry Juana’ is fresh, loved-up weed music at its best, and more than deserving of its place in the cupid cannabis canon. Marley was instrumental in the early stages of the UK drill scene, which is as influenced by weed as 1950s jazz was indebted to heroin.

The short-lived microgenre known as vaporwave is what happens when internet-dwelling kids are left to toke weed vapes and trawl through YouTube unattended. Some of it is brilliant, such as 新しい日の誕生, or Birth of a New Day, by British-American duo 2 8 1 4. The album’s hazy centrepiece ‘悲哀’ (Mandarin for ‘Sorrow’) is made for a time decades in the future where robots run the world, leaving humans to get high all day every day.

Until it’s legalised and regulated, weed will always lead to occasional feelings of paranoia and dread. (Experi)mentalist Dominic Fernow achieves a decent artist’s impression of such sensations with his Rainforest Spiritual Enslavement project. Have you ever wanted to get really high and spend a night camped in the middle of the Amazon jungle? If you’re intrigued but terrified by such an idea, or if you just can’t be arsed to shlep to the Amazon, ‘Praying Mantis Black Arts’, from the album Ambient Black Magic, is not a bad alternative.

As anyone who’s ever grown marijuana will tell you, if you stay up past midnight smoking your bodyweight in the stuff and then cup your ear to the plants as they begin to sprout, they will emit a strange, irresistible sound. I haven’t tried it myself — it’s illegal — but I imagine it sounds a bit like this.

Black the Ripper ‘Piff On Me’

There may never be another artist with a symbiotic relationship to weed quite like that of Black the Ripper. In much the way that weed was always there for Black, providing inspiration for songs like ‘Piff On Me’ and so many others, Black did at least as much for weed, appearing in Vice documentaries on UK cannabis law, founding a brand once declared “the most pro-cannabis and British a company can get”, and hotboxing the London Eye in the name of legalisation. If and when that day finally comes, there are sure to be thousands of Brits raising a toast to Black as they light their first legal joint.

When he isn't interviewing cool people and writing stories about it, Sam is a culture journalist writing about music, film, TV, fashion, photography, LGBTQ culture, nightlife, travel and the internet. He's also the co-host of Exit the 36 Chambers, a music podcast rooted in hip hop culture. 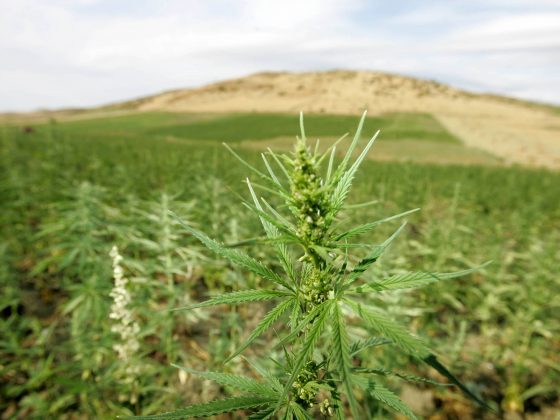 Morocco to legalise the cultivation of medicinal cannabis 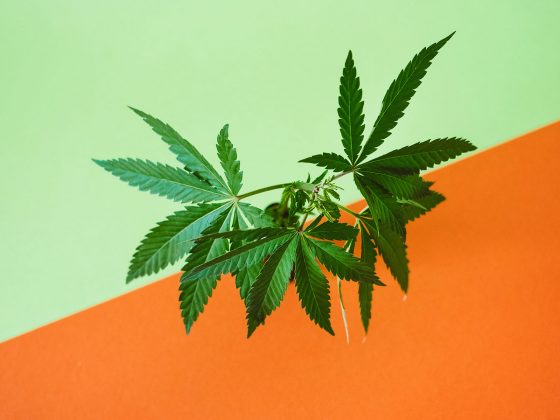