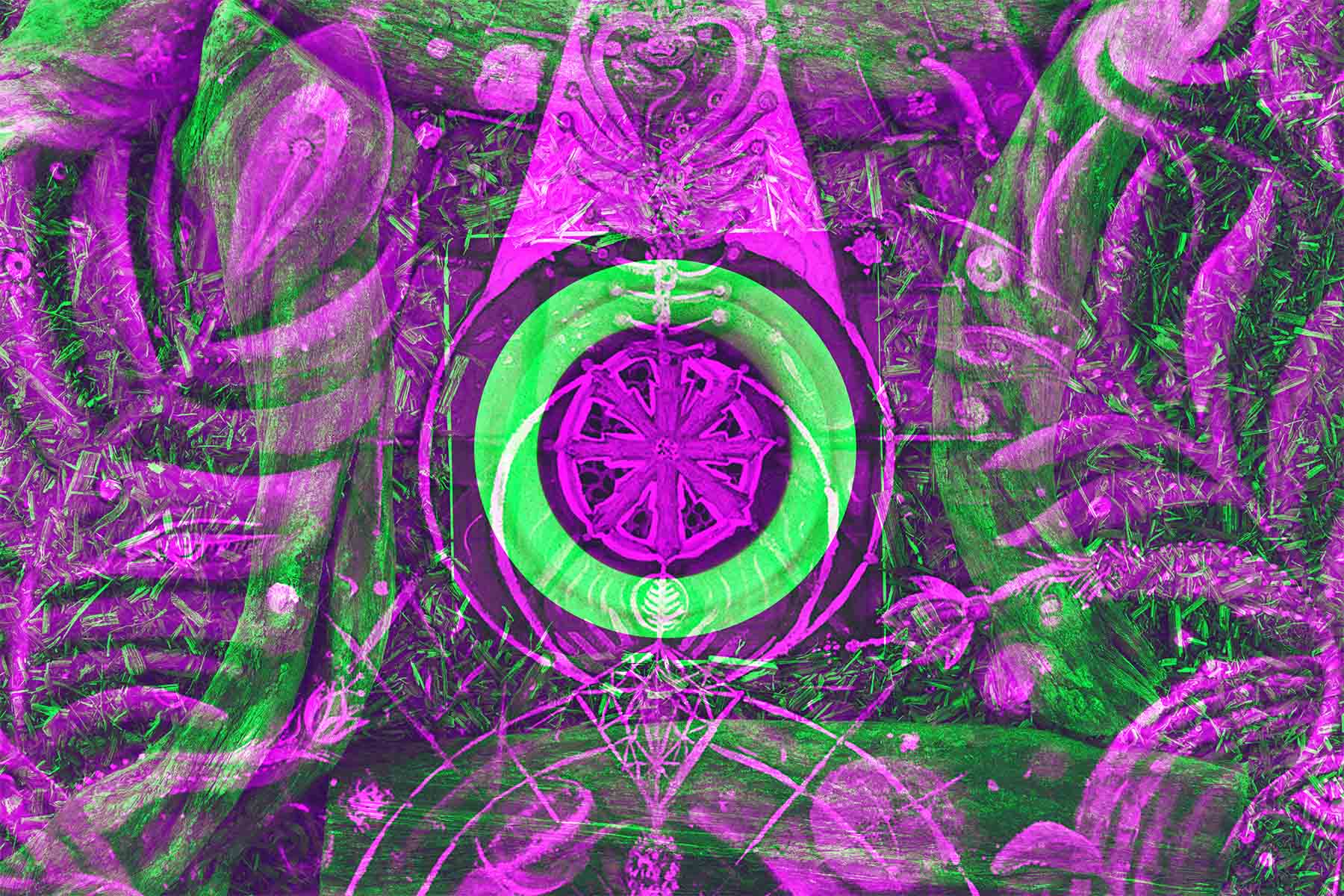 We’re seeing growing numbers of Westerners seeking out ayahuasca retreats in pursuit of psychological healing and personal transformations. In recent years, countless celebrities have shared tales from their own experiences of psychedelic rituals, fuelling the mainstream fascination with this drug.

As interest in ayahuasca grows – both culturally and clinically – its Indigenous cultural significance is often overlooked. Ayahuasca is a powerful drug with a fascinating history, but what is it, where did it come from, and what have people been using it for?

Ayahuasca is an ancient hallucinogenic brew made from the Banisteriopsis caapi vine and the Psychotria viridis shrub that are native to South America. The plants are prepared, soaked, and boiled to produce a potent psychedelic concoction that is dark in colour and strong in taste.

In the Amazon basin – a biodiversity hub that is home to countless natural psychoactive substances – ayahuasca has been integral to Indigenous shamanic traditions for generations. Powerful ayahuasca-induced hallucinations are said to have a spiritual influence and therapeutic power.

When used for the purpose of healing, ayahuasca can have lasting psychological benefits. The psychedelic brew has even begun to infiltrate into Western medicine, with countless researchers aiming to understand just how ayahuasca has such a profound emotional impact.

The aforementioned primary ingredients, B. caapi and P. viridis, both have hallucinogenic properties. In particular, the P. viridis leaves contain DMT – or N,N-dimethyltryptamine, if we’re getting technical. DMT is a potent psychedelic, found naturally in many plants and animals.

Here comes the science. DMT has a low oral bioavailability under normal bodily conditions, meaning that most of the drug is cleared from our system before it can have much of an effect. To unlock the psychedelic power of DMT, it needs to be taken in combination with monoamine oxidase inhibitors (MAOIs) – of which the B. caapi vine is naturally abundant.

These two ingredients, or their respective natural substitutes, are essential to ayahuasca’s psychoactive potential. Active DMT can have a powerful effect on the human brain; it can alter consciousness, catapulting a person into an immersive realm of hallucinogenic visuals.

A historical snapshot of ayahuasca

It is hard to know for certain when ayahuasca was first used by Amazonian cultures, though it is plausible that Indigenous people and Mestizo shamans have been drinking ayahuasca for millennia. Artwork by the Chavin people of Peru suggests that DMT’s shamanic use dates back as early as 900 BC.

One of the earliest reported encounters of ayahuasca by Europeans was in 1681, as proposed by Benjamin Breen in his book, The Age of Intoxication (2019). The Portuguese missionary, Padre Juan Lorenzo Lucero, wrote a letter describing a man among the Jivaro people of the western Amazon. He claimed that the man conducted “evil exercises”, such as “drinking the juice of various herbs, whose natural effect is to intoxicate a man with such giddiness in the head that he falls to the floor.”

Breen also details some of the traditional uses of the psychedelic brew. In 1737, the Jesuit missionary, Pablo Maroni, stated that ayahuasca was used “for curing common infirmities, principally headaches” and as a tool for “those who want to prophesize.”

This aligns with what we now know about ayahuasca rituals. There are many reasons why ancient cultures incorporated psychedelics, but common intentions for ayahuasca ceremonies were to connect with a spiritual realm, contact the souls of ancestors, or heal physical and psychological ailments. But some indigenous communities along the Purus River would simply drink ayahuasca in a social setting as a way to bond with others.

The first Western scientist to study ayahuasca was Richard Spruce in 1908, but it wasn’t until the American counterculture movement in the ‘60s that ayahuasca was popularised in the West. The US federal government soon implemented harsh restrictions on the possession and supply of psychedelics in retaliation to protests by activist groups. As it stands, DMT – and ayahuasca, by association – is categorised as a Schedule I drug in both the UK and the US.

Though in recognition of the traditional significance of ayahuasca ceremonies, the US government have issued religious exemptions for ayahuasca use to the Santo Daime and União do Vegetal churches. Several South American and European countries have also legalised the drug. As a result, legal ayahuasca retreats can be found across the globe, with Peru and Cosa Rica among the most popular destinations.

As mainstream Western culture discovers more about psychedelics, accounts of ayahuasca journeys at healing retreats are piling high. How does ayahuasca feel, and can the experience change you?

According to author Sean Illing, who consumed ayahuasca for four consecutive nights at a retreat centre in Costa Rica, “ayahuasca turned my life upside down, dissolving the wall between my self and the world. I also stared into what I can only describe as the world’s most honest mirror”, he shared in a Vox article.

A crucial element of an ayahuasca ritual is “purging” – that is, vomiting, having diarrhoea, crying, laughing, or any sort of physical expulsion. This is said to release any stress, trauma, or negativity that you are holding on to and is thought to be a vital aspect of the healing process.

Purging is then commonly followed by powerful visual hallucinations, which often resemble physical beings – either human, animal, or spiritual. This experience is hugely dependent on an individual’s set and setting, that being their psychological mindset and physical environment. Since the motivations for using ayahuasca tend to differ between Western users and Indigenous locals, as do their hallucinations.

Throughout the 4-6 hours that ayahuasca takes effect, it is not uncommon to experience anxiety, panic, and fear. Many would argue that these transient feelings of distress are necessary within ayahuasca’s ritualistic context, but it’s worth considering that the ‘healing’ experience isn’t always pleasant.

People that consume ayahuasca for the first time often liken it to a near-death experience. Others report feeling as though they have been reborn – a spiritual awakening, even. Although every psychedelic experience is hugely unique and personal, it is clear that ayahuasca ceremonies can have a profound, transformative effect on people’s lives.

“Was it possible that a single psychedelic experience…could put a big dent in such a worldview? Shift how one thought about mortality? Actually change one’s mind in enduring ways?”

On return from ayahuasca retreats, many have claimed that the psychedelic experience changed their life. That they were finally able to let go of lingering trauma and disrupt their rigid thought patterns. In response to these anecdotal reports, researchers have endeavoured to understand the science behind ayahuasca.

DMT affects the brain in similar ways to other classic psychedelics – psilocybin and LSD – by disrupting the activity and connectivity of the default mode network, or DMN. This is the brain’s ‘mind-wandering’ network, and its hyperactivity is often associated with self-critical thinking, anxiety, and depression.

By imaging the brains of individuals that have used ayahuasca over 50 times in 2 years, researchers found that long-term users exhibit thinning of the posterior cingulate cortex (PCC) and increased thickness of the anterior cingulate cortex (ACC). These are key regions of the DMN that are involved in self-critical thought processes and the regulation of negative emotions, respectively. These brain changes were also correlated with personality differences – greater “religiousness, transpersonal feelings and spirituality”.

It has, therefore, been suggested that ayahuasca could be utilised for its therapeutic effects within the clinic. The science is less established than with other psychedelics, but ayahuasca certainly holds the potential to transform our mental health. In 2018, a placebo-controlled clinical trial revealed that a single dose of ayahuasca can significantly reduce depressive symptoms in people with treatment-resistant depression.

There is also evidence to suggest a role for ayahuasca in the treatment of social anxiety disorder, as well as substance abuse and dependence. But there are still far more questions than answers regarding how ayahuasca could be used within modern Western medicine.

Is it safe? Though very rare, ayahuasca has caused fatalities at excessively high doses. This is largely a result of drug interactions and pre-existing medical conditions, but there have been some reports of ayahuasca-induced serotonin syndrome – where too much serotonin causes dysfunction of the nervous system. However, under controlled conditions, ayahuasca is considered to be safe, with a very low risk of dependence.

There is also the argument that Western approaches to medicine are too sterile to wholly acknowledge the rich history of ayahuasca. When put through the rigorous standards of clinical testing, much of the shamanistic influence of ayahuasca is bound to be lost.

Despite the growing number of ayahuasca retreats and underground ayahuasca therapy clinics, DMT remains illegal. This means that, for now, these debates surrounding ayahuasca’s place in Western medicine are redundant. The prevailing opinion is that no one should be deprived of ayahuasca’s healing potential, so long as Western clinicians and users are respectful and conscientious of ayahuasca’s traditional history. 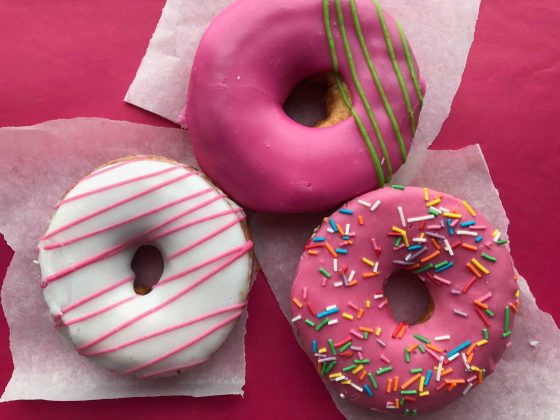