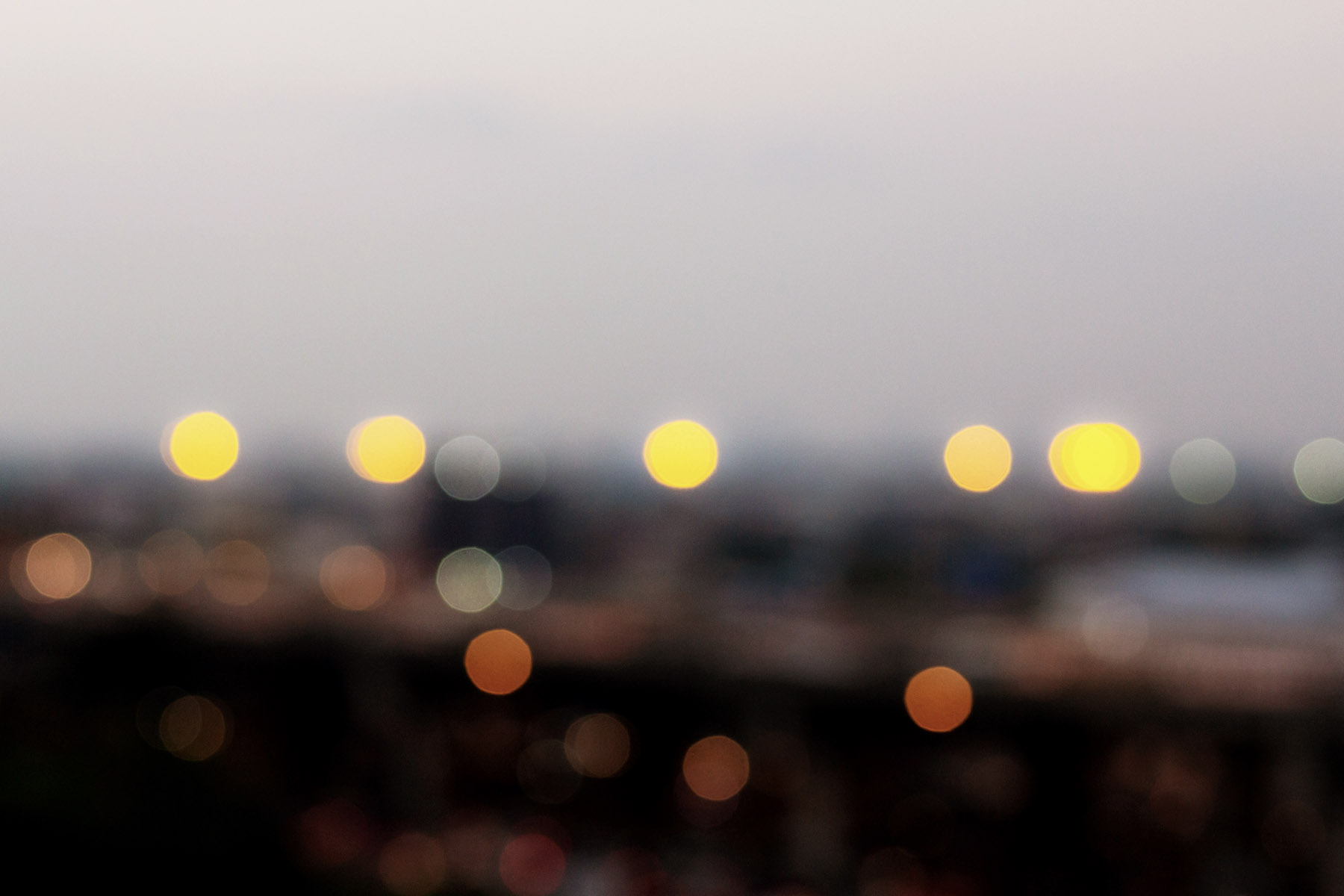 Our sense of self relies on a vital connection between our mind and our body – one that a traumatic experience can hijack and override.

As scientists uncover more about the lasting impact that trauma has on the mind and body, it is becoming increasingly clear that many mental health problems are rooted in our anatomy. But when we carry our “emotional baggage” in our physical being, how do we truly let go?

Western medicine is beginning to acknowledge the powerfully transformative effects of ancient Eastern practices. For their ability to evoke meaningful, spiritual experiences, both yoga and psychedelics appear to hold immeasurable value in trauma therapy. One is often used for the mind, the other for the body – but if we fuse the two together, could this have what it takes to heal the soul?

The way society views mental health is shifting. Psychiatry is slowly becoming a more common standard of care and treatments more effective. And in the upshot of this mental health revolution, more and more people are acknowledging the impact that trauma has on their lives.

Trauma is an unhealed psychological wound, caused by either a single event or the culmination of chronic stress. There is a common misconception that trauma only follows extreme, graphic, or violent events, such as physical abuse, rape, assault, violence, natural disasters, or war. But trauma can be subtle – and these so-called “micro-traumas” can still have a lasting impact.

Any experience that leaves an individual feeling threatened, abandoned, or powerless – no matter how extreme – can trigger a trauma response. Emotional abuse or neglect, for instance, is something that a surprising number of people carry with them throughout life. It is estimated that 1 in 11 UK adults experienced emotional abuse before the age of 16.

Trauma is a near-universal experience – even if we don’t wish to admit it. It is believed that 84% of people have experienced at least one traumatic event in their lifetime. Because emotional distress manifests itself so differently in everyone, many people don’t even know that what they’re dealing with is, in fact, trauma. But its impact lingers; trauma can cause long-lasting harm, both emotionally and physically.

How the body keeps score

In 2015, psychiatrist and lead trauma researcher Bessel van der Kolk published The Body Keeps the Score: Brain, Mind, and Body in the Healing of Trauma, a book that soon became a catalyst for growth in the clinical and cultural interest in trauma research.

The book focuses on the influence that the mind-body connection has on trauma, its long-term effects, and its clinical treatment. Van der Kolk emphasises that mental and physical health are inextricably linked; countless studies have shown that childhood trauma makes humans more vulnerable to chronic illness and disease in adulthood. One study, published in 1998, found that a higher number of adverse childhood events correlated with greater health “risk factors”, such as cancer, as well as heart, lung, and liver disease.

But aside from its detrimental impact on health and disease, trauma can also have more subtle physical manifestations. As van der Kolk writes, “when people are chronically angry or scared, constant muscle tension ultimately leads to spasms, back pain, migraine headaches, fibromyalgia, and other kinds of pain.” Effectively, trauma can become “stuck” in the body.

“If you look at people who go into a fight, flight, or freeze response, just look at the way they hold their bodies—they’re tense, they’re tight, their whole body is set up to protect them from a predator. And I believe this tension is connected with the traumatic experience in ways we don’t completely understand,” says James Gordon, author of The Transformation: Discovering Wholeness and Healing After Trauma.

The traumatised brain is constantly primed for threat. As a result, the body enters a prolonged state of hyperarousal, which can have very real physical consequences. Stress goes beyond emotion; it can present itself as physical symptoms, even when a person is not consciously thinking about the traumatic event. As van der Kolk puts it, “trauma affects the entire human organism – body, mind, and brain.”

The value of intentional movement

Lorna Evans, a trauma-informed psychotherapist and yoga teacher, helps her clients to process unresolved trauma through bodily movement. Evans’ therapy takes a bottom-up approach, which uses the body – through breath, movement, or touch – to invite experiences that contradict the physical manifestations of trauma and calm tensions in the body.

“I believe that our whole body is our unconscious and a reflection of our past, present and perceived future,” Evans says. “The body is another tool therapists can use to help someone experiencing emotional distress, just as we use journaling…or creative writing.” Noticing how the body reacts to certain thoughts, emotions, and experiences can ultimately shape behaviour, helping survivors of trauma to “feel steady and safe and not hijacked by their bodies.”

Much of van der Kolk’s work also adopts this bottom-up approach. As a trauma psychiatrist, he helps patients to create “islands of safety” within the body. These are postures or movements that help a person to “ground” themselves when reminded of their trauma.

But how exactly does this work? This physical treatment approach draws upon a theory proposed by Steven Porges, known as the polyvagal theory. Porges hypothesises that the body’s response to trauma is coordinated by the vagus nerve, which runs from the brain to the abdomen and carries messages of panic to the chest, gut, and throat. Hijacking the body’s trauma response through physical therapy could, therefore, heal the mind from the bottom up.

There are countless examples of intentional movement that could help to release the body’s “stored” trauma. These could include stretches, intentional shaking of the body, gentle touch, expressive movement, and so on – effectively, trauma release exercises encompass any movement that generates a physical or emotional release.

One surprisingly successful avenue of trauma treatment, however, is yoga. You may already be familiar with this remarkably common phenomenon, where certain poses – hip-opening exercises, in particular – can cause a release of emotions strong enough to reduce yoga-goers to tears. This is a clear example of how trauma is stored as tension in the body. Intentional movement can trigger the release of trauma that our conscious mind didn’t even know we had.

“Yoga turned out to be a terrific way to (re)gain a relationship with the interior world and with it, a caring, loving, sensual relationship to the self,” writes van der Kolk in The Body Keeps the Score. “Simply noticing what you feel fosters emotion regulation, and it helps you to stop trying to ignore what is going on inside you.”

Psychedelic drugs hijack the brain’s default mode of function and open up the mind. In the context of PTSD treatment, psychedelics appear to have unparalleled transformative effects. They allow patients to confront dark memories, pain, and trauma but without fear or judgement – detached from their ego.

MDMA, in particular, “offers the possibility for people to have a deep inner experience in which they can tolerate things that were intolerable before, and experience perspectives that were previously inaccessible,” van der Kolk tells Psychotherapy Networker. “For deep inner healing to occur, we need to help people get into a state where they can observe what happened to them with a sense of calm and self-compassion, and then put it into the past, where it belongs.”

Results from a phase 3 trial of MDMA-assisted therapy for severe PTSD, published in 2021, demonstrate that it is hugely effective at treating trauma. The drug was found to be safe and well-tolerated, even in patients with comorbidities such as depression and substance use disorder. Following these promising results, MDMA therapy is on track for approval as a PTSD therapy as early as 2023.

So, we know that psychedelics could help to open up the mind and release trauma, but is there a way to involve the body? Perhaps it would also be possible to ​​combine psychedelic therapy with trauma-releasing exercises to enhance psychological healing.

In The Body Keeps the Score, van der Kolk details three pathways by which we can use the brain’s natural neuroplasticity to undo the effects of trauma:

Unlike movement therapy, talking therapy adopts a “top-down” approach. It helps the patient to understand how their mind works, redirect their thoughts, and confront unhealed trauma. But could the amalgamation of all three pathways – psychotherapy, MDMA, and yoga, for instance – surpass the effectiveness of each intervention alone?

Although no studies have investigated the clinical effectiveness of combining psychedelic therapy with intentional movement, this is by no means a revolutionary concept. Yoga and psychedelics have both been integral to Eastern cultures for millennia, long before their popularity skyrocketed in the West.

When this ancient knowledge infiltrated 1960s America, it added fuel to the countercultural fire. Both practices helped activist groups to experience spiritual fulfilment and escapism, which ultimately led them to choose peace. As written in the San Francisco Oracle in 1965, “Yoga and psychedelics. Different means, same end.”

Numerous legal ayahuasca retreats in South American and European countries have, too, fused the use of yoga and traditional psychedelic rituals with the intention of releasing the trauma, stress and anger that is stored in your body. But in this Western renaissance of psychedelic medicine, is there a future for psychedelic yoga within the clinic?

Despite one theoretical paper by mental health counsellor Lyndsay Pixler, published in the Journal of Transpersonal Psychology in 2017, no research into psychedelic-assisted movement therapy has been conducted. Pixler details that “Authentic Movement”, an expressive form of improvisational dance, “can support psychedelic therapy” by enhancing the “awareness of movement and body sensations.” But this is yet to be tried and tested in a clinical environment.

Much more research is needed before psychedelic movement therapy could ever be implemented into mainstream trauma treatment. But as the roots of psychedelic medicine grow deeper, perhaps researchers should consider new ways in which these powerful substances could yield the greatest positive change. 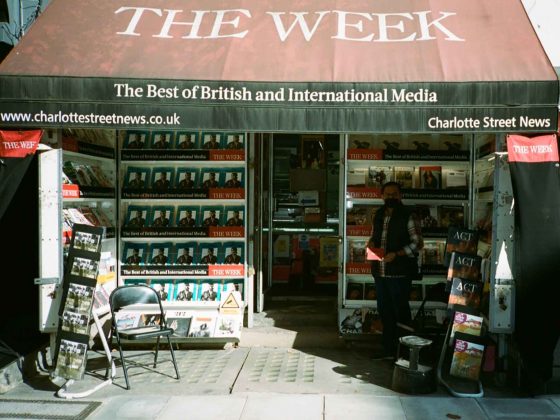 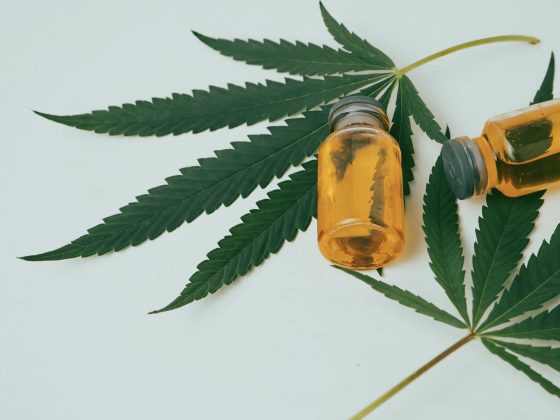 Bioavailability – what you need to know when buying CBD