The UK’s leading drug policy charity has launched a campaign to raise awareness about medical cannabis amongst students. The campaign by Drug Science aims to educate young people about the truths around the drug, highlighting the major differences between illegal street cannabis and legal medical cannabis in the UK. The organisation also hopes to promote its medical cannabis study Project Twenty21, which collects data to understand and improve patient access to medical cannabis.

Despite the legalisation of cannabis for medicinal use in the UK almost three years ago, only a handful of prescriptions have been issued on the NHS. Subsequently, many patients remain unaware that cannabis is available as a legal treatment option, or are forced to turn to medical cannabis treatment through the expensive private healthcare system.

Drug Science believe that the scarceness of NHS prescriptions is largely down to a lack of clinical guidance and education for doctors. The Twenty21 study aims to improve access to medical cannabis for patients across the UK by working with licensed cannabis producers and capping the cost of monthly private prescriptions. In support of the campaign, some clinics have agreed to offer UK students with a valid student ID a £20 discount off their initial consultation.

The latest campaign hopes to change student attitudes towards medical cannabis and enlist more young people in the study, as currently 18-24 year olds only make up around 10% of patients enrolled in Project Twenty21. Despite medical cannabis being available to students and young people, this population is not typically accessing cannabis via legal means, possibly due to lack of awareness that it is available or concerns about high prescription costs.

Project Twenty21 caps the monthly cost of medical cannabis flower at £150 for 30g, making it better value compared to an average of £10 per gram on the illicit market. According to Abby Hughes, Chair & Outreach Director at Patient-Led Engagement for Access (PLEA), “You can expect to pay around £220 for an ounce of cannabis illegally, even more if you live in certain areas or need a specific strain for your condition, which is often not possible to source”.

To drive the campaign, Drug Science has gathered a team of student ambassadors to distribute posters and flyers at Freshers Fairs up and down the country, raising awareness around the history of cannabis, and highlighting the need for UK-based evidence into the benefits of medical cannabis.

Mags Houston, Head of Project Twenty21 at Drug Science, said “We’re not even three years into the legalisation of medical cannabis, so it’s unsurprising that the vast majority of cannabis use for medicinal purposes is still via the illicit market. We need people to know that cannabis is now a legal medicine in the UK, that the beneficial evidence is growing and we’re trying to make medical cannabis more affordable for those who need it most.”

Students wishing to take part in the campaign or learn more about medical cannabis can visit the Project Twenty21 website here. 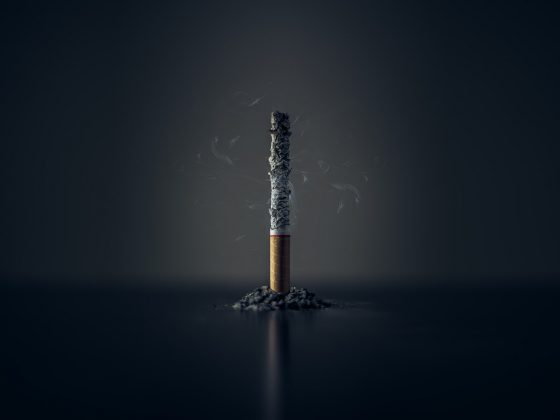 Can CBD help you quit smoking?