Algernon, a company that looks for new applications of existing pharmaceutical and plant-derived medicines, has announced that they are launching a new study that could dramatically speed-up a patient’s recovery time after suffering a stroke. The study will see patients being given a microdose of the psychedelic drug after which researchers will study the brain to determine if it helps to ‘rewire’ the affected areas.

The Canadian based company revealed in January 2021 that it would very soon be establishing a clinical research program for ischemic stroke patients. It said it will use sub-hallucinogenic doses of DMT continuously administered intravenously to patients. Scientists say the findings of the program should help them to be able to offer a much more efficient treatment to millions of people who suffer the devastating consequences of stroke.

Researchers hope to demonstrate that DMT will help stroke victims with a process called neurogenesis. Neurogenesis is the process in which neurons are formed in the brain, this starts in the embryo and continues in certain areas of the brain for our entire life.

Encouraging discoveries were made last year in a study in which DMT was given to rats after blood was withheld from one half of the brain. The rodents in the study that received the DMT showed positive signs of motor-function recovery, had fewer lesions on the brain and rebuilt brain cells more efficiently.

Researchers also claim that the drug commonly referred to as the ‘spirit molecule’ could be administered to patients by first-response ambulance crews, providing vital time-sensitive medicine on-scene to greatly reduce damage and boost rehabilitation.

The option to treat patients immediately helps to solve a problem which occurs when patients suffer one of two types of stroke; ischemic or hemorrhagic. The preferred method for doctors treating patients is to administer blood-thinning medication, but this could be fatal for patients suffering from a hemorrhagic stroke. The only way to determine between the two types is by way of CT scan, which, crucially for the success of recovery, increases the time patients wait for treatment.

“While other research is exploring DMT for its hallucinogenic qualities and effects, Algernon will be working to unlock DMT’s non-psychedelic potential to help promote healing and recovery in the brain from a stroke, one of the most devastating injuries a human being can experience,” said Christopher J. Moreau, CEO of Algernon Pharmaceuticals. “The Algernon team, which now includes global experts in DMT and stroke research, is uniquely positioned to quickly repurpose DMT into human trials in the most cost and time-effective way possible, just as we did with Ifenprodil in the on-going Phase 2 trial for Idiopathic Pulmonary Fibrosis (“IPF”) and chronic cough, as well as with our on-going COVID-19 trial.” 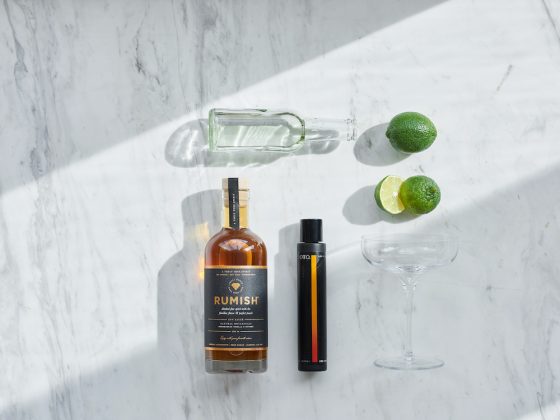