An independent cancer centre in Washington DC, USA has announced positive results from a study in which psilocybin was used to treat depression in cancer patients. It is estimated that 20% of people in the UK living with cancer suffer from depression, with 15% suffering from the most severe form, major depressive disorder.

The study, which took less than nine months to complete, was sponsored by COMPASS Pathways, a mental health care company and developer of the COMP360 psilocybin therapy. The psilocybin therapy was administered at the newly built Bill Richards Center for Healing at the Aquilino Cancer Center, which was specifically designed for the administration of psilocybin therapy. COMP360 is described as an “investigational psilocybin formulation”, and comprised of psilocybin that has been crystallized in water and microcrystalline cellulose.

Discussing the study, the clinical director at the Aquilino Cancer Center, Manish Agrawl, said “Research on cancer traditionally focuses on treatments for the physical impacts of the cancer, ignoring the devastating impact that cancer has on a patient’s mental wellbeing. These new promising findings for psilocybin are a huge milestone towards improving the quality of life for cancer patients who suffer from depression. While it’s premature to draw any definitive conclusions from this feasibility study, simultaneous administration of psilocybin therapy appears to be well-tolerated and promising in treating major depressive disorder for cancer—bringing us one step closer to transforming cancer care.”

Participants attended a six to eight hour session, where they were treated with a single 25mg dose of COMP360 combined with one-on-one counselling by a specially trained therapist. They listened to headphones with a carefully curated playlist, combined with total light blocking via custom-made eyes masks. Patients were then followed for eight weeks to measure the changes in depression symptoms.

Half of the participants were being treated with antidepressants for depression at the time of the study, and some were receiving treatment for cancer, however, most (19 out of 30) of the group had no previous psychedelic experience. All the patients were assessed on the Montgomery-Åsberg Depression Rating Scale (MADS), a clinical scale to measure depression. The group as a whole scored 25.9, which indicates moderate depression.

After the therapy, the patients’ MADS score dropped by an average of 50% after repeated visits at week three and week eight. Fifteen of the group showed signs of remission of their depression symptoms after one week, which was sustained up to eight weeks.

Paul Thambi, MD, an investigator on the trial and a medical oncologist with Maryland Oncology Hematology said, “Cancer can ravage a patient’s entire life. In addition to attacking the body, cancer also impacts a patient’s mental and emotional wellbeing. It’s time we practice whole-person healing in oncology, which means meeting all the needs of our patients, both physical and psychological. With these new findings on psilocybin, we are helping to expand the treatment options for the psychological impact of cancer that many patients face.”

The study warns against drawing too many conclusions based on the fact that this was an “open-label study in which neither patients nor raters were blinded, it is important to note that there is a significant risk that the results incorporate a large expectancy bias.” 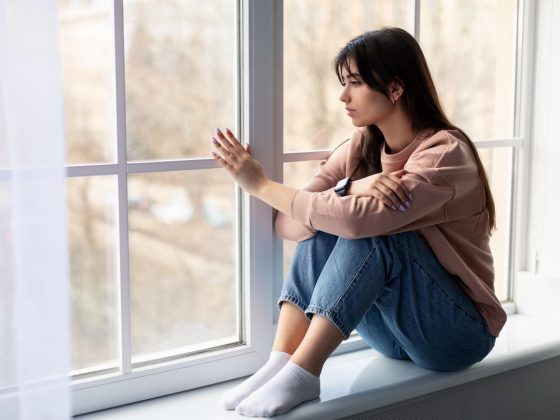 Cannabis may help with symptoms of depression and anxiety study shows

Adolescent cannabis use is not an independent cause of psychosis, research finds