Topline results from a Phase 2 study conducted by PharmaTher, a leading company in speciality ketamine pharmaceuticals, show that 100% of patients treated with ketamine experienced a reduction in dyskinesias, with no serious side effects.

The study aimed to investigate the safety, tolerability and efficacy of ketamine infusion for the treatment of LID in 30 patients living with Parkinson’s disease between the ages of 30-85 years old. Their findings confirm that ketamine is “well tolerated with no serious adverse events.” All reported side effects were “mild or moderate and reflected the expected side-effects of ketamine administration.”

According to the study’s lead researcher, Dr Scott Sherman, the study “opens the door to a fast-track development of a novel non-surgical treatment for levodopa-indued dyskinesia, that will fill a major gap in the existing therapeutic arsenal.”

Parkinson’s disease is an incurable neurodegenerative disorder that affects over 7 million people worldwide. The first-line treatment for patients with Parkinson’s is levodopa. It helps to restore dopamine deficits in the brain and, in turn, reduces some of the motor symptoms associated with the disease.

Within five years of levodopa treatment, 50% of patients with Parkinson’s disease experience dyskinesias as a result of the drug. Levodopa-induced dyskinesias, or LID, are involuntary movements of the ​​face, arms, legs or torso, and are a major limitation of the prolonged administration of dopaminergic therapies.

In an observational study, published in Case Reports in Neurology in 2016, Dr Sherman and his team hypothesised that “low-dose ketamine may act as a ‘chemical deep brain stimulation’” that disrupts the brain activity responsible for the motor symptoms of Parkinson’s disease.

The recent Phase 2 trial appears to confirm this hypothesis. Using the Unified Dyskinesia Rating Scale, all patients showed a reduction in their scale rating when treated with ketamine, ​​compared to the pre-treatment baseline.

Fabio Chianelli, the CEO of PharmaTher, commented that the clinical study “paves the way for a potential Phase 3 clinical study to support FDA approval via the 505(b)(2) regulatory pathway.” The company plans to use their proprietary ketamine, KETARX™, for future trials.

As of yet, PharmaTher has only released their early topline data. Despite the hugely promising findings, the results provide no indication of the most effective dosage or the extent of symptom improvement. The full results of the study are expected to be presented at a medical congress by June 2022. 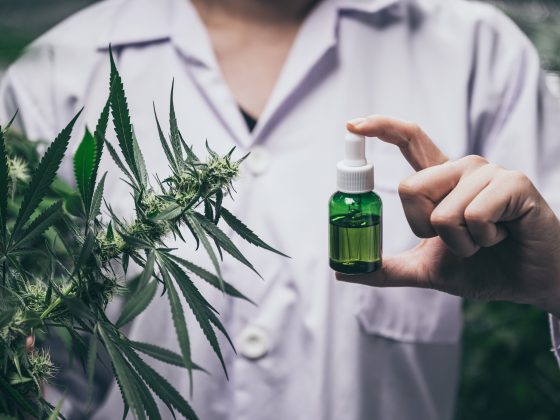