A study led by the Medical University of South Carolina neuroscientist Erin Martin has found that cannabis users experienced lower levels of depression, with some also showing an improvement in their anxiety levels.

The observational study, published in the journal Frontiers in Psychiatry, involved 368 participants who were already using cannabis and 170 additional participants who did not use cannabis in a control group. All participants were asked to partake in an online survey to report their current experiences with anxiety and depression, alongside sleep quality, quality of life, chronic pain issues and their use of cannabis.

The experiences the participants detailed in their online surveys were analysed by researchers who used the Hospital Anxiety and Depression Scale (HADS). Scores on the HADS above 8 are considered to indicate a clinical concern, some of the participants scored up to 21.

The study also showed that when a small number of participants from the control group took up cannabis in a follow-up, researchers found that reported instances of anxiety dropped. “While we observed no effect of medicinal cannabis use on anxiety at baseline, participants that initiated cannabis use during the follow-up period reported a significant reduction in anxiety that was not mirrored in non-initiators.” the study said. Researchers investigating the results of the trial also found participants who reported using cannabis products containing higher amounts of CBD compared to THC reported more positive effects on their depression. The positive results were not affected by those taking traditional antidepressants.

Concluding, the report states “Medicinal cannabis use may reduce anxiety and depressive symptoms in clinically anxious and depressed populations. Future placebo-controlled studies are necessary to replicate these findings and to determine the route of administration, dose, and product formulation characteristics to optimize clinical outcomes.”

However, the data provided by participants has its limitations for a number of reasons, and readers should be careful not to view cannabis as an elixir that will solve all of their depression and anxiety problems, and it will not instantly transform everybody’s quality of life. It is also important to understand that correlation does not equal causation, and more research needs to be conducted in this field before solid conclusions can be drawn. 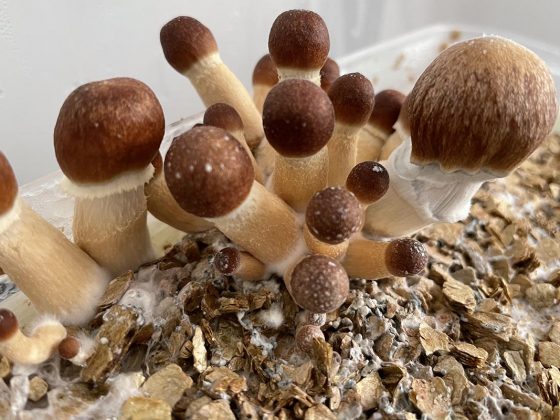