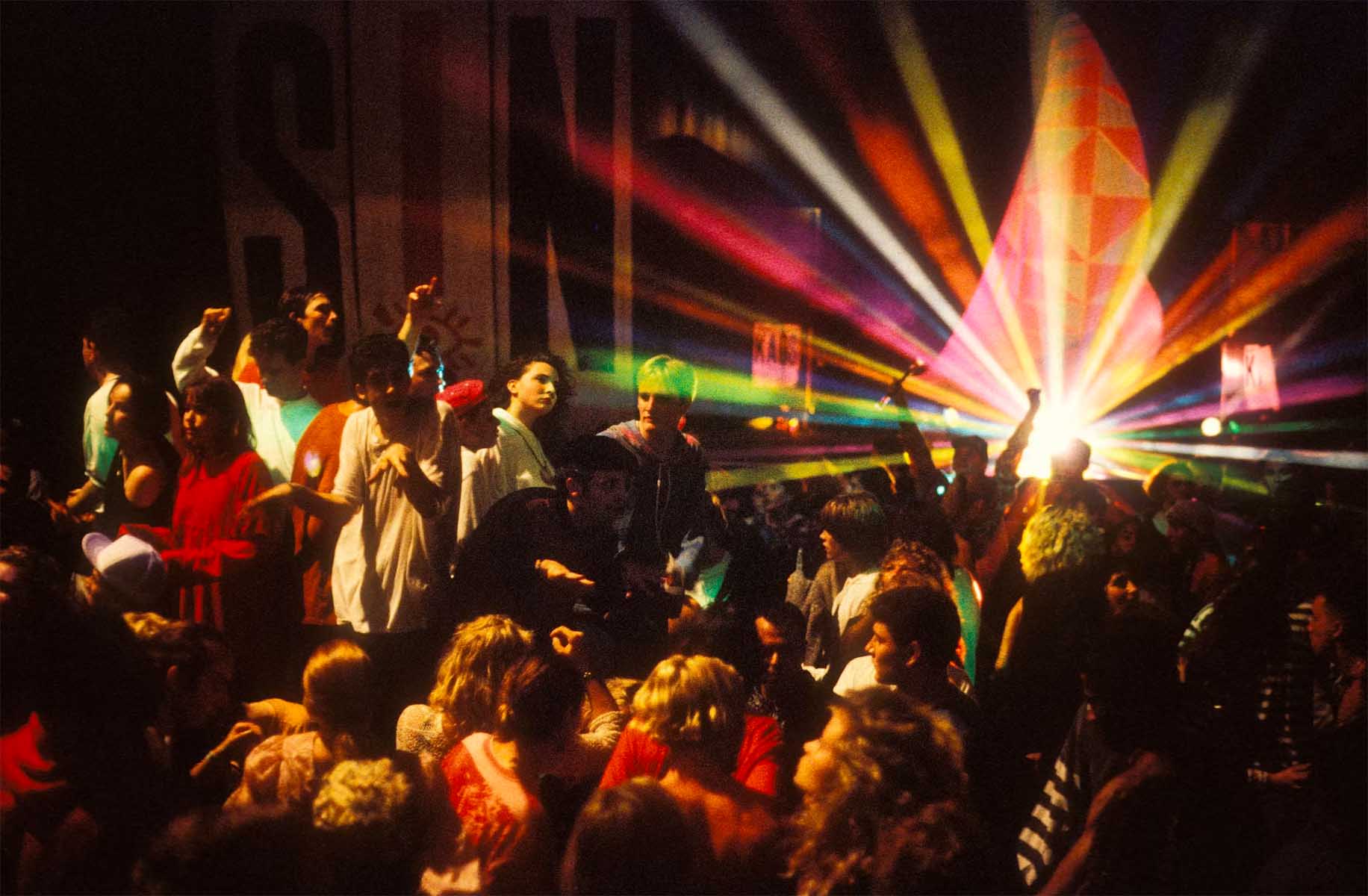 Parties and protest are intrinsically linked – the act of coming together under a common love for music and uniting for a cause is nothing new. Under the banner of electronic music, the UK has a long history of combining repetitive beats and radical ideas to fuel protest against the injustices of society. As the Conservative Party once again aims to crack down on non-violent protests judged to be too noisy, we look back on dance music’s history of fierce and relentless resistance in the UK.

The late 1980s saw the effect of Thatcherism in full force. Strict austerity measures impoverished large sections of Britain, with areas in the North being hit the hardest. Mines were shut down and thousands of jobs were lost, yet the Tories’ neoliberalist agenda positioned those struggling as simply not working ‘hard enough’. Class inequalities widened and the myth of meritocracy worked to keep systems in place. The dire political state of Britain generated a collective need for escape, and what arose would change the nature of rave and dance culture forever. The counterculture that emerged, deemed the ‘Second Summer of Love’, saw the emergence of mass free partying on a scale never seen before. Simultaneously, a subgenre of house music from Chicago and Detroit was making its way over to Britain and came to be known as acid house. The name ended up lending itself to the entire rave movement, and was characterised by ‘squelching’ repetitive bass produced by the Roland TB-303 synthesiser. The acid yellow smiley face became synonymous with the movement and still remains an icon of British counterculture today.

What makes the era of acid rave so unique is the organic nature in which it developed. Though the movement never began as an intentionally political act, it was created as a direct response to the hardships faced by the youth of Britain. Those who felt incapable of inciting any change turned to dance culture to escape, and a community was created as a result. Putting on raves required intense planning and teamwork; locations had to be scouted, sound systems needed to be obtained and set up, and people from all walks of life pooled together to make it happen. Profit was not the priority; it was to put on a night that would make you forget about everything else. The rise of ecstasy accompanied the movement and was (for the most part) safe and readily available, acting as an enhancer of the entire experience. The effects of MDMA made the sense of togetherness tangible, with those from all walks of life feeling the same euphoria. Raves were frequented by almost everyone. From the working class, people of colour, LGBTQ+ people, football hooligans and hippies alike were a part of the movement, and it is still one of the largest in youth culture to ever exist.

Underground rave culture subverted the ethos of the British establishment, and soon the state began to catch on. Police began to violently crack down on the events, and the tabloid press used anti-drug propaganda to create a moral panic surrounding the movement. The Criminal Justice and Public Order Act (1994) acknowledged the term rave, and even had a clause that gave police powers to shut down events that featured music ‘characterised by the emission of a succession of repetitive beats.’ Essentially, this law marked the beginning of the end for the free party movement and has since changed the nature of British dance culture. Anti-Criminal Justice Act protests occurred, but the fallout was used by the press as further ammunition to demonise the counterculture, with the Battle of Park Lane acting as the final nail in the coffin for the free party scene. Despite the crackdown, the social and cultural habits that acid rave created are still significant today, and the parallels in recent years are becoming more and more apparent.

By the end of the 90s, dance culture had been forcibly moved from the underground into the commercial scene, giving birth to the rise and inevitable fall of the superclub. Whilst clubbing and dance music was still a way to escape, it was now being marketed and sold to the very people who originally created the events for free. The criminalisation of free parties also saw the rise in festivals, which are still a staple in British dance culture today. The market was fragmented and there was a genre for everyone; from garage, to happy hardcore, to the emergence of dubstep, the dance scene had evolved and fragmented, every genre lending itself to a mass-produced chart hitting compilation. For a while, MDMA faded from the scene entirely, and New Psychoactive Substances (NPS) or legal highs began to emerge. It seemed that the collective resistance that acid rave was born out of no longer existed in the same way.

After remaining in power for over a decade, the Tories’ reign is producing an eerily similar Britain to that of the late 80s. Cuts to public services like the NHS continue, and as a response to the recession (caused by the pandemic), Boris Johnson has proposed a 1.25% national insurance tax increase that will hit ordinary people the hardest. The Brexit referendum in 2016 divided the country more than ever, and the climate crisis is growing increasingly imminent. It seems that such an unpredictable social climate has once again ignited a fire under the youth culture of Britain. With the addition of social media and the internet, it seems that the once-rendered-powerless youth have another opportunity to fight the burgeoning culture war. In recent years the lines between dance culture and protest have blurred, evident at the 2018 anti-Brexit protest rave in London. Using mobile soundsystems (reminiscent of the acid rave set-ups) with DJs such as Artwork, Horse Meat Disco and Johnny Woo playing, the protest-rave saw thousands take the streets of central London to collectively resist. Furthermore, anti-establishment bootleg designer Sports Banger created a similar environment at his Mega Rave at Glastonbury. The message was spread using social media, and that message was ‘FUCK BORIS’. He even gave away 300 free T-shirts donning the phrase, a gesture demonstrating the same community-over-profit ethos born from acid rave. Banger even uses the smiley face iconography in his work, and it signifies that rave (and its message of resistance) is not dead.

This new era of rebellion has not gone unnoticed by the state, and government crackdown once again echoes the effects of the Criminal Justice Act that killed the free party era. Home Secretary Priti Patel is fighting to implement new legislation under the Police, Crime, Sentencing and Courts Bill (2021) to restrict the right to protest, and it puts the future of democracy at risk. In policy papers, the government argues that the 2019 Extinction Rebellion and the 2020 Black Lives Matter protests were ‘too disruptive’ and are now proposing that police have additional powers to stop this occurring. It seems that the same culture war that emerged in the acid rave era is still very much alive and kicking, but so is the resistance of the people. 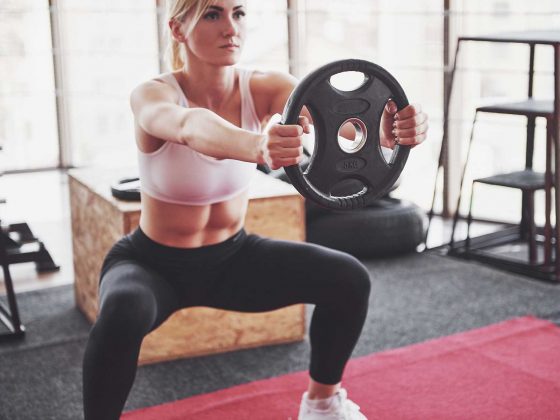 The ways CBD can help with sports recovery