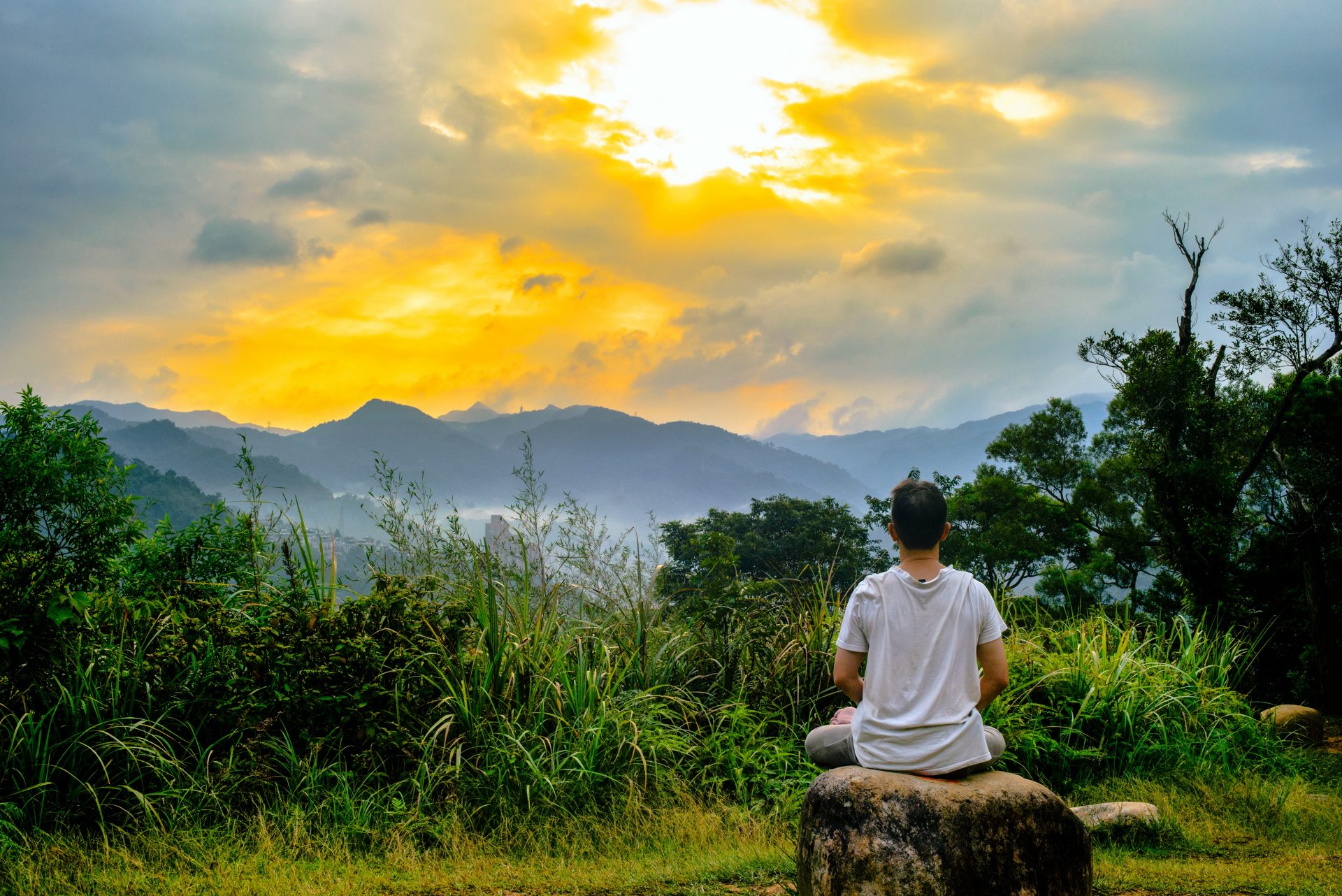 With over 100 billion neurons and 1,000 trillion synaptic connections in the human brain, our neural pathways are constantly firing. The brain sends electrical signals without us even realising, but in our fast-paced society, it can sometimes feel as though our mind is in overdrive. When we can feel our thoughts racing, how do we switch them off?

Meditation is the practice of silencing our minds; it can be thought of as a daily reset button – freeing yourself of the past or future, and simply being present. When practised correctly and regularly, it is within our power to change our own brain.

Meditation: what, when, and how

From the Latin meditatum, meaning ‘to ponder’, meditation is an ancient practice that trains our focus and awareness with the aim of achieving mental tranquillity. Meditative practices date back generations, recorded in Eastern religious cultures as early as 1500 BCE. Even in its mainstream, secular form, meditation is still heavily influenced by Buddhist and Hindu traditions.

There are countless meditative techniques, including focussed attention, mantra recitation, and compassion meditation. Mindfulness is a hugely popular form of meditation. There is no solid definition of mindfulness, but the general premise is to be intensely aware of the present moment – noticing your thoughts and bodily sensations as they come and go, but without judgement.

After reports of mindfulness meditation having immeasurable benefits on stress levels and mental wellbeing, Dr John Kabat-Zinn founded mindfulness-based stress reduction (MBSR) in the 1970s. This 8 week-long course of weekly group mindfulness sessions and 45 minutes of daily training is widely accepted as an effective stress-busting technique.

The growing popularity of MBSR has captured the attention of researchers. With meditative techniques appearing to have benefits in countless clinical areas, scientists are beginning to understand just how powerful meditation can be – but can meditation change the brain?

Until the 90s, brain imaging was limited to a single snapshot; it was impossible to see how the brain functioned in real-time. That was until fMRI, a technique developed by Dr Seiji Ogawa in 1990. This allowed researchers to image the brain during cognitive tasks and has since revealed the marvels of the meditative brain state.

Meditation has a pronounced effect on the default mode network (DMN) – a collection of brain regions that govern our egocentric, absent-minded thoughts. The DMN is our default mode of thinking and is most active when we think about ourselves, our past, and our future.

For most people, our everyday anxieties centre around past mistakes, future concerns, or self-criticism. This inward thinking can send our DMN into overdrive, which can be detrimental to our mental health.

Meditation helps us to become more aware of the world around us. We cease to mentally time travel and exist only in the present, paying greater attention to how we feel – physically and emotionally.

The beauty of the human brain is that the more (or less) we use a brain pathway, the stronger (or weaker) it becomes. The more we practice meditation, the more inclined we are to foster present moment awareness. We are then less likely to slip into a negative thought spiral about our past and future stresses.

This is a similar phenomenon to the psychedelic brain state, which is also characterised by the collapse of the DMN. Psychedelics effectively fast-track the brain to a deep meditative state. Scientists in the new wave of psychedelic research have even begun to investigate psychedelic-assisted mindfulness in the hope that the two therapies, used in combination, could permanently shift the brain into a more tranquil state.

With consistent training, meditation has the potential to induce permanent trait changes. This is because the human brain is surprisingly malleable; it can modify its structure and function by adapting to new environments – a process known as neuroplasticity.

Research into lifelong meditators indicates that meditation can physically change our brain’s structure. A review of 21 brain imaging studies found consistent morphological differences within 8 brain regions between long-term and non-meditators. These regions include those involved in body awareness, memory, and emotion regulation.

Fascinatingly, similar structural differences have been noted after just 8 weeks of MBSR. Specifically, meditation was found to increase the cortical thickness of the hippocampus, a brain region involved in memory consolidation and skill acquisition. Researchers also found reductions in the volume of the amygdala, the “fight or flight” centre in the brain that is responsible for initiating our stress response. A follow-up study then revealed that these specific brain changes correlated with improved mental wellbeing.

Electroencephalogram (EEG) is an alternative brain imaging technique used to analyse human thought by quantifying the frequency and location of electrical brain waves. In neuroscience talk, these brain waves are called “neural oscillations”. There are varying oscillation speeds that have been categorised into bands and correspond to specific brain activity.

Generally speaking, faster brain waves – gamma and beta – are associated with active learning and cognitive tasks: planning ahead, problem-solving, organising our day, and so on. Some studies have shown that meditation can reduce beta wave activity.

Mindfulness has been recommended by the NHS since 2005 and has become a successful tool for many, but not everyone has the luxury of time to practice meditation, or the motivation to do so. Happiness is not necessarily a learned skill, and pharmacological avenues should be utilised by those who need it.

That being said, numerous studies have revealed the therapeutic benefits of meditation/ There are countless branches of clinical medicine that could utilise this practice.

Mindfulness training can be hugely effective at reducing ruminative thoughts, anxiety, depression, ADHD symptoms, and even treating nicotine addiction. One review paper, published in JAMA International Medicine, noted that the effectiveness of meditation is the same as that of antidepressants. It is by no means a revolutionary treatment, but the evidence shows that meditation does improve our mental wellbeing.

Aside from improving our mood, meditation may even support our mental capacity. One study found that long-term meditators show reduced age-related atrophy (brain ‘shrinkage’) than non-meditators of the same age. Mindfulness training has even been shown to improve cognitive function in patients with mild cognitive impairment, those most at risk of neurodegenerative disease. Remarkably, meditation appears to protect the ageing brain.

Despite meditation being a brain-training technique, there is evidence to suggest that it can also benefit our physical wellbeing. Studies have shown that meditation can lower blood pressure, support our immune system, relieve symptoms of irritable bowel syndrome (IBS), and even ease chronic pain.

Outside of the clinic, meditation has never been more accessible. There is a growing number of apps for guided meditation, and there is even technology to steer your brain into the meditative state. Lumenate is an app, developed with the science of meditation in mind, that delivers sensory input – light and sound – to kickstart the brain into a transcendental state. For those who struggle with the initial stages of mindfulness, it’s a great place to start.

Meditation is a learnt skill; it doesn’t always feel easy, but the practice itself is simple. Set aside just a few minutes every day to quieten your mind, dampen your negative thoughts, and transform your brain. 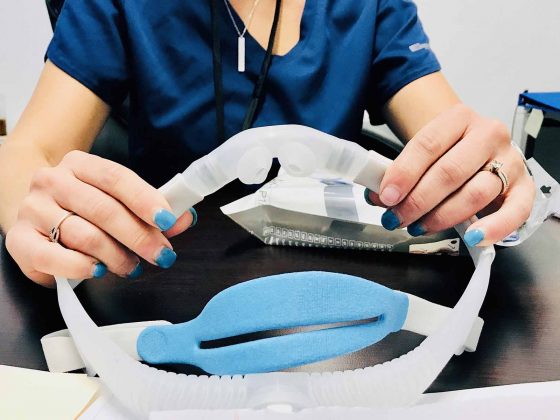