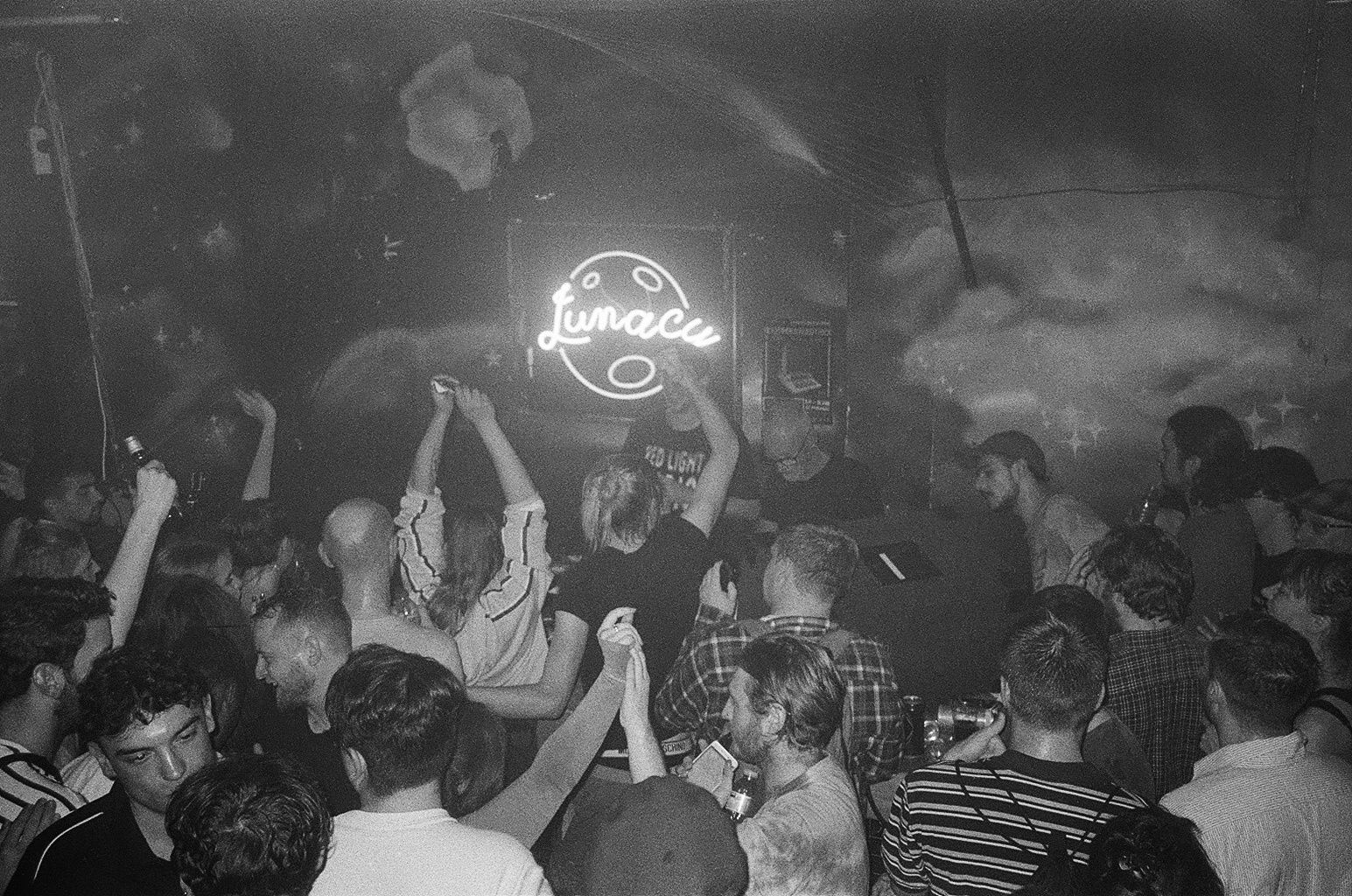 From the depths of Glasgow’s esteemed underground after-hours party scene, a collective has been formed. Founded 6 years ago as a 2-floor warehouse party in an old Scottish confectionery factory in the southside of Glasgow, Lunacy self-describes as ‘thriving, eclectic and full of bucky’. They have since evolved into a regular club night, record label, mix series and, a brand of innovative rolling papers. 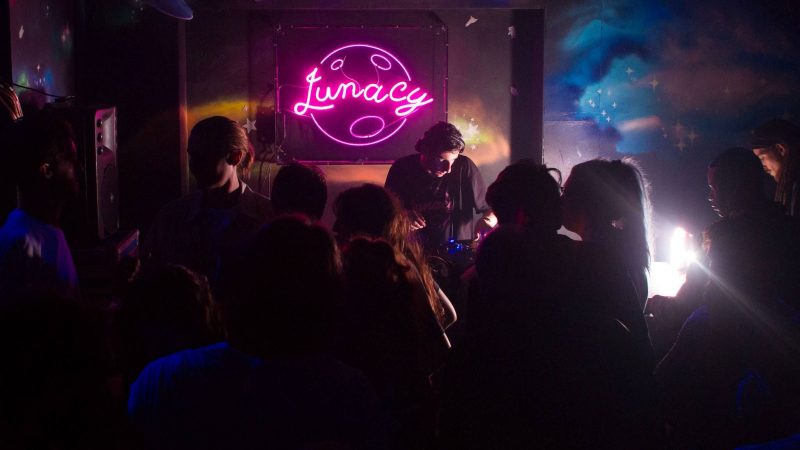 Lunacy rolling papers are the first to incorporate a wind-resistant, magnetically sealed rolling tray into the packaging the papers come in. This makes them super durable and perfect for all sorts of active lifestyles festivals and parties. Not content with innovation all the artwork is designed by local artist Spencer Stearns. 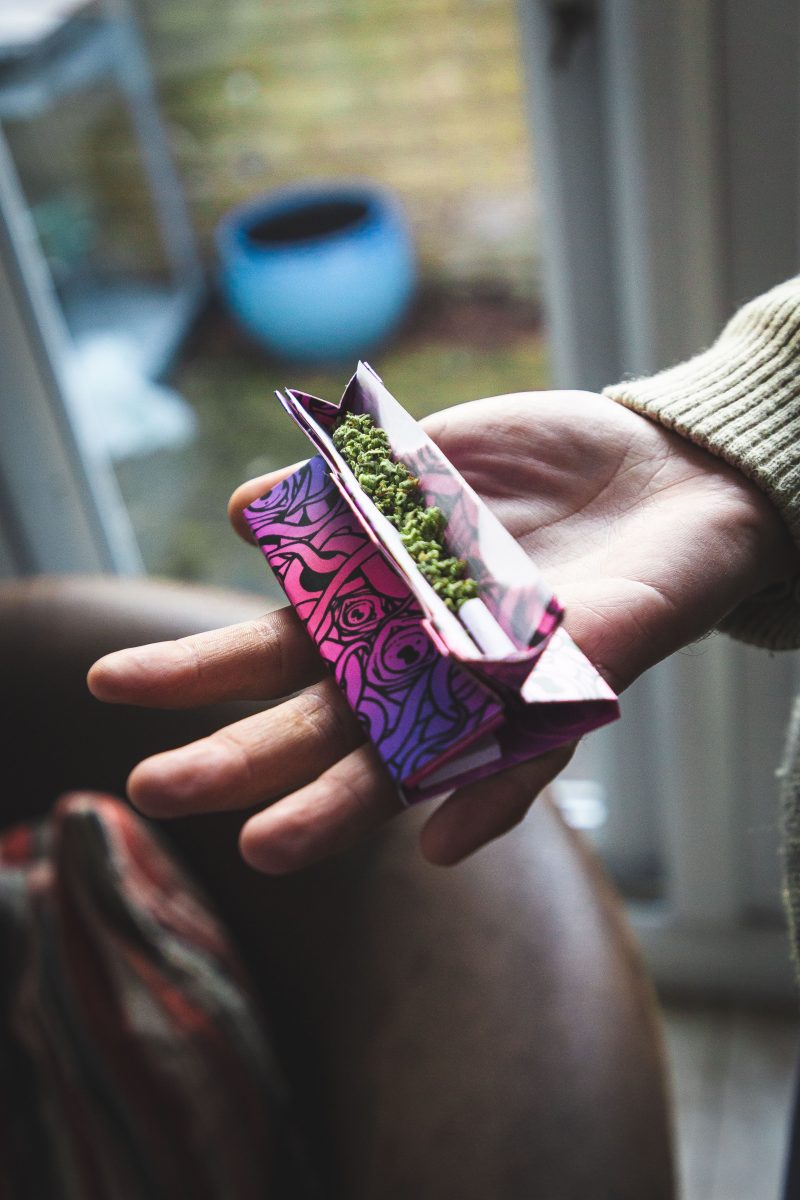 The crossover point from the underground club and music scene to rolling papers allows Lunacy to keep doing what they love without financial burden, “the more successful the skins are, the more we can do the cool things we want to do with music.”

“We like the music we like and unfortunately, unless you want to do mainstream stuff, it’s difficult to make a living, or even operate a label and club night in “underground” music.”

“The label and club nights are just the starts and we’ve got big plans. Other than that, we smoke weed, we like joints, it just made sense.”

The creative process behind the making of the papers came from Lunacy members growing tired of using the crease of a skin packet to roll. The first iteration which had the tray in a different place to where it is now was made.

The idea of moving the tray to the top of the packet to save on paper was introduced and then thought of having it sealed with magnets as opposed to a piece of string would work well.

There were several iterations of the papers before they came to the realisation that if the magnetic plates were placed in the tray itself, it would seal the packet closed and hold the tray together in the neat, pyramid shape that it does.

For the artwork itself, Lunacy worked with some excellent local artists, who initially made 4 designs that corresponded with an extremely ambitious (but fruitless) dark fantasy graphic novel story that was going to be written and turned into a series for their website.

“That idea was abandoned in the creative process, but we liked the thought of every box having 4 different designs in it, that we could change periodically so that the packets themselves could become a kind of collector’s item.

Unfortunately due to costs and the lengthy debates over which designs to use, that idea had to be put on hold but we’d like to do it again when we can afford to spend hours debating it instead of working! Eventually, Spencer’s bright, slick and eye-catching Leviathan design was selected as the one to use for the initial big push of the skins.” 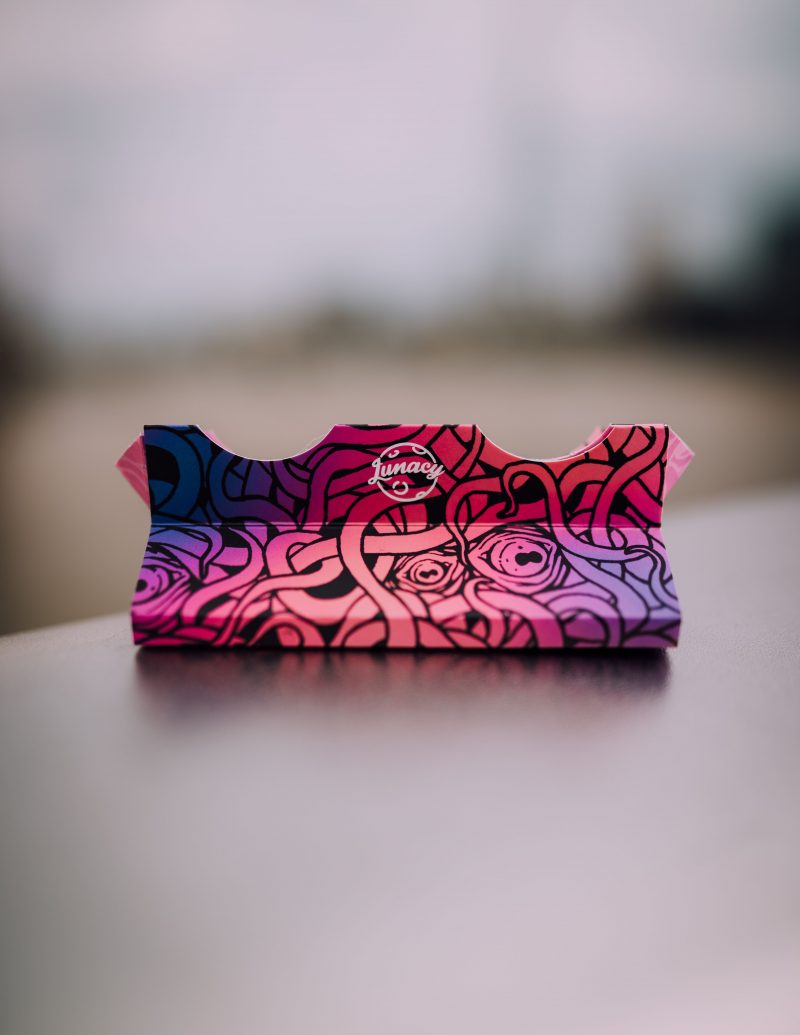 It was important to Lunacy that they represented the city as much as possible when creating the papers. “Glasgow is a hive full of creative people and we’re fortunate to know plenty, so having the opportunity to promote their work to the world was too good to pass up.”

“We do have ideas to open up future designs to the public, doing competitions in graffiti and tattoo magazines/socials etc. It’s a good way to engage with like-minded people who like what we do. Along with future collaborations with new graff mag Bonkerz that has just released its second issue.”

Musically, Lunacy had their first release out last year which was a 17 track compilation of artists from all over the globe released on digital, CD & cassette. Coming out in December is their debut vinyl release from Berlin-based artist DJ Frankie, a 5 track EP that has a nod to Rave, Breaks and Electro. The record will be distributed by Bordello A Parigi.  The Lunacy label is an extension of the 6 years of parties they have thrown together. They’ve taken influence from their warehouse events, their resident DJs and the “eventual after-afters party in the office with the dregs of our pals. Pure cauldron of belters.” 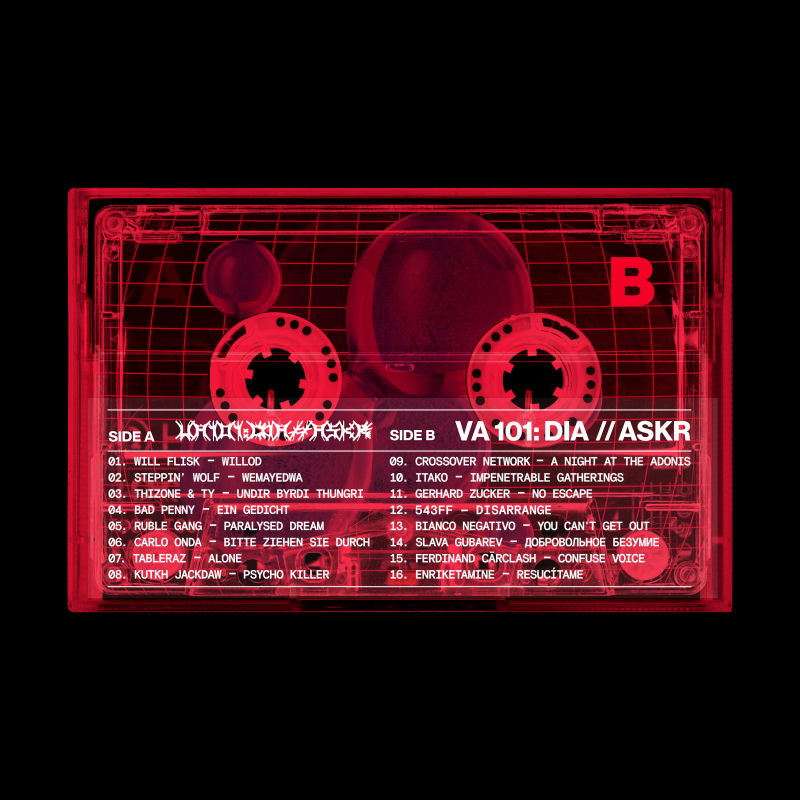 “In the office, we mainly just listen to demos we get sent in. But individually some of the recent mixes/tracks we have been listening to are by  Tako & Orpheu The Wizard, Linea Aspera, Alicia Carrera, Julia Mira, Mairo Nawaz, Adrian Marth, Jana Woodstock, Bunnydrums, Data Bank A Motorama, River Yarra and Kuzina.”

So what is next for Lunacy? “We’ve got some interesting things going on in the background with the skins but we won’t divulge anything there just yet. What we can say though is – it’s out of this world.”

They’re looking forward to their first club event since being in lockdown. 13th of November at Room 2 in Glasgow. “We’re aiming to make the club more of an experience again, focusing more on creative event production rather than booking big international names.”

Additionally, the release of their first vinyl EP by DJ Frankie in December which is “full of bangers”. As well as this is their NYE party at Drygate Brewery – so plenty to look forward to from the Lunacy team. 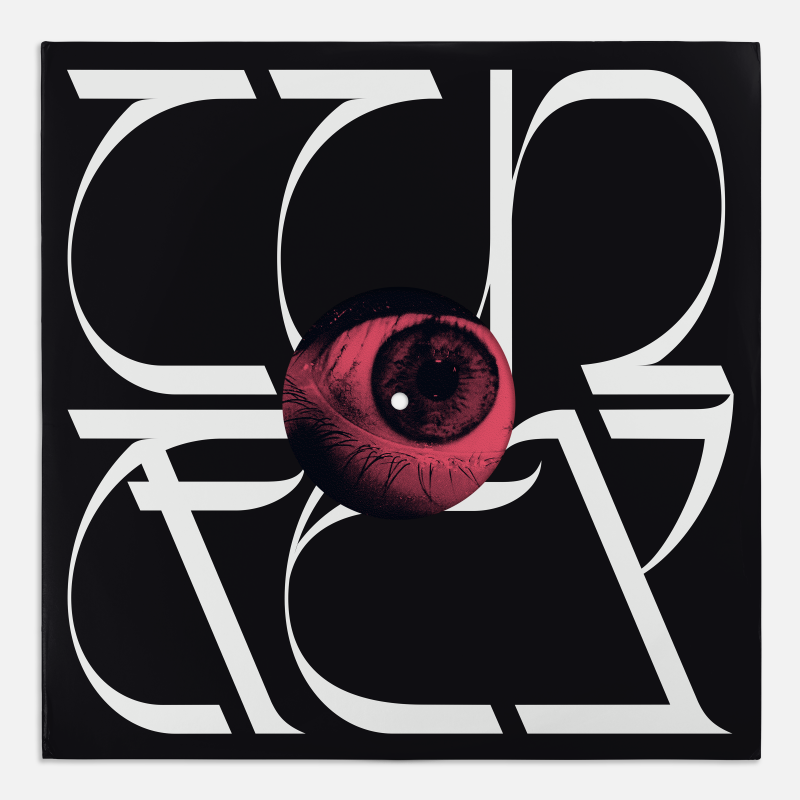 Lunacy’s debut record is available to preorder on Bandcamp. 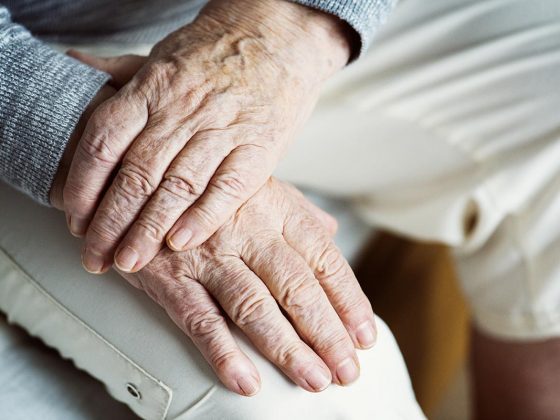 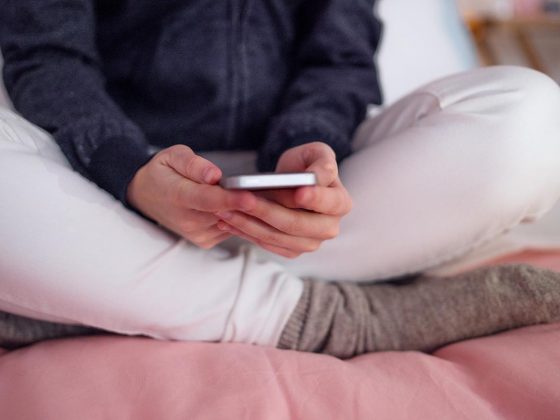 Smartphones could be used to track if you are high