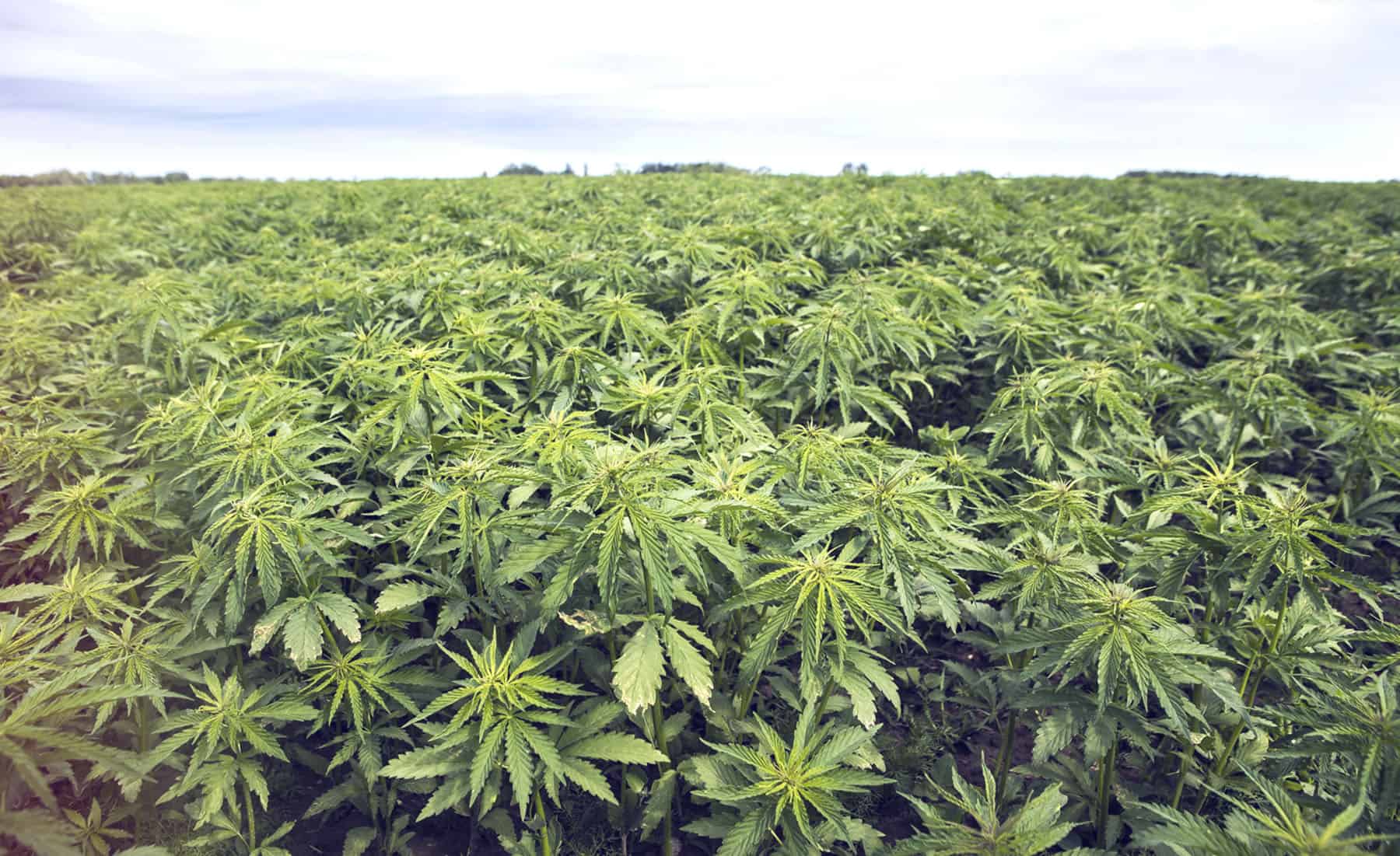 Hemp is one of the strongest and cleanest natural fibres in the world. Environmental campaigners have long preached, through memes, social media posts and campaigns, the many potential everyday uses that this eco-friendly material could be used for. From clothing and paper to industrial products and building materials, hemp is often billed as the solution to many of the world’s problems.

Scientists – and now most politicians and heads of state – agree that we must find alternative ways to tackle our dependence on fossil fuels and plastics. Given that hemp has been proven as an alternative to these environmentally destructive substances, why is it that this miracle crop isn’t in wider use today?

The history of hemp

Marijuana and hemp both come from the same species of plant, Cannabis sativa. Illegal cannabis is defined as any Cannabis sativa plant that has greater than 0.2% THC. THC is the primary psychoactive compound in cannabis – aka the part that changes a person’s mental state. The more THC you consume, the more changes you will notice in your cognition and how you feel – the nervous system in your brain has been altered. Effectively, THC is what gets you “high.” Cannabis products used in manufacturing are commonly referred to as ‘industrial hemp’ and in the European Union, it is legal to cultivate and supply cannabis plants for hemp fibre if the level of THC is under 0.2%.

Hemp is in fact rich in an array of nutrients, able to thrive in dry climates, and it also contributes to the health of the soil itself. Hemp has also been proven to have multiple health benefits for the human body, hence it’s popular usage in commercial production as an ingredient in beauty products, soaps and even health foods – seeds, pasta, muesli. Evidence also suggests hemp oil helps with certain skin conditions and inflammation. With so many purported medicinal and nutritional uses, hemp is something of a miracle substance.

Furthermore, the fibres of hemp have been used for centuries to produce weaves that can be used to make clothes, rugs, and various home decor items. As a plant, humans have realised it’s potential throughout the ages – it was used as herbal medicine in ancient China, Rome and Greece and King Henry VIII apparently considered hemp so useful that in 1533, the Tudor king made hemp cultivation compulsory by law. All farmers in England were required to allocate a proportion of their land specifically for the growing of hemp. This hemp was used to produce naval equipment like rope, nets and sails.

Presidents George Washington and Thomas Jefferson both grew hemp and Benjamin Franklin even had a hemp paper mill! Even so, hemp as a crop has been on both the right and wrong side of popular opinion throughout history. In the early 1930s, it was hailed as the new “billion-dollar crop” in America in its potential to displace imports of other raw materials. However, business moguls with vested interests (their products competed with hemp), supposedly banded together to destroy the crops reputation and successes before it’s benefits were ever truly realised by the public. During the late 20s and early 30s in America, Hemp was the preferred source for paper. As a consequence, the newspaper tycoon, William Randolph Hearst, who owned a vast amount of timberland, started a movement to outlaw hemp, even going to the lengths of financing a propaganda Hollywood film “Reefer Madness” that promoted the ‘evils’ of cannabis. A detrimental smear campaign in the 1930s, headed by Harry Anslinger, the appointed first commissioner of the Federal Bureau of Narcotics, put a final end to hemp use in 1937 with the Marijuana Tax Act.

As the contemporary writer and journalist Johann Hari explains in his 2015 book ‘Chasing the Scream: The First and Last Days of the War on Drugs’

“From the moment he took charge of the bureau, Harry was aware of the weakness of his new position. A war on narcotics alone — cocaine and heroin, outlawed in 1914 — wasn’t enough. They were used only by a tiny minority, and you couldn’t keep an entire department alive on such small crumbs. He needed more.”

If hemp had broken through the commercial gridlock of 1930s America, perhaps it would have gone on to fully infiltrate consumerism by the end of the century.

Today, over 30 countries around the world allow farmers to grow industrial hemp and many entrepreneurs have cottoned onto the practical and industrial benefits of hemp. Some small new businesses have taken off and found a niche market for consumers trying to be more eco-friendly. ‘UK Hempcrete’ sells hempcrete (or “hemp-lime”) alongside other natural and low-impact materials for both new build construction projects and the repair and upgrading of traditional and historic buildings. Various small, independent companies such as ‘Good Hemp’ and ‘The Hemp Shop’ have worked tirelessly to bring hemp alternatives to everyday products such as oil, clothes, food, seeds and soaps. Even some of the largest automobile companies in the world – BMW, Mercedes and Bugatti – have begun to incorporate hemp plastics into their products. The latest Porsche model – the luxury sports car that is the 718 Cayman GT4 – is made up of hemp fibre panels manufactured by the Dutch company Hempflax. Hemp’s potential seemingly has no bounds.

In order to grow industrial hemp in the UK, farmers need a Home Office licence which can only be granted to growers using EU approved hemp seeds with low THC levels. Furthermore, only the plant’s stalks can be processed for the commercial production of industrial hemp fibre, and only the seeds can be pressed for oil. In the US, farmers are required to get approval from the Drug Enforcement Agency (DEA) before they can grow hemp. So if farmers can legally obtain a licence to grow hemp, why is it not being done on a wider scale? And with plastic waste polluting our oceans and threatening marine ecosystems, why are we still using the detrimental material when we have an alternative?

Although you can find biodegradable hemp plastic, hemp beauty products and hemp foods in some local and chain shops, we are yet to see the plant replace plastic and building materials on a large, industrial scale. There are various reasons for this. Firstly, building with hemp is significantly more expensive than with more traditional materials. Secondly, while there are cheap licences available to businesses in the UK, the UK hemp industry is lagging behind those of other countries due to legal restrictions, lack of clear policy, subsidies and manufacturing infrastructure. Hemp is still yet to break through the red tape as a sustainable alternative crop in the UK.

According to Greenpeace, a truckload of plastic enters the ocean every single minute and UK supermarkets alone produce 800,000 tonnes every year.  The media and a huge social movement are putting pressure on governments to act. Even big plastic producing companies such as Coca-Cola have experimented with plant-based bottles, but their commercial products are made from no more than 30% plant-based materials, while the remainder is made from traditional petroleum sources. This is mainly due to cost and infrastructure. While fossil fuel costs are kept low with subsidies, hemp products, for the most part, remain costly luxury items and decades of drug prohibition mean we’re still lacking much of the infrastructure needed to grow and process hemp into plastic.

Despite these uncertainties and restrictions, advocates believe that hemp farming must be expanded upon in the UK so that the country can reap the benefits of this so-called miracle crop on a commercial and environmental level. With more innovations in hemp plastic technology, investment and research into hemp alternatives, we may see the price of producing hemp products decrease and their availability escalate.

There is a strong movement towards the wider usage and adoption of hemp based products, and the UK hemp industry is certainly on the rise. Leaders in this sector are exploring the potential benefits of hemp for carbon reduction and environmental and economic industries; advocates are pushing to ensure that the UK follows the lead of China and the US in their hemp producing industries. Globally, we are seeing hemp-related businesses emerging and thriving and it appears that with recent law changes, we will see hemp used more widely in material goods in the future.

There are clearly a few more milestones in the journey before we’ll see the best sustainable alternatives to petroleum-derived plastics widely adopted. However, new research is promising and it is certainly ramping up. Governments and nations around the world are gradually becoming more aware of the need to drastically reduce the use of petrochemicals. Enter hemp. It’s increasingly being recognized as having tremendous potential in our natural ‘toolbox’ of promising crops for bioplastics, and hemp’s future as a product in mass production is looking bright. 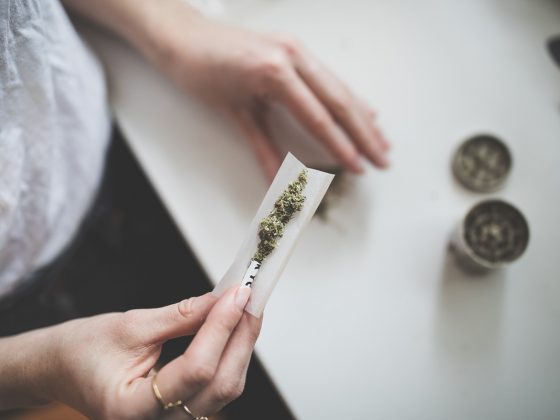 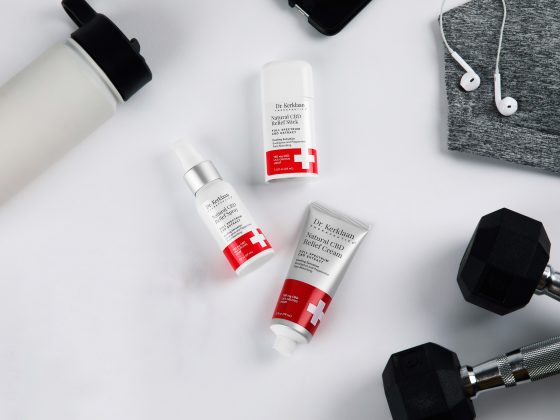 The CBD gifts to give this Father’s Day