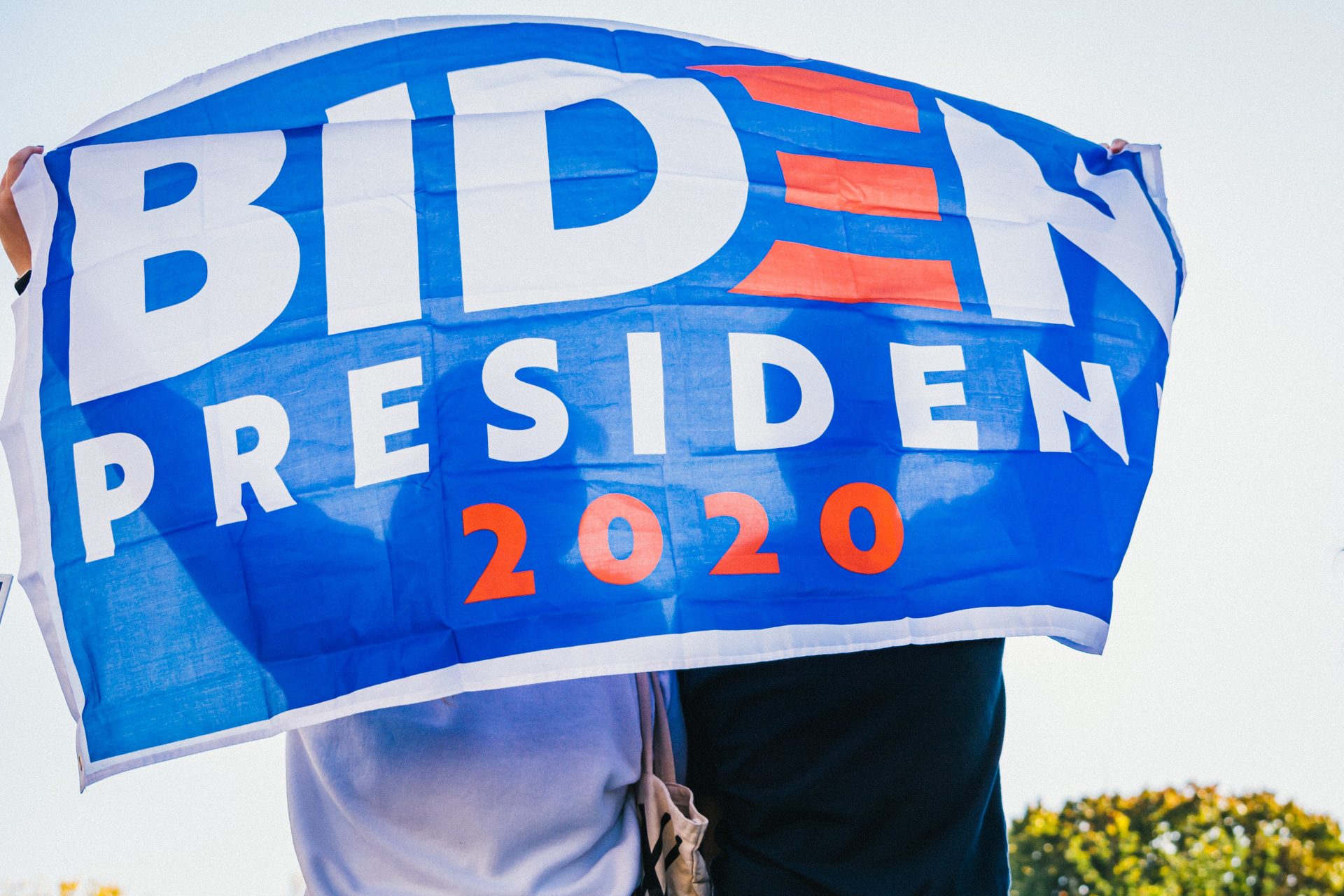 The 2020 presidential election is over and the media has since been filled with optimistic takes on Biden’s signing of various executive actions. Although millions gave a sigh of relief that Trump’s rollercoaster four-year term was over, the more sceptical of us fear a return to the old ways. The U.S. system was broken and ultimately led to the rise of Trump. We cannot simply go back to normal’. Despite some glimmers of hope surrounding cannabis decriminalisation during the presidential race,  will we see it on the Democratic Agenda anytime soon? As it stands, on a federal level, cannabis is a Schedule 1 drug with “no currently accepted medical use”.

During the primary race, Biden’s campaign did call for some reforms, but these could hardly be interpreted as radical or progressive in comparison to other Democrats. Whilst Bernie Sanders pledged to “legalize marijuana in the first 100 days with executive action” and “vacate and expunge all past marijuana-related convictions”, Joe Biden talked about only decriminalizing the use of cannabis, and did so somewhat reluctantly. With public support for cannabis reform in the US at an all-time high – a recent Gallup poll showed 68 per cent of Americans support legalisation – the Biden / Harris administration might have to embrace the calls of the American people now they are too popular to ignore.

Let’s take a look at Joe Biden’s stance, history, his new administration, what the experts are saying and how any changes to the law could impact the UK.

In October 2020, Joe Biden published a video on Youtube that stated that the Biden-Harris plan on marijuana would “decriminalise marijuana and automatically expunge prior marijuana convictions.” In December Democrats in the House of Representatives passed the MORE Act, which would have removed marijuana from the schedule of illegal drugs, but the Republican Senate didn’t pass the bill. Activists and those in favour of legalisation are worried that Biden will be slow to move forward with the reforms outlined in the Democrats’ 2020 platform, or simply ignore this agenda and there is plenty in Biden’s background to cement these worries.

Kamala Harris is more fervent in her support for cannabis legalisation. In fact, as senator, she became the chief Senate sponsor of the Marijuana Opportunity Reinvestment and Expungement (MORE) Act (mentioned above) and co-signed Senator Corey Booker’s Marijuana Justice Act​. She publicly stated her reasoning: “It’s what we need to to make marijuana legal at the federal level. It’s the smart thing to do. It’s the right thing to do, and I know this as a former prosecutor, I know it as a senator… the fact is that marijuana laws are not implied and enforced in the same way for all people.”

Biden has so far drawn the line at cannabis decriminalisation, but only time will tell if Kamala’s more progressive policies will have any influence.

Back in the 1980s and 90s, Biden was actually a leading voice in the War on Drugs. In 1994, when Joe Biden was senator, he focused on criminal justice and drug policy and was responsible for co-writing the 1994 The Violent Crime Control and Law Enforcement Act, which led to mass incarceration and propped up institutional racism. The 1994 bill, dubbed ‘the crime bill’, designated billions for new prisons, introduced the “three-strikes” life sentence mandate and encouraged aggressive policing. After the bill was put in place, mass incarceration skyrocketed, mainly for possession of recreational drugs. Many argue that this bill targeted the black community, disproportionately affecting them.

Fortunately, Biden has semi-admitted to making a mistake and, at least publicly, appears to want to rectify his past errors. In the October 2020 presidential debate, when questioned on the 1994 crime act, Biden responded: “That’s why I’m offering $20 billion to states to change their state laws to eliminate minimum mandatories and set up drug courts. Nobody should be going to jail because they have a drug problem. They should be going to rehabilitation, not to jail. We should fundamentally change the system and that’s what I’m going to do.”

The evolution of Biden’s perspective on cannabis is likely to be a tacit acknowledgement of the support reform policies have among voters.

As we know, many election promises don’t come to fruition. But what do people think about Biden’s commitment to decriminalise cannabis?

With an ongoing global pandemic and economic crisis, cannabis reform is not likely to rank high on the priority list right now. Combined with Biden’s track record, it doesn’t seem likely that this issue will be at the top of his agenda. Saying that, seeing as he has committed to decriminalisation and the Senate now has a Democratic majority, it is likely we will see the law change in the coming years. During his campaign, it was assured that the Biden administration would move cannabis from Schedule I to Schedule II of the Controlled Substance Act (CSA). This would allow further research into cannabis as a medicine, which in the long-run could lead to full legalisation.

Since the Democrats gained control of the US Senate in January, cannabis stocks have soared. This indicates that analysts see a more progressive near-term US cannabis policy. Canadian company Canopy Grown, one of the world’s largest cannabis companies has traded at 15% higher this month, the CEO saying that he expects Biden to decriminalize the drug and allow the firm to enter the US market in 2021. The CEO of Tilray, another cannabis company voiced his opinion that federal legalization could be achieved in the next 12 to 18 months.

Would the decriminalisation of cannabis in the US impact UK laws?

The US has always had a significant influence on UK laws, from a national minimum wage introduction in the late 90s to anti-terrorism legislation in the early 2000s. Now we are in a post-Brexit world, many believe this influence will grow as the UK and US continue trade deal talks.

Late last year Britain took a small step towards decriminalising cannabis when the West Midlands police force agreed to a pilot scheme that exempts repeat drug offenders from prosecution through a diversion programme. Nonetheless, the UK is further behind the US when it comes to cannabis reforms. Recently Arizona, South Dakota, Montana and New Jersey all voted to legalise recreational and medicinal cannabis, joining multiple other US states who have already implemented legalisation.

Seeing as UK law surrounding cannabis appears to be based on fear of backlash rather than evidence, it is likely that progress in the US will make cannabis reform more mainstream and therefore make UK lawmakers rethink their policies. With support for legalization ever-growing both here in Britain and in America, we think that the more progressive approach to drugs sweeping across America will likely have an impact on the UK, although this is certain to be a slow process given the current situation.