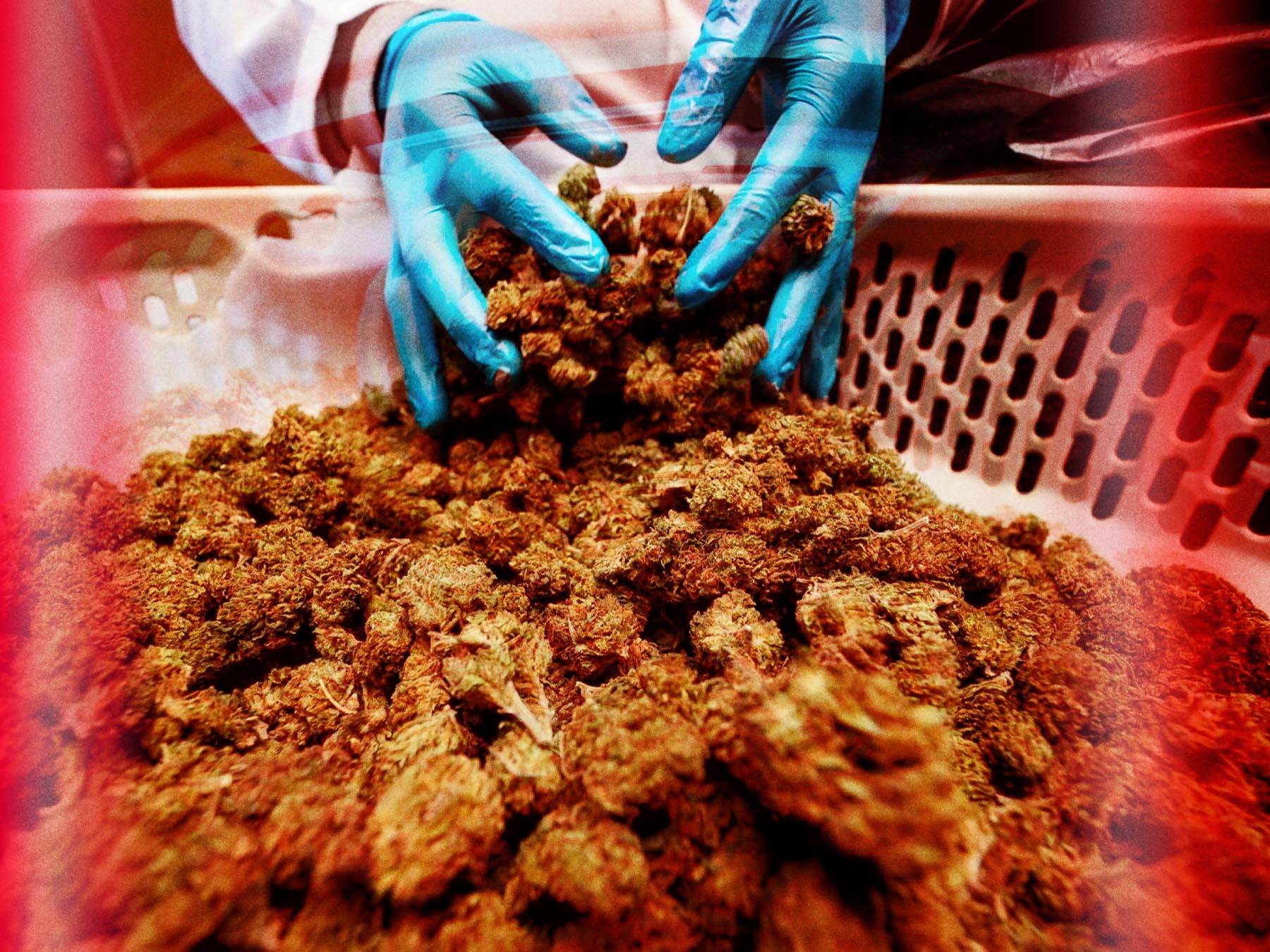 Medical cannabis was legalised in the UK on 1 November 2018, after the cases of two epileptic children who benefited from using cannabis brought increased public attention to the issue. Most notably, there was public outcry over the Home Office’s decision to confiscate cannabis oil at Heathrow airport, brought back from Canada for 12 year old Billy Caldwell, who suffers from severe epilepsy. He was then admitted to the hospital after suffering seizures.

November this year will mark the three anniversary of the legalisation of medical cannabis in the UK. Despite this, access to medicinal cannabis across the UK has been near impossible forcing desperate patients and their families to fundraise to pay for access to medicine that is legal.

Although Billy Caldwell now has his prescription, his mother Charlotte said in November 2020, “I’m still thinking of the large groups of patients I support, patients with MS, chronic pain, epilepsy, PTSD, fibromyalgia, and the thousands of other patients across the UK and Ireland who are still being denied access to medicinal cannabis to see if it could work for them. I’m committed to doing all I can to progress access and clinical research to enable more people to benefit from the medication that has saved Billy’s life.”

In the UK, there are an estimated 1.4 million people who rely on cannabis for its therapeutic effects. Many of these are forced to get their medication from the black market due to the high costs of private consultation and the difficulty in securing prescriptions from the NHS.

What is medical cannabis under UK law?

Medical cannabis in the UK is a broad term for any sort of cannabis-based medicine that is used to relieve symptoms of various ailments, illnesses and diseases. Studies have shown cannabis to have a number of proven applications such as relieving the symptoms of rare, severe forms of epilepsy, reducing the side effects of chemotherapy and helping with muscle stiffness and spasms in those with multiple sclerosis (MS).

The cannabis plant contains over 100 chemicals known as cannabinoids, each of which can have very different effects on the human body. When the law changed in 2018, the NHS licensed the use of three cannabis-based medicinal products (CBMPs). These three CBMPs, Sativex, Epidolex and Nabilone contain varying amounts of the two most common cannabinoids, THC, best known for producing the high in cannabis, and CBD, a widely available and popular product sold as a  health supplement across the UK.

Outside of these three products lie other unlicensed CPMPs. These are products that fall under the legal definition of a “cannabis-based product for medicinal use in humans” as per Regulation 2(1) of the Misuse of Drugs Regulations 2001 (MDR):

“‘cannabis-based product for medicinal use in humans’ means a preparation or other product, other than one to which paragraph 5 of part 1 of Schedule 4, or paragraph 10 of Schedule 5, applies, which:

(a) is or contains cannabis, cannabis resin, cannabinol or a cannabinol derivative (not being dronabinol or its stereoisomers);

(b) is produced for medicinal use in humans; and

(i) a medicinal product, or

These products are recognised as cannabis which can be prescribed by a doctor, but not under the NHS, and can range from oils to cannabis flowers. Anything outside of this, which isn’t a CBD containing food product, is classified as a class B drug.

Through the NHS, you cannot get cannabis-based medicine from a GP – it can only be prescribed by a specialist, hospital doctor. NHS England states that “Due to the limited evidence base and their unlicensed nature, prescribing of cannabis-based products for medicinal use is restricted to only those clinicians listed on the Specialist Register of the General Medical Council. Decisions to prescribe should generally be the result of multidisciplinary discussion. The Chief Medical Officer expects clinicians in a non-NHS setting to follow equivalent processes for prescribing unlicensed special medicines.”.

As an additional barrier, medical cannabis is considered something of a last resort and is often only considered under the NHS when other treatments are not suitable, available or have not helped: “Doctors should always first consider prescribing medicines that are licensed for the specific condition that the patient presents with. This is because these products have been tested for quality, safety and efficacy by the regulators for the indication they are prescribed for and are subject to the quality assurance arrangements that apply to all licensed medicines when they are manufactured.”

Despite the extensive research (on a global scale), evidence of its far-reaching benefits (often where other approved, licensed drugs have failed) – and supposed legalisation in this country nearly three years ago, in reality, the drug is still only benefiting a very small number of patients. It’s no wonder that families, patients and much of the public have since been campaigning and pushing for a relaxation of the stringent rules. In March 2019, the Secretary of State for Health and Social Care, Matt Hancock, commissioned NHS England to review NHS systems and processes to identify and recommend any action necessary to address any barriers to clinically appropriate prescribing of cannabis-based products for medicinal use on the NHS. The report’s findings (yet to manifest or be implemented) were a recommendation to establish a UK-wide paediatric network to support the discussion of complex cases and assist in evidence generation, clinical trials and an alternative study.

As a result of this reluctance, to date, only a handful of patients have been prescribed medical cannabis on the NHS.

The difficulty in securing an NHS prescription has meant “hundreds of people in the UK have been forced to turn to private clinics for medical cannabis”. Through the private system, these prescriptions can cost up to £800 per month. Cheryl Keen has been trying to get medical cannabis on the NHS for her daughter Charlotte – who has brain damage and epilepsy – but has been refused twice. She had been told it was too expensive and she had not yet tried all the other available options, she said. “Nothing has happened, nothing has changed [since the legalisation],” Ms Keen told BBC Two’s Victoria Derbyshire programme. “It’s absolutely disgusting that anyone is having to pay to go private,” she added – something she cannot afford to do. Labour MP Ben Bradshaw told BBC News the government was “failing patients”. “If anything [since its legalisation], it’s become more difficult for people to obtain it,” he said.

Even if a patient can afford a private consultation and prescription, there are still a number of barriers to entry. In order to be eligible to be prescribed medical cannabis, a patient will need to have a qualifying condition. They will need to have tried two previous licensed medications for that condition, which in many cases can be debilitating drugs such as opioids or antidepressants.

In May 2021, a number of private prescription patients reported that certain batches of NOIDECS cannabis flowers contained mould and fungus spores, which are dangerous when inhaled. This led to NOIDECS recalling the contaminated batches, as well as advising patients not to consume the medications. Inhaling cannabis with mould and fungus can lead to severe symptoms such as headaches, lung problems, and asthma attacks. One patient who had received a contaminated batch of flowers said “These headaches are so bad, this is supposed to be medicine but it’s made me sick. What am I going to do now? How can I trust the next batch? I have been taking cannabis for 30 years, I have never gotten mouldy product from my dealers.”

CBD flowers are widely available online, and are consumed by people who want the benefits of cannabis without experiencing a high level of intoxication. These CBD buds look and smell like regular, high THC cannabis, but contain much lower levels of THC, reducing or negating and form of high when smoked or vaped. However, there is still much confusion around the laws in the UK in regards to CBD, buds and hemp flower. Cannabis is a Class B controlled drug under Schedule 1 of the Misuse of Drugs Regulations (MDR) 2001, regardless of the THC content.

Many retailers are still selling CBD flowers, and are often unaware that their commercial enterprise is operating outside of UK law. But police maintain that ignorance is no excuse for breaking the rules. Numerous shops selling cannabis flowers have been raided under the Misuse of Drugs act. In August 2020, police in Croydon seized a “large quantity” of cannabis from three shops labelled as “legal CBD suppliers”. Four people were arrested on suspicion of the supply and importation of a Class B drug. Police Constable Ross Bennett who investigated the case, said: “It is also not a defence to tell officers that you thought your cannabis was legal because you bought it from a CBD shop – it is a Class B drug and you will be dealt with accordingly.”

For many people, a private medical prescription just isn’t a viable option due to the ongoing costs. To try and bridge the inequality gap, cannabis campaigner Carly Barton helped launch a card scheme to help UK medicinal cannabis users avoid arrest. The Cancard has been backed by police chiefs,  allowing patients who are eligible for a medical cannabis prescription to identify themselves to police officers who may otherwise arrest them. With access to legal medical cannabis still pretty much unattainable on the NHS – yet available through expensive private healthcare providers – those in need of medicinal cannabis who can’t afford the pricey prescriptions are buying it on the black market, and, through Cancard, avoiding arrest.

The NHS and government hide behind the excuse that there is “not enough research” into the benefits of medical cannabis, but a search on Europe PMC shows over 25,000 studies, research papers and reports. While the powers to be continue to drag their heels, for many patients the decision is a simple one; buy cannabis illegally to treat medical symptoms, or suffer while remaining on the right side of the law. This injustice, two and half years after the legalisation of medical cannabis, is an embarrassment to the UK that causes untold suffering to the 1.4 million people who desperately need access to medical cannabis today. 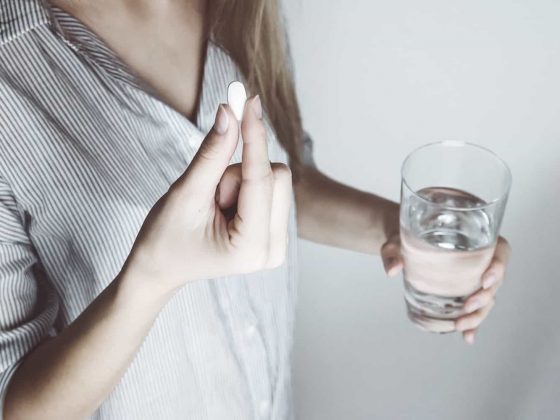