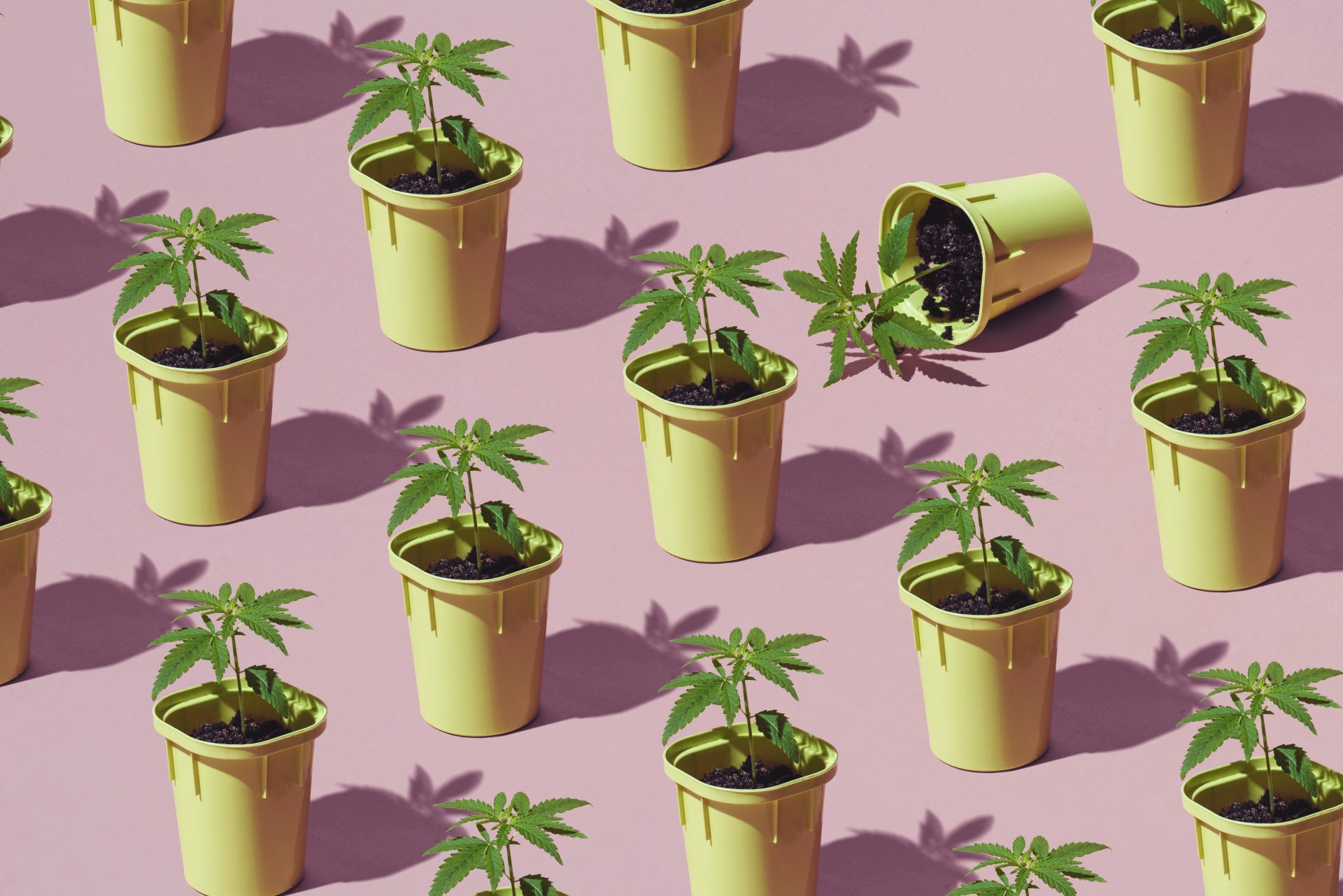 From its countless industrial uses to its powerful therapeutic potential, hemp is clearly a plant with promise. As we enter a new, more eco-conscious era, its environmental credentials are now under the spotlight. Is hemp the key to a greener future?

Fossil fuels are destroying the planet

Oil, coal, and natural gas have been used to generate energy for over a century. Collectively known as fossil fuels, they supply about 80% of the world’s energy; we depend on them to fuel our cars, heat our homes, and power industries across the globe.

Fossil fuels have formed over millions of years, but just in their short period of use, it is clear that we are burning through them at an astonishing rate. They are a non-renewable energy source— so once they’re gone, they’re gone.

But this isn’t their only setback. Fossil fuels are undoubtedly the biggest culprit in the climate crisis. To harvest their energy, they need to be burnt. This releases considerable amounts of carbon dioxide into the atmosphere, which is a major contributor to global warming.

The devastating environmental impact of carbon emissions is widespread. Increased global temperatures have caused sea levels to rise. Extreme weather events have destroyed homes, habitats, and crop farms. Air pollution is compromising human health and food scarcity is on the rise. If we do nothing to stop climate change, global temperatures will likely rise by up to 5°C by the end of this century.

We are at a pivotal point in our approach to the climate crisis; to prevent global warming exceeding 1.5°C— the point of no return— urgent change is needed. During the COP26 Global Summit, nearly 200 countries pledged to end their use of fossil fuels. So, the race to find a sustainable, renewable energy source is on.

Biofuel has recently been revealed as a more eco-friendly energy alternative. It is made from plants, known as biomass, so biofuel is a renewable resource— and it’s use is on the rise, with the global demand for biofuel set to rise by 28% over the next 5 years.

There are two major types of biofuel: bioethanol and biodiesel. Bioethanol is primarily made from sugar cane or corn. These are fermented, distilled, and then used as an additive to petrol. Biodiesel is typically made using soybean oil or palm oil, and it can be used in any diesel engine.

The idea of biofuel is that the farming of crops offsets the carbon emissions produced when it is burnt. This is because, through photosynthesis, plants soak up carbon dioxide in the atmosphere. So, from planting the crops to harvesting the energy, the net carbon emissions are much less than those from fossil fuels.

In theory, biofuels should be the answer to our fossil fuel problem. However, in practice, it appears this isn’t the case. A study published in Climate Change in 2016 revealed that biofuels aren’t carbon-neutral at all, and actually generate a net increase in carbon emissions.

And it gets worse. Unlike fossil fuels, biofuels require a significant amount of land. Not only has the search for suitable agricultural land hugely exacerbated deforestation in tropical regions, but there is also an ongoing ‘food vs fuel’ debate. Many of the raw materials used to produce biofuels are also common agricultural crops, which negatively impacts food supply; with less land devoted to agricultural farming, and increased crop demand, food prices skyrocket and low-income families in the Global South cannot afford to eat.

As more and more countries are turning to biofuels, scientists warn that this may be just as detrimental to the environment as the use of fossil fuels. But, until recently, reports of the limitations of biofuels have overlooked one crucial candidate— the hemp plant.

Hemp: the future of fuel

Hemp is a species of the Cannabis sativa plant that is specifically cultured for industrial purposes. Often termed the ‘sober cousin’ of marijuana, hemp contains a negligible amount of the psychoactive compound THC, so has no mind-altering properties.

Hemp can be used to produce fabric, rope, insulation, paper, CBD products, food products, and much more. Despite being used for thousands of years, new ways to utilise hemp are emerging all the time. Hemp appears to have endless environmental benefits, and with its emerging role within the biofuel industry, it holds the potential to create a greener future.

Bioethanol and biodiesel can be produced from the hemp stalk fibres and the hemp seed oil, respectively. As scientific interest in the cannabis plant continues to grow, it is clear that hemp may be a game-changer in the world of biofuel. But what makes hemp any better than the crops used in existing biofuels?

Hemp is also an incredibly fast-growing plant; it can generate a high yield in a short amount of time, meaning it is a more efficient process than slower-growing biofuel crops, such as sugar cane. As the entire hemp plant can be utilised, either for biomass or other industrial purposes, it is also more profitable for growers than other biofuel crops.

If we also reconsider the land use arguments, hemp is the clear winner. The hemp plant can grow in any mild climate and in many soil types. It requires no pesticides or herbicides and uses minimal water and fertiliser. Therefore, hemp can be grown on ‘marginal land’— soil that has little agricultural value— which counteracts the need for deforestation in the search for new farming land.

As there isn’t a huge demand for hemp as a food source, its farming does not affect the price of food crops. Similarly, its ability to grow in marginal soil means that hemp is not competing with agricultural crops for land. So, hemp does not negatively impact food supply, unlike current biofuel crops.

The drawbacks of hemp biofuel

The environmental benefits of hemp are undeniable, but nothing is ever perfect. Despite its ability to grow on marginal land, hemp is much happier growing in more crop-friendly soil. So we must consider that, if hemp were to become our primary biofuel source, it would need to be farmed on agricultural land— and thus the food supply debate comes back into play.

But there is a solution. Hemp can act as a ‘soil purifier’; it sponges up toxins and returns its nutrients to the surrounding ground, leaving the soil in much better condition than before. To overcome the ‘food vs fuel’ dilemma, hemp could therefore be used as a rotational crop. Alternating cycles of hemp and food crops could overcome the food supply issue, as the improved soil quality would generate higher agricultural crop yields.

However, there is one major limitation of hemp biofuel. The cost. Hemp requires a pre-treatment before it is turned into fuel, and this added step makes its production more expensive. Hemp also remains a niche crop; due to widespread licensing restrictions on hemp farming, there are very low production rates of hemp biofuel.

To be a viable biofuel alternative, the hemp industry needs investment. Cannabis has long been demonised for its ‘harmful’ effects and hemp, by association, has fallen victim to this longstanding stigma. But as researchers continue to unveil the potential of the cannabis plant— therapeutically, environmentally, and economically— hemp-related businesses are beginning to thrive.

Hemp biofuel is not the sole solution to the climate crisis. Whilst there are clear advantages to using hemp over other biofuel crops, there are alternative renewable energy sources that may be even kinder to the environment.

That being said, the hemp plant has some pretty great eco-credentials; it improves soil quality, air quality, uses little water, and generates renewable energy. Hemp biofuel is certainly an avenue worth exploring, and the more people that know about it, the better. 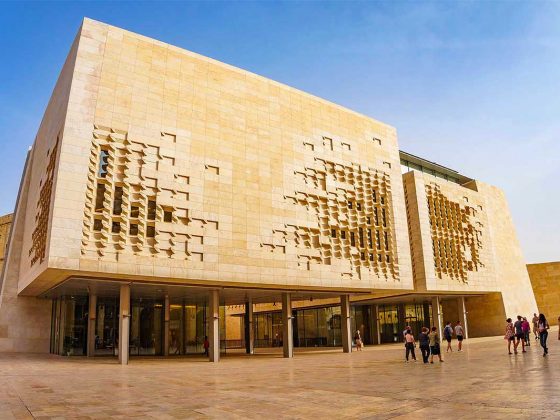 Malta is the first European country to legalise cannabis