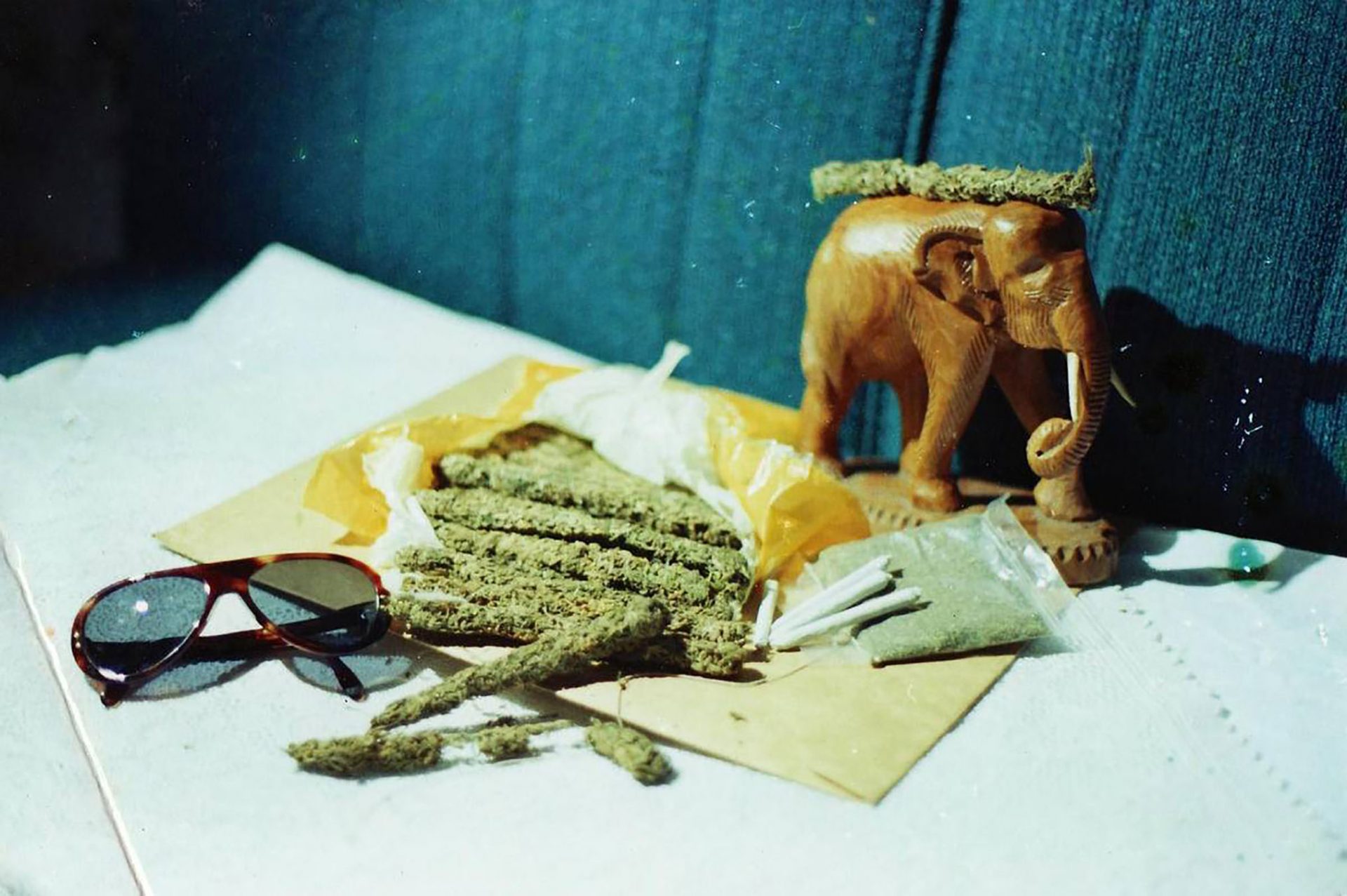 Ask ten stoners about Thai Stick and you’re likely to get ten different answers, and not just because they’re stoners. The fame of Thai Stick is such that some forty years after it disappeared there’s still confusion about what it actually was. I’ve been told by various people that it was a strain, it was just a transport method, it was a kind of blunt and that it was just a marketing ploy. The answer to all of those is a little yes and a big NO.

I first heard about the legendary Thai Stick when I was a kid in the late seventies, looking up to older delinquent kids who would talk about copping some Thai. Years later, I would buy something called Thai Stick in a Brooklyn park which turned out to be a baggy holding two bamboo skewers with weed tied to them. The dealer told me we would get super high, which we didn’t, because it wasn’t.

What is Thai Stick?

Thai Stick was the traditional method of layering and binding cannabis bud around a stick or hemp stalk, treating it with hash oil and wrapping it in fan leaves to cure underground for a month or so. Developed in the northeast of Thailand where the climate is especially generous to growing weed. It was a long and time-consuming process that when finished produced a cigar like spliff that legend claims burned for hours and produced a superb high.

The confusion comes into it as the strain of weed used to make those jimmy’s, a landrace Sativa, was also generically referred to as simply Thai. To further muggle the truth, once the fame of Thai Stick spread, jungle weed would be bound to bamboo sticks with string or twine and sold under the famous name. To confuse things even further, eventually, buds bound up in string were passed off as Thai Stick by bogus dealers around the world which would have no connection to either the strain nor the traditional monster joint.

Thai Stick’s had been produced and smoked since prehistoric times among the hill tribes that made the mountains and high places throughout Southeast Asia their homes. Like indigenous people all over the continent they cultivated and harvested cannabis for a multitude of reasons. They used hemp to make cloth and rope and they used marijuana to treat illnesses, flavour food, manage pain and just simply to get high and relax at the end of a hard day.

How the fame of this traditional weed cigar spread so far and wide is another matter of conjecture. In their book Thai Stick: Surfers, Scammers and the Untold Story of the Marijuana Trade, authors Peter Maguire and Mike Ritter put some of the credit on surfers exploring the beaches of Thailand who brought local weed back to the States to fund their lifestyle. This may be true in some isolated incidents, but there really isn’t any good surf in Thailand so it is hard to imagine a time when gaggles of surfers were wandering around, a thousand kilometres from the dope fields, getting stoned.

The tens of thousands of GI’s who were either stationed in or spent their R and R time roaming Thailand seems a much more probable answer. We know from numbers provided by the Department of Defense itself that over 50% of GI’s smoked marijuana during their tour in Vietnam. Although when I asked a serving Veteran who was stationed in Thailand at U-Tapo US airbase hanging 500-pound bombs onto B52 bombers, he denied ever seeing any, saying he was at the time more concentrated on not blowing himself up.

Whether it was surfers, GI’s, square businessmen or the CIA smuggling Thai Stick into the US and Europe, the incentive was universal. “What sold for $3 per kilo at the farm in Isan, (the northeast region of Thailand) easily fetched $4,000 a kilo in any city in the United States in the early 1970s” reported The Diplomat in a recent article, in which they claimed a thousand tons of Thai stick was shipped out of the country between 1968 and 1972.

“What sold for $3 per kilo at the farm in Isan easily fetched $4,000 a kilo in the United States”

However it happened, Thai Stick made its way to the US either as the proper smoking method or simply as bud that soon gained widespread devotees for its flavour and overall body high. “A landrace sativa, Thai stick is more than just a famous name to tick off the bucket list. Instead, this is something to be savoured, a genuinely momentous and uplifting experience” reads one description by an online seed company.

In Thailand however, Thai Stick, and the majority of cultivated weed that was used to produce them, was eradicated in the late 1970’s as the Thai Government began its own war on drugs, funded by the US department of state. Its target was really the opium trade through the golden triangle, but marijuana was swept up in the hoopla and farmers were convinced with a fistful of Yankee dollars to burn their crops and switch over to growing coffee.

Thus, any tales of coming across Thai sticks in London or New York in the 1990s seem very far-fetched, as it was essentially unavailable in Bangkok. I’ve lived in Thailand for over 20 years, have explored many of its nooks and crannies via motorcycle, and despite having spent plenty of time in the mountainous northeast where Thai Stick once flourished, I have never seen a single leaf of it.

Thailand’s war on drugs has been about as disastrous as America’s. Culminating at one point with 2,800 deaths by police in a matter of months, during an intensive crackdown of a meth wave that spread across the country during the early 2000s. With its prisons bloated and the judicial system bogged down with low-level drug cases, Thailand’s government has finally come to the realization that locking people up for using a plant their forebears had relied on for millennia was not such a good idea.

Today the country has legalized medical marijuana and the path to legal recreational cannabis use looks to be clear, especially considering projected profits in the billions of Baht. To me, this means that it won’t be long until we start seeing Thai Sticks for sale in whatever type of boutique dispensaries open to sell infused muffins and CBD teas. I also expect they will be outrageously taxed and will no longer be “3 for a dollar” as a retired dealer told the Bangkok Post he once sold Thai Stick for at US Army PX’s.

Cannacigars billed as Thai Stick are available online and in places where recreational use already exists. I’m impatient though and decided to try and make my own long burning, old school Thai blunt, following the traditional method the best I could.

Everything I’ve read about Thai Stick says that firstly the stick itself should be coated in hash oil and each successive layer dipped in the same. I don’t have access to hash oil but canna-oil is easy enough to make.

After dipping the sick and getting a furry coat of the chopped up jungle weed we get here to stick, I wrapped it in parchment as dictated by tradition, or waxed paper actually, and bound it with string from a hotel sewing kit as I have neither hemp twine nor silk thread at hand and what the hell difference could that possibly make.

I put this in the refrigerator overnight to cure it. Then, day by day over four days, I unwrapped it, dipped it in oil and added another layer, re-binding the stick each time. I let it rest so that the oil could fully saturate the chopped bud until it took on the semblance of a lamb kabab.

At this stage traditionally the stick would be wrapped in fan leaves and buried for a month to finally cure. This traditional process was one of a more genteel era, when time was spendable. The more I worked the joint the less confidence I have that we are going to see the actual traditional Thai Stick come back.

What we’re likely to see is one made using updated techniques and modern technology. With no fan leaves at hand I wrapped mine with the natural leaf rolling papers farmers use to roll their Black Cat tobacco and the sewing kit twine, vacuum sealed it in a ziplock and tossed it back in the fridge for final curing.

“A stimulating and expansive sativa style high is what you can expect from Thai Stick weed. The high starts slowly, gradually building into waves of euphoria which flow over you, the body gently relaxing and the mind focusing thanks to the energy boost. A fantastic strain for social smoking and daytime use when clarity and motivation are important, providing a crystal clear high that won’t overwhelm you easily.”

This tantalizing description I found online extolling the wonders of a Thai high was not my experience. When my Thai Stick had cured for a few more days, I exhumed it from the fridge and took it to the beach to smoke with a friend. It was hard to light at first but once it got burning it did so nice and even, like a fine cigar. The smoke though was far from the tasty Sativa described. It tasted acrid from the oil and was hard to pull on. Eventually the high came on but far from a crystal clear high that was energizing, we were blunted. Dull eyed and groggy we went back to my condo and slumped out on the sofa for the night.

Experiencing a true Thai Stick is probably like trying to recapture some favourite comfort food made by some fantasy grandma. It has to start with the right ingredients, no longer available, and made with patience and skills that have been lost to a world of life hacks that promise instant gratification. Something better left to the imagination and the past, while we enjoy the spoils of today.

John McMahon is a writer and painter who has made Kanchanaburi, Thailand his home base for nearly 20 years. His reportage and non-fiction has been published all over the English speaking world. His latest novel Hot Season is available on Amazon. 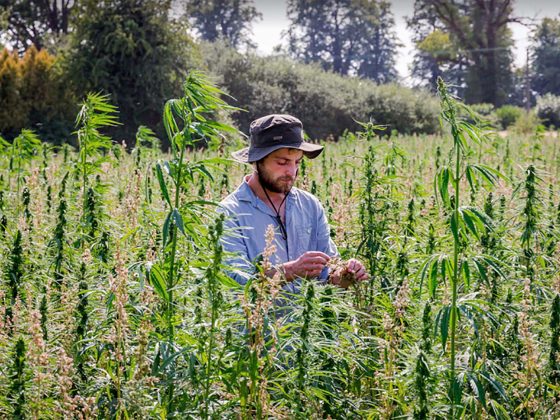 Organic CBD is better, so why is it so hard to find?