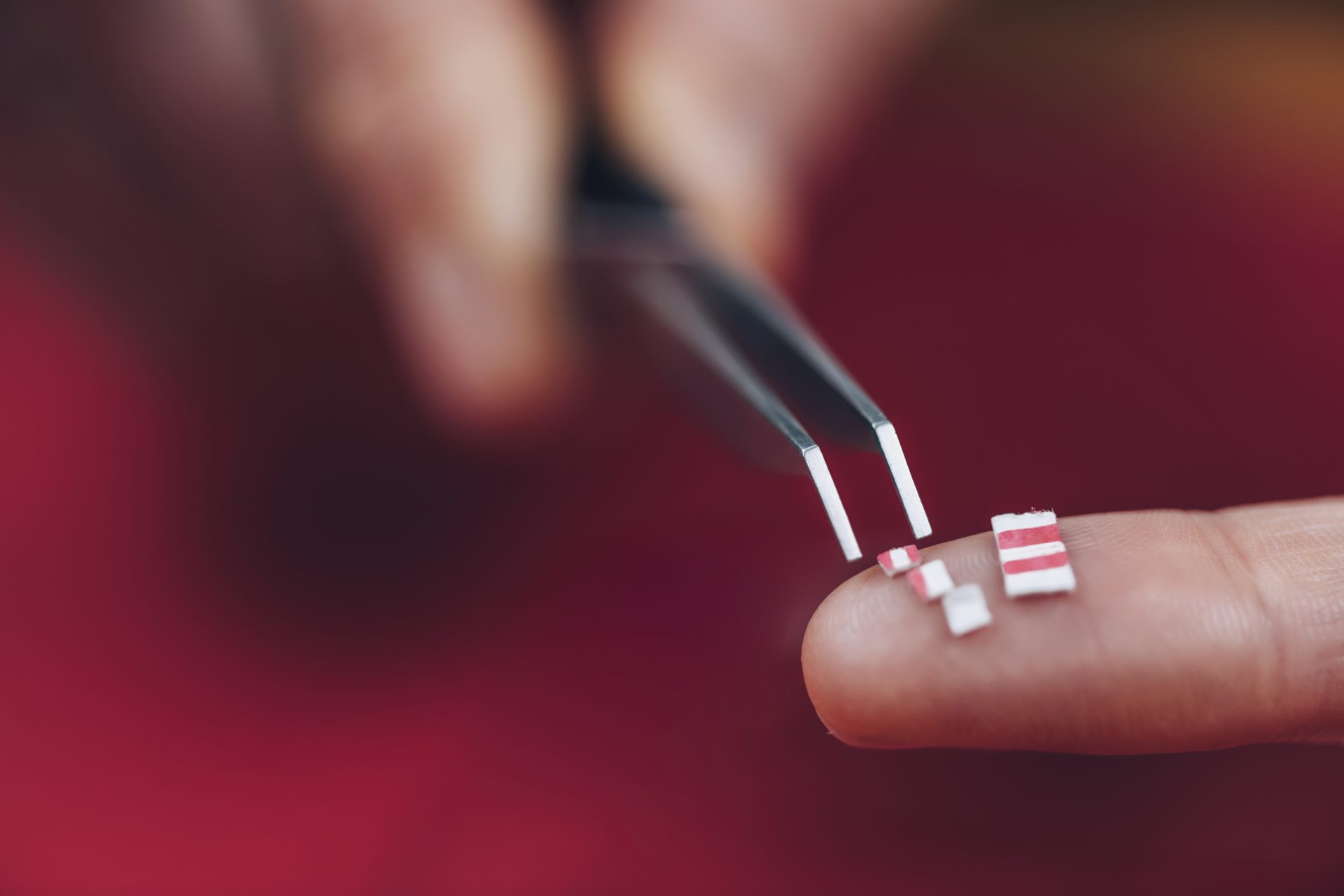 Interest in psychedelics isn’t limited to inside the clinic. These drugs are going mainstream, all thanks to the increasing popularity of microdosing. With CEOs, tech gurus, and celebrities all trumpeting the benefits of this unique – albeit illegal – practice, researchers have urged users to not get ahead of the science.

Many microdosers claim it to be the ultimate productivity hack: boosting mood, improving creativity, and sharpening the mind. But does it actually work? Here, we take a look at what the leading psychedelic researchers are saying about microdosing.

Clinical interest in psychedelic drugs is on the rise. With the practice of psychedelic-assisted psychotherapy already starting to flourish, many members of the public are keen to test the benefits themselves.

A microdose, typically of LSD or psilocybin-containing ‘magic mushrooms’, is about one 10th of a standard psychedelic dose. People who microdose often choose to consume the substance two or three times a week across a two to eight week period. Since it is a sub-hallucinogenic dose, it’s too low to distort reality or trigger a significant shift in consciousness. But it is, allegedly, high enough to subtly improve emotion, cognition, and behaviour.

Whilst there is a notable lack of reliable, peer-reviewed evidence in support of microdosing, positive anecdotal reports are abundant. Due to a rapidly growing online psychedelic community, the microdosing trend is gaining traction. The r/microdosing subreddit, in particular, is now nearing 200,000 members. But why are people doing it, and how has it become so popular?

The perceived benefits of microdosing

Microdosing psychedelics became the trend it is now thanks to Silicon Valley, the hub of tech gurus from corporations such as Apple and Google. In what is perhaps one of the greatest case studies of microdosing, countless tech professionals turned to small doses of psychedelics to boost productivity and creativity in the workplace and, in turn, advance their careers.

Psychedelic use was even endorsed by the late co-founder of Apple, Steve Jobs, who claimed that taking LSD was one of the “two or three most important things” he did in his life. As the trend swiftly spread around the globe, more and more people believe microdosing to be key to sustaining their health and wellbeing.

In 2021, a large-scale survey found that adults who microdose psychedelics report having lower levels of depression, anxiety, and stress than non-microdosers. The study also revealed that the most common reasons for microdosing were to enhance mindfulness and to improve mood, creativity or learning.

A similar study, published in Psychopharmacology in 2020, investigated the motivations for and perceived benefits of microdosing. Of 1,102 participants, 44% said that microdosing significantly improved their mental health, and 50% claimed that they were able to stop taking antidepressants as a result.

However, due to limitations in the methodology in both of these studies, most of the evidence in favour of microdosing to improve mood and cognition is anecdotal, at best. So let’s see what the hard data is saying about the effectiveness of this practice.

Has microdosing been debunked by science?

In a study published in 2021, researchers from Imperial College London endeavoured to investigate how the effects of microdosing compare to a placebo drug in nearly 200 participants who were already microdosing LSD.

The participants were instructed to muddle up envelopes containing either LSD or placebo capsules so that they did not know which they took. Although the results showed that microdosing did improve psychological wellbeing and life satisfaction, as did the placebo drug – and researchers found no significant differences between the effects of the two.

Though, because the study involved at-home placebo control measures, the researchers acknowledge that the evidence is not as robust as a lab-based clinical study. The most reliable way of testing the effectiveness of a drug is with a double-blind placebo-controlled trial – that being, where participants are given either a treatment or a placebo drug at random, and neither they nor the researchers know who is getting which. This approach is considered to be the “gold standard” of experimental design.

This particular methodology aims to compensate for participants who may expect to perceive benefits from a drug. Similarly, this also avoids any potential bias in data acquisition by the researchers. The overall results, when taken from a large sample size, provide a reliable indication of how a drug works in a particular population.

To date, only a handful of double-blind placebo-controlled microdosing trials have been conducted but, again, the results aren’t hugely promising. In the most recent study, published in Addiction Biology in early 2022, participants were either given a placebo drug or 4 repeated microdoses of LSD at 3 to 4-day intervals. Researchers found that LSD “did not improve mood or affect performance on psychomotor or most emotional tasks” in comparison to the placebo.

In another study, this time assessing the effectiveness of microdosing psilocybin, 75 participants self-administered either placebo or psilocybin before four laboratory sessions. The results, published in the Journal of Psychopharmacology earlier this year, showed that “microdosing with psilocybin compared to a placebo did not result in reduced depression or anxiety scores.”

These results have led some scientists to believe that the microdosing craze is simply another example of the placebo effect.

The power of placebo

The mind is a powerful tool; so much so, that it even holds the power to stimulate healing.  This is known as the placebo effect. It is when a ‘dummy’ drug – designed to have no therapeutic benefit – appears to have an improvement on a person’s mental or physical health.

In the context of microdosing, it is likely that the majority of participants of existing microdosing studies are, themselves, avid microdosers, or have a strong belief that it would help them. This, in turn, means that expectancy is likely to affect the perceived results.

As explained by James Rucker, a clinician-scientist involved in psychedelic research at King’s College London, the results from recent microdosing studies suggest that “the perceived beneficial effects of microdosing psychedelics in this group are more likely to be a result of positive expectation than the capacity of the drug to induce a beneficial effect.”

It is, however, important to note that the case for microdosing isn’t yet closed. “We can’t say necessarily that microdosing doesn’t work, all we can say is that, under these controlled circumstances, with this kind of participant, these doses, and these intervals, we didn’t see a robust effect,” says Harriet de Wit, lead researcher in the aforementioned LSD study. These unexpected findings are simply a call for further research.

There’s not been nearly enough research to confirm or debunk the microdosing theory. Though the recent studies cast doubts over its effectiveness, it may not be entirely placebo. In fact, one study has even shown that microdoses of LSD increase levels of brain-derived neurotrophic factor (BDNF), a protein that is highly involved in neuroplasticity and memory.

Either way, there is definitely a sense of disappointment in the psychedelic community about the findings from these recent population studies. Some users claim microdosing to be a major contributor to their mental wellbeing and quality of life, so these new results have been confusing and discouraging.

The truth is, there are still many things scientists are yet to uncover about psychedelics, and because of the strict Schedule 1 restrictions in the UK, their clinical investigation is hugely hindered. It may be that microdosing does something, but no one can say for certain until more research is done.

In the meantime, other theories have been offered for why microdosing doesn’t appear to work. Perhaps the outcome of microdosing is dependent on the time period over which the doses are taken. Or whether the user has a diagnosed mental health condition, such as anxiety or depression.

Or, perhaps, it is related to prior psychedelic use. It could be that someone who has previously experienced the psychedelic state can perceive the drug’s effects in a different way. It is, therefore, also necessary for researchers to assess the differences between experienced microdosers and those who have never used psychedelics before.

For many scientists, the latest microdosing findings are hugely perplexing. It seems unlikely that these powerful hallucinogenics have zero impact on our mood and behaviour, even when used on a micro-scale. But, as it stands, that’s what the science suggests. We can only await more hard data as researchers continue to get to the bottom of the microdosing mystery. 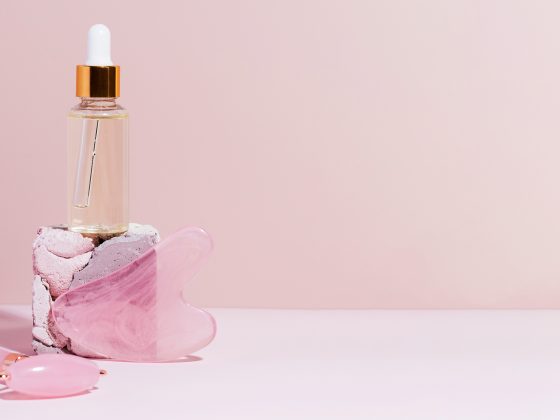 Why CBD is taking the cosmetics world by storm 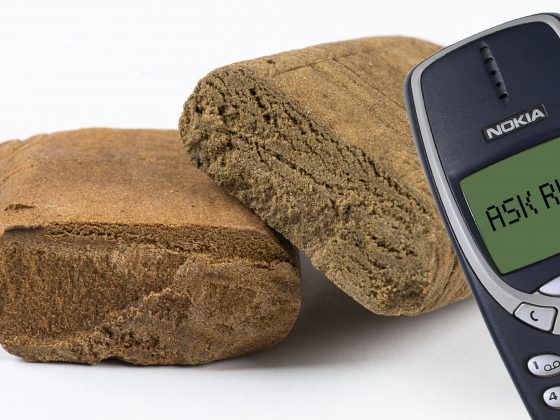