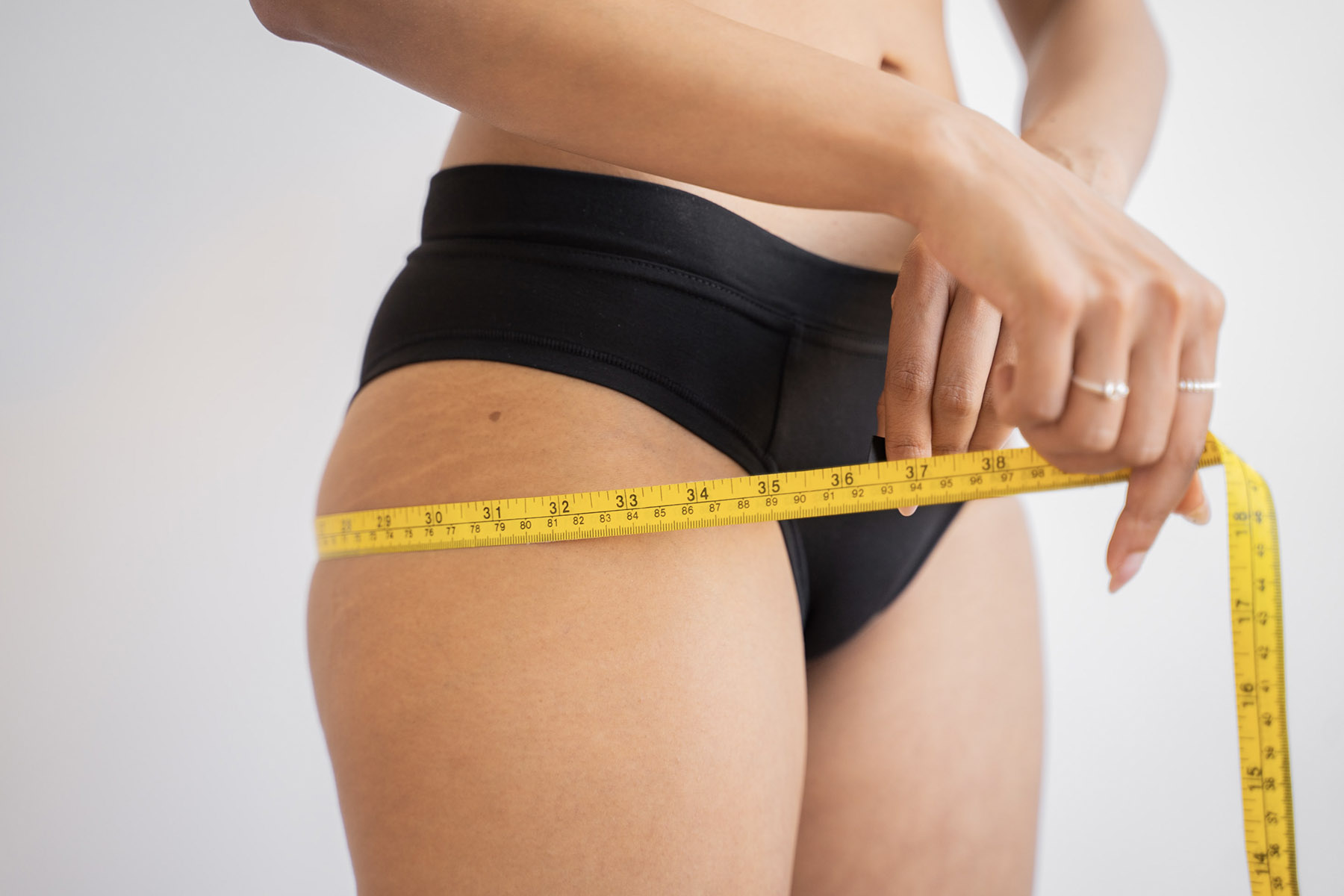 Diet culture is rife. As many struggle to adapt to the frustrating addition of calories to menus, the digital world also isn’t getting any easier for those affected by disordered eating. With a surge in the “low-rise” trend and the fall of the “BBL era”, the pressure to conform to society’s standard of beauty is certainly amping up in 2022.

Though what many fail to consider is that eating disorders are not superficial. It’s rarely about how a person looks; the hidden, mental struggles are what make food-related issues so gruelling. And with most eating disorders seemingly unresponsive to psychiatric medications, it’s clear that the clinical treatment of eating disorders needs a new route to recovery.

As researchers begin to think more imaginatively about how to tackle the mental health crisis, it appears that unlikely drugs – psilocybin, MDMA, and ketamine, in particular – may offer unprecedented potential in the treatment of eating disorders.

A brief overview of eating disorders

An eating disorder is a mental health condition characterised by abnormal eating habits which, according to the UK eating disorder charity Beat, “can include limiting the amount of food eaten, eating very large quantities of food at once, getting rid of food eaten through unhealthy means.”

Eating disorders can affect people of all ages, genders, and backgrounds. They are often used as a coping mechanism for stress, trauma, or uncomfortable feelings, and can also be associated with poor body image or an unhealthy relationship with exercise.

The National Institute for Health and Care Excellence (NICE) estimates that there are over 700,000 people living with an eating disorder in the UK, though that figure is likely to be much higher. This is because “many cases do not present to health services,” often due to a fear of judgement, bias, and weight stigma.

Every experience with disordered eating is unique, but some can be characterised by their typical behaviours. The most prevalent eating disorders include:

Regardless of its behavioural manifestations, disordered thoughts about eating are mentally draining and all-consuming. Food rules govern every waking moment; they hijack your social life and infringe on your relationships. When a person living with an eating disorder feels as though their control over food is being taken away, this often causes insurmountable anxiety.

Psychedelic therapy and the road to recovery

Most existing treatments for eating disorders, both pharmacological and therapeutic, focus solely on symptom management, such as regulating food intake and body weight. Whilst these are effective at managing the physical implications of the disorder, they fail to address the psychological root of the issue – and this is where psychedelics come in.

In the 1950s and 60s, following the discovery of LSD, psychedelics were on the precipice of therapeutic success. Used as tools to facilitate psychological breakthroughs in psychiatric treatment, their clinical potential was apparent. But in an attempt to prevent recreational drug use, Western government authorities soon outlawed psychedelics, and this critical research was forced to a halt.

Substances like psilocybin, MDMA, and ketamine – previously only credited for their use as “party drugs” – are being seen in a new light, and the clinical data in support of using psychedelic-assisted psychotherapy is piling high. This revolutionary intervention shows immeasurable promise in the treatment of post-traumatic stress disorder (PTSD), depression, and addiction, but could the same be said for eating disorders?

Entrenched in rigid, negative thought patterns, the disordered brain is characterised by impaired cognitive flexibility – an inability to respond to changing circumstances. It has been theorised that this correlates with overactivity in a collection of brain regions known as the default mode network (DMN), which is a known predictor of poor mental health.

The DMN is most active during resting, absentminded thought. For someone living with an eating disorder, these thoughts are likely to be negative and sustained. This is known as rumination, and could resemble agonising over calories, food rules, or eating behaviours, as well as body checking or compulsive exercise. Either way, this repetitive brain activity strengthens neural pathways over time, making it easier to slip into that toxic mindset.

Research suggests that psychedelic drugs hijack the brain’s default mode of function. They cause the DMN to deteriorate, opening up the possibility of diverse communication between brain regions. This disorganised cross-talk alters consciousness which, when combined with psychological support from a trained therapist, can cultivate a new way of thinking.

In theory, psychedelics could act as a catalyst for people with eating disorders to “overcome those very deeply ingrained emotional factors that get in the way of recovery,” says Natalie Gukasyan, a psychiatrist at Johns Hopkins University who is investigating the use of psilocybin in anorexia treatment.

The nature of the psychedelic experience

How might the neurological underpinnings of the psychedelic experience manifest themselves psychologically, specifically regarding the food and body image issues that are characteristic of eating disorders?

Firstly, since the breakdown of the DMN has been shown to correlate with a dissolution of the ego, psychedelics can result in a sense of detachment from the self – or, more importantly, the body. This might help a person to rationalise their obsessions over body image, and gain a sense of clarity when it comes to why they feel this way and what may have caused it.

Similarly, research from previous psychedelic studies has shown that DMN breakdown can also pause ruminative thought patterns, effectively silencing the mind. This could open a person’s eyes to a world without a fixation on food. Experiencing a time without these disordered thoughts could have what takes for patients to envision a life without their disorder, perhaps prompting them to choose recovery.

Finally, as detailed in a well-cited theoretical paper published in 2014, “the psychedelic state is considered an exemplar of a primitive…state of consciousness that preceded the development of modern, adult, human, normal waking consciousness.” In this primitive mindset, it might be that food becomes simple. Hunger and satiety cues no longer have moral value, and the drug allows you to see eating for what it truly is: a biological need.

It should, however, be noted that psychedelic therapy is far from a blissful experience. The drugs may have a “fun” history, but they’re powerful tools used to bring trauma to the surface. These emotions then need to be confronted. That can be heavy – and requires serious effort and professional assistance.

But, so far, the results have been hugely promising. As one trial participant shared, “I’m tempted to say MDMA gave me ‘hope,’ but that word isn’t right—the insight was more substantive than hope. I’d held the sensation in my body; I understood, at a visceral level, what might someday be mine: the sense of peace and joy within my body. For me, the therapeutic process could unfurl from there.”

This is just a single experience from one of a number of psychedelic clinical research studies that have begun. Currently, researchers are investigating the roles of three major psychoactive drugs in eating disorder treatment – MDMA, ketamine, and psilocybin.

MDMA is what is known as an “empathogen”. It fosters feelings of empathy, openness, and compassion that is not only extended to others, but can also be pointed inwards, onto yourself. This could potentially result in an improved self image and greater trust of others, which is particularly useful in the context of eating disorders as patients “often feel mistrustful in interpersonal relationships,” according to Adele Lafrance.

As a clinical psychologist, Lafrance is currently involved in a Phase 2 Multidisciplinary Association for Psychedelic Studies (MAPS) MDMA study. Here, the researchers are investigating the safety and feasibility of MDMA-assisted psychotherapy for the treatment of eating disorders. Participants include adults diagnosed with either anorexia or binge eating disorder.

As a dissociative drug, ketamine could also help to foster this sense of “disconnectedness” from the body, allowing eating disorder patients to confront body image issues from a new perspective. Ketamine has also been shown to “rewire” the brain by stimulating regrowth between neurons, therefore facilitating communication along new neural pathways. This could, in theory, override the brain patterns responsible for disordered thoughts and behaviours.

It is thought that psilocybin, the psychoactive ingredient in “magic mushrooms”, could benefit eating disorder treatment in two ways. According to Dr Meg Spriggs, a researcher at the Centre for Psychedelic Research at Imperial College London, psilocybin could act “pharmacologically by targeting the serotonin imbalance in the brain associated with anorexia nervosa and therapeutically by shifting away from symptom-focused treatment and developing changes in self-worth and self-compassion.”

Psychedelics hold immeasurable promise in the treatment of eating disorders; they have the potential to rescue the futures of thousands of people whose lives have been hijacked by disordered thoughts and behaviours. With ketamine already an available treatment for depression, and MDMA potentially being approved for PTSD treatment as early as 2023, it is certainly feasible that these treatments could be available for those living with eating disorders in the near future.

As someone with a complex history of disordered eating who is, too, struggling to navigate calories on menus and attempting to silence the dormant behaviours that lie within, there is – amongst the cautious optimism – an overwhelming sense of hope. 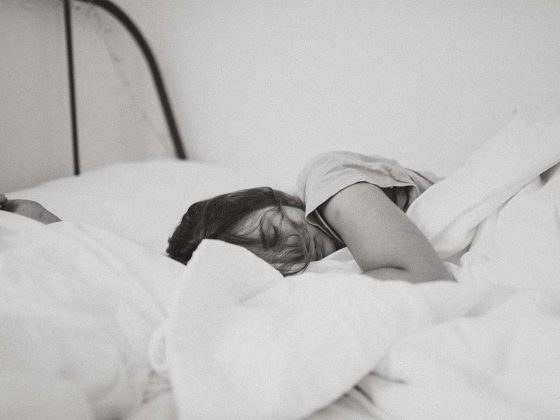 5 tips for getting a better nights sleep