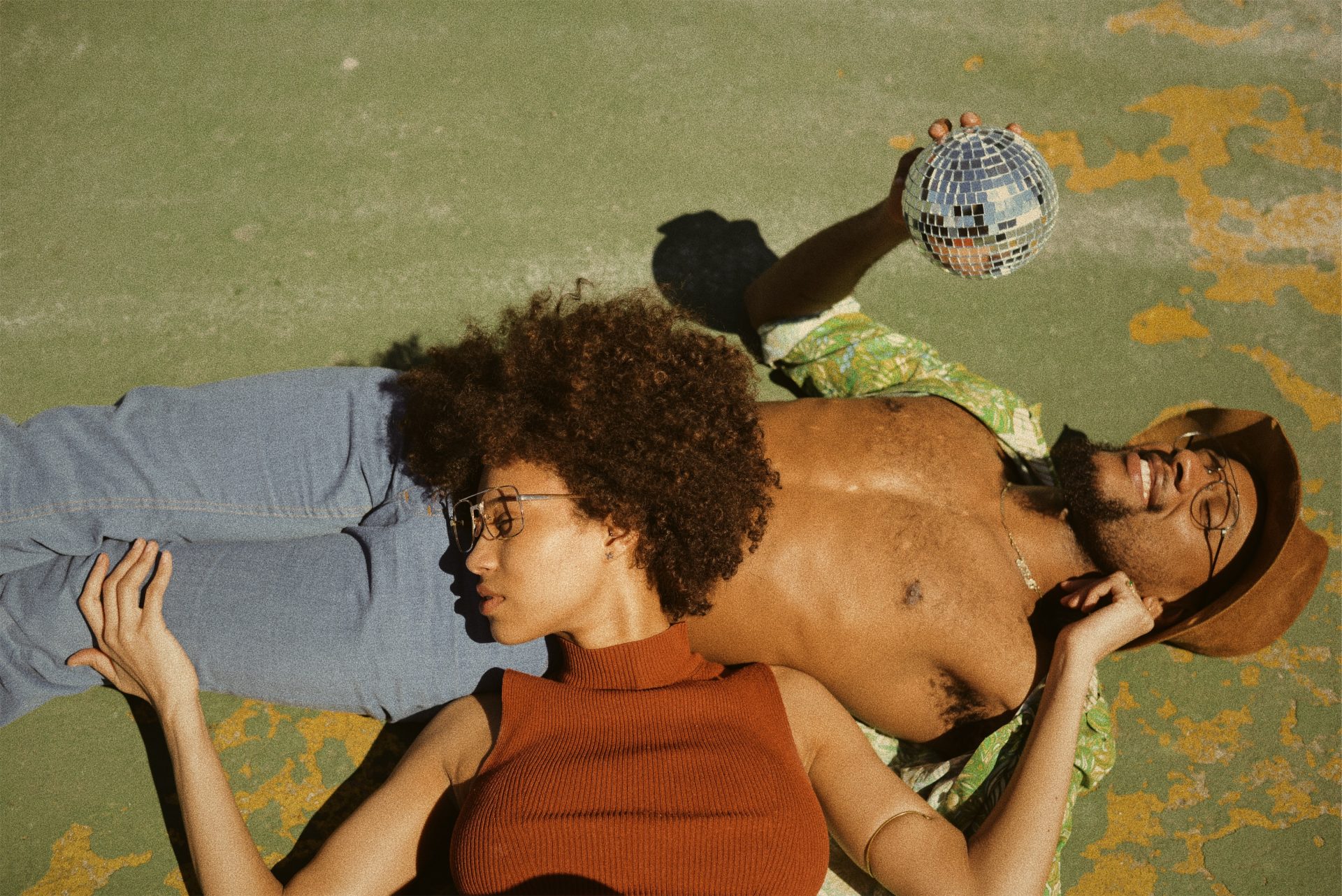 We don’t often question the day-to-day use of mind-altering drugs to support our mental health and wellbeing. SSRIs for depression, antipsychotics for schizophrenia, and beta blockers for anxiety – but is there a drug for love?

With mounting evidence – both testimonial and scientific – for using MDMA as a tool to enhance couples therapy, some researchers believe that a failing relationship can be medically remedied. Ecstasy has long been known as the ‘love drug’, but could it be enough to save a relationship?

A brief history of the love drug

Ecstasy is an illicit party drug that has been intertwined with rave culture for decades. Its main ingredient, MDMA, is a stimulant that heightens our senses, lowers our inhibitions, and fosters feelings of euphoria, openness, and empathy – hence the nickname of the ‘love drug’.

MDMA (short for 3,4-methylenedioxymethamphetamine) was first synthesised in 1912 for pharmaceutical purposes. In the ‘70s, MDMA captured the attention of American researchers, who noted that psychotherapy patients were more willing to communicate under the influence of the drug. MDMA facilitated psychological breakthroughs and, therefore, yielded greater therapeutic success.

Its popularity as a party drug grew in the ‘80s, with ecstasy being named the ‘yuppie psychedelic’ by the San Francisco Chronicle in 1984, due to its effects being milder than LSD. But in an attempt to prevent recreational drug use, Western government authorities soon outlawed ecstasy, and critical research into MDMA therapy was forced to a halt.

The healing power of MDMA

Despite the legal restrictions on psychoactive drugs, MDMA research is experiencing a renaissance. Psychedelic-assisted therapy is on the precipice of success. With accumulating evidence for the effectiveness of MDMA in the treatment of post-traumatic stress disorder (PTSD), some experts believe that the therapeutic practice could be legal by 2023.

The premise for incorporating MDMA with PTSD treatment is that the blissful ‘high’ caused by the drug can break down our defence mechanisms, allowing people living with trauma to revisit distressing memories with less anxiety and work through their problems, with the assistance of a trained therapist.

For the same reasons, recent evidence suggests that MDMA therapy could benefit couples on the brink of separation. At surface level, the link between PTSD and romantic relationships may appear tenuous, but there’s one underlying link: fear.

Fear ruins relationships. Cracks in a long-term relationship often begin to show when partners avoid voicing their grievances and insecurities, out of fear of rejection or abandonment. Ultimately, the fear of losing someone you love can be enough to drive them away – and this is where MDMA could help.

In a long-term follow-up study of participants who received MDMA therapy for PTSD, nearly two-thirds reported that the treatment improved their relationship with loved ones. Other pilot trials have found that MDMA-assisted cognitive behavioural therapy (CBT) can improve relationship satisfaction and social intimacy in people living with PTSD.

It has therefore been proposed that MDMA, when used to assist couples therapy, could allow partners to openly discuss and resolve their deepest issues, but free of fear – and ultimately rescue their relationship.

Could MDMA save a relationship?

Scientists have already begun to explore how MDMA could revolutionise relationship therapy. One pioneering researcher, Dr Katie Anderson, investigated MDMA’s impact on romantic relationships as part of her PhD research at London South Bank University. Within her initial study, Anderson asked couples who had taken MDMA together five or more times to describe how their experiences had shaped their relationship.

Interviews conducted with the participants established that MDMA can enhance communication and prompt partners to be more affectionate and more emotionally expressive. These lasting positive effects were seen in 90% of the couples.

During her research, Anderson coined the term “MDMA bubble” to describe a common feature of the experience – that being, “a distinct affective atmosphere of muted fear, worry and shame and heightened feelings of safety and love.”

One participant stated that “you feel like you’re floating in a warm tub of warm goo and you’re just totally protected and you can say anything…it’s overpowering.” His partner added, “I certainly think it’s had a lasting effect…knowing now that it’s like absolute truth is out, I wouldn’t want to bring a line back into our relationship, you know, even little things. And just having this nice, clean slate and not wanting to ruin it.”

According to Anderson’s findings, MDMA can strengthen interpersonal connections, even at variable street-level purity. To investigate this, leafie spoke to three readers about their experiences of taking MDMA with a partner in a recreational setting.

Clear themes of “euphoria”, “lack of inhibitions” and “unity” emerged from these discussions. As one user shared, “I discovered things about my partner that I maybe would not have otherwise…it made us grow closer.”

When asked how MDMA changed communication with their partner, one reader highlighted a shift in “body language and eye contact” during the session. Whereas another shared how it changed her verbal communication, stating that she “felt really really loved up…we would talk really emotionally and keep telling each other how much we loved each other.”

The testimonials are in abundance, but how do these experiences translate to the clinic? Much of the existing evidence for MDMA-assisted couples therapy dates back to the 1970s and ‘80s, prior to the Drug Enforcement Administration (DEA) declaring an emergency ban on MDMA in 1985. Several early studies highlighted that participants of MDMA therapy trials, including couples, “demonstrated improvements in fear of emotional hurt and improved communication and introspection.”

However, the only recent clinical investigation of MDMA in relationship therapy explored couples with one partner living with PTSD. Despite the hugely promising findings, the obvious (and necessary) next step is to investigate the effectiveness of MDMA-assisted couples therapy in healthy individuals who are seeking relationship counselling.

A neurochemical cocktail of love

What is going on inside the brain to create these lasting emotional changes? In 2021, a theoretical paper was published in Frontiers in Psychology detailing the potential neurobiological and neurochemical changes that could underpin MDMA couples therapy.

The authors highlighted that MDMA increases levels of oxytocin and vasopressin, the hormones responsible for solidifying social bonds and attachments. Similarly, MDMA boosts dopamine and serotonin, the neurotransmitters involved in signalling pleasure and stabilising our mood, respectively. It also reduces blood flow to the amygdala, a brain region involved in initiating the body’s stress response to threat and fear.

Together, these neurological changes have a trust-building, mood-enhancing, and stress-busting influence. They foster feelings of openness and empathy, creating the perfect biological conditions for crafting or building a relationship.

Despite the countless reports of MDMA strengthening relationships in a natural setting, researchers urge caution to couples looking to take the drug in search of a ‘quick fix’ – and not just because of the legal implications, but more on that later.

MDMA is often described as a ‘truth serum’. Under its influence, couples could find themselves confessing to things they had previously suppressed. There is no guarantee that the emotions that surface won’t be painful, or that what is said won’t be hurtful. With the help of a trained therapist, couples are able to work openly through their problems and address the root of their issues. But without this guidance, they could leave the MDMA session feeling more disconnected than before.

Beyond this, couples need to be prepared to put in effort outside of simply taking the drug. Dr Anne Wagner, a lead researcher in the aforementioned study of MDMA couples therapy and PTSD, told The New York Times that “both people need to be prepared to actually dig in and communicate with each other, and not perceive it as ‘Oh, this is going to be a thing that fixes our relationship.’”

Both parties need to consolidate and integrate what comes up in therapy into their everyday lives. The MDMA session can facilitate change, but it provides a framework to be built upon, not the finished product.

Concerns for the future of MDMA therapy

Some experts fear that the research into MDMA therapy is being outpaced by the growing cultural interest in psychedelics. In times of desperation, it appears that many couples are taking matters into their own hands and resorting to illicit methods to acquire MDMA.

In the UK, ecstasy and ‘ecstasy-like’ drugs are classified as Schedule 1 controlled substances, under the Misuse of Drugs Act 1971. MDMA is considered to be one of the most harmful drugs and said to have no therapeutic value, despite growing evidence to suggest otherwise. Though it appears that MDMA is a safe substance and viable treatment when administered in a clinical setting, its unregulated use poses a greater risk.

Unregulated MDMA is often cut with other, more harmful substances. According to research by Pill Reports, 45% of 25,700 MDMA pills analysed between 2005 and 2017 were adulterated in some way, with some pills containing no MDMA at all. Impure MDMA, or exceptionally high doses of pure MDMA, can have serious adverse effects, including panic attacks, seizures, and death.

But even within the security of the clinic, there are further hurdles to jump. In their book, Love Drugs: The Chemical Future of Relationships, authors Brian Earp and Julian Savulescu explore the ethical implications for incorporating ‘love drugs’, such as MDMA, into medical practices.

The authors address the argument that MDMA therapy is falsifying emotions and building connections on an illegitimate identity. They argue that MDMA “doesn’t pull on puppet strings and it doesn’t commandeer your brain forever. Its immediate effects are temporary. The more lasting changes it can help to produce are available to your conscious reasoning and critical reflection.”

It is important to not misinterpret the findings of the existing studies. Researchers aren’t suggesting that compatibility can be prescribed. Instead, they are hoping to use pharmacological avenues to fill the cracks in established relationships and revolutionise couples therapy as we know it. 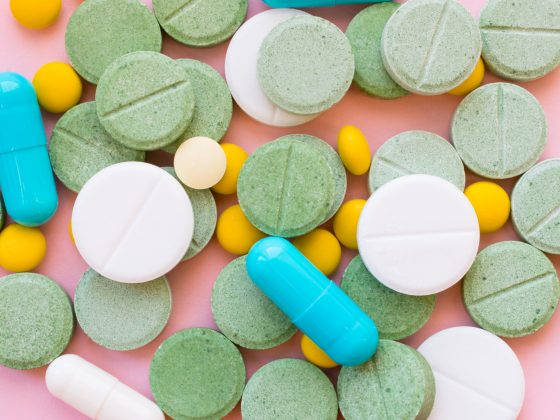 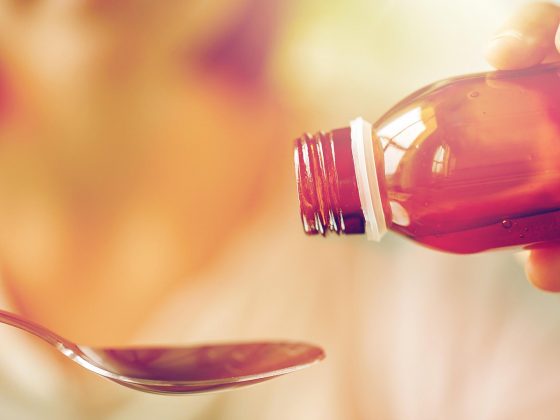