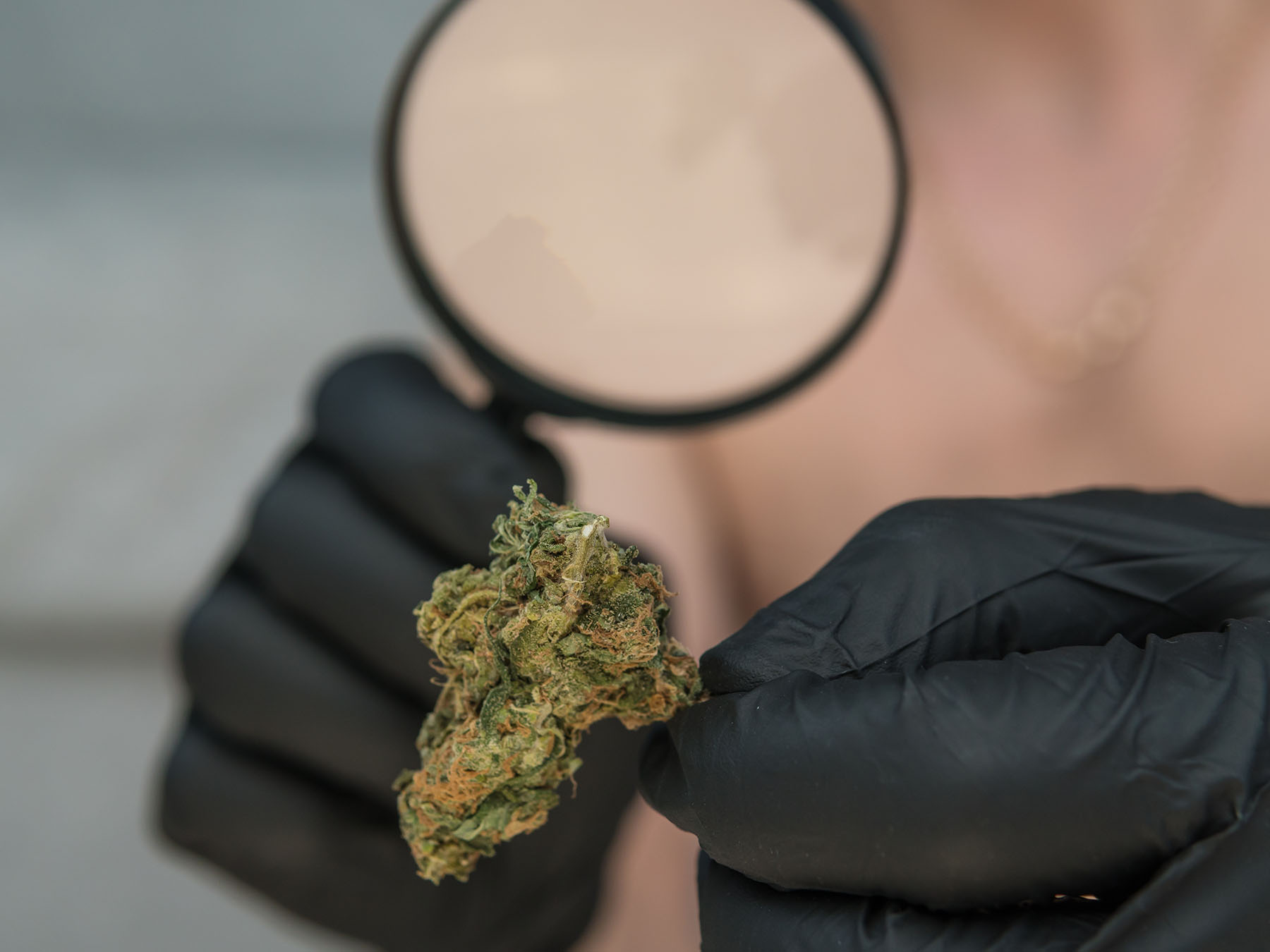 Despite medical cannabis being made legal in the UK in 2018, the number of NHS prescriptions remains painfully low. NICE take the firm stance that “more evidence is needed” to increase the number of conditions that can be managed with cannabis, often to a chorus of groans from patients and activists alike.

One organisation, Drug Science, hopes to change this by generating evidence. By making cannabis more accessible and conducting a widespread study into patient experiences, they hope to gather the data to make cannabis prescriptions on the NHS more common. We sat down with Dr Anne Schlag, Dr Michael Lynskey and Mags Houston to find out more about their study, and how it might influence the future of medical cannabis in the UK. As with all interviews, the following has been edited for clarity and length.

Hi all, could you tell our readers a little more about your organisation Drug Science?

AS: Drug Science is a charity founded in 2010 by Professor David Nutt after his sacking from the Advisory Council for the Misuse of Drugs (ACMD) for speaking the truth about drugs. There were a lot of regulatory and scheduling controversies related to cannabis and MDMA. He highlighted the fact that the scheduling of these drugs is irrational, and not in line with the scientific evidence.

At Drug Science we pride ourselves on being independent, not being influenced by political parties and providing the best possible scientific evidence on all kinds of drugs. This includes tobacco, recreational drugs as well as heroin, cocaine and alcohol. It doesn’t matter if it’s licit or illicit. We’re telling you the truth about drugs.

For those who aren’t aware of Project T21 and its aims, can you tell us what you’re hoping to achieve?

AS: There are two major aims with T21. First is adding to and developing the scientific evidence for medical cannabis, because randomised control trials are limited in some ways. There are already vast amounts of patient-reported outcomes from using cannabis medically, and many of them have been audited in the US and Canada, but not here in the UK.

So the aim is to correlate a large amount of data based on patient-reported outcomes. But also, the cost of medical cannabis in the UK, when we started T21 was extremely high, so our other aim was to reduce the cost of a medical cannabis prescription so that a much wider array of patients with different conditions and socio-economic backgrounds could access medical cannabis here in the UK.

ML: The T21 study aims to take a step back in its approach compared to traditional medical research, which is based a lot on the idea of randomised controlled trials. The traditional model in an RCT would recruit people with a target condition and no other comorbid condition, so if you’re interested in studying anxiety, you would exclude people who drank alcohol or who were also depressed, and then you’d look at one very specific compound, say an oil with 10% CBD and 10% THC.

You then might spend several millions of pounds conducting this trial and at the end, you’d conclude if that one oil was successful, but then that one oil can be used for that one condition only.

We want to move to a more observational or real-world approach, which is becoming increasingly common in other areas of pharmaceutical research as well. It has several advantages, sometimes the findings from RCTs don’t generalise, and suddenly you’ve conducted a trial that excluded certain people and now a drug is being prescribed to those people, that’s when unexpected side effects emerge.

So there’s this emerging tradition of using observational, real-world data, and because of the unique and varied properties of cannabis, I think this approach is really well-suited to the drug. This is the model we’re following with T21, and we’re providing support and training to doctors who wish to prescribe cannabis, but we don’t have a say in what they actually prescribe.

What sort of data are you asking to collect from patients in the trial, and how many patients are currently enrolled?

ML: We’re looking for things like what other drugs people are using at the time and some standardised measure of key symptoms, some of it is around the quality of life, sleep, mood and also standardised measures for the condition the patient is presenting with.

If someone is presenting with chronic pain, they complete a questionnaire about the intensity and type of the pain they experience, they complete this information at baseline, when they first seek treatment, and then at three-month intervals. So going forward, we’ll not only be looking at whether they get better or not, but also whether the chances of getting better vary between different people and conditions.

We currently have around 1,150 people enrolled in the study. The name Twenty21 was a very aspirational idea that we’d recruit 20,000 people by the end of 2021, and that’s not going to happen, but the value of the data goes up the more people we have involved.

Do you think there will be an opportunity to add in data from people who are self-sourcing their own cannabis, from the black market or home grows?

ML: There’s a lot going on along those lines in North America, but it’s not something we can do with T2, as the study focuses on patients receiving prescriptions from Doctors. One advantage of this is that we have a good idea of the products being prescribed whereas the challenge for studies of the illicit market is trying to find out what people are using.

How have people in the study responded to T21?

ML: People are actually quite pleased to take part in the study and provide the data. We’re not giving them a thousand pages to fill out, it’s 10-15 minutes of their time, and we really appreciate that. I think a lot of people are quite eager to do it, because they recognise the value and the need to build a base of evidence.

MH: It appeals to people’s desire to do something for the greater good. They know that they are contributing to the evidence pool that is ultimately going to change policy and open up access on the NHS. Then let’s not forget there is a huge benefit to patients, that they can access subsidised products. The prescriptions are reduced in price for participating in the project. Thanks to the funding we receive from the producers we’ve partnered with to run the study.

“People are actually quite pleased to take part in the study and provide the data… I think a lot of people are quite eager to do it, because they recognise the value”

What happens to the data, can people interested in T21 get access to the results of the study?

ML: We want to get the results out there to as many people as possible. We have a monthly newsletter, with patient stories and updates on participation numbers. We’re also going to start releasing these ‘data nuggets’ starting this month. For example, sleep is a big issue for people with some of these conditions we treat, such as PTSD, anxiety or pain. We ask people about the quality of their sleep, and we now have some evidence that prescribed cannabis can improve sleep.

Has anything so far surprised you in the data? Anything you didn’t expect to see?

ML: I think because we have looked at so much data from other countries, maybe not surprised, but what we’re seeing busts a lot of myths. For example, one myth is that people being prescribed cannabis are healthy young males just looking for an excuse to get intoxicated, and the data very clearly shows this is not the case, so now we have the evidence for those sceptics. We’ve had access to so much data from other countries but now we have data for the UK, and that’s what’s needed politically.

MH: Right? We’re finding out things that other people in other countries have already found out, but now we’re doing it in order to change policy here in the UK.

ML: One question we ask, which is used in thousands of studies, is to ask people to rate their health on a scale of zero to 100. 100 is feeling like an Olympic athlete or something, and 0 being the absolute worse. At baseline, people in the study gave an average rating of about 40, which is quite low. The UK household average is about 80. Three months later, people on the T21 study were averaging around 60, so it’s quite a significant improvement – even though you’re expecting it, it’s still quite surprising! 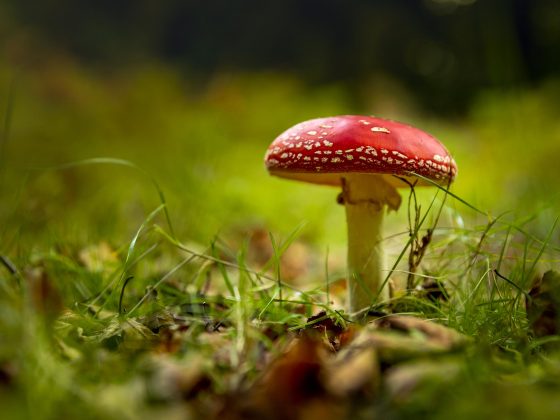 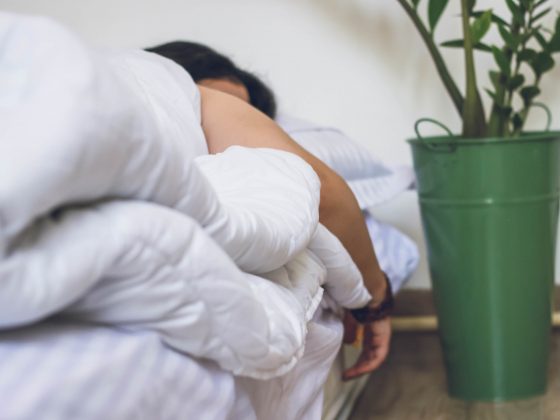 Can CBD help with sleep?