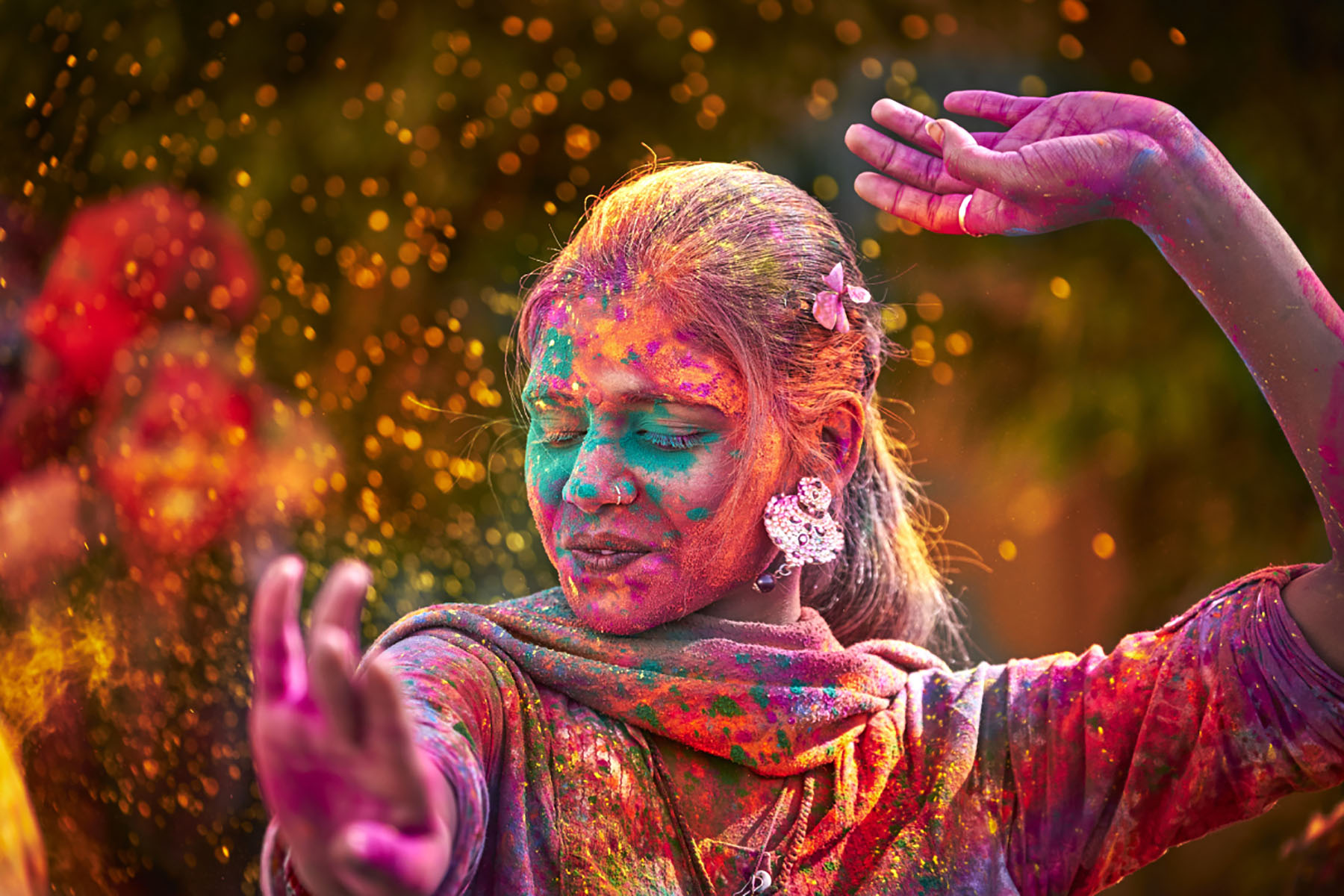 Indian streets come alive with colour and laughter during the festival of Holi. Bursting with people covered in bright coloured powder from head to toe like a paintball match gone rogue, it’s the festival to officially let loose, splash colour everywhere and gorge on “bhang” lassi, a drink made with cannabis leaves and yoghurt.

Most popular in North India, bhang is almost a cannabis milkshake, believed to rid one of all kinds of woes and ills. It’s said that in the 19th Century, bhang was used to welcome guests to a home in the country. The perfect drink to toast to good health. Even today, around 31 million people in India use cannabis products, according to the Magnitude of Substance Use in India survey 2019.

However, India has a funny relationship with cannabis. Smoking a joint comes with a sketchy reputation, yet bhang flows through the streets during the biggest celebrations in the country. While cannabis flowers are illegal, bhang is sold over the counter at government authorised shops, usually littered with dazed customers giving the ‘special’ cookies a try.

On the surface, cannabis as we know it in the west is shunned like a class A drug and perceived to be harmful to society. The Indian government has classified cannabis as part of the official drugs of abuse along with morphine and ecstasy. Production, transport and possession of over 1 kilogram of cannabis can lead to up to ten years behind bars with a fine of 1 lakh rupees (£990). A recent scandal in Bollywood, India’s behemoth film industry, shed light on the population’s perception of cannabis, when in June 2020, Bollywood heartthrob Sushant Singh Rajput was found dead and initially alleged to be murdered by his girlfriend. While heartbroken fans mourned and curious minds nitpicked over the sensational case, it was found that the deceased had consumed cannabis. This led to an outburst, as media channels made headlines for weeks about “drug rolled cigarettes” which eventually seemed to take centre stage in discussions about the case.

Despite the negative reputation in the media, cannabis is widely used in India, especially by the thriving younger generation. India’s capital city New Delhi ranked third highest in the world, over Los Angeles and London, for the consumption of cannabis in 2018. Cannabis is the most commonly used substance in India, which grows wild across the country. A former Narcotics Bureau officer claims that over 2,100 hectares of cannabis are grown around the Himalayan mountains in North India.

Parvathi Valley is a testament to this claim. A part of the Himalayas, it is popularly considered the Amsterdam of India, attracting international backpackers drawn to the cheap, locally produced hasish, where cannabis is rubbed all day and the resin is used to make charas. It’s actively farmed, mostly hidden in villages across the hills. These hills are a tribute to centuries of cannabis production as India has always placed the cannabis plant on a pedestal, both historically and religiously. 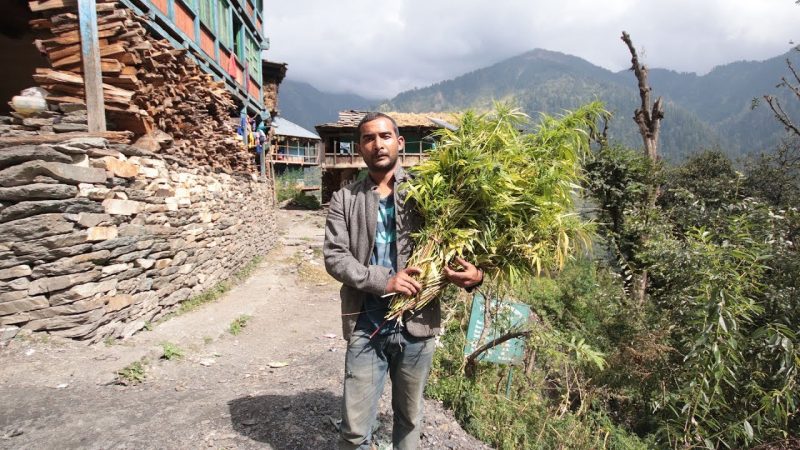 Shiva, one of the most important deities in Hinduism, is famous for proclaiming bhang as his favourite food. According to the legend, after a row with his wife Lord Shiva stumbled on a few leaves of cannabis. He was besotted with them immediately and praised it for the relaxation it provided. Apparently, Shiva also proclaimed that it is instrumental in improving marital relations.

Shiva’s birthday or the festival of Shivratri is celebrated as the day Lord Shiva swallowed poison to save the world from darkness. In this tale, after the poison, Shiva consumed bhang to relieve himself. Some of Shiva’s followers, especially a sect of people called Sadhu’s can be found perched under trees, clad in thin orange cotton, puffing on fat wooden chillums in random nooks and corners of the country. Leaving the material world behind, they are nomads who meditate to revel in the bliss of their spirituality.

The book of Vedas, considered the ultimate book of knowledge in the Indian culture, highlights the medicinal properties of cannabis. In the book of charms and magical invocations, Atharva Veda says “Darba, bhang, barley mighty power. May these deliver us from woe!” The Vedas, a collection of hymns and religious texts created between 1500 and 1000 BC are considered sacred texts. They appropriately exalt cannabis to be ‘the liberator’ and a source of great joy. Muslim devotees too considered bhang a lengthener of life, according to accounts from the British colonial rule in India. The Colonial government was concerned with India’s adoration for cannabis and commissioned a report on marijuana by The Indian Hemp Drugs Commission. The report did not raise any serious concerns, only pointing out that bhang was a poor man’s pleasure, a comforting, mystical and sacred plant for the people.

It was the Ronald Reagan government in the United States and their war on drugs campaign that changed India’s attitude towards cannabis. The country opposed prohibition at the Single Convention on Narcotic Drugs in 1961, but was given 25 years to make up its mind. Finally, in 1985, India agreed to prohibit cannabis, everything but the leaves. They banned the use of the buds and resin but saved the leaves for the beloved bhang.

Over recent years, global attitudes towards cannabis have shifted. Western countries such as the USA and Canada have led radical policy changes, fueled by global medical and scientific research int the benefits of the plant. India is slowly waking up to the potential of the international cannabis industry. In 2018, Uttarakhand was the first state in the country to legalise the cultivation of cannabis for industrial purposes. India’s second-biggest state Madhya Pradesh followed suit in 2019, citing that the scope of industrial production will help them progress from the position of being one of the poorest states. The Bombay Hemp Company and Hemp-Street are two of several successful start-ups which are taking advantage of legal cannabis to produce medicines, cosmetics, textiles and accessories in India.

For a country like India where tradition rarely takes the back seat, the ongoing status of cannabis continues to be a puzzling problem. Movements have started across the country pushing for legalization, on account of the medicinal benefits of the plant. The non-governmental organisation The Great Legalisation Movement Trust filed a petition to the Delhi High Court stating that it’s unscientific to group cannabis with other drugs like morphine. In 2015, organized efforts to influence the ban on cannabis surfaced with conferences across main cities in the country. Campaigners argue that India was the first to claim the medicinal benefits of cannabis in the past. Unlike other rebellions in Indian history, this time tradition is not the enemy, it’s the country’s internal struggle between its past and its future that holds it back.

Hanna Paul is a writer and data journalist from India, covering people, places and perspectives. 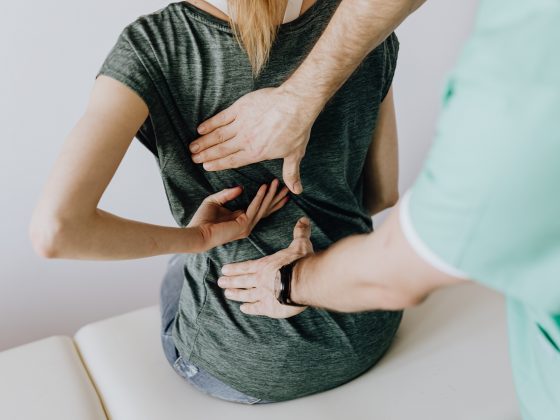 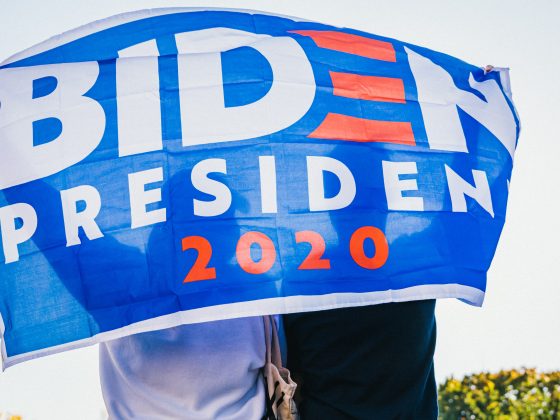