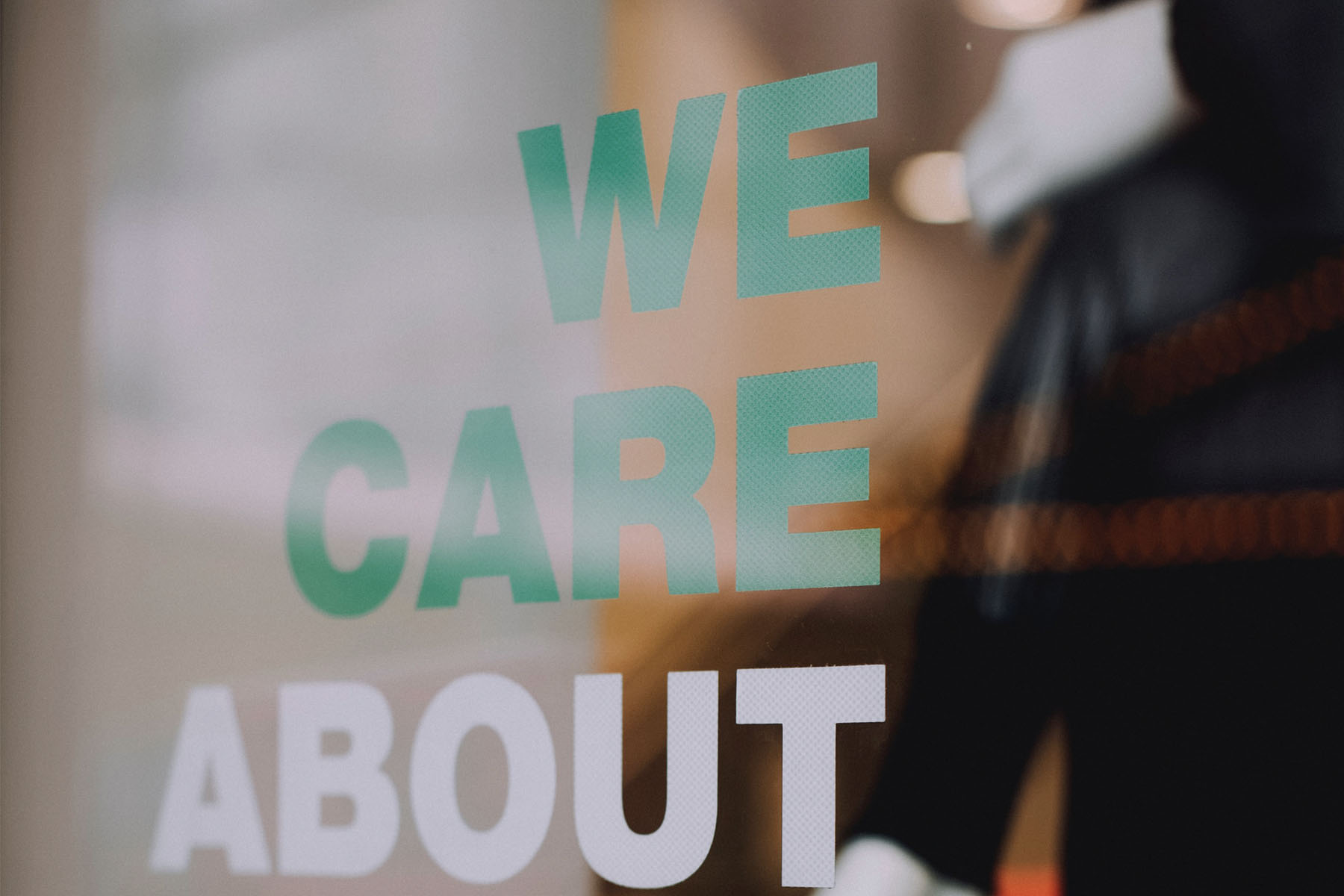 Greenwashing: what is it, how to spot it, and what to do about it

In the last few decades, it has become increasingly clear that the climate is in crisis. Temperatures are on the increase, sea levels are rising, and we have less than twelve years to prevent irreversible damage from happening to our home. It is no wonder that the general public is eager to do their bit by becoming more conscious of their consumption habits.

A poll found that 66% of global consumers are willing to pay more for environmentally sustainable products, from sustainable brands. This seems like a step in the right direction; if you have the privilege to pay a few extra pennies and do your bit to save the planet, why not, right?

Sadly, sticking buzzwords such as ‘ethically sourced’, ‘sustainable,’ and ‘eco-friendly’ on a product doesn’t guarantee that it’s any less damaging to the environment. The European Commission found that almost half of green claims lack any evidence of truth, with 42% of claims being found to be deceptive, untrue or greatly exaggerated. This phenomenon is called greenwashing.

The term greenwashing was originally coined in 1986 by environmentalist Jay Westerveld, to describe the ways in which misleading marketing is used by large corporations to misinform consumers. One of the first and most well-known instances of greenwashing came from Chevron, the oil company. In the 1980s they commissioned expensive TV and print advertisements proclaiming to be dedicated to protecting the environment. By showing employees ‘protecting’ wildlife (bears, turtles, butterflies etc.) they successfully deceived the American public. What they failed to mention was that these environmental programmes were mandated by law and had to be implemented as a bare minimum. Meanwhile, Chevron was violating the Clean Air Act, and the Clean Water Act, and was spilling oil into wildlife refuges – the very thing they insisted they were protecting. Greenwashing is deception, plain and simple, now packed in a plastic bottle that is 20% more recyclable! The sobering reality is that 91% of plastic waste ends up in landfills, and companies like Coca Cola, Pepsi, and Nestle have been the top plastic polluters in the entire world for three years running. So, think again when you see a single-use plastic bottle with the word ‘eco-friendly’ on it – I can guarantee you it isn’t.

In recent years, fast fashion companies have begun to capitalise on consumers’ desire to be more sustainable, through deliberately sketchy marketing campaigns. For example, in 2020 H&M launched their ‘Conscious’ collection; which uses so-called ‘environmentally friendly’ materials. However, they came under fire when it was uncovered that 96% of their sustainability claims were false. The ‘100% organic cotton’ being used was actually only 20%, and they still fail to state where their materials are sourced from. Another infamous fast-fashion brand guilty of greenwashing is Boohoo (who also own PrettyLittleThing, Oasis and Warehouse). Notorious for their modern-day slavery working conditions (a report by Behind the Label found that workers were paid as little as £2-3 an hour to sew garments with no PPE provided during the height of the pandemic) Boohoo are just as guilty of being deceptive in their discussions of sustainability. The vague claim made by the company’s CEO John Lyttle that ‘20% of all of [their] brands’ ranges will be sustainable or recyclable by this Autumn’ is downright lazy, and there is zero evidence of this being implemented. 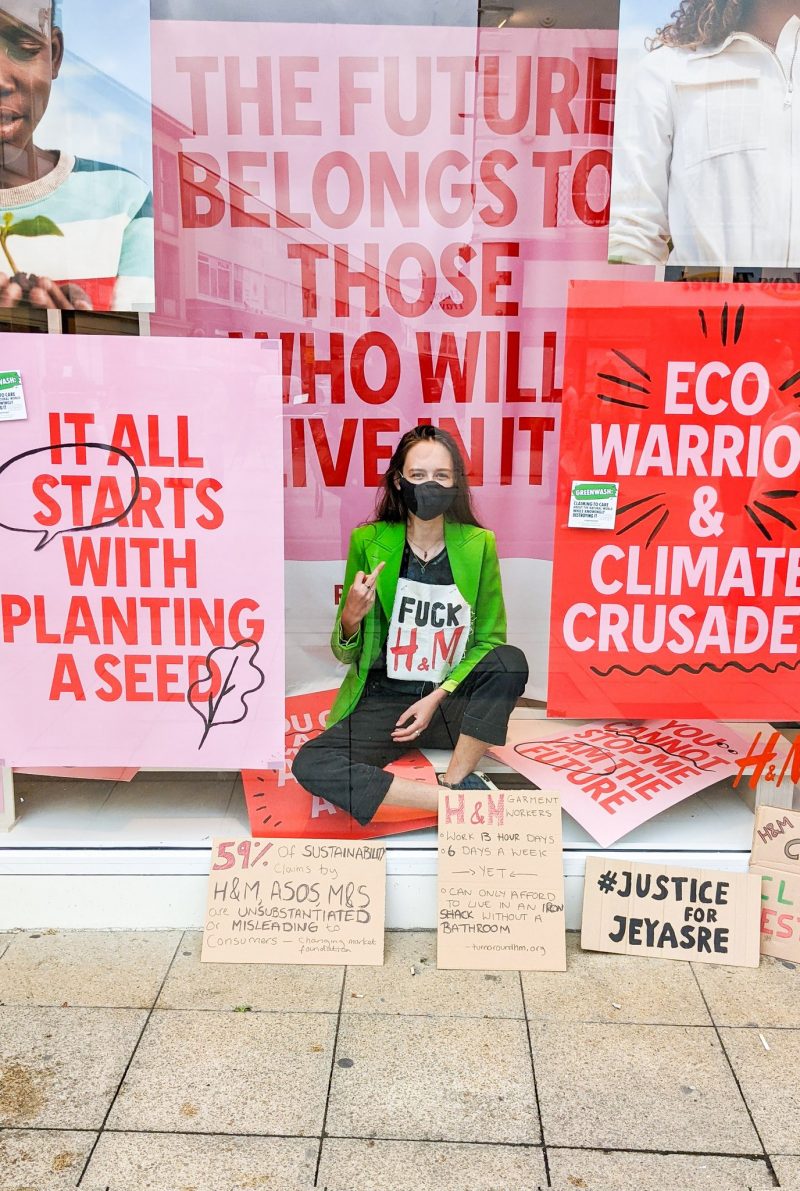 This puts consumers in an extremely difficult position – how does one distinguish between greenwashing and genuine, concrete attempts at sustainability? Well, unfortunately under capitalism, there is no ethical consumption, because there are no truly ethical companies when profit is the priority. But, as individuals who need to buy things like clothes, food, and cleaning products in order to further our lives, how can we be more conscious?

Good news, if you’re taking the time to read this article, you care enough to want to make a difference in your consumption habits. Research is a great start! To spot greenwashing, make sure you question things. Be sceptical. When faced with all of the typical buzzwords on a product, look further. Is there an official certification on the product that shows that it can actually be recycled? In terms of clothes consumption, we should focus on harm reduction. Yes, shopping in charity shops, vintage shops, eBay, Depop, Vinted and other second-hand selling websites is much better for the environment, but it is not accessible to all. We are all fallible humans that are just trying to do our best, not all of us have the time or the money to dig for vintage clothes. It is also extremely difficult for curvy or plus-sized people to easily access second-hand clothing in their size. Don’t beat yourself up if you need to buy a cheap T-shirt from a fast-fashion company, you’re not a bad person. As long as you ask yourself these questions first; will I wear this more than once? Do I own something similar? Why am I buying this? If you still need to buy it, fair enough. Furthermore, the website Good On You can aid you in your sustainable clothing search. It is also an app, that rates thousands of clothing brands on three main issues. They take an in-depth look at fashion brands to see if their sustainability claims are true, and have a ranking system based on how the brand treats the planet, people and animals. This website is perfect for those who truly want to become more conscious of their consumption, without being tricked by sneaky greenwashing claims. They lay out the facts, plain and simple.

Companies and governments alike are quick to put the onus on the individual when it comes to saving the planet, but trust me, forgetting your reusable coffee cup once in a blue moon isn’t what is damaging the planet. It’s the multi-million-pound companies that try to sell you their products as ‘green’ whilst they sneakily pollute the Earth. We should all do our best to make individual changes, but the way to make large-scale change is to band together for the same cause. Whether that be through protest, signing petitions, emailing your MP, etc., we need to put pressure on the government and other institutions to make big, meaningful changes.