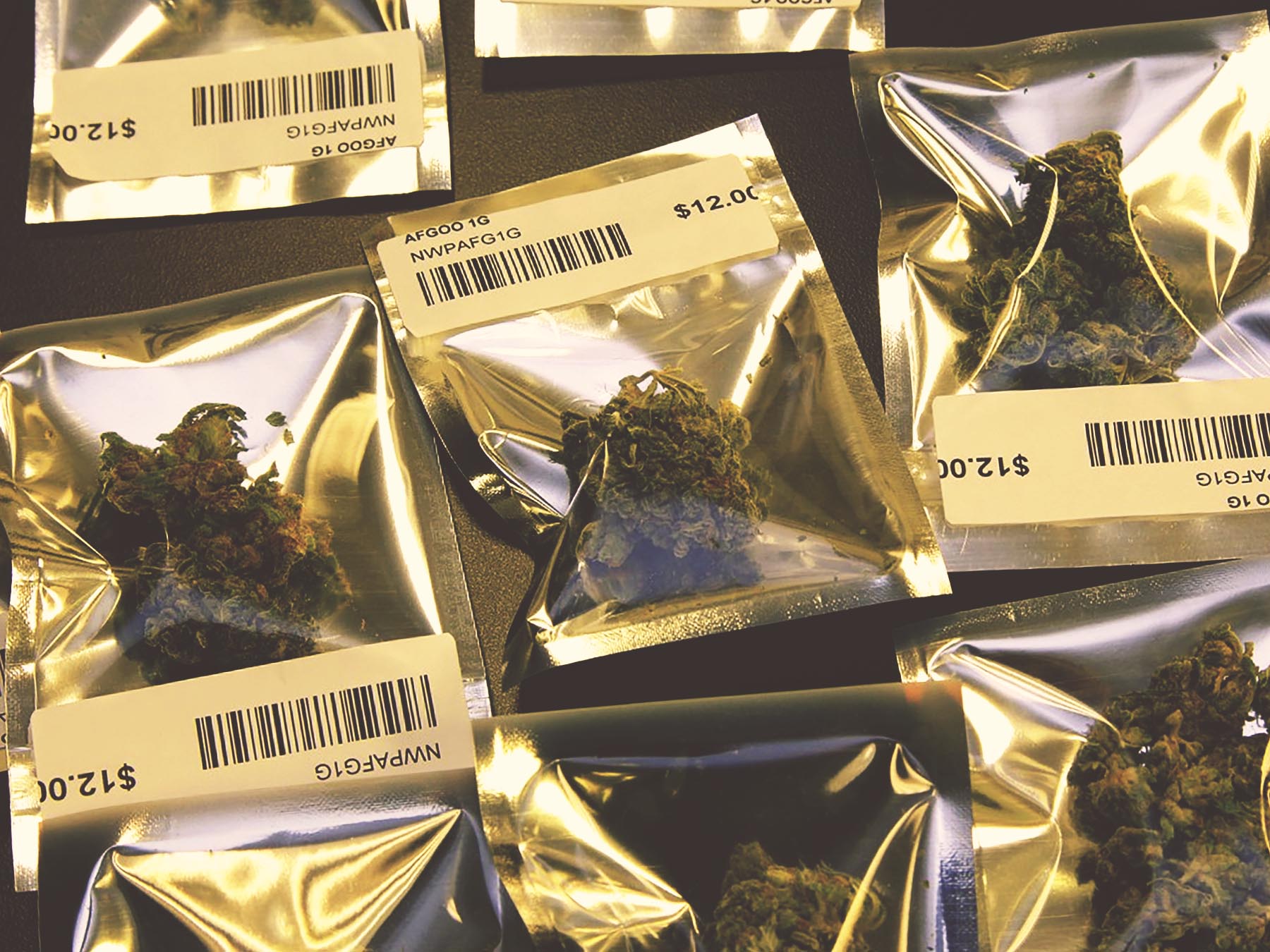 Across the UK, more and more weed dealers are selling cannabis in alluring premium branded bags that mirror the pizzazz of packaging from a dispensary in California. Cali weed can command a much higher price than standard cannabis, thanks in part to its association with an aspirational legal market and celebrity brand names. Thomas Hobbs investigates whether British smokers could actually be getting ripped off by buying into the Cali weed dream.

There’s a revolution happening in the UK around the way drug dealers are selling cannabis. Rather than putting their product in a generic baggie, dealers across the country are now selling in premium-looking plastic bags and tubs, which feature multi-coloured cartoon characters and eye-catching brand names. It looks, and feels, more like you’ve just picked up a Q (7 grams) from a dispensary in Colorado than some bloke in an alley round the back of Aldi.

“You can bulk buy all of your plastic bags and stickers online for £50, max,” reveals Dave, a dealer based in the North East. “By putting your buds inside one of the bags, your overall profits will grow by at least 30%”

What UK dealers are doing is an extension of America’s legal market, where glossy bags that carry exotic strains and promises of premium quality are the new norm. This is a standard Dave wants to emulate: “Cali is the standard. With the new lighting set-ups and technology, UK growers are getting closer and closer to Cali bud quality. I guess Brits are aiming for the same level of quality [as the U.S.] on branding and packaging too!”

He adds: “A lot of UK dealers are trying to start brand names now so that when the UK government realises the medical benefits of cannabis and it’s finally legalised, they already have a head start in terms of building a popular brand.”

Yet where there’s opportunity, there’s also room for dishonesty. Edgar, a cannabis dealer from the Midlands, admits he falsely sells fairly bog-standard dominant British strains, such as Amnesia Haze and Star Dawg, in premium bags to his customers. “If I sell Star Dawg in a branded bag and say that it’s a rare strain [with unique effects] then I’ll get at least double the money for it,” he says. While he doesn’t do this to his “inner circle”, he says that if a buyer isn’t “a seasoned weed smoker” then they represent “easy money.”

Dave insists he is honest with all his customers about the strains they’re getting in his new bags, but he says rival dealers are increasingly inflating their product. “It is so easy to give the illusion and to look professional. As a customer, you’re not going to be rude and say: “Can I just check?” to some Californian-branded weed that’s already factory sealed. You are going to trust you are getting the real deal. That’s a big key to why people are getting away with doing it.” How much of the market is getting away with it, I ask him? “Probably 30 to 40% of all UK dealers are mis-selling with the bags.”

None of this is a surprise to expert George McBride, a partner at Hanway Associates, a UK-based consultancy that helps clients understand the opportunities presented by an emerging cannabis market across Europe. “I don’t think there is any relationship between packaging and product in the black market,” he claims. “There are high-quality products sold in professional-looking packaging and there is very low-grade rubbish sold in the same packaging. This is one of the many problems with a black market.”

Dealer Dave believes a combination of desperation due to the flailing British economy and dealers recognising there’s “a lot of furlough money they can grab onto” is fuelling the rise of cannabis being mis-sold in fancy bags. But regardless of the root cause, Hanway Associates’ McBride says customers are happy to buy into the illusion. “I’m not convinced it’s a sign of connivance or desperation [from dealers], but instead reflects a growing awareness among customers of the range and depth of cannabis products which are now sold legally in other markets.”

Scottish dealer Jay sells high-grade cannabis imported from California at prices that reflect the risk he is taking by paying to smuggle it into the country. If cannabis was made legal in the UK, Jay believes a lot of the tactics we’re currently seeing would ultimately disappear. “At the moment there’s a big demand for Cali weed,” he explains, “and if UK dealers falsely market their stuff as Cali Weed then they can make stupid amounts of money for something that’s been sealed to look professional with hair straighteners. It’s disgusting. I’d say that happens nine times out of ten.”

He continues: “Some dealers are targeting the less educated crowd, who don’t have a clue what they are buying and just want to get high. They’re ripping them off. But if weed was legal, people would have more of an understanding of the product and its effects, and they’d be able to trust the quality of what they were purchasing as it would have gone through all the proper checks that come with a legal market.”

With London’s mayor, Sadiq Khan said to be considering launching a review exploring the benefits of decriminalising cannabis in the capital and US-based Curaleaf Holdings, the world’s largest cannabis retailer, recently agreeing a $300m-plus deal to buy one of Europe’s biggest cultivators of cannabis, it’s likely that legality will arrive in the UK sooner rather than later. But in the meantime, expert McBride has the following advice to British smokers: “[When it comes to bags] don’t judge a book by its cover. If possible, buy from growers you know and trust.”

Some names and locations have been changed for obvious reasons.

Thomas Hobbs is a culture, music, film and business journalist who writes for titles such as the Financial Times, Guardian, BBC, Dazed, Telegraph, Independent, Pitchfork and VICE. 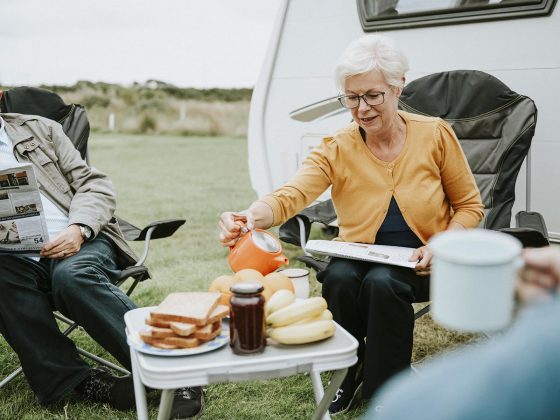 Could CBD help treat the symptoms of Parkinson’s disease?