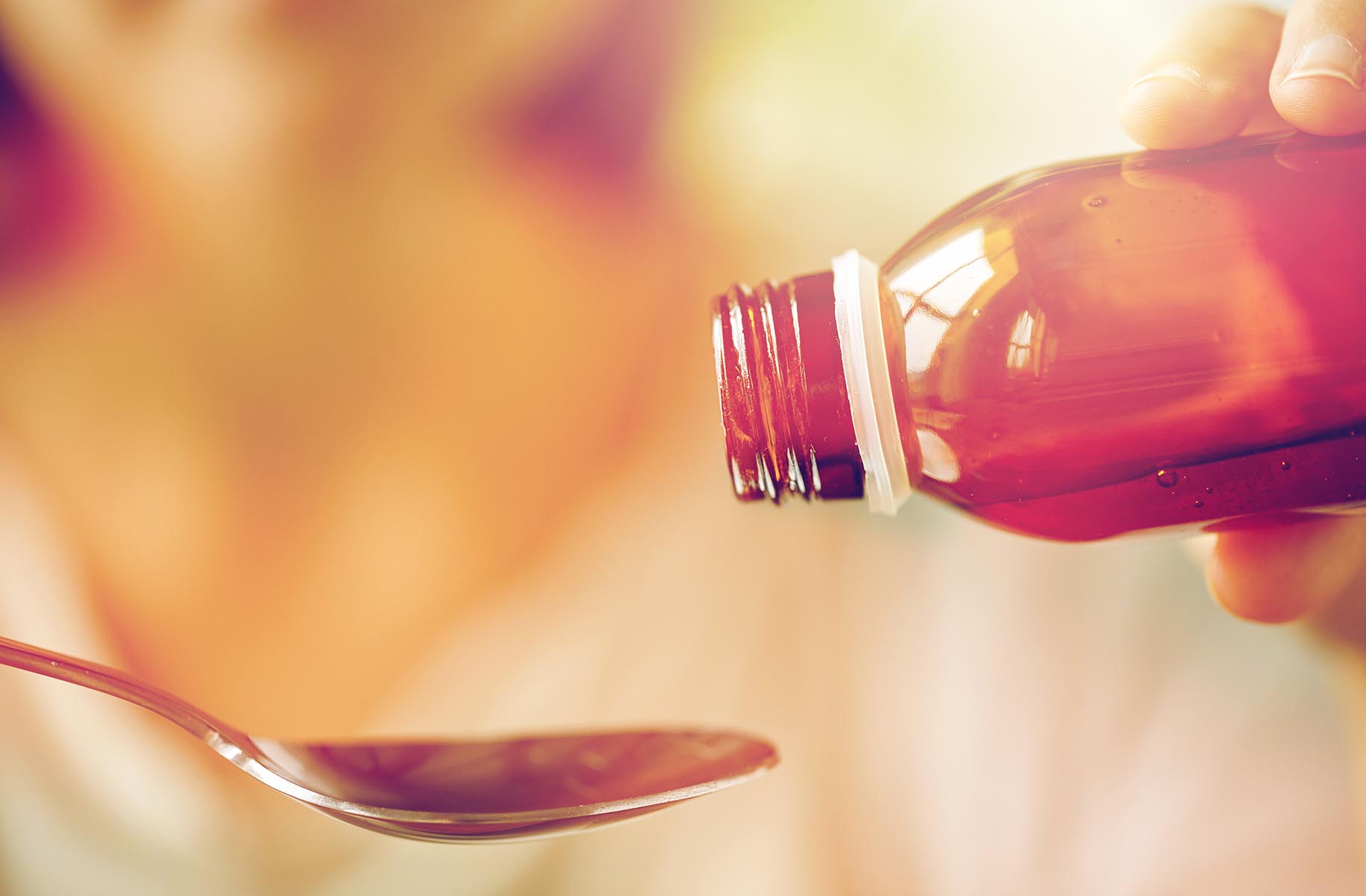 The endocannabinoid system is a vital, yet mysterious, biological network within the human body. A large proportion of the public doesn’t even know of its existence, let alone its importance in maintaining our general health and wellbeing.

The dysfunction of this complex system, known as clinical endocannabinoid deficiency, could be the hidden link between several chronic conditions, and cannabinoids could be the answer to overcoming their gruelling symptoms.

The endocannabinoid system: an overview

Before the discovery of the endocannabinoid system (ECS), cannabis research largely focussed on the plant itself and not how it functions in the body. The ECS was identified not long after researchers were able to isolate the plant’s major cannabinoids, cannabidiol (CBD) and tetrahydrocannabinol (THC), in 1942 and 1964, respectively.

The ECS is known as our “universal regulator”. It oversees and coordinates countless biological processes so to keep our bodily systems at homeostasis (in balance). Through the activity of cannabinoid receptors and their subsequent effect on our hormones and neurotransmitters, the ECS can fine-tune a myriad of processes. It is involved in regulating our mood, appetite, sleep, immune system, pain perception, memory, fertility, bone health, and much more.

It achieves this through the signalling of endogenous cannabinoids, also known as endocannabinoids, which are produced naturally by the body. There are two key endocannabinoids in the human body, anandamide (AEA) and 2-Arachidonoylglycerol (2-AG).

After AEA and 2-AG bind to cannabinoid receptors and finish their biological duties, they are broken down by their respective metabolic enzymes, fatty acid amide hydrolase (FAAH) and monoacylglycerol lipase (MAGL).

The body produces endocannabinoids as and when they are needed, so it is difficult to know what their typical levels are. Though some researchers believe that suboptimal endocannabinoid levels are the root cause of a range of chronic clinical conditions.

Since the ECS is highly involved in countless essential biological functions, it is highly plausible that its dysfunction can have a widespread impact on our mental and physical health, but what do the scientists say?

Dr Ethan Russo is a neurologist and psychopharmacology researcher that has pioneered research into clinical endocannabinoid deficiency. Russo and his team have theorised a reduced endocannabinoid “tone” – that is, suboptimal levels of AEA and 2-AG – underlies the pathology of numerous subjective pain syndromes, including migraine, fibromyalgia, and irritable bowel syndrome (IBS).

“The theory of CED was based on the concept that many brain disorders are associated with neurotransmitter deficiencies, affecting acetylcholine in Alzheimer’s disease, dopamine in parkinsonian syndromes, serotonin and norepinephrine in depression, and that a comparable deficiency in endocannabinoid levels might be manifest similarly in certain disorders that display predictable clinical features as sequelae of this deficiency,” according to Russo, in a paper published in Cannabis and Cannabinoid Research in 2016.

The “predictable clinical features” of migraine, fibromyalgia and IBS are that they all share comparable pathology. They are all diagnosed based on subjective criteria, all commonly associated with anxiety and depression, and the co-occurrence of the three conditions is not uncommon. It has therefore been proposed that targeting the ECS or endocannabinoid production could help to relieve some of the symptoms of these chronic conditions.

Although the concept of endocannabinoid deficiency is largely theoretical, some experimental studies have shown that people with these conditions either display altered ECS function or respond to endocannabinoid modulation, thus adding weight to the theory.

The theory has, however, been met with some criticism. One researcher, Dr Peter S. Cogan, believes the existing evidence to be of a “tenuous nature”, and has even highlighted some faults in the theory itself. For example, Cogan highlights that endocannabinoids “are found to actually be elevated in fibromyalgia patients.”

Much more research is needed to solidify Russo’s claims, but it is certainly possible that the dysfunction of the ECS could negatively affect our general health and wellbeing.

How to maintain ECS health

Low endocannabinoid levels have a number of causes, including low CB receptor expression, an overabundance of metabolic enzymes, insufficient endocannabinoid synthesis, or inadequate receptor-ligand binding. The good news is that an endocannabinoid deficiency is generally acquired, and not congenital, so – in theory – could be reversed.

Although the science is largely theoretical, there is no harm in prioritising small lifestyle changes that could support your general health and possibly improve your endocannabinoid “tone”. If you’re feeling run down, or just a little off, it might be worth trying the following:

Our gut microbiome has a significant impact on the chemical balance of our brain and body. A recent study has linked this gut-brain communication to the ECS, suggesting that endocannabinoid levels can impact our gut health, and vice versa. The idea that “you are what you eat” certainly rings true here.

Certain nutrient-rich foods – hemp seeds, chia seeds, and even chocolate – have all been suggested to stimulate ECS activity. Similarly, eating anti-inflammatory (and avoiding pro-inflammatory) foods could help to reduce gut inflammation which, in turn, could help to support the signalling of endocannabinoids.

We already know that staying active works wonders for our mental and physical health, but could it help to reverse an endocannabinoid deficiency?

Physical activity has been shown to correlate with increased endocannabinoid levels, and it has even been suggested that boosted anandamide levels are responsible for inducing the blissful “runner’s high” feeling, post-exercise.

Sleep is essential – there’s no disputing that. It’s when our body undergoes its reparative processes and is crucial for supporting our immune system, hormone levels, and our mood. So when our sleeping pattern is disturbed, this can throw our bodily systems – including our ECS – out of whack.

Anandamide has been shown to increase levels of adenosine, an inhibitory neurotransmitter involved in promoting sleep. Suboptimal endocannabinoid levels can therefore disrupt our sleep. Prioritising 8-hours of sleep a night could help to rebalance the body and restore our endocannabinoid levels.

Chronic periods of stress can also impact our anandamide levels, throwing our ECS off balance. It’s easier said than done, but lowering our stress and anxiety levels can be hugely beneficial to our physical health. Prioritising self-care, in whatever way suits you, is a great way to boost your mood (and your endocannabinoids).

It is, however, worth noting that there is often no immediate “cure” for the conditions linked to endocannabinoid deficiency. Always seek professional guidance if the aforementioned lifestyle changes aren’t effective – or perhaps try adding some cannabis-based products to your daily routine.

How CBD and cannabis could help

CBD and THC, the cannabinoids found in the Cannabis sativa plant, both target the ECS in different ways, so there is reason to believe that supplementing our ECS with cannabis-based products could reverse the effects of endocannabinoid deficiency.

CBD, the major non-psychoactive cannabinoid, is a hugely popular supplement in the world of wellness and has even been shown to have powerful therapeutic effects in the treatment of various clinical conditions.

Through its various mechanisms of action, CBD has been shown to improve sleep and reduce anxiety. This, in turn, could help to support our ECS health and keep everything in balance.

CBD is also able to inhibit the action of the FAAH enzyme. By preventing its breakdown, CBD indirectly enhances the signalling of anandamide. This, in theory, would be able to supplement the ECS and improve our endocannabinoid “tone”. There are countless CBD products available to buy. For more information, take a look at leafie’s beginner’s guide to CBD.

In regions without legal restrictions on THC content – the plant’s mind-altering molecule – it may also be beneficial to use whole-plant cannabis products. THC directly activates CB1 and CB2 receptors, which, as the findings of several experimental studies suggest, could boost ECS signalling and improve the symptoms of the conditions associated with endocannabinoid deficiency.

When it comes to researchers’ knowledge of the endocannabinoid system, there’s still a lot that they don’t know. Much of the ECS remains an inexplicable mystery, with no conclusive evidence to support the role of endocannabinoid “tone” in our health. Much more research is needed, but clinical endocannabinoid deficiency is certainly a promising theory for those seeking relief from these chronic conditions.