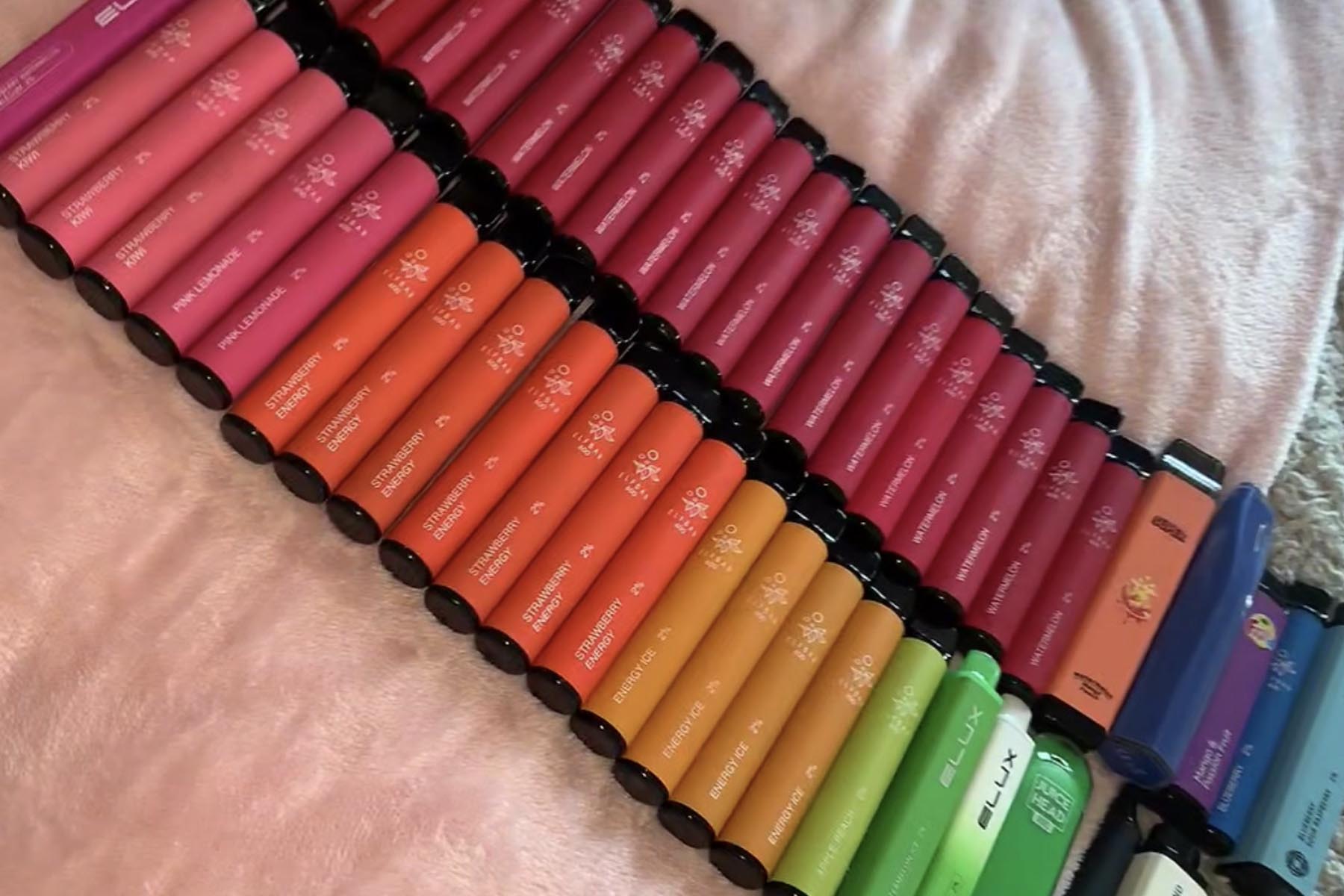 Before 2019 vaping was an activity universally deemed uncool. It seemed that the only people using E-cigarettes were the middle-aged – attempting to wean off real cigarettes for good – or the infamous ‘vape nation’ bros showing off their tricks for the rest of the internet to poke fun at. But in the past year or so, the disposable Elf/Geek bar phenomenon seems to have the world in a chokehold. There are thousands of TikToks of young people showing off their vape collections, confessing their addiction, and even some showing the graphic and harmful effects of chronic vape use – bleeding gums, nosebleeds, tooth decay and more… 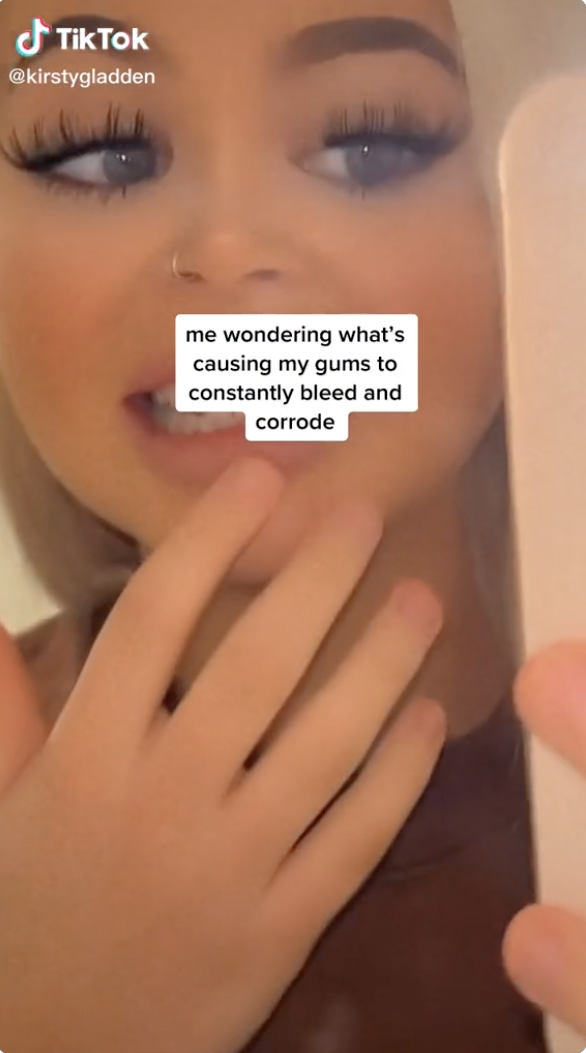 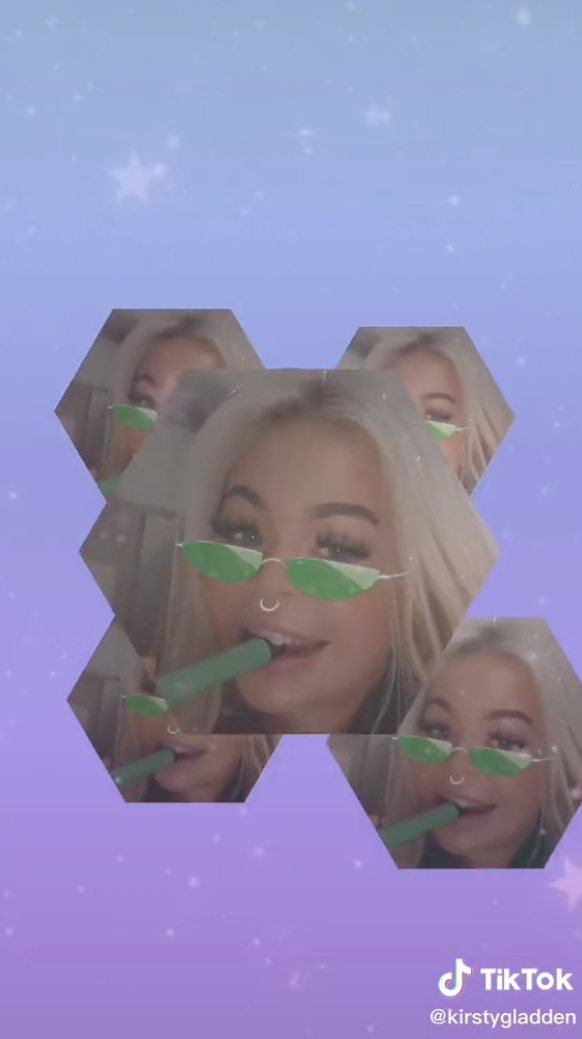 There are endless arguments stating that vaping is ‘better’ for you than smoking – statistics suggest that it’s 95% less harmful than cigarettes – but the rising popularity of these disposable bars means that instead of being used as a tool to reduce the amount of nicotine one consumes, people are using them at more frequent rates than smoking. Some even alternate between cigarettes and Elf bars – one for outside… one for inside? Plus, e-cigarettes are still a relatively new addition to the market, and there is no long-term research that shows the effects of using them for decades. The Committee of Toxicity of Chemicals in Food, Consumer Products and the Environment (COT) also concluded that exposure to particulate matter and nicotine could be associated with adverse health effects, and the long-term effects of inhaling flavoured ingredients are still inconclusive. Remember, there was a time when doctors insisted that cigarettes were good for you until the lasting damage became apparent decades later.

One Elf bar usually consists of 2% nicotine salt, the equivalent to 20 milligrams of nicotine, which is around 40-50 cigarettes, or around 500-600 puffs per vape. At under £5 per bar and half the size of their bulky vape predecessors, it’s easy to see why they’re so appealing to teenagers and young adults. Even the design of them seems to be aimed at younger consumers; they are sleek, small, and brightly coloured to match the fun fruity flavours (mango ice, sweet strawberry, blueberry, sour apple, peach ice, and more.)

It also seems that they are widely accessible, lining the shelves of corner shops and off-licences alike, which often allow people under 18 to buy these products despite the law. They’re so popular, there is even a black market for them; they can be bought in bulk online, from market stalls, and there are even reports of ‘fake’ versions being sold, that are more prone to leaking or exploding. All ways that make them easier to access than traditional cigarettes, and potentially more harmful. 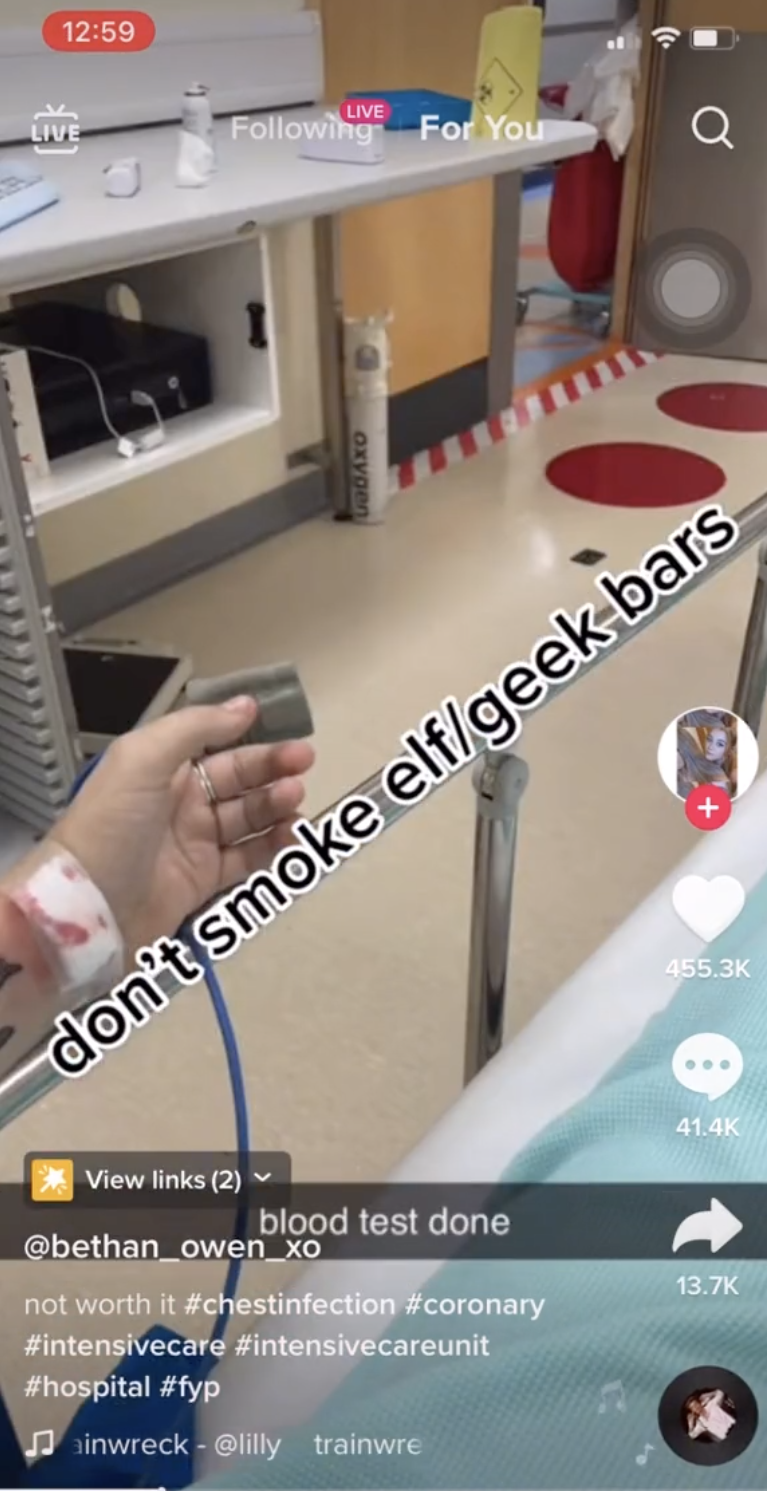 Whilst we’re all prone to a bit of hedonism and recklessness in our youth, it’s concerning to see the number of people already experiencing adverse health effects from chronic vaping, not to mention the added strain on the environment. There is already a single-use plastic crisis worldwide, and these pesky bars are quite literally piling up, adding to the ever-mounting problem. TikTokers are using the platform to show off their collections, and they are extensive, to say the least. If they’re not being kept as a souvenir, they’re more than likely ending up in landfills, or worse, in nature, posing more risks for the environment and wildlife. A survey conducted in early 2020 found that 51% of respondents put their used vapes in the bin, and the surge in Elf bar use in the past two years implies that it’s only gotten worse 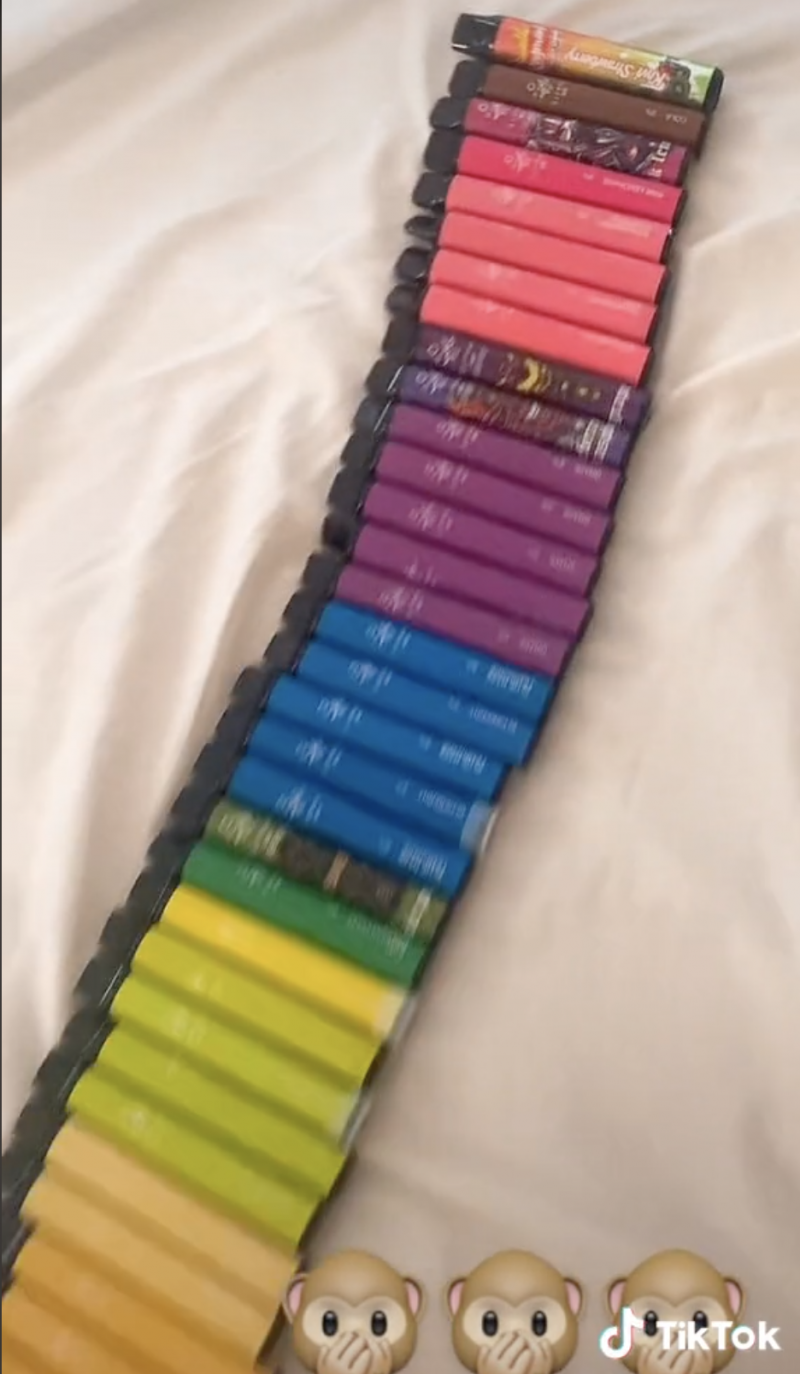 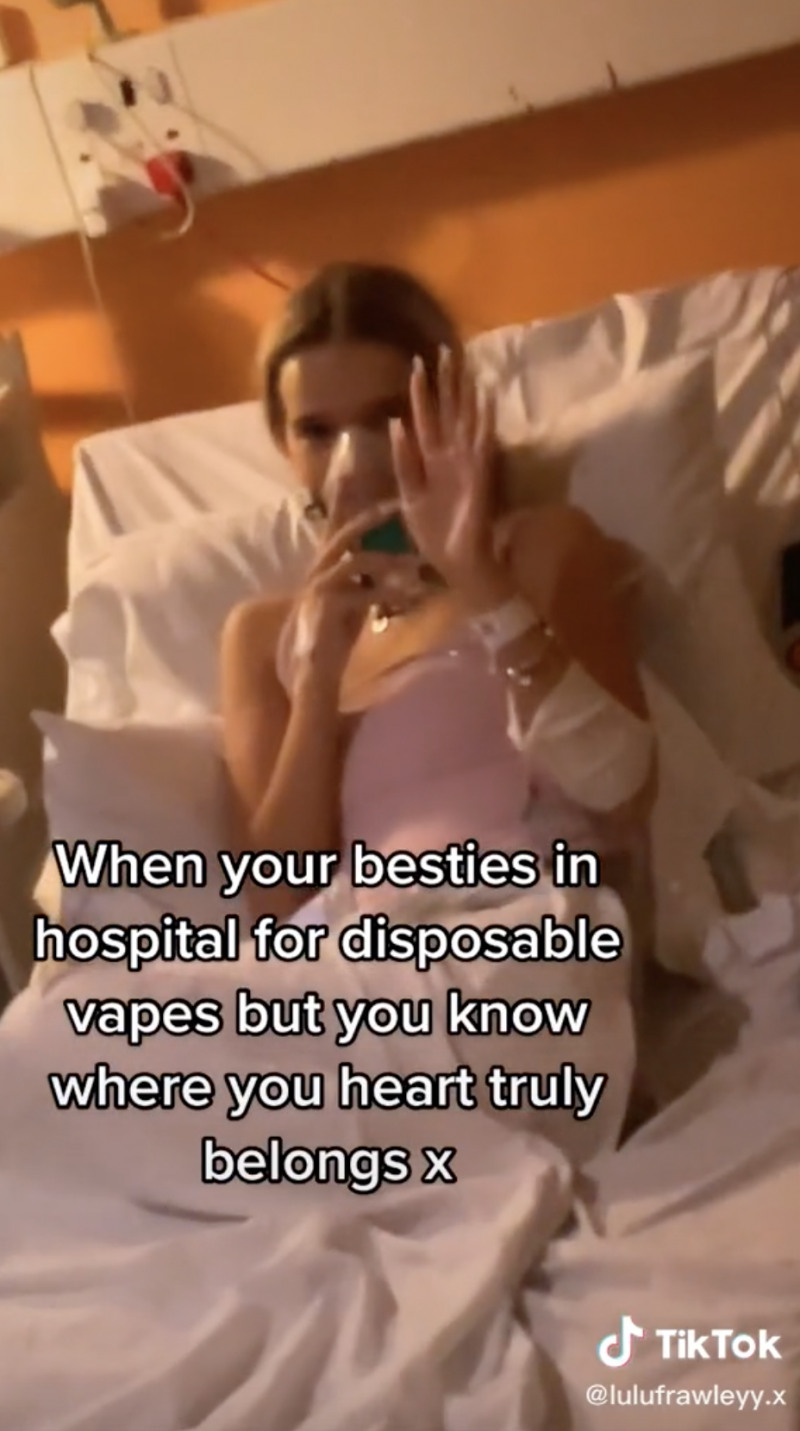 Although Elf bar use is particularly prominent in younger generations, it wouldn’t be fair to solely blame them for this toxic trend. After all, these products aren’t designed to be recycled, so pointing the finger at individual users won’t fix much. Instead, we must look to the government and manufacturers in the hopes that more regulations are put in place and a recycling scheme is created. For now, all we can do is work to inform people of the health risks (which never seems to be particularly effective) as well as the impact it has on the planet. If the risk of ‘popcorn lung’ isn’t enough to put young people off, the environmental effects might be enough to get users to slow down, or at least switch to a reusable one. 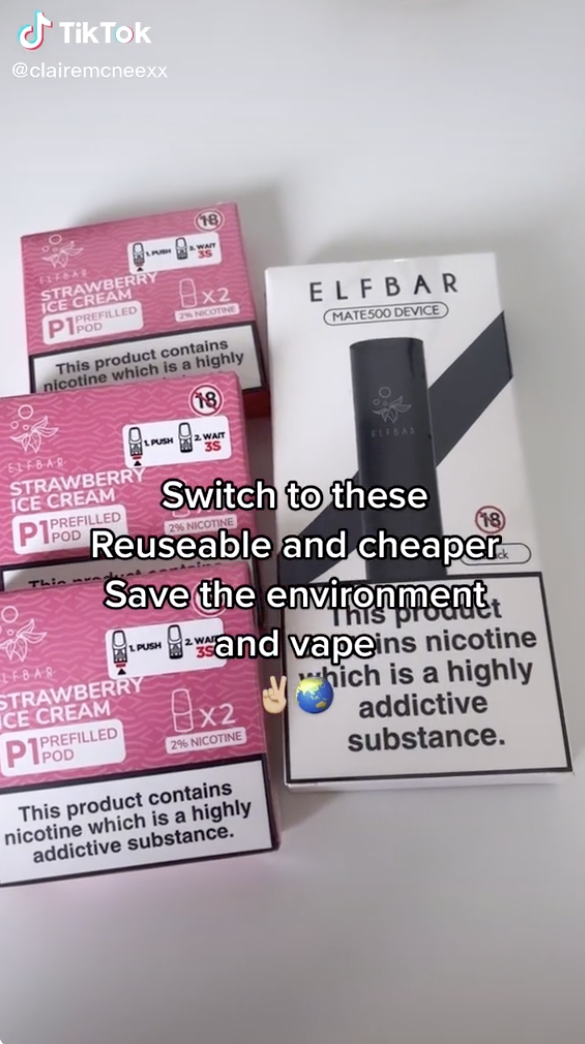 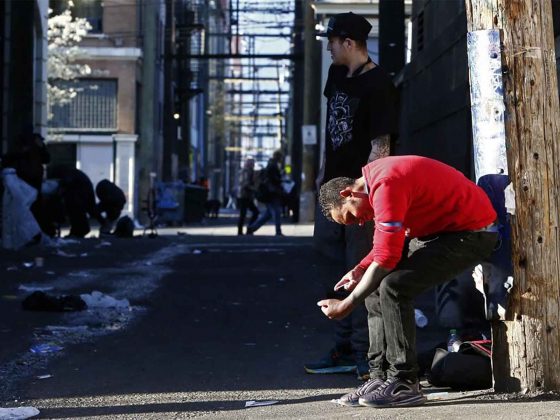 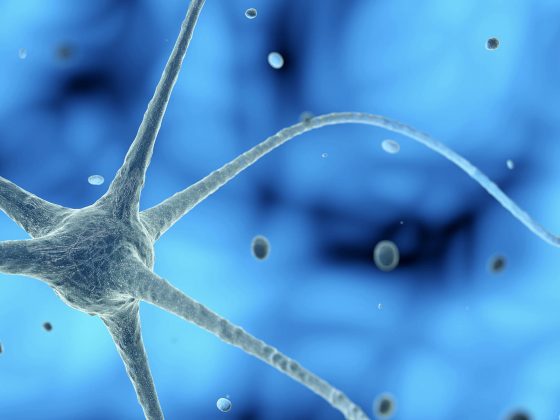