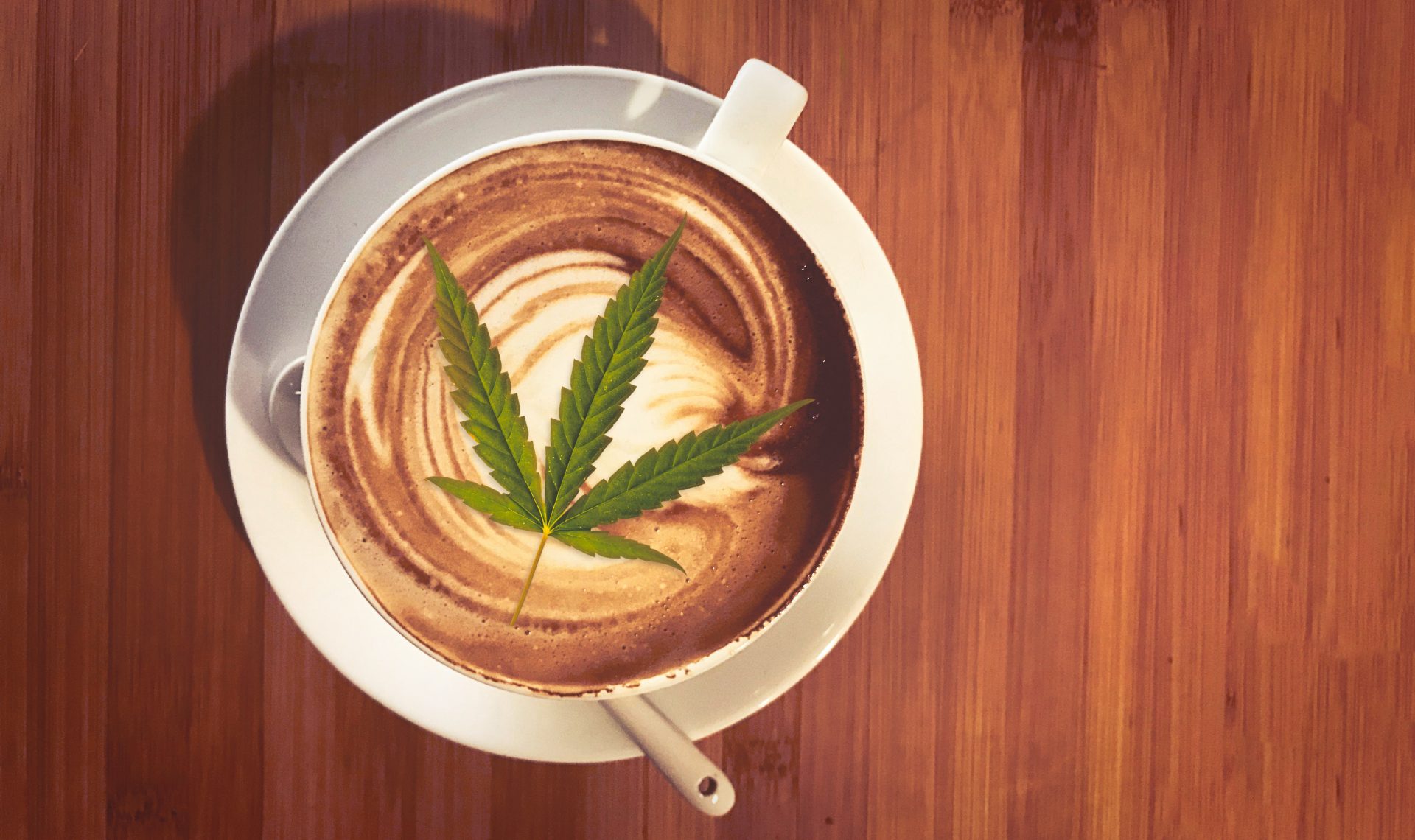 What words do you associate with cannabis?

Coffee and cannabis have been a perfect partnership for an extremely long time. Way beyond the famous Amsterdam coffee shops, even intertwined in their journey through historic regulations and biological interactions. There are many people across the world who enjoy a smoke with their mid-morning espresso and now, this love affair has crossed over into the CBD industry, with CBD infused coffee being a firm best-seller.

Legend has it, coffee was first discovered in Ethiopia by a goat herder…and his goats!

While chilling in a field, these ordinarily laid back animals started acting seriously hyped up, so the herder investigated a plant they’d been grazing on. He brought the plant to his local monastery, where the abbot steeped it, drank it himself and stayed up all night long! What he’d discovered were coffee cherries – the part of the coffee plant that cradles the stimulating bean inside.

By the 16th century, coffee was cultivated and its use was widespread, particularly in Arabic countries. For a long time, this drug (which it was considered to be then and still is now, although rarely referred to as such by avid coffee drinkers and popular coffee brands) was consumed to ignite conversation, spur on critical thinking, and offer a social buzz. It was also used medicinally and ritualistically across Arabia, China and India. Essentially, all much in the same way cannabis was (and is) used

Coffee bans and stringent regulations followed. Coffee drinking soon became something reserved only for the elites, particularly in the Ottoman Empire. In 1511, coffee was banned in Mecca (a place that had become famous for its coffee) for being ‘a dangerous intoxicant that inspired radical thinking’.

Meanwhile, cannabis was being used in much the same way around the world. Known in Ayurvedic medicine as a “source of happiness”, “joy-giver”, and “bringer of freedom”. Used, like coffee as a medicine – a treatment for epilepsy (first discovered by Arabic scholars al-Mayusi and al-Badri in 1000AD) and in Chinese medicine for the treatment of rheumatism, malaria, poor memory, gout and much more besides.

By 1535AD the cannabis we know and love today was widely used and accessible. Even under the staunch rules of Catholic and Protestant Britain, Henry VIII would actually fine farmers if they didn’t grow an acre of hemp for the country’s industrial and medicinal use for every 60 acres of agricultural crops. It was coffee that had garnered everyone’s attention – loved by the people, but apparently seriously concerning to the ruling class. Just like in the Ottoman Empire, the way coffee got people talking and thinking was a bit too much for those in power.

In Britain, 1672, King Charles II proclaimed all coffee houses must be closed to “Restrain the Spreading of False news, and Licentious Talking of Matters of State and, Government”. He continued this all out war on coffee for years, but the resistance from coffee drinkers and coffee shop owners was so strong that he was never successful in keeping it illegal for long. However, in other parts of the world coffee remained prohibited, resulting is illegal coffee smuggling and consumption across the world.

Again, all sounding pretty similar to our current ‘war on drugs’.

When the 19th century came along, a bit of a role reversal occurred. Industrialisation and the continued push from the publish brought with it the ability and desire to mass produce coffee. As a result, after a long history of prohibition, money-making prevailed and coffee was rolled out as a ‘drink for the workers’. It soon became what it is today – a household staple. Cannabis, on the other hand, then went from being a widely used plant, to a prohibited substance.

Why? We can only speculate. But if you ‘follow the money’, the answers may become clear.

During those 100 years, coffee has become a completely accepted drug that consumers are actively encouraged to become addicted to. Even stronger and stronger ‘strains’ are advertised and celebrated. In contrast, cannabis has fallen into the realm of disgrace – a dirty, dangerous drug, not the medicinal, recreational and industrial wonder it once was. Or so the propaganda says.

However, as we know, in areas of the world like Amsterdam, cannabis became illegal but it was also decriminalised, giving rise to the type of coffee shops that would make poor old King Charles II turn in his grave! Coffee AND cannabis?! What heresy is this?! And now that cannabis has (almost) come full circle and is gradually being welcomed back into society, coffee and cannabis have once again become a common pairing. But what is it about the combination that works so well?

Let’s look at the science. Because we can now!

As it turns out, coffee interacts with the endocannabinoid system (ECS), like cannabis. But, rather than boosting endocannabinoid levels, it decreases them, alongside other biological effects.

On it’s own, this could be seriously detrimental to health, unless you happen to have an over-active ECS which is also indicated to be related to plenty of health issues, including obesity. If you’re potentially endocannabinoid deficient, as might be the case for people experience a number of ‘treatment resistant conditions’ such as fibromyalgia, migraines and IBS, it’s probably best to steer clear of coffee altogether.

Regardless of your health, pairing coffee with cannabis might be the best way to enjoy the drink, as by using cannabis (or CBD) at the same time, you’re at least balancing out the effects on your ECS. While coffee depletes your endocannabinoids, cannabis increases them. Together, you might find the ideal mix of alertness, without the increase in stress and jitters coffee can cause (probably largely due to the impact it has on the ECS!).

So, what can we take from all of this?

If the perception of coffee can change as radically as history shows, so can cannabis. With any luck, soon we’ll all be able to enjoy both drugs in our own homes (should we wish) without fear of prosecution. 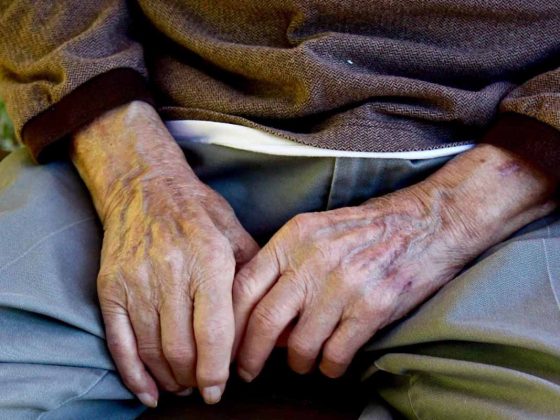 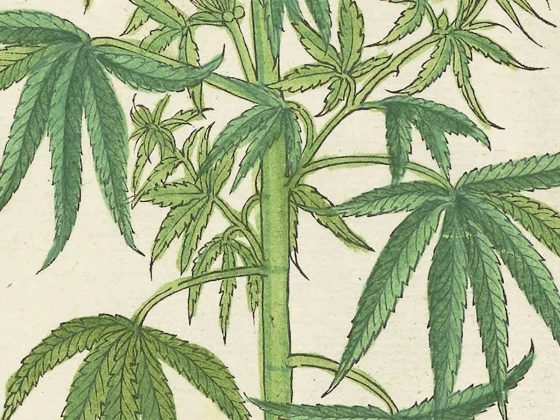