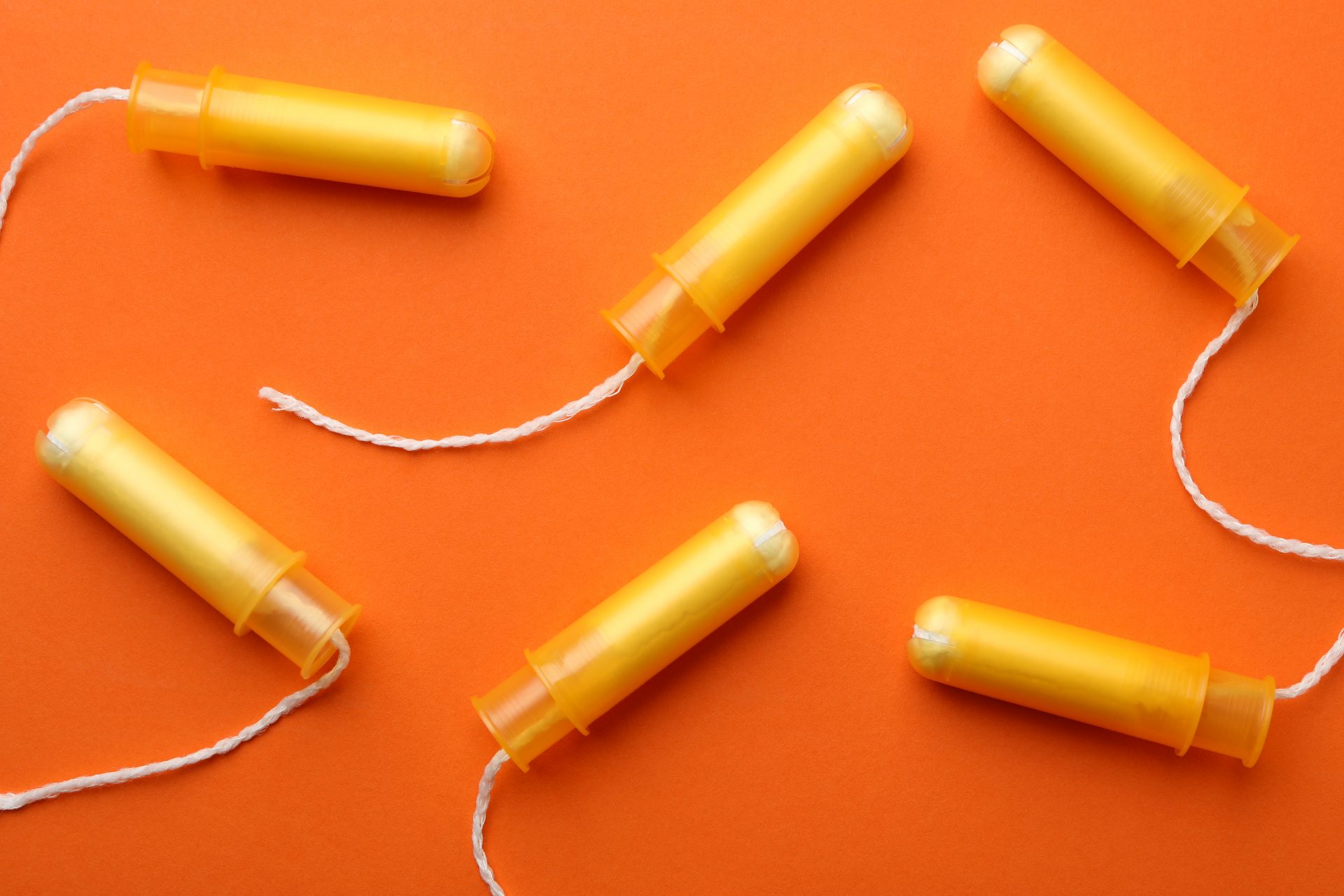 Could CBD tampons be the solution to period pain?

Nearly half of the global population are affected by periods, and a good chunk of us endure debilitating cramps throughout. Research suggests that period pains are as bad as a heart attack, so why aren’t they taken seriously by medical professionals?

Sexist stereotypes continue to uphold the idea that women in pain are dramatic. Despite the horrendous PMS symptoms and menstrual cramps that so many of us experience, it often feels easier to suffer in silence than to ask for relief.

Anyone who has ever gone to a doctor for problematic periods knows that the most likely outcome is being put on the pill – either that or facing lengthy waiting times for further investigation. Instead, most people resort to a cocktail of paracetamol, ibuprofen, and heat pads to get them through, but CBD tampons hold the potential to revolutionise how women manage their period pains.

The ECS and menstruation

The scientific complexities of women’s health are hugely under-researched. Until recently, scientists were unaware of the intricate crosstalk between the female reproductive system and our crucial cell-signalling network, the endocannabinoid system (ECS).

The ECS acts as our universal regulator. It coordinates a myriad of biological functions with the aim of keeping our bodily systems in balance. The signalling of natural cannabinoids (endocannabinoids) within the ECS helps to regulate our mood, immune activity, sleep, pain, appetite, and much more.

Recently, researchers have noted an important role of the ECS in reproductive health. The ECS has been shown to regulate several developmental processes in the female reproductive system, as well as the production of ovarian hormones. Beyond this, cannabinoid receptors are densely expressed across the vaginal canal.

Due to this established connection between the ECS and the female reproductive system, there is reason to believe that cannabinoids could modulate some of the processes involved in menstruation – and this is where CBD comes in.

What are CBD tampons?

They’re pretty much your average tampon, with a twist. They are coated in cannabidiol, or CBD, which is one of the many naturally occurring cannabinoids in the Cannabis sativa plant. Unlike tetrahydrocannabinol (THC), the mind-altering molecule in cannabis, CBD won’t get you high, but it can provide some powerful therapeutic relief.

CBD interacts with our ECS by modulating the activity of cannabinoid receptors, CB1 and CB2, including those present in the female reproductive system. CBD could, in theory, affect our inflammatory response and pain perception during menstruation, which is exactly what some brands have endeavoured to explore.

Currently, the only UK based company to venture into the world of cannabinoids and tampons is Daye, an organic tampon brand. Their products are coated with 30% whole-plant hemp extract, which gives the user a 100mg dose of CBD per tampon. According to Daye, “CBD and the female body are a match made in heaven”. This is because CBD can offer natural but powerful pain relief and, in turn, help to soothe period cramps.

Another brand specialising in female-founded cycle care and education is FEWE. They aim to equip their audience with the tools to help them understand their cycle and create products formulated to provide month-long support, including a CBD-based oral spray to help relieve menstrual cramps.

And finally, Ohne – another UK based brand that utilises the power of cannabinoids to support people with periods. They have created the UK’s first pro-period CBD oil and have even developed a vegan CBD chocolate bar to give a little self-care boost to that time of the month.

Period pain affects 80% of people who menstruate. According to a study published in 2019, 40% of women under 25 report that their period pain severely impacts their ability to concentrate, with 25% claiming to have missed school or work due to cramps.

CBD is becoming an increasingly popular alternative pain relief for countless conditions, including arthritis, chronic fibromyalgia pain, and even endometriosis. CBD-infused tampons have therefore been formulated specifically to provide local relief for period cramps, directly at the source of the pain.

Survey data from 60,000 Daye users suggests that CBD tampons are effective at relieving period cramps for over 80% of people. Although CBD tampons are yet to be researched by outside labs, Daye has published their independent research into the effectiveness of their product.

User reviews for CBD tampons are in abundance, so the anecdotal evidence in favour of their effectiveness is far more advanced. One Daye CBD tampon user told Healthline, “I assumed it would be a ‘placebo effect,’ however, around an hour in, I realized that I hadn’t taken [aspirin] as I normally would. My cramps had reduced significantly.”

How do they work?

CBD tampons provide local pain relief by allowing the cannabinoid to be absorbed through the vaginal mucosa. This method of administration bypasses the digestive system, so the effects can be felt much quicker than with a painkiller pill.

But how does CBD relieve pain? The mechanisms underlying CBD’s therapeutic action aren’t exactly straightforward and researchers are not entirely sure how CBD works in the body, but what they do know is CBD has potent anti-inflammatory properties.

Inflammation is the culprit behind the dull ache that characterises period cramps. Since CBD has been shown to modulate the activity of immune cells and subsequently reduce the production of pro-inflammatory molecules, it is likely that this local anti-inflammatory action is behind the pain relief seen with CBD tampons.

Cannabinoids have also been shown to modulate various other pain pathways in the body. By enhancing the signalling of our endocannabinoid, anandamide, CBD may be able to alter our pain threshold through the activation of CB1 receptors. Some experimental studies have also shown that CBD can desensitise TRPV1 receptors, which are highly involved in pain perception.

Far more research is needed to fully understand how CBD relieves pain, particularly when absorbed through the vaginal canal. Anecdotally, however, the initial findings are hugely promising. CBD holds the potential to revolutionise the tampon industry and, in turn, ease the debilitating pain felt by so many of us during that time of the month.

Are they legal in the UK?

In the UK, CBD is legal but products containing THC can only be obtained legally on prescription. Derived from the hemp plant, Daye CBD tampons contain zero THC and are therefore completely legal to buy and use. Daye claims that “it is completely safe to carry your CBD tampons around and to travel with them.”

What’s more, CBD is not on the World Anti-Doping Agency (WADA) prohibited list and won’t show up on any drug tests. Pretty much anyone can relish the pain-relieving properties of CBD, including professional athletes.

Extensive research into CBD has shown that it is a safe and well-tolerated substance, even at high doses. Using multiple CBD tampons a day is fairly risk-free in that sense, unlike over-the-counter pain medications that require careful dosing.

Although CBD can have some side effects – nausea, appetite changes, and fatigue – these are typically remedied with the correct dosage and are far milder than other medications used to lessen period symptoms, such as ibuprofen and hormonal contraceptives.

However, due to a lack of research into the effects of CBD on newborns, the Food and Drug Administration (FDA) strongly advises against the use of CBD while breastfeeding. Whilst there is currently no robust evidence to say that CBD is unsafe, it’s best to err on the side of caution and avoid CBD tampons if you’re still breastfeeding.

As with any tampon, CBD tampons also pose the risk of irritation, infection, or toxic shock syndrome (TSS). Although Daye claim that their products do not increase the risk of TSS, disrupt the vaginal microbiome and pH levels, or cause vaginal irritation, no tampon use is risk-free, and users should keep this in mind if giving these products a go. If you experience flu-like symptoms after using tampons, seek medical assistance right away.

Whilst we must await hard data on the effectiveness of CBD tampons, the testimonials don’t lie. It appears as though cannabinoids can be hugely beneficial for relieving cramps, and the development of CBD tampons is a huge step towards an effective solution for period pain. 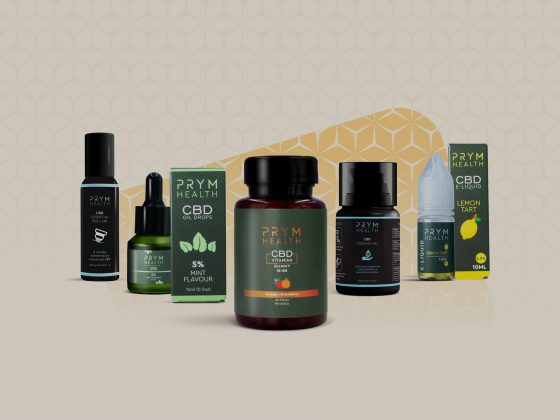 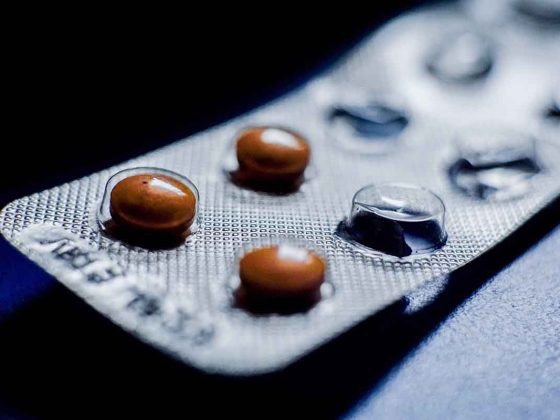