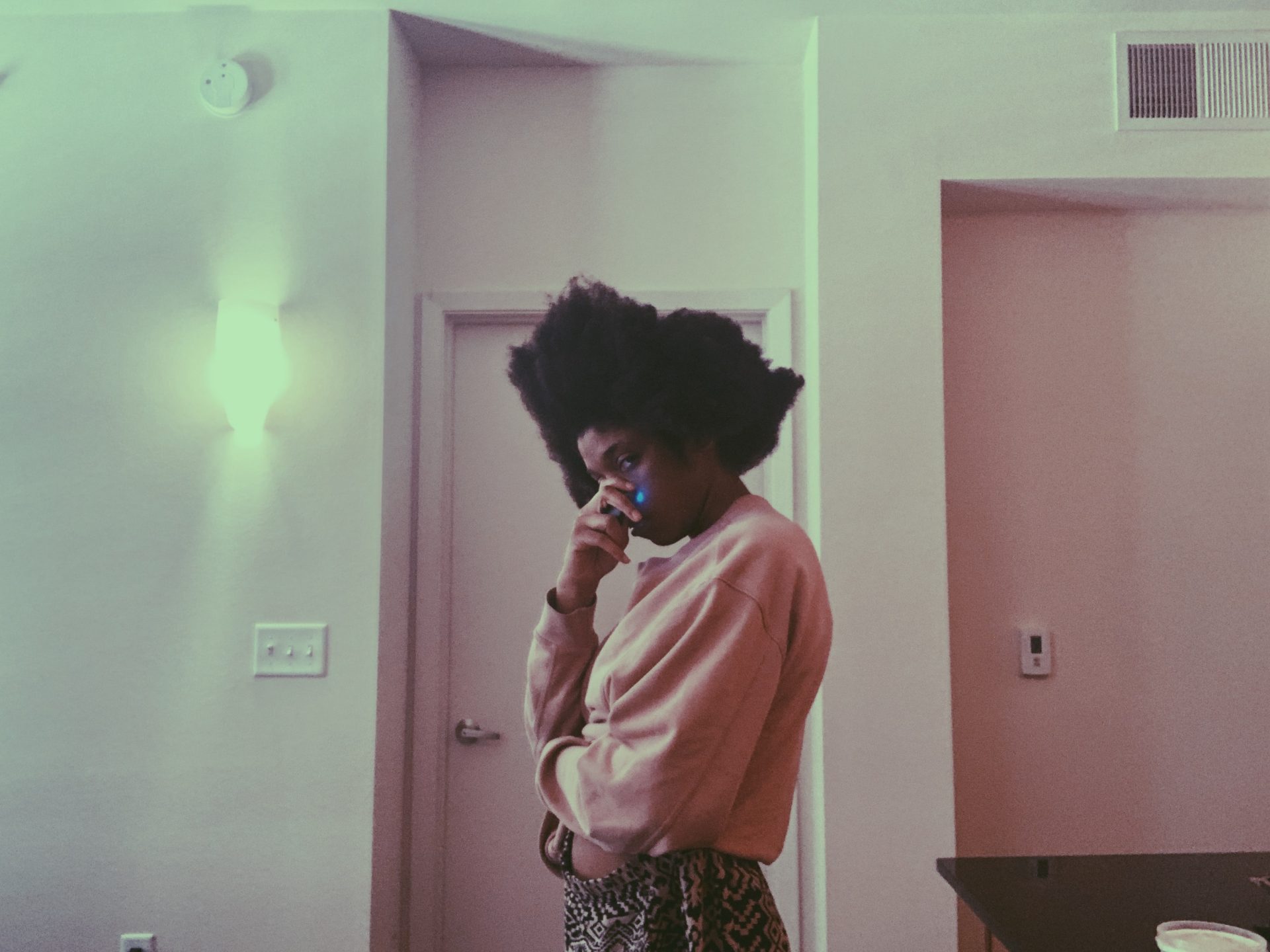 Calm, relaxed, and euphoric. The cannabis buzz is often hailed as a godsend for combatting everyday stress. But, for some, too much THC can cause a pretty unpleasant experience filled with anxiety, panic, and paranoia.

Though it may seem counterintuitive to fight cannabinoids with more cannabinoids, there is evidence to suggest that CBD can be used to undo the anxiety-inducing effects of THC.

Delta-9-tetrahydrocannabinol, or THC, is the primary active ingredient in the Cannabis sativa plant. Its potent psychoactive properties mean that THC is responsible for how a person’s feelings, actions, and behaviours change after consuming or smoking marijuana.

The mind-altering effects of cannabis have long been studied and can be attributed to THC’s interactions with the endocannabinoid system (ECS). By coordinating signals between the brain and body, the ECS maintains our biological balance; it keeps bodily functions running smoothly and plays a crucial role in regulating our sleep, mood, memory, pain perception, appetite, and much more.

When THC enters the body, it binds to cannabinoid receptors— CB1 and CB2— across the ECS. Dense regions of CB1 receptors can be found across countless brain regions; when these are directly activated by THC, this causes pronounced changes to our perception and behaviour— a ‘high’.

The power of cannabinoids

Not all cannabis is created equal. There are numerous chemical varieties— often termed ‘chemovars’ or ‘strains’— of cannabis, each with varying amounts of its main active compounds, THC and cannabidiol (CBD). The ratio of THC:CBD in cannabis makes a huge difference to how it makes us feel. This is because there is one fundamental difference between these two cannabinoids; THC is psychoactive and CBD is not.

THC binds to cannabinoid receptors like a lock to a key, but CBD has more indirect action on the brain and body. Not only can it boost endocannabinoid levels, but CBD can alter the signalling of our different chemical messengers, even outside of the ECS. And since CBD and THC have such different actions throughout the body, it is hard to predict exactly how a person will react to cannabis.

Many claim cannabis to be a saviour when it comes to stress-busting. It is commonly used as a tool to feel calm or relaxed but, for some, cannabis will do nothing of the sort; the most common side effects of cannabis use are transient feelings of anxiety, paranoid thoughts, and panic attacks.

THC can have polar effects on the body. This is because THC is biphasic, meaning that— above the optimal dosage— its effectiveness begins to reverse. So, rather conflictingly, cannabis can both induce and relieve feelings of anxiety. This will vary from person to person and also depends on a myriad of other factors, including:

Anxiety is our body’s stress response. With an array of both psychological and physical symptoms, anxiety is most often characterised by chronic feelings of fear or worry and a racing heartbeat.

Despite its uncomfortable physical symptoms, anxiety is rooted in the mind. Our hard-wired response to fear is regulated by a small, almond-shaped brain region called the amygdala. Once alerted by potential danger, the amygdala triggers a cascade of hormonal, physiological, and behavioural changes— the ‘fight or flight’ response.

But when a high dose of THC floods the brain, it often finds its way to the CB1 receptors in our amygdala which— you guessed it— can send our stress response into overdrive.

With therapeutic success in the treatment of chronic pain, chemotherapy-induced nausea, and multiple sclerosis, medical cannabis holds the potential to transform the lives of people all over the world. But its unpredictability in how we will react to cannabis is often enough to put people off altogether— and this is where CBD comes in.

The hemp variety of the cannabis plant contains high levels of CBD and very low levels of THC. CBD can therefore be isolated from the plant and used to create CBD-based products. In the UK, CBD is legal to buy and sell in the form of oils, vapes, capsules, gummies, and more.

It’s proving to be hugely popular. More and more people are turning to CBD to experience some of the therapeutic benefits of cannabis, without the characteristic high. As scientific interest in cannabinoids grows, there is an increasing body of evidence to suggest CBD can help to relieve the symptoms of numerous mental and physical health conditions.

CBD has been shown to be particularly effective at reducing anxiety. It is thought to do so by activating serotonin receptors, subsequently increasing levels of serotonin (our ‘happy hormone’) in the brain, which can improve our mood and help us to overcome anxiety.

A high number of people who choose to take CBD report doing so to relieve symptoms of everyday anxiety. So, does this mean that CBD could help to combat the anxiety often caused by taking THC?

“Cannabidiol balances out the buzz and softens the euphoria— or, in some cases, the dysphoria— induced by THC. CBD is the yin to THC’s yang.” -Martin A. Lee, Smoke Signals.

In a review published in Frontiers in Psychiatry in 2013, CBD was said to be effective at counteracting the negative psychological effects of THC— including anxiety. These findings were, however, based on experimental evidence, so researchers said that it is not clear how this would translate to recreational cannabis users.

One thing that is clear is that the ratio of THC:CBD in cannabis plays a crucial role in perceived anxiety. High-THC/low-CBD varieties of cannabis increase the risk of anxious reactions. In contrast, high-CBD cannabis has been shown to be most effective at reducing stress and anxiety. So, cannabis with a 1:1 ratio of THC and CBD is said to be the perfect balance for those seeking the cannabis buzz without adverse reactions.

There is also evidence to suggest that a dose of CBD can offset THC-induced anxiety. In two early studies, published in 1974 and 1982, co-administration of CBD and THC significantly reduced the anxious side effects that were seen with THC alone.

More recent evidence of this has been seen in animal model studies. In research published in the Journal of Neuroscience, animals given CBD and THC together displayed fewer anxiety behaviours than those just given THC. These anxiety-like behaviours were also correlated with levels of ERK, a molecule known to trigger the psychiatric effects of THC.

Although paranoia and anxiety are two separate conditions, they are closely linked and are both common adverse reactions to cannabis use. In a study investigating the effect of CBD and THC on paranoia, those who received a pre-treatment with 600 mg of CBD showed significantly less THC-induced paranoia than those who didn’t.

How does this work?

CBD is what is known as a negative allosteric modulator, which is just a fancy way of saying that it can reduce THC’s ability to bind to CB1 receptors. This doesn’t stop THC from inducing its characteristic effects, but it can certainly lessen some of the adverse psychological responses to high THC doses.

It has also been proposed that CBD’s ability to increase serotonin signalling negates the anxiety-inducing effects of THC. Similarly, CBD has been shown to reduce brain activity in the amygdala which suggests that it helps to counteract the THC-induced stress response.

It is not uncommon for cannabis users to take CBD before, with, or after a high-THC dose to buffer against the anxious effects of this mind-altering molecule. But aside from these anecdotal reports, there isn’t yet enough scientific evidence to confirm or deny how effective CBD is at undoing the anxious effects of THC.

So, although it is highly likely that both high-CBD cannabis and CBD-based products will counteract THC-induced anxiety, this isn’t a given; no substance is without its risk, and anyone who uses cannabis should know that no amount of CBD will definitively prevent you from experiencing unpleasant side effects.

That being said, these findings are certainly promising for the future of medical cannabis. Many cannabis-based treatments are currently limited by negative side effects but CBD may provide a solution; patients could reap the therapeutic benefits of cannabis, without the accompanying anxiety. 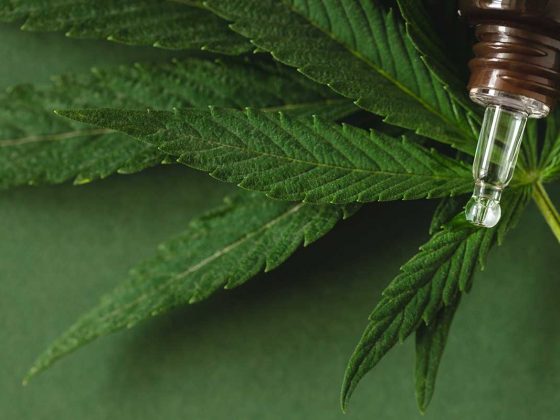 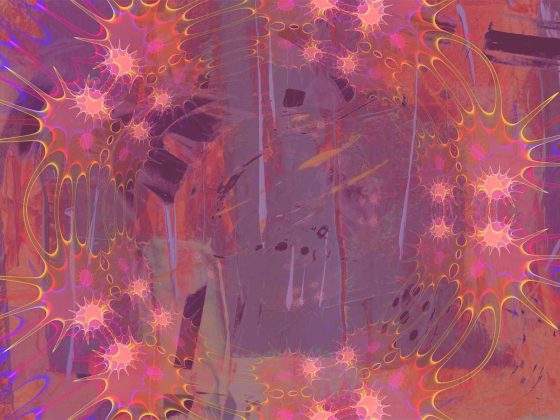