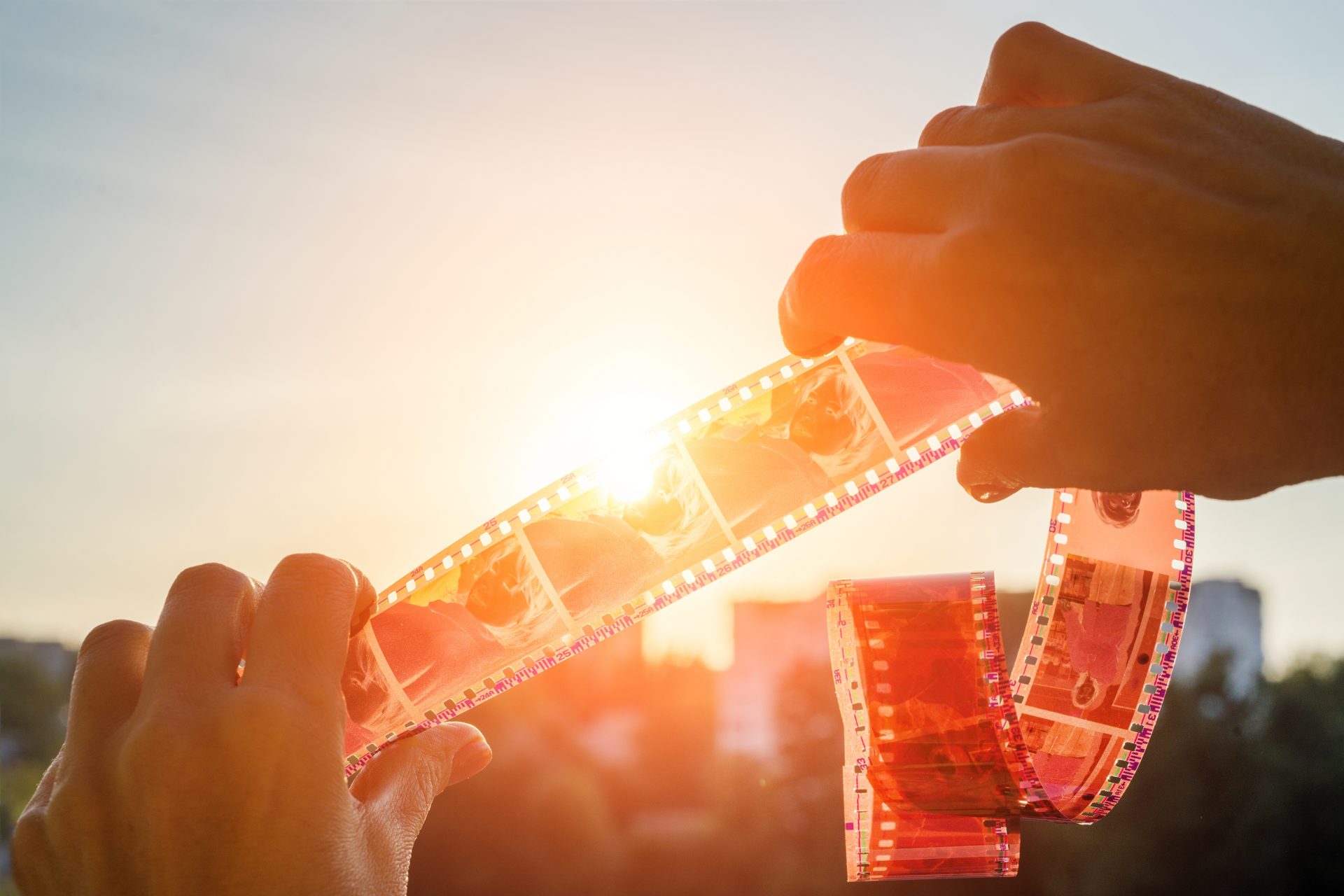 In the last few years, CBD has taken the health and wellness world by storm. It’s a must-have supplement in your daily routine, offering therapeutic relief from countless ailments and support for our mental wellbeing.

Recent evidence even suggests a role for CBD in managing the symptoms of several conditions that impact our memory – dementia, anxiety, and ADHD, among others. Could CBD really improve our memory?

Pop culture’s love of the “forgetful stoner” has not gone unnoticed. The mellow, absent-minded, and fuzzy-thinking character certainly adds comedic value to some of our favourite shows, but recent evidence suggests that this outdated stereotype is about to take a big hit.

There’s no smoke without fire. Early studies have revealed that cannabis can negatively impact our short-term memory by impairing memory consolidation and retrieval. However, these effects have been shown to dissipate within 24 hours of intoxication.

More recently, scientists have clarified that the plant’s psychoactive molecule, tetrahydrocannabinol (THC), is responsible for this perceived memory loss. Its effects are largely dependent on the dose and frequency of use.

The effects of whole-plant cannabis on memory are still heavily debated. Several studies have found that light cannabis use has no long-term impact on cognition. Beyond this, recent evidence even suggests that one crucial cannabinoid, CBD, is able to rescue the memory deficits that THC intoxication can cause.

Cannabidiol (CBD) is one of over 100 cannabinoids found in the Cannabis sativa plant. Of the plant’s two major cannabinoids, CBD and THC, both have been shown to possess powerful therapeutic properties. The main difference between them, however, is that THC can get you high and CBD cannot.

CBD interacts with our endocannabinoid system (ECS), a cell-signalling network that is responsible for overseeing countless biological functions and keeping everything in balance. Unlike THC, which directly activates cannabinoid receptors – CB1 and CB2 – in the ECS, CBD has a more indirect mechanism of action.

Through its ability to indirectly modulate the signalling of endocannabinoids, CBD can influence our mood, sleep, appetite, immune system, pain perception, and even our memory.

The ECS and memory

CB1 receptors, which are primarily located in the central nervous system (CNS), are densely expressed in the brain regions involved in memory. These include the hippocampus (involved in memory consolidation), amygdala (emotional memory), and cortex (memory recall).

The ECS is often termed our ‘universal regulator’ for its ability to balance our biological systems. It is therefore thought that the ECS helps to solidify learning and memory through “fine-tuned regulation of neural transmission”, according to researchers.

In recent years, many people have turned to CBD as a means to improve focus, memory, and task performance, but does it work? So far, there has been very little research into the effect of CBD on the memory of healthy individuals. Much of the evidence addresses whether it can improve cognition in various clinical conditions and diseases, which we’ll get to later.

Though, there is some evidence to suggest that CBD could support memory processes in the brain. In particular, CBD has been shown to be neuroprotective in various experimental studies. It has been theorised that CBD could help to protect brain cells and, in turn, help to sustain our memory with age.

In a recent review, researchers found that CBD, when given to healthy volunteers, enhances the connectivity in the frontostriatal region of the brain, which is highly involved in cognitive processes, including memory.

Another study found that a 600mg dose of CBD significantly increased blood flow to the hippocampus, a region that is highly involved in the processing of both short- and long-term memory.

Despite these intriguing neuroimaging findings, no improvement has been seen after CBD use in the memory task performance of healthy participants, so this is a crucial area of future study. Scientists have, however, noted that CBD can improve cognition in various pathological conditions, suggesting that it could be a valuable treatment for diseases and disorders that impact memory processing.

Dementia, the progressive loss of cognitive functions, is often characterised by a decline in both short- and long-term memory. Alzheimer’s disease is the most common form of dementia, with the ageing population at the highest risk of developing the disease.

In recent years, researchers have developed robust evidence for CBD’s ability to reduce inflammation and oxidative stress. It is therefore thought that CBD could hijack some of the pathological processes involved in cognitive decline and help to protect the ageing brain.

Much more research is needed, but animal models have already shown that CBD could protect the memory of those with Alzheimer’s disease. One study demonstrated that 8-months of daily CBD administration (20 mg/kg) prevented a decline in memory task performance, which did occur in the control group.

Another study found that CBD can promote hippocampal neurogenesis – the growth of new brain cells – and could subsequently protect against neuronal loss and cognitive decline. As it stands, CBD is not an accepted treatment for dementia, but one ongoing clinical trial could change this. The trial will investigate the effect of CBD on various symptoms of Alzheimer’s disease, including memory, and is due for completion in June 2022.

A traumatic brain injury (TBI), caused by a sudden blow or jolt to the head, can cause temporary – or, in rare cases, permanent – memory loss, as a result of severe neuronal damage.

Neuroinflammation is a major driver of brain damage following injury. Since CBD is a potent anti-inflammatory agent and has been shown to reduce neuroinflammation in a mouse model of stroke, it is thought that CBD could also help to protect the brain (and memory) after TBI.

CBD could also help to rescue the injured brain by enhancing the signalling of anandamide, a key endocannabinoid. Since the ECS is highly involved in the defensive response to brain injury, and low levels of endocannabinoids are thought to worsen the neurological outcome, CBD could, in theory, prevent cognitive dysfunction after injury.

Our mental well-being can also have a significant and lasting impact on our memory. Anxiety can cloud our thoughts and make us unable to focus. With chronically elevated levels of the stress hormone cortisol and poor sleeping patterns, people with anxiety can often struggle with their short-term memory.

CBD can improve sleep and enhance serotonin signalling. It, therefore, shows huge promise in the treatment of anxiety disorders. By quelling feelings of anxiety, CBD could help to reverse some of the short-term memory deficits that occur when our stress levels are heightened.

There is also a prominent link between psychological trauma and memory loss, either as a subconscious coping mechanism or a direct consequence of the traumatic event itself. It is not uncommon for people with post-traumatic stress disorder (PTSD) to suffer from memory problems.

Another area of CBD’s clinical potential is in the treatment of PTSD. Several studies have noted that CBD can alter our fear processing and subsequently reduce the body’s response to traumatic memories. The mechanisms remain unclear, but these findings certainly highlight a noteworthy link between the ECS and memory processing.

Attention deficit hyperactivity disorder (ADHD) is a neurological condition that impacts numerous cognitive functions, including memory. People with ADHD often have difficulty focussing on tasks, which is a practice that heavily relies on our short-term memory.

It has therefore been suggested that CBD could reverse some of the memory problems seen with ADHD. The research is in its early stages, but there is evidence to show that cannabis can reduce ADHD symptoms in adults. These findings suggest that CBD alone could induce similar improvements; the anecdotal evidence appears to support this idea, but this has yet to be investigated clinically.

Although some people swear by CBD as a means to improve their focus, attention, and memory, there is currently limited evidence to suggest that this is true in healthy individuals. That’s not to say it can’t improve our memory, but much more research is needed.

Numerous studies have shown that CBD is a safe and well-tolerated substance, even at high doses. Side effects of CBD use are mild and could include nausea, appetite changes, and fatigue, but are typically remedied with the correct dosage. Common guidance is to start with a low dose and slowly work your way up.

There are, however, several medications that CBD has been shown to interact with. It is important to check with your doctor before adding CBD to your routine or making any changes to your treatment plan.

It’s also important to consider that the research into CBD and memory is still in its infancy. Studies are far too limited to know exactly how effective CBD is at improving our memory, so always seek out professional assistance if you notice a change in your cognitive ability.

But whilst the data trickles in, CBD can certainly be a welcome addition to your daily routine. If you’re struggling with clouded thoughts and foggy memory, it may just help to sharpen your mind.

How to take CBD

If your goal is to use CBD to improve brain function, your best bet is to take a consistent dose over a long period of time. CBD can be taken at any time of day; morning, noon, or night – the choice is yours. Here, are just a few of the most popular ways to take CBD.

With CBD oil, a few drops are placed under the tongue so that the CBD can quickly enter the bloodstream. The benefits can be felt almost immediately, so it’s an efficient way to get your daily dose. The beauty of the dropper is that you have control over how much CBD you take, and how often you take it.

If the taste of CBD oil isn’t for you, CBD-infused gummies are a great way to get your dose in. Gummies give you a consistent (and delicious!) daily dose of CBD that builds up in your system over time. They tend not to be as potent as oils, so you may need to double-dose, if necessary.

Capsules containing CBD oil are another way to experience the benefits of CBD oil without the taste. Since they need to go through the digestive system, the effects take slightly longer to kick in (between 30 minutes and 2 hours). They also need to be taken with food so that the CBD can be absorbed properly in the stomach.

There are a huge variety of CBD products available. If you’re overwhelmed with choice, be sure to check out our beginner’s guide to CBD to find the best product for you.

In the context of memory improvements, it appears as though CBD’s popularity has advanced quicker than the research. Despite an abundance of annecdotal reports that CBD can improve our memory, focus, and mental clarity, we shall simply have to wait and see what the scientists say.