One of the most exciting things about CBD is the range of health issues that it has the potential to be able to help. Although we are still seeing more research needed, we are certainly seeing with more and more clarity that CBD can not only be beneficial to our general health and well-being but also to a number of other, more specific health problems.

And as the research comes through, technology develops and the medical world changes, the potential for CBD and other cannabis-derived products seems to be increasing.

There are a number of health issues which affect women especially, or perhaps, disproportionally, which, although not always uniquely a ‘woman’s problem’ appear to be more common in women than in men. Many of these issues are still not well understood, and therefore treatment is sketchy at best. So, with this in mind, the potential health benefits of CBD and other cannabis-derived products ard offering a glimmer of hope.

Within the human body, we all have an endocannabinoid system. This is the system which is responsible for keeping the body regulated and properly balanced. It can affect a whole host of functions including regulating body temperature, mood and pain perception and has only recently been discovered recently by scientists.

CBD is a cannabinoid which is found naturally in the cannabis plant, and that, although it can certainly have an impact on the brain, won’t make you high. When you take CBD, it can affect the endocannabinoid system and this can result in the system working better, enhancing your general health and also the possibility of improving other health issues.

There are many health reasons why CBD can help everybody, but there are even more that show that CBD can be especially useful for women.

Although Fibromyalgia is not specific to women, it is certainly more common in women. According to the NHS, Fibromyalgia affects 7 times more women than men, and although they still don’t know the exact cause of it, scientists believe that it can arise as a result of chemical imbalances in the body – those which are regulated by the endocannabinoid system.

Fibromyalgia is a painful condition which results in pain all over the body, extreme fatigue and trouble sleeping, and as of yet, there is no cure for it.

Of course, the prospect of enhancing the endocannabinoid system can be useful for people who suffer from Fibromyalgia, but also the pain relieving qualities that research shows that CBD has can also be helpful. There is also research to show that CBD can be helpful in helping people to sleep, as well as dealing with low mood and anxiety – which often come along with having a condition that is difficult to deal with.

Although there are issues in the reporting of mental illness in men, studies suggest that anxiety and depression are much more common in women. According to No Panic, twice as many women are getting diagnosed with anxiety than men.

Anxiety and low mood can significantly affect our lives, in extreme circumstances making people e unable to work, unable to function as part of ‘normal society’, eat, or live a fulfilling life.

CBD has proven anxiolytic effects – meaning that it can help to reduce anxiety and low mood by changing the balance of chemicals such as serotonin and dopamine in the brain – two chemicals which make us feel ‘happy’.

Read more CBD For Anxiety – Can It Help?

The effects of menstruation can be severe for some women. Whether it is changes in mood or menstrual cramps, the ‘time of the month’ can be a time that some women absolutely dread.

There is still very little known about the menopause – other than the fact that all women go through it! It can be life affecting for some women as they go through ‘the change’, with many of them suffering from depression, painful joints, problems sleeping and loss of memory amongst other things.

In fact, there are many ‘symptoms’ of the menopause which might be able to be helped by CBD. All of the above, actually. Although we don’t know enough to properly understand why the menopause affects us as it does, many women find that CBD and other cannabis-derived products can help them.

It seems like almost every day we are seeing research suggesting yet another health problem which could arise as a result of the body’s immune system turning in on itself. Type 1 diabetes, rheumatoid arthritis, multiple sclerosis, celiac disease and many others are now being cited as auto-immune diseases, and interestingly, according to the American Autoimmune Related Diseases Association, 75% of people with auto-immune diseases are women.

CBD can help to regulate both the immune system as well as inflammation, meaning that it potentially could be very useful to women.

There is significant evidence to suggest that cannabis and its compounds can play an important role in the treatment of cancers such as breast cancer. It is, of course, too early to make medicinal claims about CBD and other compounds, but we can be sure at the moment that many people find CBD useful in helping them with the effects of harsh cancer treatments such a chemotherapy – for example with nausea, pain and loss of appetite – as well as the psychological effects like low mood and anxiety.

If you are thinking of trying CBD, it is essential that you first talk it through with your doctor, especially if you are on medication. CBD can affect how the body processes some medications, altering the balances in the bloodstream making medications more, or less effective.

Otherwise, CBD is safe to use, non-addictive and won’t make you high if you take it. There are a number of health benefits to CBD and other cannabis-derived products which can be useful to everyone, but especially women. With the lack of understanding around many health issues – especially those suffered commonly by women, CBD seems to be offering a spark of hope for the future. 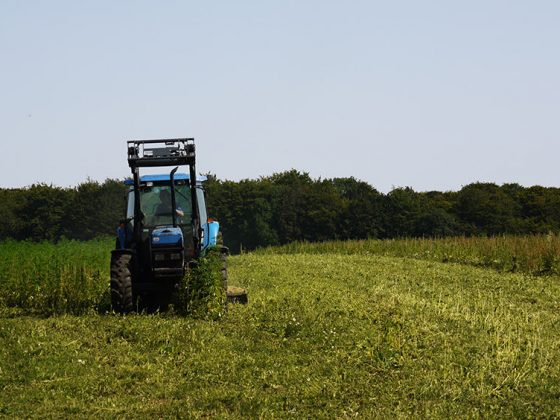