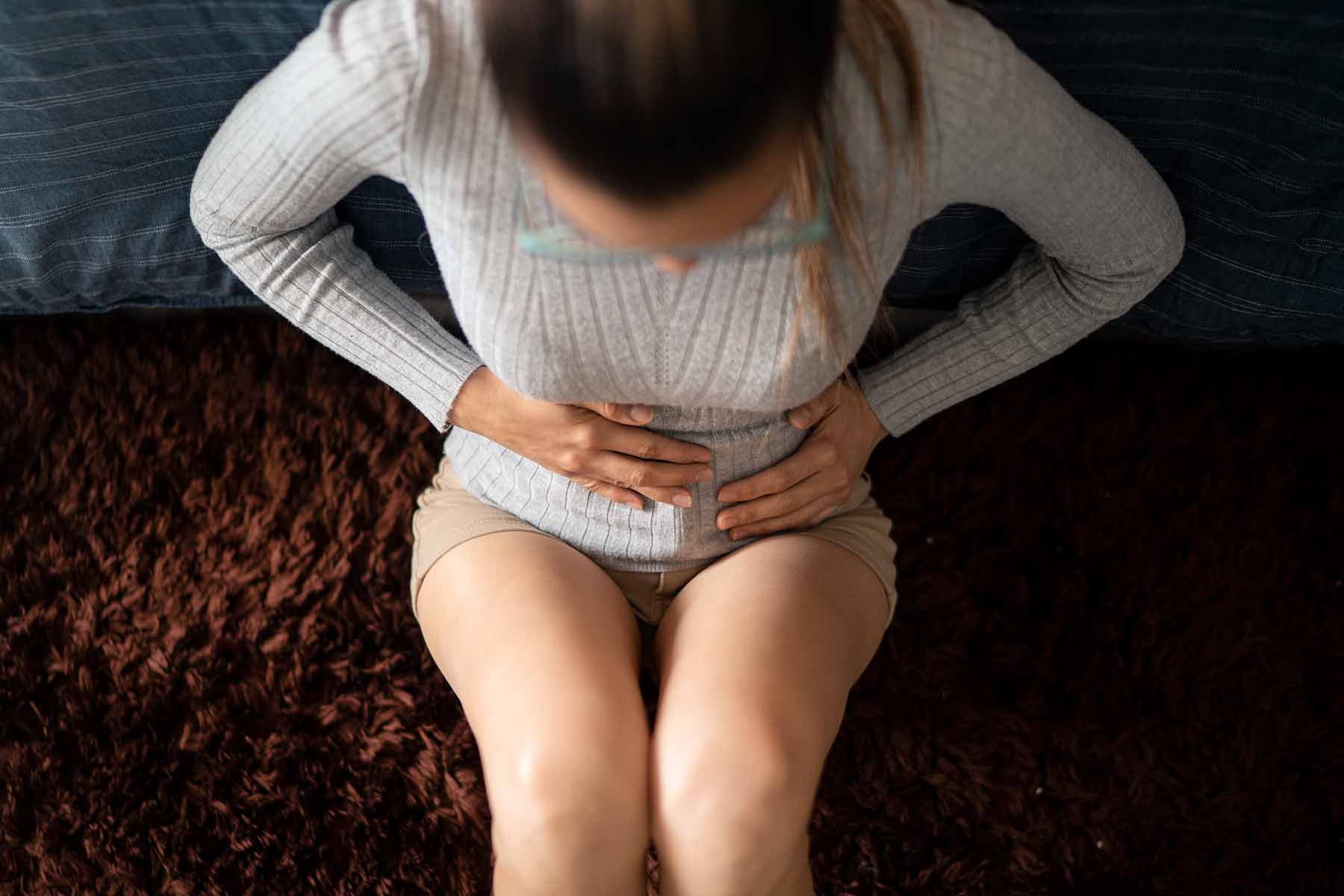 Periods are painful – there’s no disputing that. But for the 176 million women across the globe living with endometriosis, “that time of the month” is even more gruelling.

The fight for an endometriosis diagnosis and adequate treatment is a lengthy, often distressing, experience. Instead, many women are now turning to cannabinoids, specifically CBD, to manage their uncomfortable symptoms.

Endometriosis is a chronic condition of the female reproductive system that affects 1 in 10 people in the UK. It is characterised by abnormal tissue growth outside of the uterus, in the ovaries, fallopian tubes and, in severe cases, within the abdomen.

When the uterine lining sheds during menstruation, as does this endometrial tissue – but there is nowhere for the blood to escape. This triggers chronic inflammation, severe pain, and even the formation of scar tissue in the pelvic region. Endometriosis is a hugely debilitating condition, with symptoms including:

Frustratingly, women’s reproductive health constitutes only 2.1% of publicly-funded research so, as it stands, there is no known cause or cure of endometriosis. Current therapies for symptom management are limited. They typically include hormonal birth control, over-the-counter or prescription painkillers, or surgery to remove the endometriotic tissue.

On average, it takes 8 years to receive a diagnosis of endometriosis. This leaves many people desperate for an effective, alternative method to manage their symptoms. In the wait for a diagnosis, or to evade the side effects of strong pain medications, more women are turning to natural pain relief methods, such as cannabis and CBD.

CBD and the ECS

CBD, short for cannabidiol, is one of over 100 natural cannabinoids found in the Cannabis sativa plant. Unlike tetrahydrocannabinol (THC), the psychoactive component of cannabis, CBD cannot get you high.

CBD holds promise in the treatment of numerous medical conditions, including epilepsy, anxiety, and multiple sclerosis. Outside of the clinic, CBD has become a popular supplement in the health and wellness industry. It can benefit women’s health in countless ways, including those living with endometriosis.

CBD interacts with our endocannabinoid system (ECS), a complex signalling network in our body that oversees a myriad of biological functions to maintain a homeostatic balance. These functions include our mood, appetite, sleep, pain, memory, and even fertility.

Cannabinoid receptors, CB1 and CB2, can be found all over the brain and body, including the female reproductive system. Preliminary evidence suggests that the dysfunction of the ECS may be involved in the progression of endometriosis. In theory, drugs that target cannabinoid receptors could therefore relieve endometriosis symptoms.

There is currently no cure for endometriosis. Research into CBD won’t change that, but there is mounting evidence to suggest that it can help to relieve the symptoms of endometriosis – and here is how:

Inflammation plays a crucial role in the progression and severity of endometriosis, and may even exacerbate fertility issues. Known drivers of the inflammatory response are cytokines and matrix metalloproteinases (MMPs), which CBD may intercept.

Scientists have established that CBD has potent anti-inflammatory properties, particularly through the prevention of MMP production. Researchers have argued that this mechanism could reduce endometriosis symptoms, offering CBD as an alternative approach to treating the condition.

Severe, chronic pain is perhaps the debilitating aspect of living with endometriosis. In the US, 40% of women with endometriosis have received an opioid prescription to manage pain, according to research published in the Journal of Comparative Effectiveness Research. Opioids have a notoriously poor safety profile and a high potential for abuse, making their future use in pain management an area of concern.

CBD could be a natural alternative to pain relief with opioids. In a survey of 484 Australian women with endometriosis, CBD was rated one of the most effective pain relief methods, after cannabis and heat. There were no reported side effects of CBD use, and 1 in 3 CBD users even reported being able to reduce alternative pain medication by over 50%.

In a larger survey of 2409 CBD users, pain relief was the most commonly reported reason for using CBD. Although the findings are not endometriosis-specific, they suggest that CBD can positively impact pain management.

However, a recent study found that the pain outcomes of CBD can be influenced by the expectation of receiving CBD, suggesting that the placebo effect could have a part to play. Whilst the anecdotal evidence is there, we must await results from an ongoing clinical trial assessing the effectiveness of CBD for managing endometriosis pain, due for completion in June 2023.

From chronic pain to concerns over fertility, endometriosis symptoms infringe on every aspect of life. This can be detrimental to an individual’s mental health. In a small survey of women with endometriosis, 87% showed depressive symptoms and 88% experienced anxiety.

Hormonal imbalances are a significant driver of endometriosis, which can have a knock-on effect on our mental wellbeing. This is primarily because oestrogen and progesterone are involved in the signalling of serotonin, our so-called “happiness hormone” that helps to stabilise our mood.

CBD has been shown to interact with serotonin receptors in the brain, which could help to support the signalling of our existing serotonin and subsequently boost our mood. This is thought to be the mechanism by which CBD induces its anti-anxiety effects. CBD may, therefore, help to support the mental and physical well-being of those living with endometriosis, which is arguably more beneficial than current treatments.

The science is lagging in terms of defining CBD’s mechanism of action. It is generally believed that CBD indirectly modulates the activity of cannabinoid receptors by facilitating the signalling of the endocannabinoid, anandamide, which is produced naturally by the body. Unlike CBD, anandamide can directly activate CB1 and CB2 receptors, which are highly involved in pain perception and immune signalling, respectively.

Several experimental studies have shown that the activation of CB2 receptors can suppress the release of inflammatory cytokines, subsequently dampening levels of inflammation.

It is also believed that activation of CB1 receptors in the brain can change our pain threshold, therefore reducing sensitivity to pain. Similarly, some researchers have shown that CBD can desensitise TRPV1 receptors, which are also involved in pain. These mechanisms haven’t explicitly been tested in the context of endometriosis, but this experimental evidence provides some indication that CBD can reduce pain and inflammation.

How to use CBD

Some people prefer to self-medicate with cannabis-based products that contain THC, so to benefit from the entourage effect. But in regions, like the UK, with legal restrictions on THC, CBD products are only legal if they contain less than 0.2% THC. In this instance, it may be beneficial to opt for broad-spectrum products to experience cannabinoid-terpene synergy. Don’t know where to start? Take a look at our beginner’s guide to CBD.

The growing cannabis industry has resulted in the production of countless CBD products, so your options are far from limited. There are even women-led brands now making CBD products specifically tailored to those seeking relief from menstruation symptoms. Here are just a few of the ways to take CBD that could benefit those living with endometriosis.

Oils are typically taken by placing a few drops under the tongue. This allows CBD to quickly enter the bloodstream, so it’s an efficient dosing method. The advantage of CBD oil is that you have control over how much you take and how often, and its rapid onset means that the benefits can be felt almost immediately. The disadvantage, for some, is that CBD oil has quite a strong, earthy taste.

To avoid the taste of CBD oil, some people choose to take CBD-infused gummies or CBD capsules. There’s less flexibility with the dosage, but it’s a consistent and convenient method. Since CBD gummies have to go through the digestive system, they take between 30 minutes and 2 hours to have an effect. It’s also important to take oral CBD products with food so that the CBD can be absorbed properly.

CBD-infused tampons have been formulated specifically for period pain to provide local anti-inflammatory action at the direct source. A popular CBD tampon brand, Daye, has published their independent research into the effectiveness of their product, showing that users experienced a 48% reduction in pain after 2 hours.

CBD-infused topicals are a popular choice for those seeking direct pain relief. When applied to the skin, they provide local anti-inflammatory action that can relieve pain and cramps. They do, however, tend to contain lower levels of CBD, so be sure to look for products with higher potency.

CBD is considered to be safe and well-tolerated, far more so than current endometriosis treatments, such as hormonal birth control and prescription pain killers – both of which have common and uncomfortable side effects. In contrast, CBD’s side effects are rare and mild. These can include fatigue, nausea, and changes to appetite or sleep. Though most side effects are resolved with the correct dosage, there is a small percentage of people for which CBD isn’t suitable.

CBD has been shown to have mild drug interactions. Researchers at Penn State College of Medicine have compiled a list of medications with which CBD and other cannabinoids could have dangerous interactions. Since cannabis research is always progressing, the list is not exhaustive, so be sure to consult a doctor before adding CBD to your routine or making any changes to your prescription medications.

CBD is a hugely popular pain management by so-called “endo warriors”, who often share their experiences of the condition on social media. The anecdotal evidence is in abundance, so it’s certainly worth giving CBD a go to make the periods from hell a little more manageable. 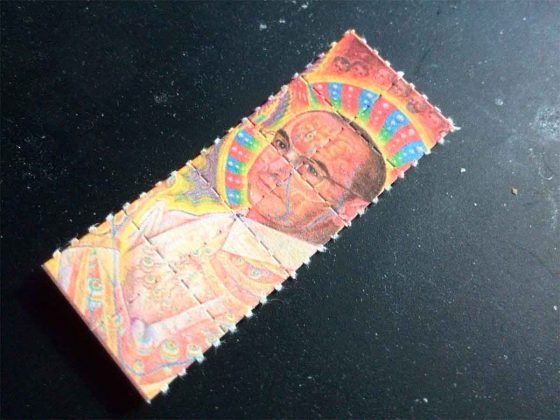 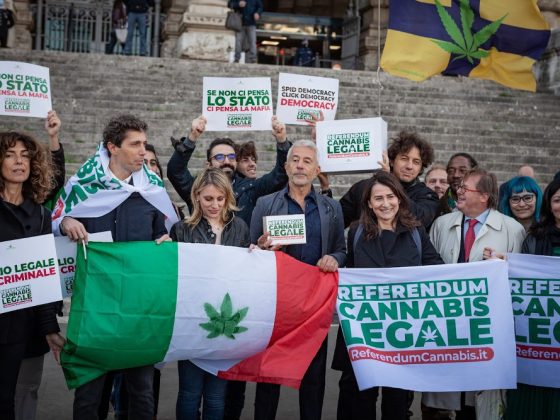