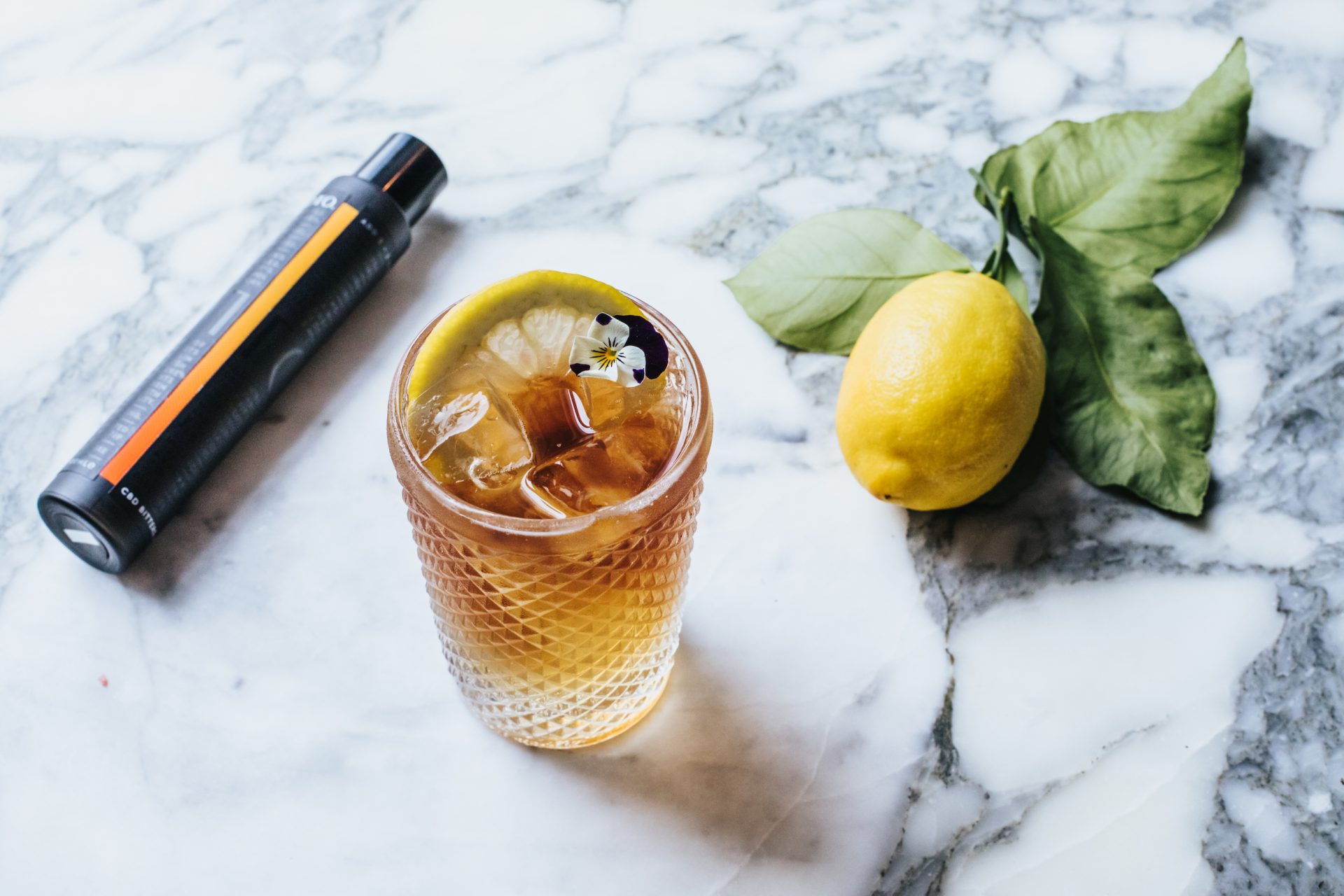 The CBD drinks to raise your spirits in lockdown

According to market analysts Prohibition Partners, CBD and cannabis-infused drinks are among the rare winners in lockdown, benefiting from “the lipstick effect” and the idea that in times of crisis consumers turn to small luxuries to raise their spirits.

The first in a series of in-depth consumer research reports by the leading cannabis market intelligence and strategic consultancy firm also predicted that the global cannabis drinks market will treble in value by 2024.

Stephen Murphy, Prohibition Partners’ Co-founder and Managing Director, said: “We are on the cusp of a drinks revolution, for centuries, legal socialising has either involved alcohol, or sobriety; outside of caffeine and nicotine, ultimately you either consumed alcohol in varying qualities, or you didn’t. Cannabis infusions bring a third choice to leisure consumerism, and consumer research from Prohibition Partners finds that it’s a choice a lot of people plan to make.

“With global consumers now embracing health-focused alternatives, the emerging cannabis drinks market is one of the most exciting sectors within the drinks industry; cannabis infusion will truly disrupt the drinks market and become a highly lucrative source of revenue for those companies ready to embrace it and a new source of social stimulation for consumers around the world.”

According to Prohibition Partners Senior Analyst Claire Birks, the overall annual growth of the global drinks market is only around 3 per cent, but their research has found that cannabis-drinks are poised for much bigger growth and potentially an almost 45 per cent compound annual growth rate.

Covid-19’s links to respiratory illnesses have only added to this, as people have ditched smoking and vaping in favour of other ways to consume cannabis, including edibles and drinks.

Three brands looking to take advantage of this growing market are Strangeways Spirits, OTO and Doña Sofía. Here we check out their latest launches.

Recognising not only the potential of CBD but gin, as its annual sales in the UK reached the £2 billion mark, this Manchester-based brewery decided to mix the pair and launch its very first gin collection infused with CBD in July.

Hand-crafted, distilled and bottled in Manchester, its gin was originally intended to be “only served behind bars”, however due to the coronavirus pandemic, this was put on hold and now gin lovers across the UK can visit the website to enjoy their two flavours at home.

The first in the collection is the Hazy Dry Gin, which blends cinnamon, coriander and ginger, with fresh orange, lemon and grapefruit peel and is infused with CBD to help you wind down. For those with sweeter taste buds, Hazy Strawberry Gin is a CBD infusion with citrus peel and English strawberries.

Both gins are available to buy online for £37.95 a bottle with £2 from each sale donated to the NHS Charities Together. 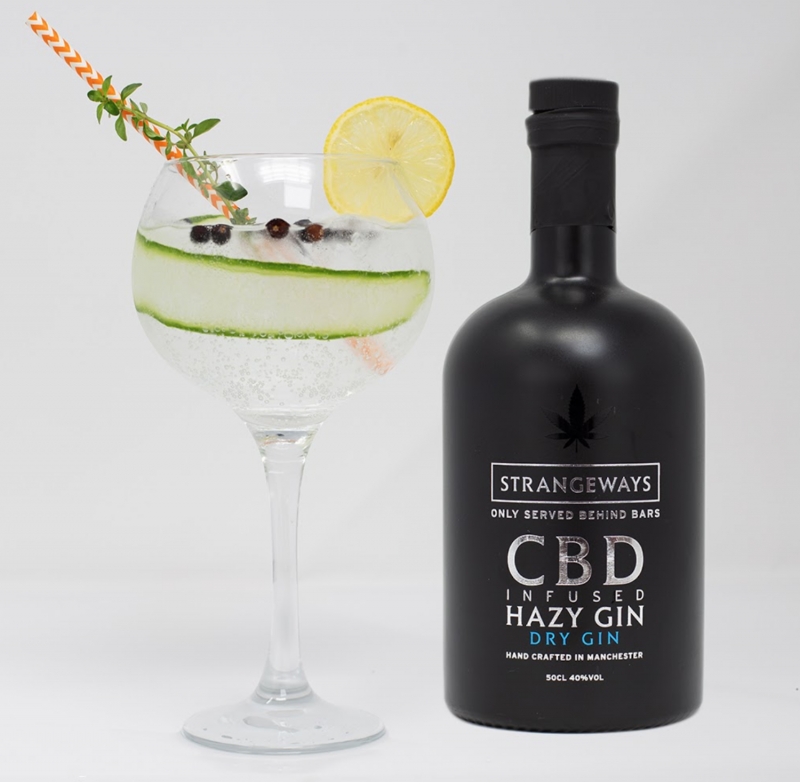 At the luxury end of the market, OTO’s first-of-a-kind CBD bitters can be used to enhance your favourite cocktails and wine or as a tasty alternative to alcohol in cocktails.

Created by OTO’s team of world-leading scientists, the bitters combine pure CBD from organically grown hemp plants with a top-secret mix of botanical extracts selected to complement the effects of CBD and help relieve stress, anxiety and improve your mood. The resulting flavour profile is herbaceous, citrus and with a hint of floral and can be found in a range of cocktails in over 125 luxury bars, hotels and restaurants around the UK including Blakes Hotel and 45 Jermyn Street.

Gemma Colao, Founder and Managing Director of OTO, says: “More and more people are adopting a more mindful approach to drinking, however, this doesn’t mean that they don’t need a bracer to help them unwind and socialise. This is where OTO’s non-alcoholic CBD bitters come in.”

They are available to buy from Majestic and select stores nationwide for £98 for 100ml. 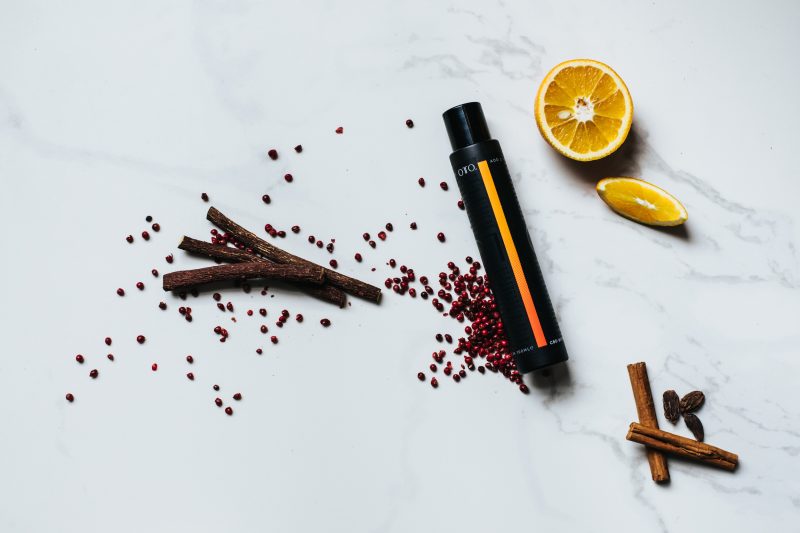 Named after a legendary socialite in Barcelona in the 20th century, who was known for hosting revolutionary parties attended by the likes of Gaudí and Picasso, start-up CBD brand Doña Sofía is behind the UK’s first CBD-infused ready-to-drink cocktails.

Hoping to inspire a new generation of rebellious socialites, artists, musicians and cultural pioneers, its first of three new cocktails, a Gin & Tonic, was launched in July. More flavours – Spiced Rum & Cola and Vodka & Lime – will follow in August, before a line of hand-crafted non-alcoholic mixers later in the year.

Each cocktail contains 10mg of premium full spectrum CBD and is all natural, gluten-free, vegan and low in calories. You can grab a 12 pack of G&Ts for £24 or a 24 pack for £40 online. 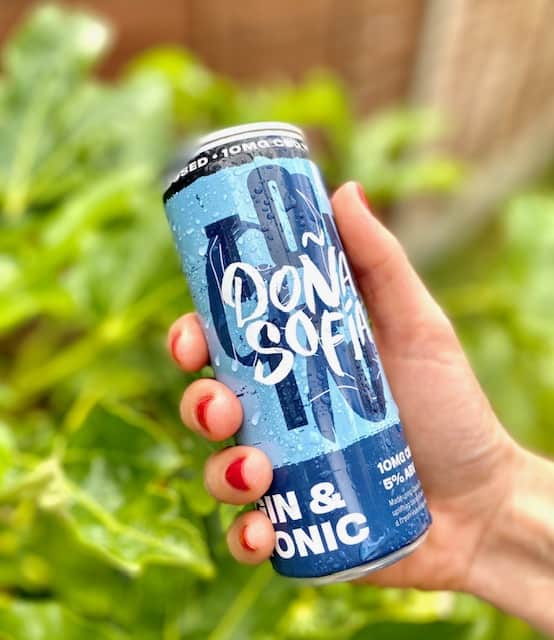 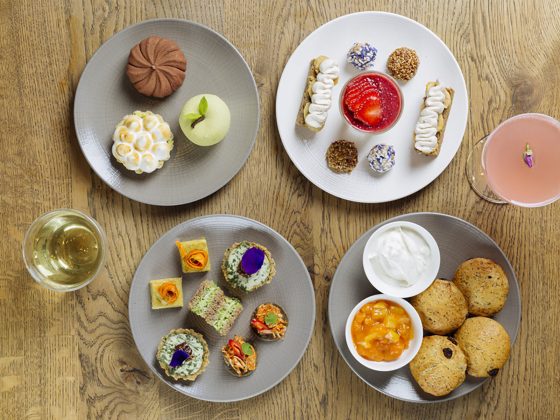 The 5 best places to eat and drink CBD in Britain 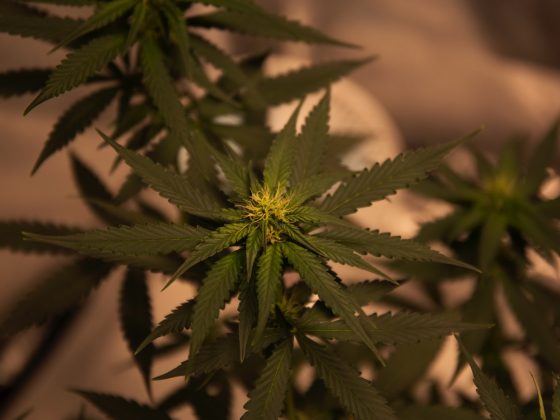