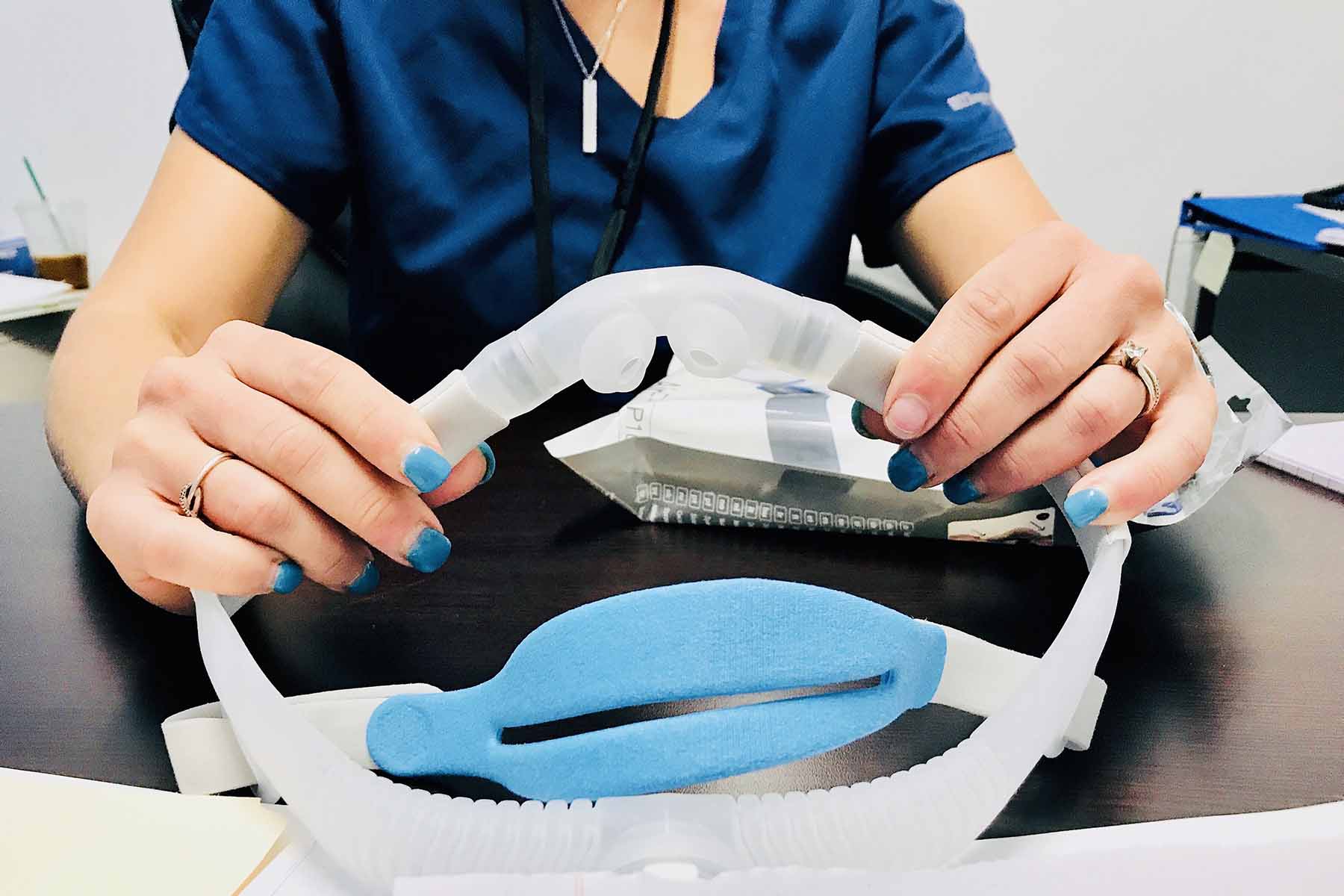 Clinical interest in cannabis and CBD is rising, and the data in favour of its healing power continues to trickle in. As scientists learn more about this fascinating plant, unexplored avenues of its therapeutic potential are revealed.

CBD even holds the potential to alleviate some of the symptoms of cystic fibrosis. The testimonial accounts are far ahead of the science, but it appears as though CBD could help to improve the quality of life of over 70,000 people across the globe who are living with this debilitating disease.

Cystic fibrosis (CF) is a progressive, lifelong condition where the body produces thick, sticky mucus that builds up in the lungs and the digestive system. It is caused by a genetic defect in the cystic fibrosis transmembrane conductance regulator (CFTR) protein. Symptoms of cystic fibrosis include:

It is a hugely debilitating condition with no known cure. Historically, people with cystic fibrosis did not live beyond school age. Medical advancements mean that patients now live much longer, with the projected life expectancy for children born with CF today now over 50.

CF treatments typically include inhaled medications, such as antibiotics, steroids, and enzyme treatments. There are also therapies to clear mucus from the lungs and dilate the airways. But in the search for new ways to improve the quality of life of those living with cystic fibrosis, CBD could offer invaluable potential.

CBD, short for cannabidiol, is a natural cannabinoid that can be found in the Cannabis sativa plant. It is non-psychoactive, meaning that CBD is devoid of the ‘high’ that cannabis’ mind-altering molecule, tetrahydrocannabinol (THC), is known to cause. Both cannabinoids – CBD and THC – have been shown to have powerful therapeutic action, either when administered alone or in combination.

Cannabinoids interact with our endocannabinoid system (ECS), a complex cell-signalling network in our body that helps to regulate our mood, immune function, appetite, sleep, memory, pain, and much more. CBD can indirectly modulate the function of our cannabinoid receptors, which can be found all over the brain and body – including within the airways. So, could the therapeutic properties of CBD help those living with cystic fibrosis?

How CBD could help with CF symptoms

Back in 2002, a paper published in the Journal of Cannabis Therapeutics detailed a theory that cystic fibrosis causes a deficiency in endocannabinoids and “by elevating these levels, symptoms may improve”. CBD indirectly increases levels of anandamide, an endocannabinoid that is produced naturally in the body. By this token, CBD could supplement the ECS and subsequently improve CF symptoms.

Since this paper was published, the effects of THC administration have harboured positive results in animal models of cystic fibrosis, but CBD remains largely unexplored. There is, however, existing evidence to suggest that CBD can reduce pain and inflammation, support the immune system, and relieve gastrointestinal issues in countless other clinical conditions.

CBD will not be a cure for CF, but it could, in theory, help to relieve some of the symptoms, without the unpleasant side effects of existing drugs – and here’s how:

With the digestive discomfort and appetite loss that accompanies cystic fibrosis, it can be hard for those with CF to consume sufficient nutrients and maintain a healthy weight. For its ability to induce “the munchies”, cannabis is a well-known appetite stimulant. This is largely due to THC, but there is some evidence to suggest that CBD can also stimulate our appetite. CBD has also been shown to suppress nausea in animal models, which suggests that CBD could support those with CF who struggle to eat.

Cystic fibrosis is a hugely debilitating and isolating disease that can cause anxiety or depression in many patients and their families. Where CBD surpasses other pain relief medications is its ability to support our mental health. By interacting with serotonin receptors in the brain, CBD can help to support the signalling of our so-called “happy hormone”, serotonin. This is thought to be why CBD can relieve anxiety and depression, as demonstrated by various human and animal model studies.

Is there any evidence?

Currently, the only evidence in favour of using either CBD or cannabis to manage symptoms of cystic fibrosis is anecdotal. In an article for Cystic Fibrosis News Today, Brad Dell, who has tried both cannabis and CBD to alleviate some of his CF symptoms, wrote that CBD “didn’t work as well on my appetite, [but] it did help with opening my airways, reducing pain, and easing my nausea. I even went on a hike while on supplemental oxygen”.

Whilst there is no experimental evidence for the effectiveness of CBD in cystic fibrosis, there is some data in support of using CBD to reduce inflammation and open bronchial airways in animal models of lung infections. There is also increasing evidence to suggest a use for CBD in managing the symptoms of inflammatory bowel diseases, such as Crohn’s disease.

Although the clinical manifestations of cystic fibrosis differ from other lung conditions and inflammatory diseases, these findings suggest that CBD could help to relieve various CF symptoms and indicate areas for future research.

For now, there is no clinical trial evidence. Whilst many people choose to self-medicate with cannabis-based products, there is insufficient data to support its safety or efficacy in managing CF symptoms in the clinic.

As a supplement, CBD is considered to be safe and well-tolerated. There is also an abundance of data showing the safety of CBD for use in other medical conditions, including epilepsy. Though some review papers have illustrated several areas of CBD’s safety profile that are yet to be studied, such as its interactions with other medications.

The side effects of taking CBD are rare and mild. These can include nausea, fatigue, and appetite changes. This is, obviously, a potential contraindication of using CBD to manage CF, since problems with appetite and digestion are common symptoms. Though CBD’s side effects are typically remedied with the correct dosage, so start low and build up slowly.

How to take CBD for cystic fibrosis

There is no definitive answer for how much CBD to take for cystic fibrosis, or how to take it. It’s all personal preference. Those living in areas without restrictions on THC may wish to try a full-spectrum CBD product – as close to whole-plant cannabis as possible – to benefit from the entourage effect.

There are countless ways to take CBD and hundreds of products out there. Some testimonial accounts of CBD use report using inhalers and vaporisers to soothe inflamed lungs, but others prefer to opt for tinctures and edible CBD to avoid irritating the airways further. Here are just a few of the ways to take CBD for cystic fibrosis:

CBD inhalers are a relatively new technology in the cannabinoid market. Resembling asthma inhalers, they provide direct and immediate anti-inflammatory relief through the lungs. Being an innovative method of administration, there is very limited safety data for CBD inhalers. They are, however, believed to be safer than CBD vapes, since the long-term effects of vaping are not yet known.

Oils are one of the more popular ways to take CBD. By placing a few drops under the tongue, CBD quickly enters the bloodstream and has a rapid onset of action. It’s an efficient way to get your dose in, and you have control over how much you take. Though CBD oil isn’t for everyone; it can have quite a strong, earthy taste!

CBD can also be consumed in the form of pills, capsules, and gummies. They tend to contain slightly lower doses than concentrated oils but are a great option for a consistent daily dose. Since the CBD has to go through the digestive system, this method may benefit the digestive issues that many people living with CF experience. But bear in mind that pills and capsules should be taken alongside food so that the CBD can be properly absorbed.

There are lots of other things to consider when choosing a CBD product: dosage, potency, traceability, other ingredients – it’s a confusing market. For more information, take a look at our beginner’s guide to CBD.

Researchers can’t say for certain whether CBD could improve symptoms of cystic fibrosis; it’s clear that the science still has far to go, but even outside of its clinical domain, CBD appears to be a powerful daily supplement. By supporting our mental and physical wellbeing, CBD could help to improve the quality of life of thousands of people – it’s certainly worth giving it a go. 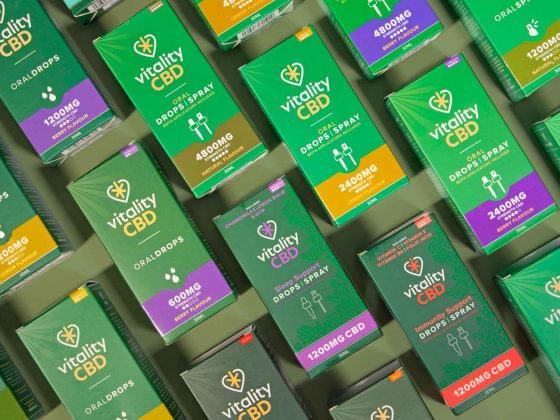