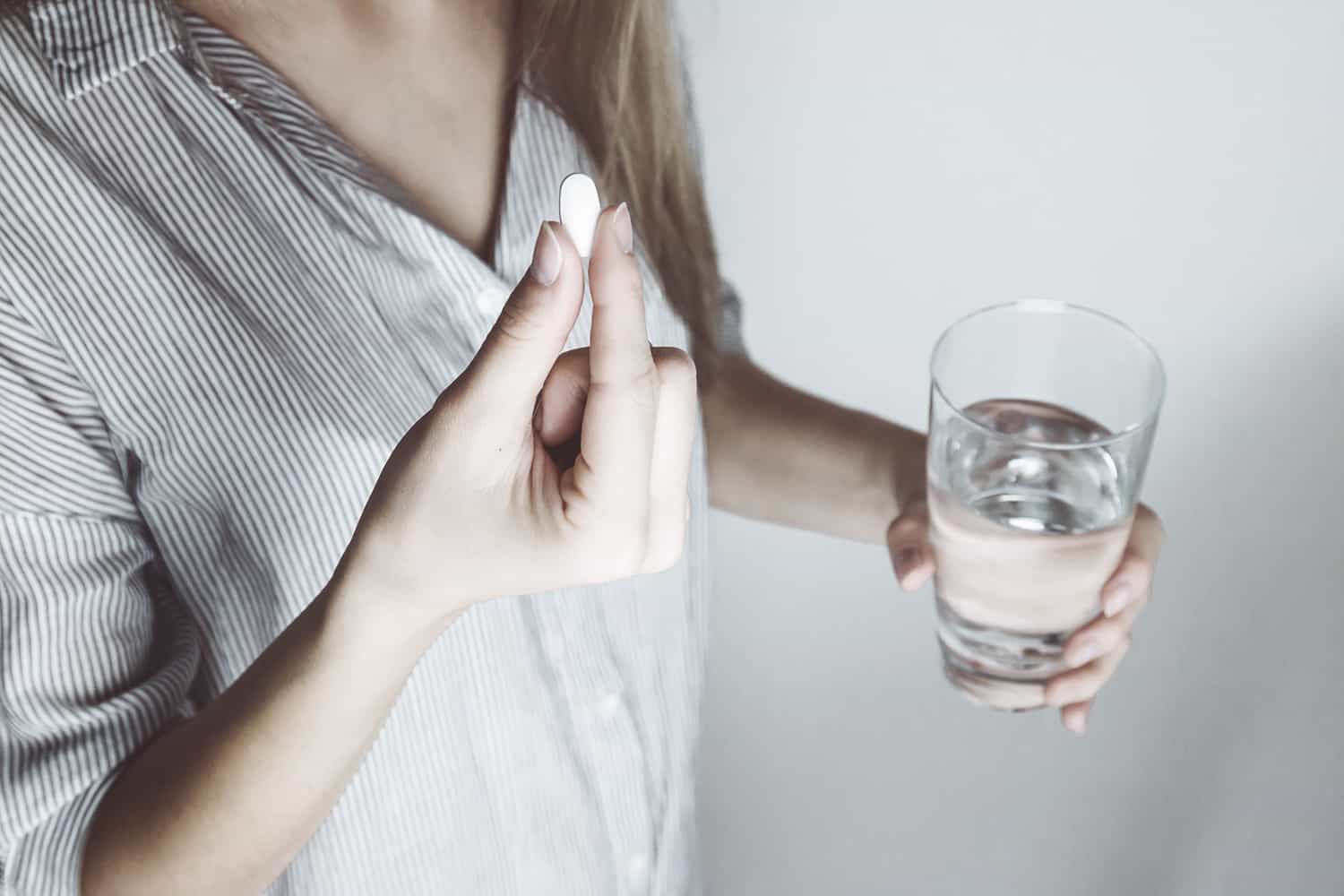 In recent years, few topics have been as hot as the therapeutic effects of cannabis and its impact on a range of conditions. One of those such conditions is Crohn’s Disease, one type of condition called inflammatory bowel disease (IBD) that causes inflammation of your digestive tract. There are a few medications and surgery options to aid patients with managing symptoms but unfortunately, there is no cure.

What are the symptoms of Crohn’s disease?

This chronic disease manifests as inflammation within the gastrointestinal (or digestive) tract. The inflammation can cause severe abdominal pain, persistent diarrhoea, malnutrition, fatigue, ulcers in the gut and weight loss. Crohn’s is a progressive disease, meaning it tends to worsen gradually over time. Due to the unpredictability of symptoms, Crohn’s disease can be debilitating to live with, painful both physically and emotionally.

Can CBD help with the symptoms of Crohn’s?

Over the last decade, both public and private interest in the therapeutic potential of cannabis and its constituents (e.g. cannabidiol) as regards the management of inflammatory bowel diseases (IBD) has sky-rocketed. Cannabis is being approved with increased frequency for a variety of medical conditions in several countries around the world. In animal models, cannabinoids have been shown to have some benefits in treating intestinal inflammation in experimental models of IBD through their reaction with the endocannabinoid system.

To understand why cannabis, or more specifically CBD, might be helpful in dealing with symptoms of Crohn’s disease, it is beneficial to have a basic understanding of the endocannabinoid system (ECS). The ECS is a complex cell-signalling system that plays a role in regulating a range of bodily functions and processes such as pain, mood, appetite, sleep, memory, immune function and gastrointestinal (GI) motility. The ECS is made up of endocannabinoids (cannabinoids that are naturally produced in our bodies), and cannabinoid receptors. Endocannabinoids and cannabinoids such as CBD and THC stimulate the cannabinoid receptors that are located across the body, including in the brain, spinal cord, and the entire gastrointestinal tract. In those suffering from IBD, the endocannabinoid system is compromised – this only bolsters the case for cannabis and CBD-based therapies.

What do the studies show?

CBD is widely acknowledged as an effective natural anti-inflammatory. Research has shown CBD to be beneficial for people with various inflammatory illnesses like rheumatoid arthritis, Alzheimer’s and Parkinson’s disease. Although several studies have shown CBD may soothe intestinal inflammation, results have been contradictory and are not thorough enough to draw concrete conclusions from. Some preclinical studies have indicated that CBD can alleviate intestinal inflammation but these studies were done on mice models, not yet on humans.

In a 2016 study on mice, a standardized Cannabis sativa extract with high content of cannabidiol (CBD), was tested for its effects on mucosal inflammation and hypermotility in mouse models of intestinal inflammation. Results showed that the high-CBD cannabis extract lessened intestinal damage from colitis and minimised hypermotility (overactive intestines). The extract was more effective than pure CBD, which was also tested, supporting the inclusion of other chemicals from the cannabis plant in the treatment of Crohn’s disease.

Now, whilst animal tests have given optimistic results, small scale studies on participants with Crohn’s disease are mostly inconclusive. In 2017, a small investigation was undertaken on 19 participants with Crohn’s disease in a randomized placebo-controlled trial. The patients who hadn’t responded to standard treatment such as steroids were randomized to receive oral (10 mg) CBD or placebo twice daily. The study concluded that ‘CBD was safe but had no beneficial effects’ but it was also stated that this may have been due to the small dose of CBD or the lack of the necessary synergism with other cannabinoids.

Another study that took place in 2018 tested a high-CBD botanical extract on patients with ulcerative colitis, another inflammatory bowel disease, displayed more positive results but still lacked definitive evidence, concluding that ‘several signals suggest CBD-rich botanical extract may be beneficial for symptomatic treatment of UC.’ Again, this study was small scale with the participation of only 60 patients.

What the Doctor thinks

A reader asked our resident doctor, Dr M, the following question back in 2019:

I have suffered with chronic Crohn’s Disease most of my life, having had sections of my bowel removed. I have tried many medications which haven’t work, and I am prescribed Tramadol, which does little to alliviate the symptoms but leaves me feeling tired and sick. I want to try CBD oil as a more natural and less intrusive way of relieving my symptoms, will it help?”

As I am sure you know, Crohn’s disease is an inflammatory bowel disease (IBD). It is a chronic condition which means there is currently no cure and the aim of any treatment is to make symptoms more manageable for the sufferer.

There needs to be more research into the effect of CBD on Crohn’s disease but there is plenty of research to suggest it can help alleviate some of the symptoms you are suffering.

CBD has been shown to have strong analgesic properties, and has a significant effect on pain relief in chronic pain, and also in IBD type pain situations. Double-blind studies in humans have shown that cannabinoids can lower the dose needed of opioids such as Tramadol.

CBD, used in correct doses, has been shown to be effective as an anti-emetic, in other words, it can be used to treat nausea and vomiting.

CBD can have very positive influences on satiety and appetite regulation. This may help to improve food intake in people who suffer from low appetite.

I can appreciate that living with Crohn’s can be difficult and that alternative sources of relief may sound appealing. Studies have shown that CBD may help with some of your symptoms. However, if you were to try CBD, I would suggest initially continuing with your normal medications. Then if you do notice a significant improvement, discuss the option of reducing your current prescription medications with your GP or specialist.

STERO Biotechs, a clinical-stage research and development company developing CBD-based solutions for reducing the side effects and need of steroid therapy, has ongoing clinical trials that are investigating the effects of CBD on steroid-dependent Crohn’s disease. Results should give us more of an indication of whether CBD is a viable medication to prescribe in treating the symptoms of Crohn’s disease.

The evidence collected surrounding CBDs efficacy in helping with inflammatory bowel disease is not convincing enough to claim that it has proven benefits. This does not mean that it can’t ease some symptoms such as nausea, inflammation and lack of appetite, but further long-term clinical trials are definitely needed before sweeping statements can be made. Although related research into CBD shows relevant anti-inflammatory and antioxidant effects that could be beneficial for alleviating symptoms of Crohn’s disease, it is not yet possible to lay down treatment guidelines since the studies have had no standardization regarding the purity of the CBD or the dosage amounts.

Jami Kinnucan, a gastroenterologist at the University of Michigan, put out the theory that studies so far have been too short and might not have been using the best cannabis formulations. With about one in every 650 people in the UK affected by Crohn’s disease and a lack of natural remedies available, we hope that in the not too distant future, upcoming medicinal cannabis studies will provide us with more insight into whether cannabis and/or CBD might be proven to help the many people whose lives are disrupted by the negative symptoms of this disease. These studies are vital and will help add to the current shortage of scientific evidence in this area. 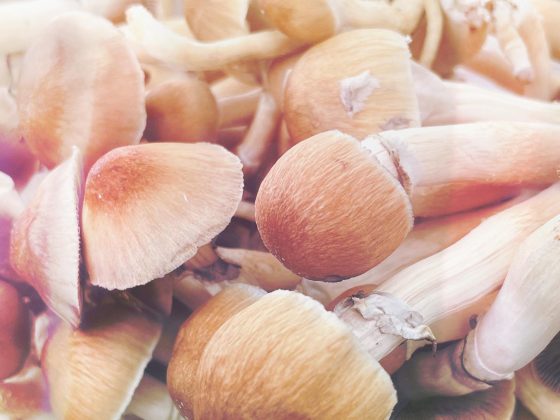