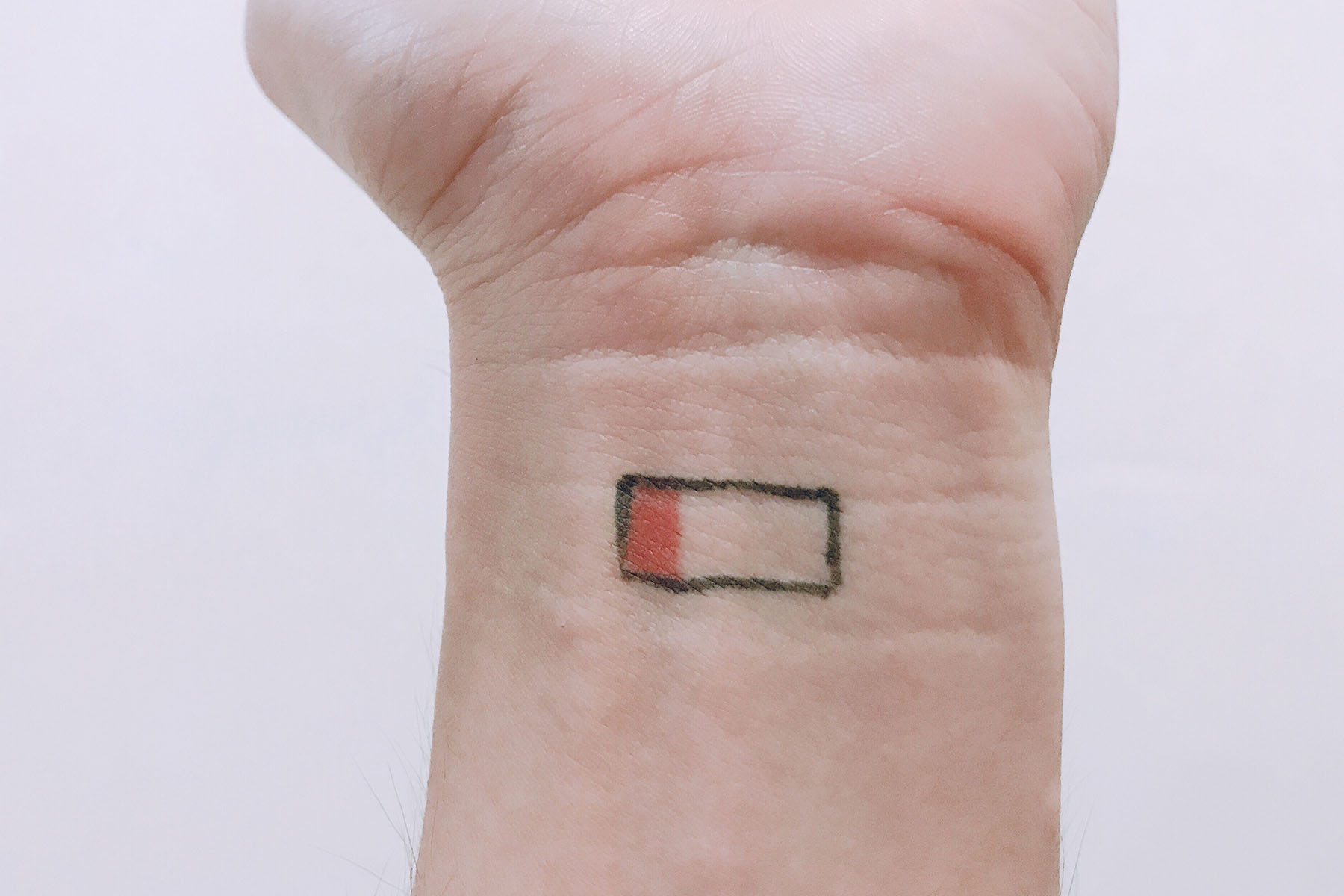 In the UK, a staggering 260,000 people are living with chronic fatigue syndrome, an invisible and often misunderstood illness that infringes on each and every aspect of life.

People with chronic fatigue are often told they are “just tired”, or “lazy”, or that medical tests have found “nothing wrong”. As a result, many are left without treatment, desperate for a way to better their quality of life.

Over the years, cannabis research has advanced in leaps and bounds. It is becoming increasingly clear that one cannabinoid, CBD, may help to relieve countless mental and physical health conditions. But could it offer much-needed relief for those living with chronic fatigue?

What is chronic fatigue syndrome?

Chronic fatigue syndrome (CFS), also called myalgic encephalomyelitis (ME), is a long-term disorder characterised by extreme tiredness. The symptoms of ME/CFS include:

Some people with chronic fatigue syndrome may also experience muscle or joint pain, headaches, and dizziness. Symptom severity varies from day to day, but the fatigue symptoms will typically last for over 6 months. Although CFS can affect anyone, it occurs more commonly in women between their mid-20s to mid-40s.

Since ME/CFS cannot be fully explained by an underlying medical condition, there is no specific diagnostic test. There is also no known cure for ME/CFS, but there are several ways in which symptoms could be managed. These include:

Many people with chronic fatigue will need to adapt their daily routine on a long-term basis, by taking measures to limit stress and minimise physical exertion. In recent years, more and more people have turned to CBD as a way to manage their fatigue symptoms, but is there any evidence to say it could help?

Cannabidiol (CBD) is one of many active ingredients found in the Cannabis sativa plant. It is a non-psychoactive cannabinoid, meaning it cannot get you high. CBD is, therefore, proving to be hugely popular amongst those seeking some of the medicinal benefits of whole-plant cannabis but without the intoxicating effects of the plant’s mind-altering molecule, THC.

CBD interacts with our body’s endocannabinoid system (ECS), a complex cell-signalling network that is responsible for regulating our mood, appetite, sleep, pain levels, immune health, and much more. By coordinating these biological functions, the ECS strives to maintain stability in the body.

Its exact mechanisms of action aren’t yet known, but some researchers believe that CBD can modulate the activity of cannabinoid receptors, CB1 and CB2. This, in turn, can enhance the signalling of our body’s naturally-derived cannabinoids, called endocannabinoids.

This is why CBD appears to have such widespread benefits for our mental and physical health; enhancing ECS function can support the vast array of biological functions that this system coordinates.

As a result, CBD appears to be effective in treating rare forms of epilepsy and shows immeasurable promise in the treatment of anxiety, inflammatory disorders, and much more – but could it help people living with chronic fatigue?

Could CBD help with fatigue?

Results from a recent study suggest that whole-plant cannabis may be effective at treating fatigue. The researchers found that “cannabis, in general, yielded improvements in symptoms of fatigue,” however, the researchers did not address to what extent the effects were due to THC, CBD, or a combination of the two.

At present, no studies have specifically investigated the effect of CBD on CFS. That said, there is some existing evidence to suggest that CBD could help to alleviate some of the condition’s related symptoms, making it a promising candidate for future research.

Despite the lack of research, countless anecdotal reports have suggested that CBD can help people living with chronic fatigue. Emma Franklin, who lives with CFS, told Cannabis Health News that she believes “CBD oil has been a really important part of [her] recovery.”

“I began to take the CBD to help with CFS and anxiety and depression. Over a period of a few weeks, I began sleeping more easily…These sleep improvements have meant I’ve been able to return to work after seven years out of work…I’ve also seen huge improvements in activity levels as my pain levels have reduced,” Emma shares.

But, however promising, anecdotes are not a substitute for hard data. Whilst we await the results of future studies into CBD and ME/CFS, let’s take a look at the related evidence to support its use in combatting fatigue.

CBD for CFS: the evidence

In recent years, several studies have investigated the effects of CBD on fibromyalgia, a condition characterised by chronic pain and extreme fatigue. Despite CFS and fibromyalgia being two separate conditions, there is a notable crossover in their symptoms. With growing evidence to suggest that cannabinoids could help people living with fibromyalgia, could the same be said for people with chronic fatigue syndrome?

In 2017, a review was published in Expert Opinion on Therapeutic Targets that detailed a possible mechanism for CBD’s therapeutic action in chronic pain. The authors state that CBD appears to reduce the activity of glia, a type of brain cell implicated in central sensitisation. Since hypersensitivity of the central nervous system is also a hallmark of chronic fatigue, these findings suggest that CBD could also be effective in treating ME/CFS.

Another theory for using CBD to manage CFS lies in the connection between inflammation and fatigue. Studies have found that patients with chronic fatigue syndrome have abnormally high levels of cytokines, which are the proteins involved in promoting and sustaining inflammation. These have shown to be “causally associated with [CFS] symptoms.”

Patients with CFS also exhibit reduced levels of antioxidants. Similarly, studies have shown that oxidative stress (the imbalance between damaging free radicals and antioxidants in the body) is a major contributor to chronic fatigue.

In 2019, a review published in Antioxidants concluded that CBD has potent antioxidative and anti-inflammatory properties. Although this hasn’t explicitly been tested in the context of fatigue, CBD may help to rebalance inflammation and oxidative stress in the body and, in turn, reverse fatigue.

Could it worsen fatigue?

The World Health Organisation (WHO) has declared that CBD is “generally well tolerated with a good safety profile,” but it has shown to cause mild side effects in some people. These include nausea, appetite loss, and – surprisingly –  fatigue.

This is, obviously, a potential contraindication of using CBD to manage CFS. Though since these side effects are typically remedied with the correct dosage, common guidance is to start low and build your dose up.

Whilst on the topic of dosage, there is some evidence to suggest that lower doses might be better for those with fatigue. This is because CBD is biphasic, meaning it can have opposing effects on the body depending on how much you take. A 2017 review article found that “low-dose CBD has a stimulating effect, while high-dose CBD has a sedating effect,” so this is something to consider if you are looking to try CBD for fatigue.

If you are on other medication, it is also important to consider the risk of drug interactions whilst using CBD. For this reason, you should always consult a doctor or medical professional before adding CBD to your treatment plan.

How to use CBD

Although CBD is not currently an approved treatment for chronic fatigue, commercial products are widely available for those who think that CBD could help. Unlike THC, which is only legally available on prescription in the UK, CBD is completely legal to buy and use, providing the product contains less than 1mg of THC per container.

As for deciding how to take your CBD, your options are far from limited. Here are just a few of our favourite types of CBD products:

Oils are probably the most popular way to take CBD. By dropping it under the tongue, CBD can enter the bloodstream quickly, so the benefits can be felt almost immediately. There are a huge variety of oils available. If you’re not sure whether full-spectrum, broad-spectrum, or CBD isolate will be best for you, take a look at our latest guide to CBD oil.

If the taste of CBD oil isn’t for you, CBD-infused gummies are both a great and delicious way to get your dose in. Gummies give you a consistent daily dose of CBD that builds up in your system over time. They tend not to be as potent as oils, so you may need to up your dose if necessary.

Capsules are another way to experience the benefits of CBD oil without the taste. Since the encapsulated oil needs to go through the digestive system, the effects take slightly longer to kick in (between 30 minutes and 2 hours). They also should be taken with food so that the CBD can be absorbed properly in the stomach.

Vaping is another quick way to get CBD into the bloodstream. A vape is also portable, so it can provide immediate relief on the go. But it is important to consider that the long-term effects of vaping are not fully understood, so approach this method with caution.

Keen to try CBD but don’t know where to start? Take a look at our beginner’s guide to CBD 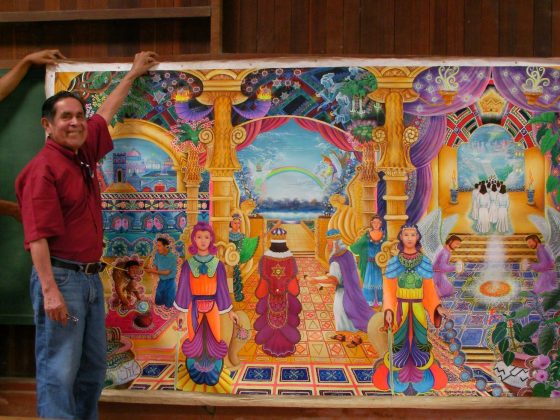