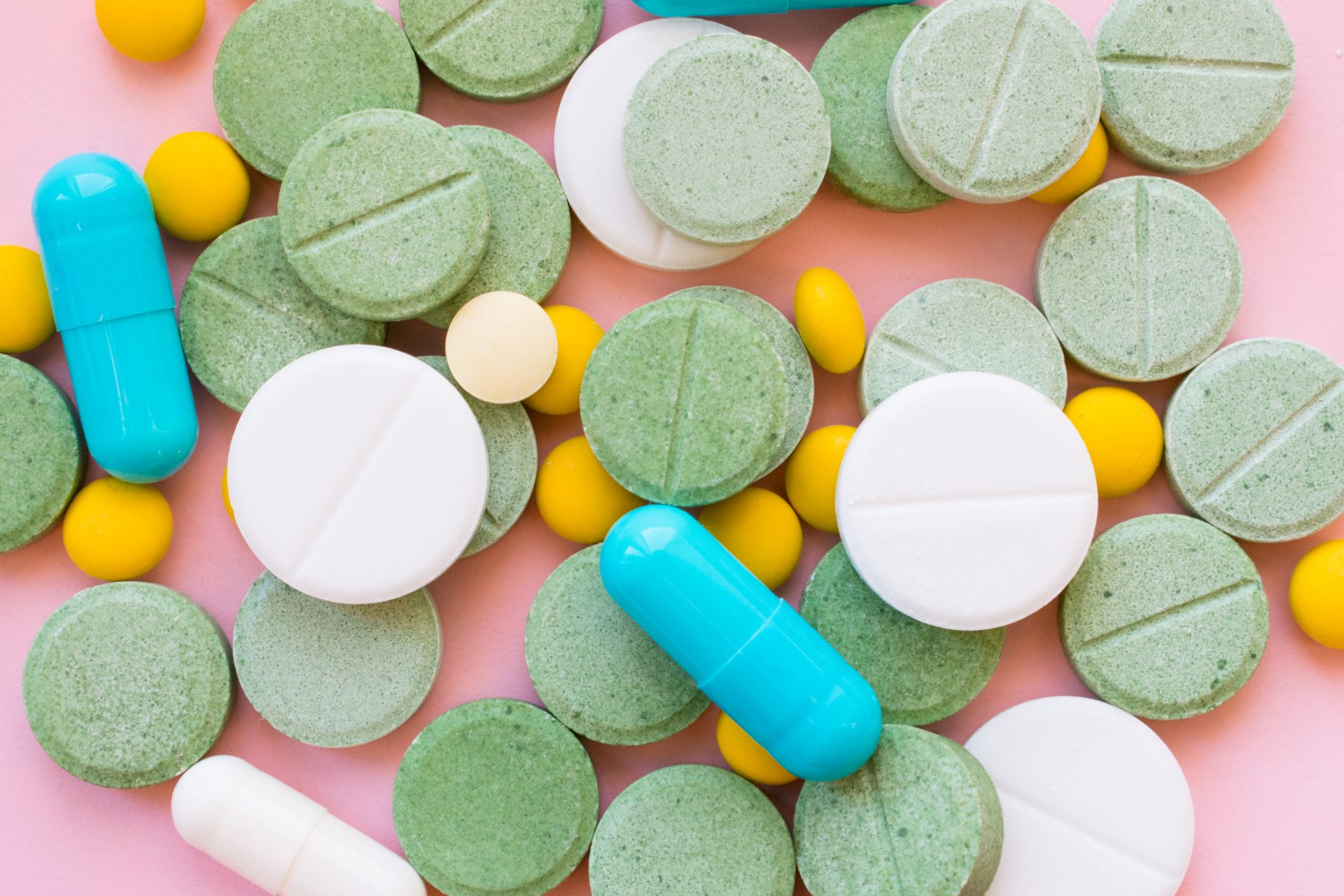 Despite the extraordinary progressions in cannabis research, the legacy of the war on drugs lingers and the public remains divided in its views on the value of cannabis in modern medicine. But whilst researchers, campaigners and government authorities clash over the matter of illicit drug use, some of the world’s deadliest drugs continue to circulate within healthcare itself.

The opioid crisis has needlessly claimed hundreds of thousands of lives. Not only do Western healthcare systems need an alternative approach to pain management, but they are now faced with an entirely new problem: widespread opioid dependence.

In recent years, cannabis research has revealed that the plant has outstanding potential in the treatment of both pain and addiction. Could cannabis, a natural plant with an impressive safety profile, have what it takes to solve the opioid crisis?

The opioid crisis: a brief overview

The overprescription of opioids as painkillers is a striking example of where medicine can become deadly. In the last 20 years, the United States has seen an explosion in opioid use and, consequently, accidental overdoses. It is estimated that 26-36 million people are abusing opioids over the world. In the US, 92,000 people died from an opioid overdose in 2020 – 18% of whom were using prescription opioids.

But how did these deadly drugs become such a mainstream feature of medicine? Opioids, such as codeine and morphine, are a form of narcotic pain medication. They are effective at relieving both acute and chronic pain, and their mass production was seen as a major profit potential for pharmaceutical companies. As a result, there was a huge push for healthcare professionals to prescribe and administer opioids, but their abuse potential soon because apparent.

Opioids hijack the brain’s reward centres. They create a euphoric sense of calm, but they also deplete the body’s production of endorphins over time. On top of this, the body also becomes dependent on opioids, which can result in severe withdrawal symptoms in their absence. Effectively, the user feels great when they use opioids and incapacitated when they don’t – the ideal chemical cocktail for drug abuse.

Efforts to limit opioid prescriptions have been hindered by the growth of the illegal synthetic opioid market. Many are forced to turn to illicit methods to obtain opioids, such as heroin and fentanyl, as a desperate means to overcome withdrawals. With long-term opioid use comes tolerance, causing the user to up their dosage and thus increase their risk of taking a lethal dose. As a result, the US is experiencing an opioid epidemic, with an annual economic cost of over $1000 billion, according to the CDC.

Whilst access to care and effective treatment is crucial for overcoming opioid use disorder, alternative pain medications are necessary for prevention. With therapeutic potential in the treatment of chronic pain, this is where cannabis comes in.

The medicinal properties of the cannabis plant have been documented for generations. It is widely believed that Sir J. Russell Reynolds, Queen Victoria’s physician, prescribed cannabis to the Queen in the late 19th century as a treatment for her menstrual cramp pain.

Sir Reynolds also commented on the burden of naturally-derived opiates in 1868, claiming that “the relief of the moment, the hour, or the day, is purchased at the expense of tomorrow’s misery.” He also wrote, “In no one case to which I have administered Indian hemp, have I witnessed any such results.”

The risks of cannabis are far, far less than opioids. Firstly, the cannabis plant – when cultivated correctly, in the absence of toxic chemicals – is not inherently harmful and cannot cause an overdose. Whilst cannabis can be abused, most people do not become addicted. Plus, this is rarely the fault of the plant itself and is more often due to the genetic predisposition of the user.

In terms of its safety profile, cannabis is the clear winner. But is it a viable replacement for opioids in the treatment of pain?

Experimental research into the major cannabinoids in cannabis, cannabidiol (CBD) and tetrahydrocannabinol (THC), has shown their ability to target some of the pain pathways in our nervous system and subsequently mitigate the sensation of pain.

However, the research is still in its infancy. In many cases, patients with access to cannabis are choosing to self-medicate and some researchers worry about a lack of solid evidence for this.

Rather conflictingly, an international review, published in the journal Pain in 2021, found that there is insufficient evidence to support the use of cannabis in pain management. The review’s lead author, Professor Andrew Rice, shares that these findings are “not a door closing on the topic, but rather a call for more rigorous and robust research.”

Patterns in opioid use after cannabis legalisation

In the meantime, observational studies in regions with increasing medicinal cannabis use have provided a reliable indication of the value of cannabis in pain management and opioid reduction.

According to recent research by American Marijuana, 15 out of the 19 analysed states saw a drop in their opioid prescription rate in the year following medicinal cannabis legalisation. Similarly, a study published in JAMA Internal Medicine in 2014 found that annual opioid overdoses were 25% lower (between 1999 and 2010) in states where medical cannabis was legal.

There is also an abundance of evidence to support the use of cannabis as an effective opioid substitute. In a systematic review of 7222 patients with non-cancer pain, cannabis use resulted in a 64-75% reduction in opioid use. There is some variation within the literature, but the general trend is that “individuals currently using opioids for chronic pain decrease their use of opioids by 40–60% and report that they prefer cannabis to opioids”, according to the authors of a 2018 review.

However, there is some conflicting evidence. Several studies have noted that the legalisation of cannabis either increases the rate of opioid use or that it reverts back over time. Another study found that Australian medical cannabis users were on higher doses of opioids.

There are several potential reasons for the emergence of these patterns. In response to the latter study, researchers have since highlighted that higher doses can be explained by higher pain levels. The participants in this study also reported greater pain relief when using both drugs in combination.

The issue with observational studies is that they overlook a myriad of external factors. For example, changes to cannabis legislation do not necessarily increase cannabis use, which could explain these discrepancies in the data. Beyond this, without sufficient education and access to treatment, opioid use disorder is likely to be unhindered.

The findings, therefore, cannot be overstated by either side of the argument. Further study, using randomised controlled trials, would be able to verify a causal relationship between cannabis use and opioid reduction, rather than a simple association.

Could cannabis treat opioid use disorder?

The idea that cannabis holds value in the treatment of opioid use disorder (OUD) has also sparked debate. There is increasing evidence in favour of using cannabinoids as a means to reduce opioid withdrawal symptoms, but several researchers have also highlighted some considerations for mixing cannabis with opioids.

Several studies have observed a synergistic effect of combining cannabis and opioids, suggesting that cannabis can enhance the pain-relieving effects of opioids and subsequently reduce the risk of overdose. However, there is also reason to believe that this could enhance tolerance to opioids.

Other studies have shown that cannabis can enhance the abuse potential of opioids, with combined users scoring higher on an opioid dependence severity scale. On top of this, co-use may worsen anxiety and depression in the user. Much more research is needed to clarify the extent of the risks, but substituting opioids for cannabis may be more complex than previously anticipated.

Recent evidence, however, has revealed the potential of CBD in the treatment of opioid use disorder. In comparison to THC (and opioids, of course), CBD shows almost zero potential for abuse. But it’s not just non-addictive, it’s anti-addictive; CBD could treat addiction. One animal study found that CBD reduces the reward effects of cocaine and amphetamine, suggesting that it could lower the risk of drug abuse.

Beyond this, CBD has been shown to reduce heroin cravings in people recently abstinent from the drug. Again, much more research is needed to confirm these effects, but these findings suggest a role for high-CBD cannabis or pure CBD in the future treatment of patients with OUD.

Cannabis & the opioid crisis: the future

Whilst it may be naive to assume that cannabis will be the sole saviour of the opioid epidemic, we should acknowledge its value as part of the wider solution. Not only do the therapeutic properties of the plant itself show immeasurable potential in the treatment of chronic pain, but the debate about its role in opioid use disorder highlights the need for greater education to combat the plant’s vilified reputation.

It may seem as though changing the public attitude towards cannabis is a mere drop in the ocean of the opioid crisis, but if a medical practitioner was more inclined to prescribe cannabis over opioids – even just once – this could be enough to save a life.

If you, or someone close to you, is struggling with substance abuse, professional support is available. For more information and a list of useful services, see here.