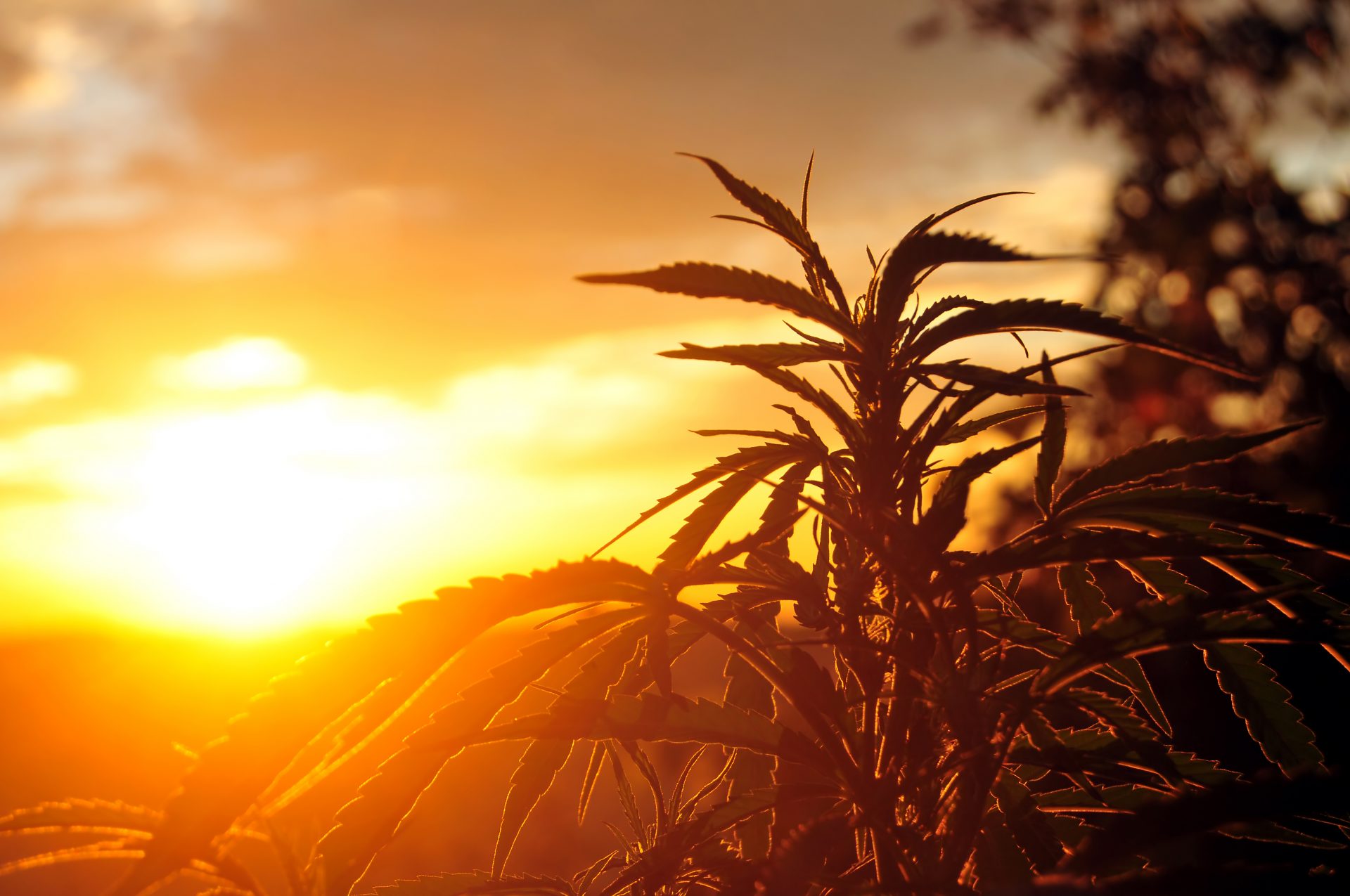 Ask the question, “do stoners live longer?” to a room full of people and you would likely spark considerable debate. Some would say, undoubtedly, yes. Others would dismiss you with a hard no – and all sorts of testimonials would be presented by either side of the argument.

Truth be told, scientists haven’t actually assessed how cannabis directly affects human ageing. There is, however, some evidence to suggest that it could help us live longer – and even some to suggest the opposite. So, let’s take a closer look at what the science is saying about cannabinoids and ageing. Could cannabis be the elixir of life?

Cannabinoids and ageing: the latest findings

A new study, published in GeroScience earlier this week, has revealed that cannabidiol (CBD), the major non-psychoactive cannabinoid in the Cannabis sativa plant, may increase the lifespan of nerve cells.

Researchers looked into the effect of the cannabinoid on the ageing mechanisms of C. elegans (also known as the roundworm). They found that CBD “extends lifespan and rescues age-associated physiological declines” in the roundworm model.

The study demonstrated that CBD can stimulate autophagy in ageing neurons. Autophagy, a defensive mechanism in which cells undergo self-digestion to ‘clean out’ any damaged or dysfunctional cell components, has been shown to decrease with age and accelerate ageing. This study, therefore, suggests that CBD has anti-ageing action – in worms, at least!

But what relevance do these findings have to our understanding of human ageing?

Although no solid conclusions can be drawn about CBD or cannabis use in human ageing, humans and roundworms actually share surprisingly similar physiological ageing characteristics. This makes C. elegans a pretty reliable model for studying ageing mechanisms in humans.

In particular, the researchers found that CBD extended the lifespan of the neuronal cells through a similar age-related signalling pathway to humans, involving SIRT1.

Without going into too much of the nitty-gritty science, SIRT1 is part of an enzyme family called sirtuins that are heavily involved in regulating our body’s ageing mechanisms. Previous research suggests that sirtuin-like drugs may help to slow down the ageing process. If CBD regulates ageing through the SIRT1 pathway, as this study suggests, this provides some indication that cannabinoids may also have anti-ageing properties in humans.

The authors of the study concluded that “these findings collectively indicate the anti-ageing benefits of CBD treatment…and its potential to improve neuronal health and longevity.” However, unless this can be replicated in diverse human populations – with variables like body weight, stress levels, or other contributors to ageing – the belief that CBD helps us live longer is merely speculation.

Is cannabis the key to a long, healthy life?

Looking beyond this recent study, there is additional evidence to suggest that cannabis compounds may improve our overall health and, in turn, help humans to live longer.

Inflammation and ageing are closely linked. Not only does chronic inflammation put the body at a higher risk of damage and disease, but ageing is also associated with immune dysregulation, which raises low-grade inflammation throughout the body.

Numerous studies have demonstrated that CBD has potent anti-inflammatory action. Although this hasn’t been explicitly tested in the context of ageing, there is reason to believe that CBD could help to offset some of the inflammatory processes associated with age.

On top of this, there is growing evidence to suggest that both CBD and THC, the major cannabinoids in the Cannabis sativa plant, have antioxidant and neuroprotective properties. Cannabinol (CBN) has also been shown to protect neurons in an ageing brain. Although more research is needed, these findings suggest that cannabis compounds may be able to protect against age-related cellular damage.

Aside from these direct physiological effects, cannabis may even have more indirect contributions to longevity. Many people use cannabis or CBD as a means to improve sleep quality, reduce stress levels, or alleviate anxiety. Since stress and sleep disorders are known contributors to inflammation (and, therefore, ageing), cannabinoids may contribute to better overall health which, in turn, could increase an individual’s life expectancy.

However, we must also acknowledge the fact that using cannabis isn’t harm free. Despite its countless therapeutic benefits, some studies have suggested that its frequent, long-term use may do more harm than good.

THC, or tetrahydrocannabinol, is the mind-altering molecule in cannabis. It is responsible for the plant’s characteristic high and has numerous medicinal benefits, but it is also to blame for many of the adverse effects associated with cannabis.

Cannabis prohibition has resulted in the prevalence of more potent cannabis strains, specifically cultivated to contain high levels of THC and trace amounts of the more protective cannabinoid, CBD. Therefore, frequent cannabis users are regularly exposed to high levels of THC which, according to research published in 2018, is “associated with increased risk of self-reported health problems at age 50.”

Researchers of the study analysed data from nearly 10,000 participants who reported past-year cannabis use at various intervals between the ages of 18 and 50. They found that long-term cannabis use was associated with more cognitive difficulties, physical illnesses, psychiatric problems, and lifetime alcohol and drug problems.

Although their findings only demonstrate a correlation (not causation) between cannabis use and ill health, it certainly provides an indication that frequent, long-term THC exposure may have negative consequences, emphasising the need for more research into the exact role that cannabinoids play in the ageing process.

It is also important to consider how people tend to consume cannabis. Survey data shows that the majority of people that use cannabis do so by smoking, but one recent study suggests that smoking cannabis may actually make you age faster. Although these findings can be attributed to the act of inhaling smoke and not necessarily the plant itself, the study highlights how there are many other factors to consider when assessing the effect of cannabis on ageing.

Research into the impact of cannabis on ageing is still considerably lacking, which makes it almost impossible to say whether or not it could increase our lifespan. Despite recent progressions, the evidence is hinting towards not – at least not directly anyway.

Due to its anti-inflammatory and, now, potential anti-ageing properties, it may be that CBD could have positive effects on our ageing cells, but much more research is needed to investigate this in humans. A daily dose of CBD oil definitely has undeniable benefits, but whether it can actually help us live longer is still up for debate. 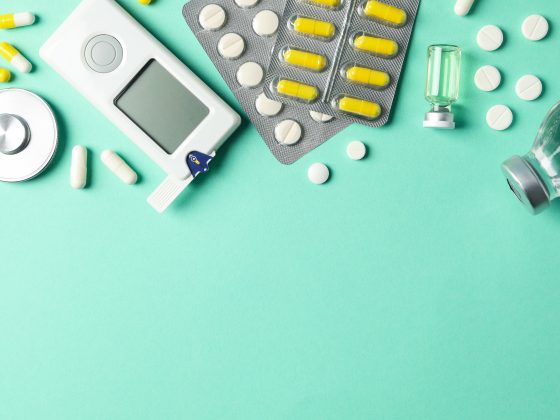 Could CBD help people with diabetes?