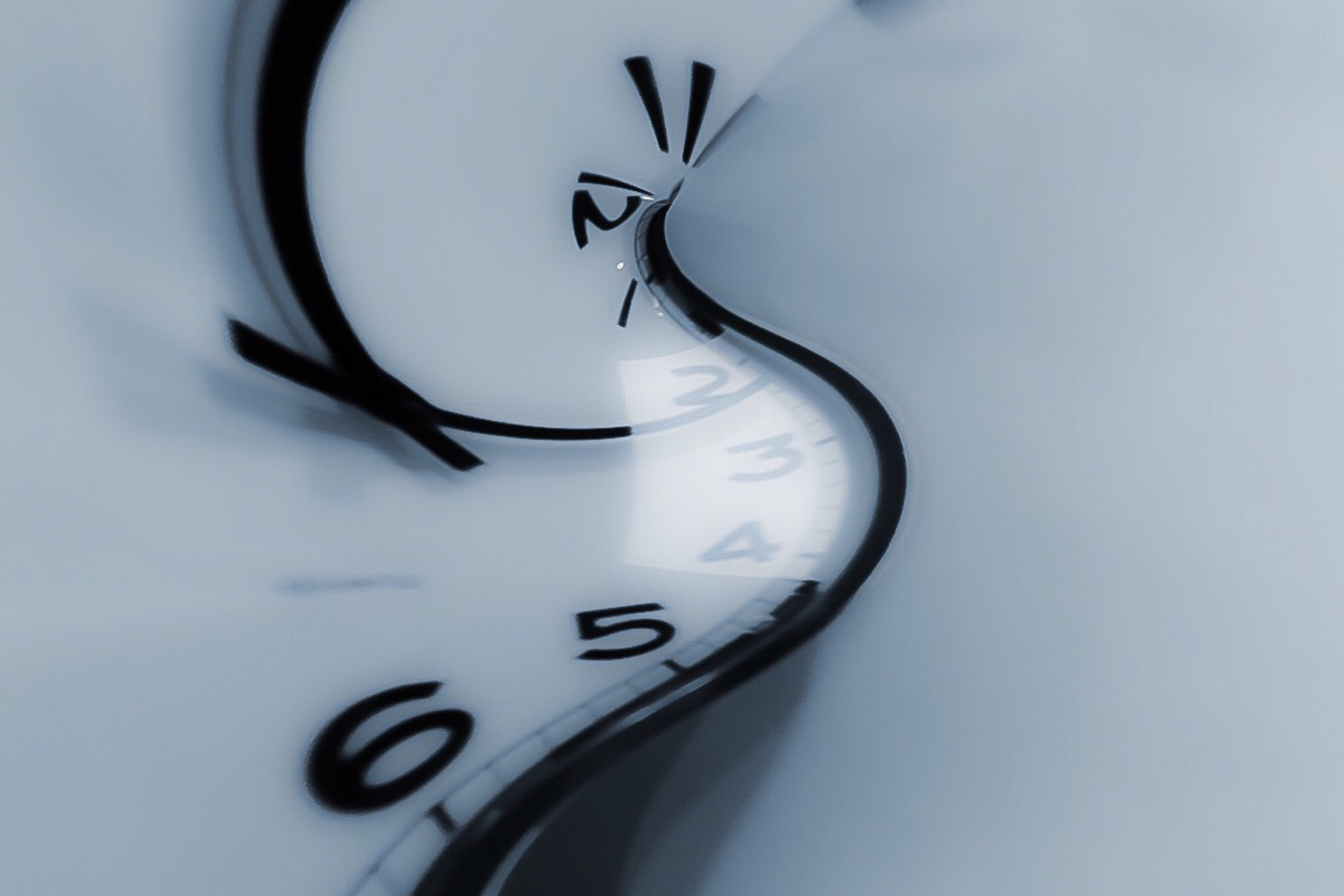 Cast your minds back to early February. You may recall reading about a group of Clapham posties in the news, who had to be rescued from a shift after unknowingly consuming a few too many medicated brownies.

Anyone with experience with cannabis will be all too familiar with these mind-altering effects and how it can warp time – or, more accurately, your perception of time – especially when you take it a little too far. Ever been so high that you begin to question whether time as humans know it is even real?

Time distortion is one of the most commonly reported effects of smoking or consuming cannabis, but how exactly does this come about?

Cannabis and time dilation: the evidence

One of the earliest accounts of this time-bending phenomenon was in 1846 when French physician Jacques-Joseph Moreau studied the effects of cannabis on artists who used hashish. Moreau published his findings in Hashish and Mental Illness: Psychological Studies, reporting that hashish caused “errors of time and space” and “time dragging”.

As many cannabis users will describe, it can feel like someone has just slammed the brakes on time when the high kicks in. Seconds may begin to feel like minutes, and minutes like hours. You might look at the clock after what feels like half an hour to realise that, in reality, only ten minutes have passed.

In recent years, researchers have endeavoured to get to the bottom of the effects of cannabis on time perception. Several studies have been conducted, and a review of the existing literature was published in Current Pharmaceutical Design in 2012. The review concluded that “70% of time estimation studies report overestimation,” meaning that cannabis users report thinking more time has passed than actually has. This is more commonly known as time dilation, where time feels slowed.

However, due to various limitations in the methodology of existing studies, the authors note that the exact effects of cannabis on time perception remain inconclusive. Researchers then set out to address these limitations and investigate the effects of cannabis on time perception in a randomised, double-blind, placebo-controlled manner – the “gold standard” of experimental design.

Forty-four participants were injected with doses of THC, the mind-altering cannabinoid in cannabis, ranging from 0.015 mg/kg to 0.05 mg/kg, or with a placebo. Before and after drug administration, participants completed various time estimation and time production tasks, where they had to either guess how much time had passed or produce a given amount of time, respectively.

Results from this study were published in Psychopharmacology in 2014. Researchers found that a psychoactive dose resulted in the overestimation and underproduction of time, factors indicative of time dilation. The severity of the effects seen did not correlate to the administered dose.

Timekeeping in the brain

THC obviously doesn’t slow down time itself. Instead, it appears to speed up our internal clock, which then makes our external, objective time pass more slowly. It is not entirely known what’s going on in the brain to do this, but one hypothetical mechanism has been presented.

Some researchers believe that cannabis alters our perception of time by interacting with our brain’s thalamo-corticostriatal circuit. This is based on previous research which found this circuit to be integral to various aspects of cognitive control, including time perception. Similarly, the brain areas in this circuit are densely populated with cannabinoid receptors.

Smoking weed produces a stronger sense of time dilation than consuming cannabis edibles, which further supports this theory. This is because THC levels peak faster when cannabis is inhaled, so the brain experiences a more intense flush of cannabinoids.

Similarly, the aforementioned 2014 study found that THC’s time-altering effects were “blunted in chronic cannabis smokers,” who used cannabis 2 to 3 times a week or more. It is therefore thought that frequent cannabis users develop a tolerance to these perceptual effects, without becoming tolerant to THC’s euphoric effects.

Despite this plausible theory, research into the effects of cannabis on time perception is limited and the findings remain largely inconclusive. Although the consensus is that THC causes time dilation, the scale of this and the underlying mechanisms are not yet known. In future, advanced neuroimaging techniques will hopefully allow researchers to unveil exactly how these timekeeping brain circuits are impacted by cannabis compounds.

Timing is fundamentally important. It is integral to every cognitive process, action, or behaviour. And without precision in our ability to time ourselves, all aspects of normal functioning are disrupted.

Though these time-slowing effects may sound like a hindrance, there are countless ways in which they could actually benefit the user, particularly within the creative world.

It is generally accepted that the cannabis plant’s mind-altering effects sparked the evolution of jazz throughout the early 20th century. By distorting musicians’ timekeeping, it allowed them to experiment creatively with the beats and rhythm, resulting in expressive melodies that soon became the hallmark of jazz music.

Similarly, cannabis is commonly touted by artists as a tool to enhance creativity. Time dilation, in particular, may facilitate the creative process by helping artists to slow down and feel more in tune with their work.

Even for cannabis users who aren’t creatively inclined, time dilation can be a huge help for those who struggle to live in the moment. With this slowed sense of time, you’re more likely to have a greater present-moment awareness and, perhaps, a greater appreciation for your current setting and immediate surroundings. This may be especially useful for those looking for a little assistance in practising mindfulness and meditation.

However, a warped sense of time doesn’t always feel pleasant. For some, this sensation can be hugely unsettling and may even cause feelings of anxiety or panic. Deepak D’Souza, a professor of psychiatry at Yale and lead researcher of the 2014 study, shared that he was “particularly intrigued by the observation that in some individuals who…experienced time dilation, the overall experience was even more unpleasant.”

One particular memory springs to mind, when a disoriented friend uttered, “I’m going through something that I think might be time travel…or the end of my life,” whilst grappling with the effects of a powerful space cake. For some, the cannabis buzz can be the ultimate stress-busting tool. But as others will know, the plant’s time-bending effects definitely aren’t for everyone!