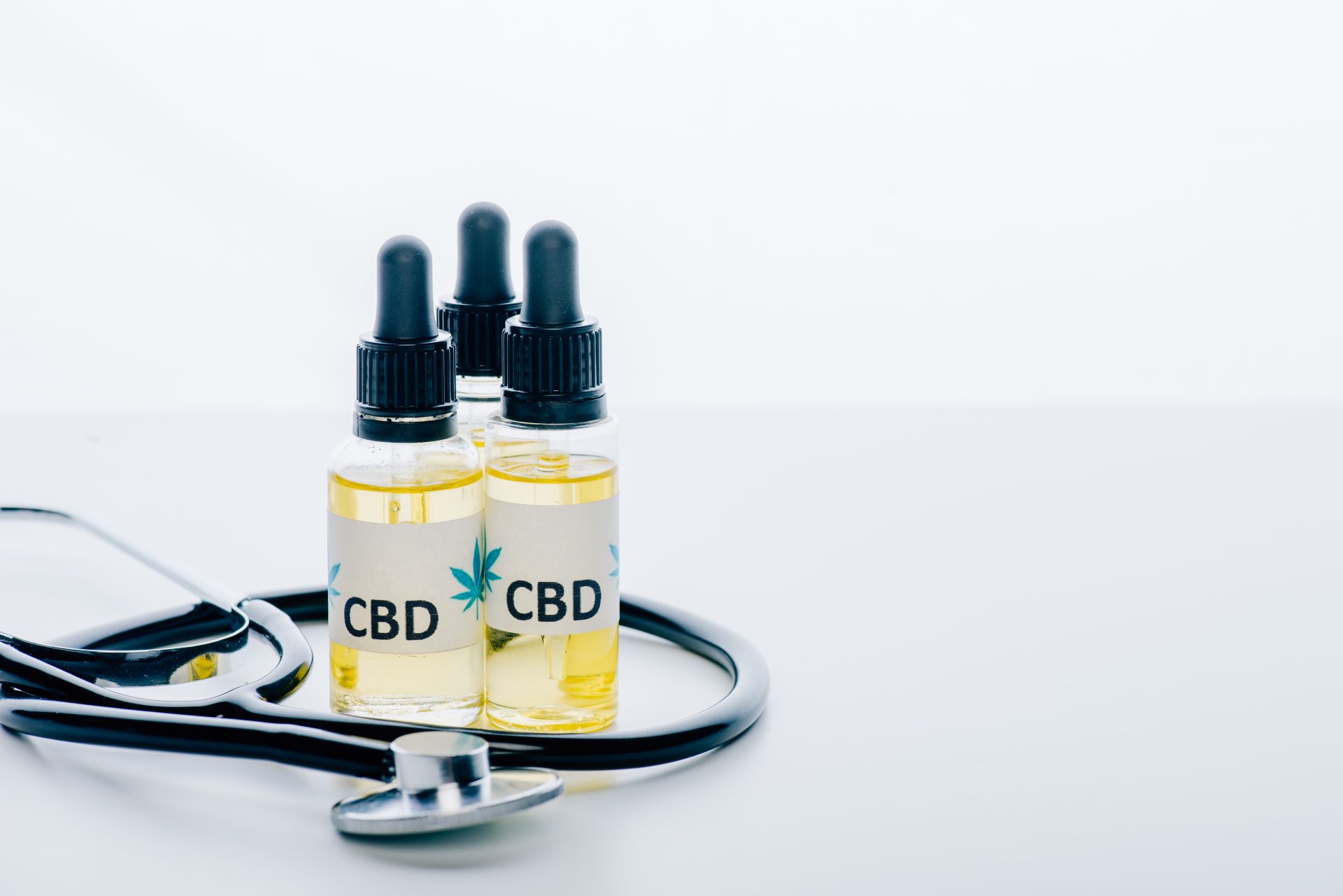 The impact of trauma lingers. It has damaging effects on the brain and behaviour, disrupting each and every aspect of life. The need for effective PTSD treatment is clear – and some researchers believe that cannabinoids could help.

It is estimated that 1 in 10 of us will experience post-traumatic stress disorder (PTSD) at some point in our lives. Surviving trauma – in the form of abuse, loss, war, a natural disaster, or an accident – can have debilitating, long-term consequences. According to PTSD UK, common signs and symptoms of PTSD include:

Trauma manifests itself differently in everyone. Some people may experience avoidance and emotional numbing with PTSD, and others may experience heightened anxiety, irritability, or even destructive behaviour.

Psychological therapies, such as cognitive behavioural therapy (CBT), are the current first-line treatment option for people living with PTSD. If unsuccessful, the patient may be prescribed antidepressants to alleviate some of their symptoms.

How trauma affects the brain

Psychological trauma has lasting effects on the brain and behaviour. It causes the brain regions involved in responding to fear and generating emotional memories to become overactive. Essentially, the brain becomes stuck in ‘survival mode’, which is why people living with PTSD feel as though they are always on high alert.

One major driver of PTSD symptoms is the dysfunction of the neurological systems involved in extinction learning – that is, the gradual decrease in a response to a stimulus. For someone who hasn’t faced trauma, the brain helps us to distinguish between danger and safety. With regular exposure to something sinister, we become habituated to it and the feeling of fear diminishes. But for people with PTSD, extinction learning doesn’t occur and, as a result, the intense fear never leaves.

There is an abundance of testimonials claiming that cannabis can improve the symptoms of PTSD. With what we now know about the science of cannabis and the neurological underpinnings of PTSD, it appears as though there is some biological truth behind these anecdotal reports.

Can cannabis help to treat PTSD?

A review article published in BMC Psychiatry in 2020 found that cannabis is able to “enhance the extinction rate and reduce anxiety responses” in patients living with PTSD. The researchers found that low doses of THC, or THC combined with CBD, were able to induce these positive effects.

THC (tetrahydrocannabinol) and CBD (cannabidiol) are the cannabis plant’s two major cannabinoids. Most of the experimental research into the effect of cannabis on PTSD investigates the effect of the plant’s mind-altering molecule, THC, alone.

Results from a randomised controlled trial indicate that THC reverses some of the neurological changes that trauma causes. For example, THC lowered threat-related reactivity of the amygdala, which is the brain region responsible for initiating our body’s stress response. According to the researchers, “these preliminary data suggest that THC modulates threat-related processing in trauma-exposed individuals with PTSD.”

Cannabis or cannabis-based products are currently not approved for the treatment of PTSD, but some researchers endeavour to change this. A recent observational study, conducted within a Texas Original Compassionate Cultivation (TXOG) focus group, found that 71% of veteran participants achieved PTSD remission after using medicinal cannabis.

According to Dr Matthew Brimberry, the focus group’s primary physician, the study “echoes what veterans have been telling us. Medicinal cannabis should be considered as one of the first-line treatment options for PTSD. We are seeing significantly better results with cannabis when compared to conventional pharmacotherapy.”

More recently, scientists have revealed that the plant’s non-psychoactive cannabinoid, CBD, might be just as effective as THC at reducing some of the symptoms of PTSD, without the intoxicating effects. For people living in the UK, where THC containing products can only be obtained legally on prescription, these findings are hugely promising.

CBD and PTSD: the evidence

Like THC, CBD interacts with our body’s endocannabinoid system (ECS), a complex signalling network that coordinates a number of bodily processes in order to maintain homeostasis, our biological balance.

The ECS plays a prominent role in our sleep, mood, appetite, pain, memory, and much more. Scientists have even noted a link between the ECS and PTSD, with patients displaying lower levels of our natural cannabinoids, also known as endocannabinoids.

In recent years, CBD has captured the attention of researchers for its potential to alleviate anxiety. As the evidence for using CBD to treat anxiety disorders piles high, researchers have also revealed that it could help those living with trauma.

Several animal model studies have highlighted that CBD can modulate extinction learning, which suggests that it could be used to attenuate fear memories of people living with PTSD. As detailed in a 2019 review, whilst CBD “may have a potential therapeutic use for improving PTSD symptoms…there is currently limited evidence regarding [its] safety and efficacy.”

As it stands, no human clinical trials have explored the effects of CBD in people living with PTSD. However, one ongoing Phase 2 trial is investigating just this. Researchers are assessing whether CBD isolate and broad-spectrum CBD improve the symptoms of 150 participants with PTSD. The trial is due for completion in May 2024.

THC can directly activate CB1 receptors in the brain, which are thought to be involved in extinction learning, whereas CBD doesn’t activate cannabinoid receptors. Instead, it has a more indirect mechanism of action in the ECS. CBD can inhibit the enzyme involved in the breakdown of anandamide (a key endocannabinoid) and subsequently enhance its signalling. Anandamide can activate CB1, which is why CBD has been shown to induce similar improvements to PTSD symptoms to THC.

There are two prevailing explanations for how cannabinoids improve the symptoms of PTSD, both of which affect how the brain processes fear.

Firstly, several neuroimaging studies have shown that CBD can reduce blood flow to the amygdala during stressful tasks, which may reduce the behavioural stress response to emotional memories. Secondly, as detailed by a review published in Frontiers in Neuroscience, CBD appears to interfere with multiple stages of memory processing – both reconsolidation and extinction – which may help people with PTSD to forget fearful memories.

Aside from its direct effects on fear, CBD may also help to relieve some of the other symptoms associated with PTSD. There is increasing evidence in favour of using CBD as a sleep aid, which could help to improve sleep or manage nightmares in people with PTSD.

Paroxetine and sertraline, the two licensed antidepressants for PTSD, are known to cause sleep disturbances. So, in this respect, CBD – if approved for psychiatric use – is certainly the ideal treatment.

CBD is known to be safe and, in most people, is well-tolerated. Though in rare cases, it can have mild side effects, such as tiredness, diarrhoea or appetite changes. These side effects are typically remedied with the correct dosage, so the best advice is to start low and increase your dose if necessary.

If we compare the safety profile of antidepressants to CBD, the latter is the clear winner. Not only are the side effects minor in comparison, but CBD does not cause withdrawals. In a recent trial, there was no evidence of withdrawal symptoms are 30 healthy volunteers abruptly stopped taking CBD twice daily. Unlike, antidepressants, there is no need to wean yourself off CBD if it isn’t working for you.

How to take CBD for PTSD

One thing to note is that the clinical study of CBD often uses much higher doses than commercial products. For example, the aforementioned clinical trial is investigating the effect of a 300 mg dose, whereas most products contain less than 50 mg in a single dose. That’s not to say that CBD products bought online or in high-street stores won’t work, but it’s important to do your own research into the potency of the product.

This method involved dropping CBD oil under the tongue to allow it to quickly enter the bloodstream. It’s an efficient way to get your dose in and an incredibly common method. But bear in mind that CBD oil has a pretty strong taste, so it isn’t for everyone.

Capsules allow you to get a dose of CBD oil, without the taste. They’re a great way to get a consistent, daily dose, but they do take slightly longer for the effects to kick in (between 30 minutes to 2 hours). Since CBD capsules are an oral dose, be sure to take the capsules with food to ensure that the CBD can be absorbed properly.

Similar to capsules, gummies are another great way to get an oral CBD dose – and they taste delicious too! They tend to contain slightly lower doses than oils, so you may need to take more if necessary.

Vaping is another way to get CBD into your bloodstream quickly. CBD vapes are easily transportable, so they can be used on the move for immediate stress relief. With its rapid onset and impressive bioavailability, vaping might sound like the best option, but there are some safety concerns. Since the long-term effects of vaping are not fully understood, it is important to approach this method with caution.

Much more research is needed before doctors can start prescribing cannabis or CBD for PTSD, but the testimonial evidence is certainly in abundance. If you’re keen to discover the wonders of cannabinoids for yourself but don’t know where to start, take a look at leafie’s beginner’s guide to CBD. 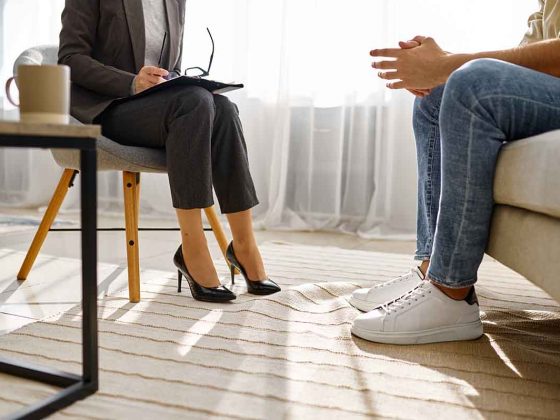