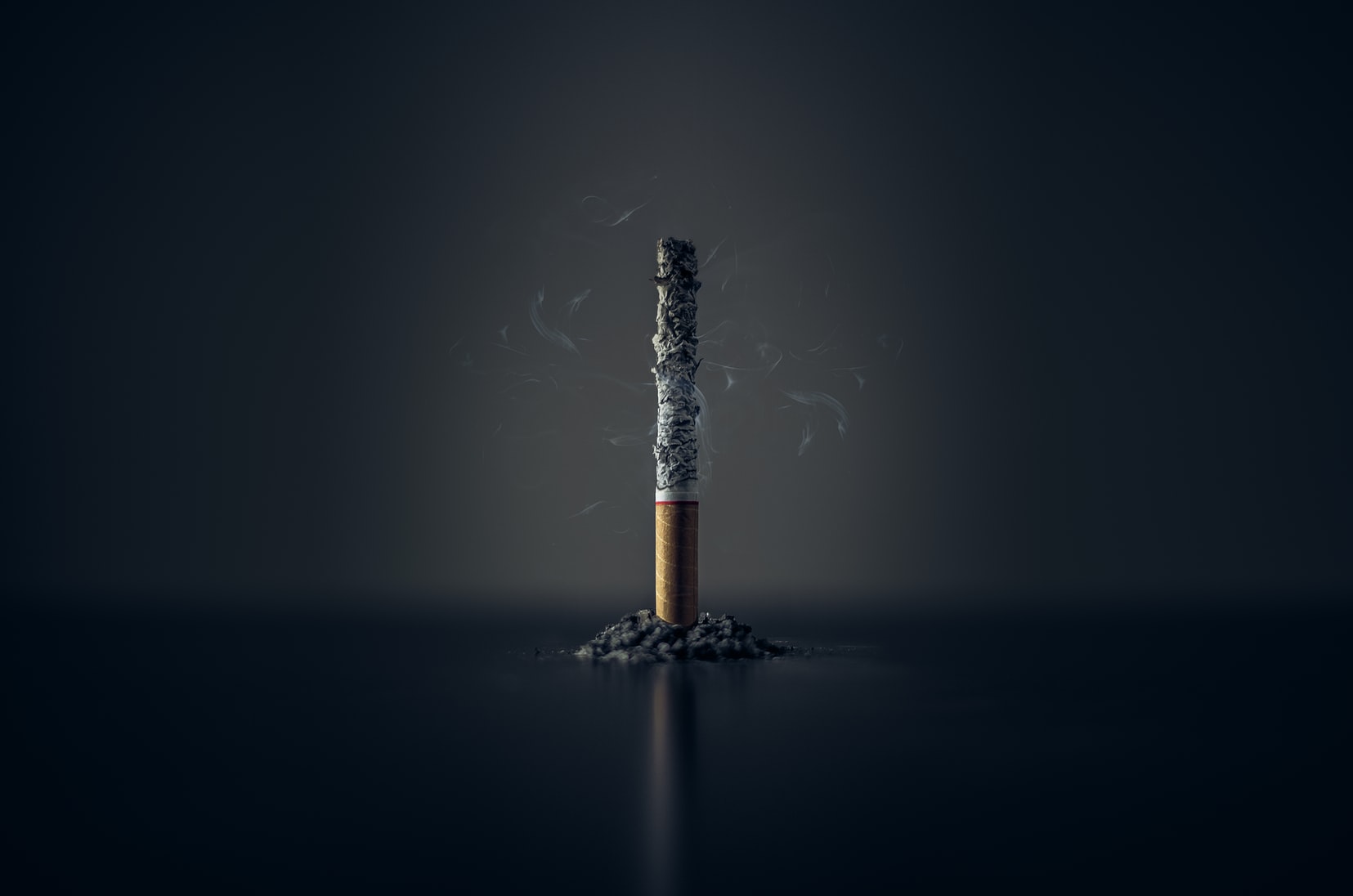 Can CBD help you quit smoking?

Back in the days before we knew the full extent of the harms of smoking, it was something most people did. In 1948 the UK reached record numbers of smokers, with 82% of men and 41% of women puffing away, with those numbers remaining fairly consistent right into the 1970s. But today, we know better! Since then, tobacco consumption (and lots of other chemicals found in manufactured cigarettes) have been linked to illnesses and diseases including lung cancer, chronic obstructive pulmonary disease (COPD which incorporates emphysema and chronic bronchitis) and coronary heart disease. Smoking is now considered to be the leading cause of preventable death and disease in the UK. Thankfully, as a result of this knowledge, cigarette smoking prevalence has now dropped significantly to 14.7% of the UK population – and understandably, a large proportion of these people would like to kick the habit.

But as everyone knows, quitting smoking (as with quitting any addictive substance) is often extremely challenging. So, finding ways to help the process is a great idea.

Over the years, smokers have tried a wide variety of ‘quit-smoking products’ including nicotine replacement products (like nicotine patches, lozenges, gum and inhalers), e-cigarettes and even prescription medications. But now, smokers have a new tool for their arsenal: CBD.

Although some people find the above products helpful, none come without potentially harmful side effects, particularly as nicotine on its own is addictive. It also increases blood pressure, heart rate, the flow of blood to the heart and hardens the arterial walls all while narrowing the arteries, which can lead to a heart attack. So, CBD oil, which according to the World Health Organisation is non-addictive, has no harmful side effects or potential for abuse, is a welcome alternative.

But can CBD help you quit smoking? Current research suggests that yes, it most certainly can – in a number of ways.

Can CBD help me quit smoking?

One randomised double-blind placebo-controlled trial performed back in 2013 found that participants who were given a CBD inhaler for one week and instructed to use it whenever they felt the urge to smoke, reduced the number of cigarettes smoked by 40%! In contrast, those treated with a placebo showed no differences in the number of cigarettes used.

More recently, another placebo-controlled study was performed in 2018 to investigate how using CBD might help with the neurocognitive withdrawal symptoms of quitting smoking –cravings. After going without tobacco overnight, the participants were administered 800mg CBD or a placebo. Those who were given the CBD found that their cravings seemed less urgent and easier to cope with. They even found smoking-related images and seeing other people smoking, far less triggering.

Can CBD help with addiction?

Of course, cigarettes aren’t the only drug people need help quitting, so there has also been extensive research into using CBD to treat addictive behaviours as a whole, which also applies to smokers.

An impressive body of information has been pooled together by researchers in France and Belgium during a peer review of 26 studies, spanning 44 years, which explored the potential effects of CBD on addictive behaviours. Many of the studies were performed on animals, however, the results showed that the test subjects reduced alcohol consumption and were also less likely to relapse when treated with regular doses of CBD, even under stress. Using CBD also appeared to effectively reduce stress relapse, along with reducing anxiety and impulsivity. There’s even evidence to show that CBD can help with marijuana addiction, despite being cannabis derived.

Having evidence for something and knowing why it happens are two different things, so (thanks to 100 years of cannabis prohibition) we’re still playing catch-up on understanding the mechanisms behind many of the amazing qualities and therapeutic potential cannabis, and CBD oil, seem to have. But, with the rapidly growing body of research into the interaction cannabis has with the body, we can pull some threads together and make educated guesses.

When it comes to using CBD to quit smoking, we can look at the ways in which we know CBD (and other cannabinoids) affect the body, and the way addiction and cigarettes affect the body and put the pieces together.

CBD is also likely to help with irritability and altered behaviours that often present an issue when quitting smoking. The CBD molecule directly activates serotonin receptors, which (among many other things) provides a mood lift and stress relief. In addition to this, CBD (and other cannabinoids) supports the endocannabinoid system and the release of our endocannabinoids Anandamide and 2-AG. Increasing levels of Anandamide in the brain helps to regulate cortisol and the fight or flight response which may help to avoid stress-induced relapses. Preclinical trials have also indicated that increasing Anandamide levels may alleviate opiate withdrawal symptoms which include muscle aches, anxiety, insomnia, digestive issues and even seizures – and there’s no reason to think this wouldn’t apply to cigarette withdrawal too.

Of course, just to help with the behavioural patterns of smoking, even more, you can opt to vape your CBD – an action that mimics smoking to ease you out of the habit while you quit.

Addiction, of any sort, causes a whole-body imbalance. It impacts your emotional, physical and mental state and when you’re kicking the habit (whatever that habit might be) it’s key to address every aspect of it. The cannabis plant has over 140 cannabinoids, a vast range of terpenes and flavonoids, many of which may help to quit smoking. You’ll find a selection of these in full and broad-spectrum CBD oil, with the CBD molecule being the most abundant. By working in synergy with each other, and your body, these compounds will help bring your body back into balance in far more ways than mentioned here. And as they do so, you can practice a variety of other mindful techniques and healthy lifestyle choices to make smoking a thing of the past. 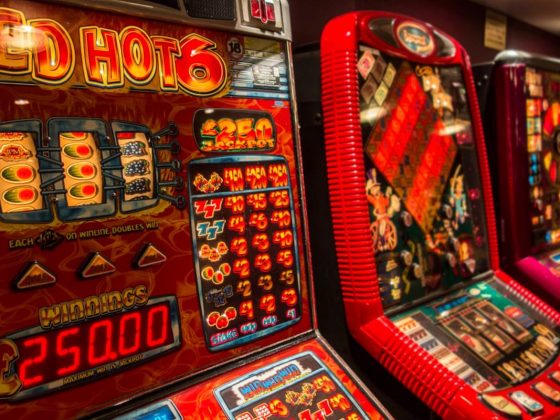 Ketamine to be studied as treatment for gambling addiction 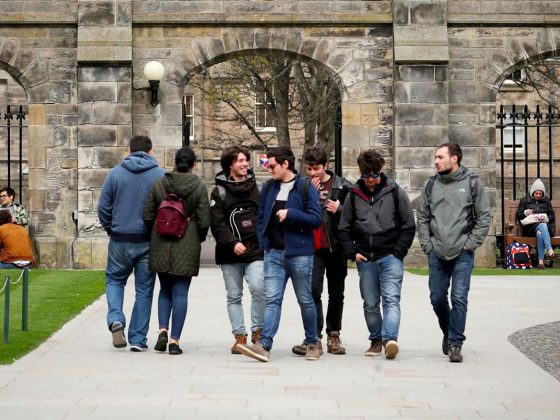