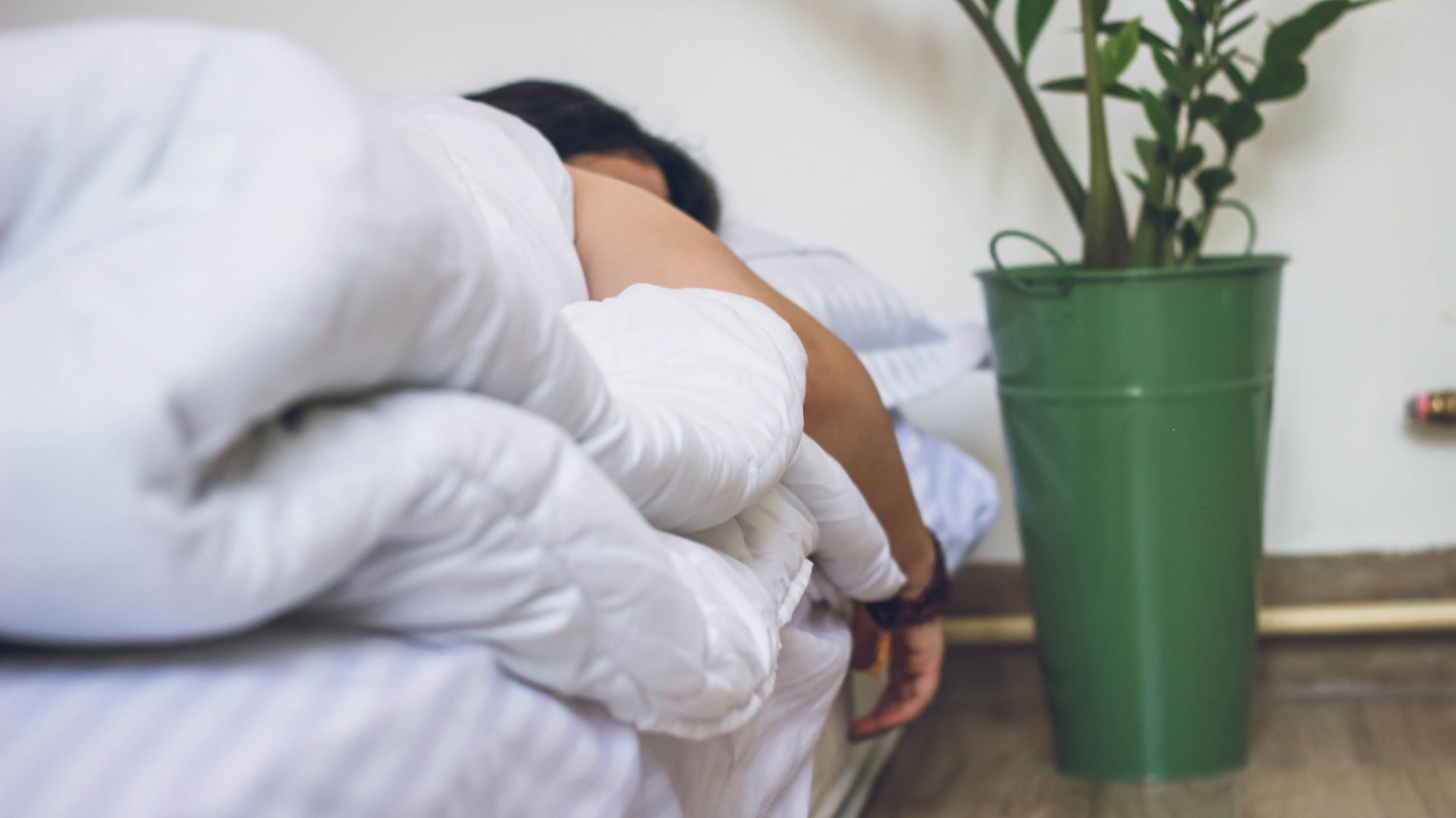 Can CBD help with sleep?

Are you a parent? Are you stressed? Are you menopausal? Working really, really dire shifts? Or perhaps suffering from ‘Coronasomnia’? There are countless reasons for experiencing a poor night’s sleep – or an ongoing poor sleep pattern. This is demonstrated by sleep statistics showing year after year that there are really very few of us getting the minimum 8 solid hours a night that we need to be healthy, functioning human beings.

A survey undertaken by Anxiety UK revealed that only 3% of participants felt they never had a bad night’s sleep, whereas in stark contrast a Daily Mail survey found around 30% of us are severely sleep deprived and 36% would be classified as having chronic insomnia.

We clearly have a serious sleep problem, as a nation. So it should come as no great surprise that one of the leading reasons people use CBD products is to try and remedy that. But does it really work? And if so, how?

When looking into how CBD oil works in general, you’ll probably read a lot about the endocannabinoid system – which we will cover shortly. But in the first instance, let’s focus on one of the other ways that the CBD molecule interacts with the body: direct serotonin receptor activation.

You may already be familiar with the mood-boosting effects of serotonin, but this neurotransmitter is responsible for far, far more than that. It’s heavily involved in a wide range of bodily processes, including the regulation of digestion, sexual health, pain transmission and of course, sleep. In fact, its role in the regulation of these functions (and many others besides) is so vital that a serotonin deficiency can cause anxiety, depression, muscle pain, headaches, insomnia and more.

But let’s focus on sleep here.

Aside from the fact that the activation of serotonin receptors can reduce anxiety, pain and digestive issues (all of which can contribute to poor sleep), appropriate levels of serotonin are essential for creating melatonin – a natural hormone that is produced by the pineal gland and released into the bloodstream to regulate the sleep-wake cycle.

There are many factors that might negatively impact your serotonin supply and, for those suffering with mysterious sleep issues, supporting your body in getting serotonin levels back into balance might be all you need to solve the problem. You can do this by exercising regularly, getting plenty of sunlight, getting massages, taking high-quality probiotics and using CBD oil every day.

Preclinical trials have indicated that CBDA (Cannabidiolic acid – the raw version of CBD) potentially has a considerably stronger activation effect on serotonin receptors than CBD. So, look out for this in your CBD product lab reports if you’re tackling sleep concerns!

Stress & sleep: A match made in hell

If you’re stressed out, you can’t sleep. It’s really that simple.

In fact, when asked about the cause of their poor sleep, 81.8% of participants in the Anxiety UK sleep survey said it was down to general anxiety.

When you feel stressed, it’s largely because cortisol and adrenaline is being released into your bloodstream to prevent you from going to sleep. Your body is trying to help you by providing a potent energy boost, assuming there’s an emergency as your fight or flight response is kicking off big time, and now is clearly not the time to rest! This has served humans well over time and has played a major role in survival. But it’s not so great when our response to everyday stressors is the same as what we would have felt when face to face with a sabre tooth tiger. So, it’s important to find a way to prevent this from happening – particularly at bedtime.

Supporting the synthesis and release of your own, internally produced endocannabinoids (and therefore, your endocannabinoid system) is one of the best things you can do to control stress levels not only at night but all the time. CBD oil helps with this, as does meditation, exercise, massage, sex and certain foods.

While the CBD molecule doesn’t directly activate our endocannabinoid receptors (which can be found throughout the body, from every skin cell, in all other physiological systems, in our brain, muscles, bones, mitochondrial cell walls and so on…), it does slightly alter them, by blocking the endocannabinoids from attaching to the first receptors they encounter and inhibiting the enzyme produced to rapidly break them down. This gives our endocannabinoids a fighting chance to reach the areas of the body that need rebalancing (which is their purpose) and elevate levels throughout the body.

The effects of this on stress are particularly important when they reach the brain. When we do not have enough anandamide in the brain (which can occur as a result of chronic stress, sleep deprivation, poor diet and illness, among other reasons), there’s nothing preventing the fight or flight cascade. Anandamide effectively acts as the gatekeeper for stress, letting the body (and brain) know if there’s really a good cause for panic stations, or if whatever problem you face can just be taken in your stride, without the need for the fight or flight response.

Incredibly, these are only two of the ways the CBD molecule ON ITS OWN can help with sleep! There are many others because cannabis is what’s known as a pleiotropic, which means has multiple mechanisms via a variety of pathways. When using a broad spectrum (a product containing a variety of cannabinoids, terpenes and flavonoids) or full-spectrum (whole-plant extract, including THC) CBD product, you also have the additional help of up to 150 other cannabinoids (some that do directly activate endocannabinoid receptors), as well as a multitude of therapeutic terpenes – a selection of which (especially myrcene) are well known for their sleep-promoting benefits. What’s more, hemp seed oil offers a whole host of attributes that contribute to a better night too.

So, in short, be sure to take your daily dose of cannabis! Soon enough all of your sleep problems may well be a thing of the past.