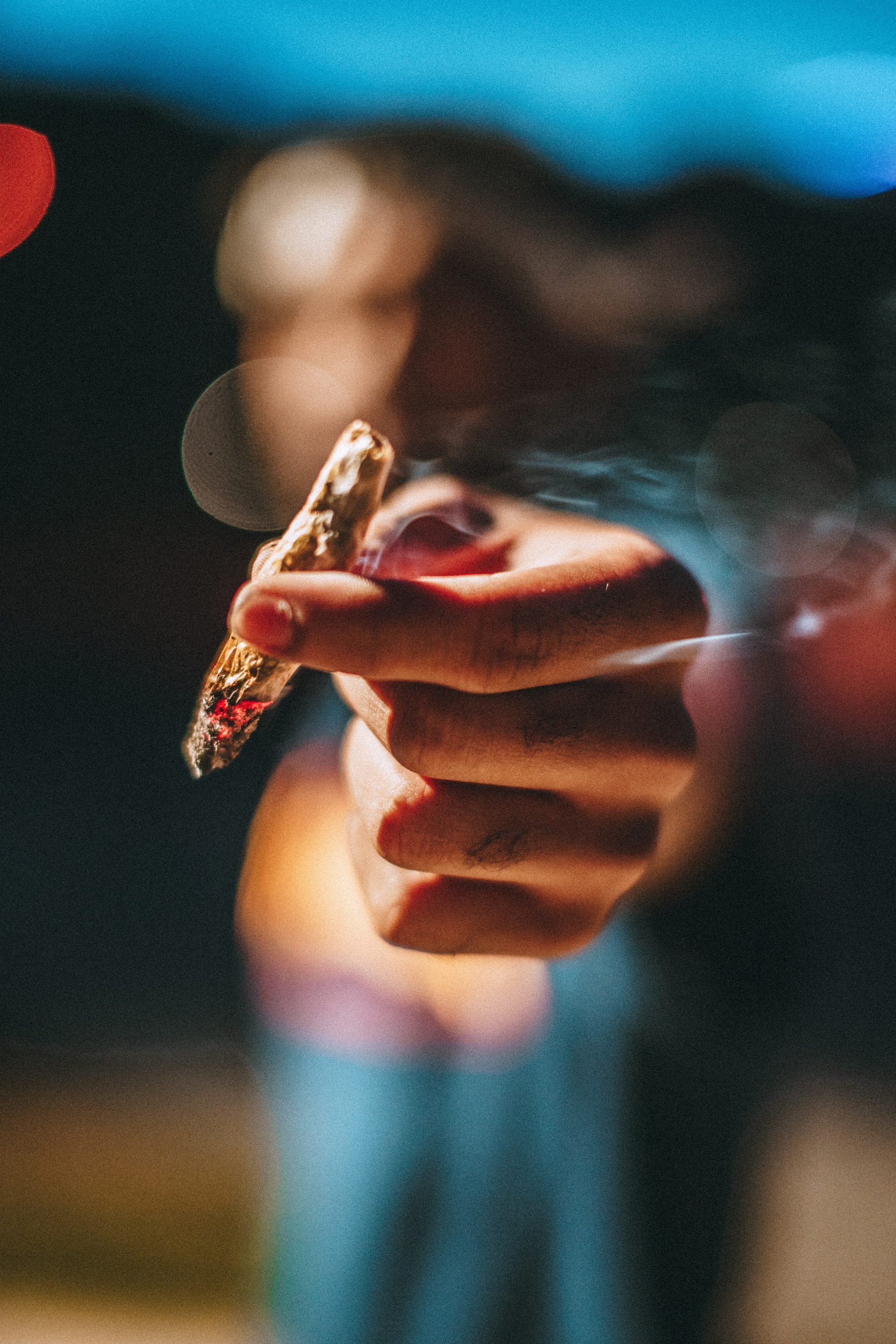 Cali-sober is a term that first appeared online around 2016. A portmanteau of California sober, the term conjures up images of slow sunsets, green juices and hot yoga, but has little to do with the stereotypes of California and more to do with lifestyle choices when it comes to inebriation and relaxation.

Early definitions vary, but in recent years the term has come to mean abstinence from alcohol and hard drugs, with those choosing the Cali-sober lifestyle opting to consume only cannabis, and in some cases psychedelics as their substances of choice. It reflects a growing movement of people embracing a healthier lifestyle by drinking less that still want a way to relax and unwind, both in social settings and at home.

California was the first US state to legalise medical cannabis way back in 1996, so it’s no surprise that it’s become associated with a lifestyle that eschews alcohol for a more chilled social lubricant. A 2017 U.S. study saw alcohol sales drop 12% in counties where medical cannabis was legalized, suggesting there is a correlation between the rise of cannabis use and the decline of alcohol consumption. As the leader in the US for cannabis legislation, it became synonymous with this alternative way of life.

Why are people going Cali-sober?

Alcohol is one of the most widely used and accepted drugs in western society and has been for hundreds of years. However, the social and physical damage alcohol can cause are significant. In England in 2018/19, there were 1.26 million hospital admissions related to alcohol consumption.

Short-term, alcohol can make people vomit, and become unconscious, irritable and angry. Alcohol can cause users to blackout and lose control of their surroundings which can be extremely dangerous in the wrong situation. Long term, it can cause high blood pressure, strokes and other heart-related diseases, liver disease, nerve damage, ulcers and addiction.

For many people, the tradition of getting drunk and waking up with a hangover, and the recollection of regrettable moments from the night before, is not worth the long term health risks. Research is beginning to show that cannabis use has far fewer side effects from regular use than alcohol, and with the rise of smartphones and social media, many people just aren’t looking to get blackout drunk and wake up with the dreaded “hangxiety” only to find themselves legless and incoherent all over Instagram. Cannabis offers a way of relaxing socially without the potential liver damage, hangover and regrets.

Where did the term Cali-sober come from?

Early mentions of Cali-sober include an entry into the Urban Dictionary in 2016, but the phrase really gathered momentum in a letter written by journalist Michelle Lhooq published in Vice in 2019. The article charts the authors move away from a hedonistic drink and drug-fueled lifestyle while retaining the social aspects of an active lifestyle.

In the article, Lhooq talks about a move from New York to California coinciding with some choice lifestyle changes. When she gave up alcohol and stimulants, Lhooq claimed she could feel her whole body unwinding and see her skin looking noticeably healthier. Lhooq also noticed the knock-on effects on her daily routine, stating that “In my early 30s I’ve discovered that when I’m looking to unwind after a stressful week or having a movie night with friends, I’d much rather smoke weed than drink a few beers. As a result, I haven’t been hungover in years. I also sleep better, and my anxiety (for which I also take daily Prozac, and go to therapy) is more manageable.”

Since the article, Cali-sober has been growing in popularity as a trend. In 2021 singer and actor Demi Lovato talked about her recovery from substance abuse and her close-to-fatal 2018 overdose. In the interview, Lovato said she had to “grow up and take control” of her life: “That’s something I haven’t done until the past two years of my life where I’m now in control of my finances, I’m now in control of the food that I eat, how often I work out. I think the term I best identify with is California sober.”

Going Cali-sober in the UK

While much of the western world wakes up to the benefits and opportunities of adult access to cannabis, the UK lags behind. Undeterred, many people are giving up the booze so ingrained in British culture in favour of other substances.

A 2017 article published by Volteface precedes the concept of Cali-sober in the mainstream but features a number of people in the UK happy to discuss the positive effects of dropping alcohol for cannabis. One contributor, Katie described her transition with overwhelming positivity, stating “Since I started consuming cannabis I feel like my relationships have improved: I am calmer, I remember to take breaks before making decisions or saying something that impacts people. I feel like when I drink I need attention from anybody I can find, and I would take that attention in any form it comes in. When I smoke cannabis I feel calm and content and I can spend time alone or with others and think through situations”

Going Cali-sober and remaining on the right side of the law is difficult in the UK, but changes are being made, slowly. Thanks to the roll-out of a number of medical cannabis card schemes and private cannabis clinics, people are now able to access cannabis if they have legitimate medical reasons. Public support for cannabis in the UK is at an all-time high, 52% of people think cannabis should be legalised according to a recent YouGov survey. With the country in desperate need of tax revenue as it recovers from covid and Brexit, there has never been a better opportunity to open up a legal cannabis industry in the UK.

Although going Cali-sober seems like a smart idea, it’s not as easy to implement here in the UK as it is for our Californian cousins. The stigma around the consumption of soft drugs is harder to overlook in a country where it is still illegal and the narrative that ‘all drugs are bad’ dominates.