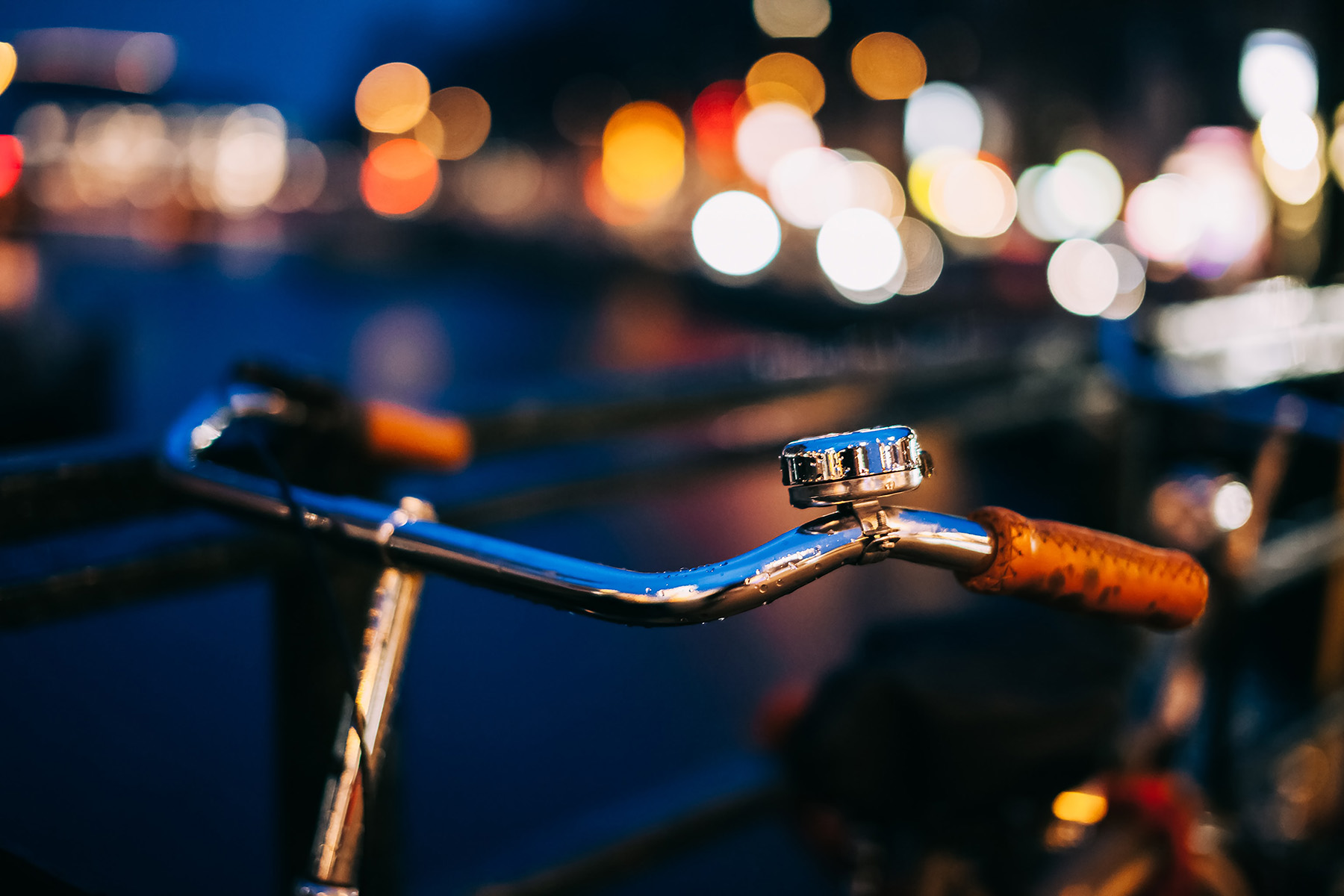 Any visitor to Amsterdam will discover a vibrant city, energetic and culturally diverse.  The city’s rich historical past can be read in its architecture, narrow gabled houses, lively public squares, and the many humpbacked bridges spanning numerous canals.  Despite the historical ambience, Amsterdam has a modern, youthful feel, which emanates from its citizens. Everyone in Amsterdam seems to be outside strolling, bicycling, or enjoying convivial gatherings at sidewalk cafes. Amsterdam’s citizens are world-renowned for hospitality and openness to new ideas. This is the city, after all, which has some of Europe’s most liberal laws. The people of Amsterdam are relaxed, stylish and hip.  Yet Amsterdam’s fundamental character is nothing new or modern. Rather it is an approach to life which has characterized this city for centuries.

Amsterdam’s reputation for tolerance and liberality is not the newest notion of a youthful country, but a long-established national trait of acceptance and openness which dates back to the Middle Ages. Amsterdam, and provinces of the Netherlands, led the way in Europe by adopting principles of self-determination that would be espoused during the Enlightenment two hundred years later. These principles, namely the right of men to self-determination, and particularly the right of Dutch residents to decide individually what to believe and how to worship, were embraced by the Dutch at a time when Europe was wracked by conflict and violence.

During the 16th century, Europe was torn by religious upheaval and political rivalry. The Reformation spread dissent against the Holy Roman Empire in the form of Protestantism throughout Europe. This dissent against the ornate religious trappings of Roman Catholicism, as well as distrust of excessive papal authority, was well-received throughout the Dutch provinces.  Dutch people were reserved by nature, disliking outward expression of wealth and status.  Additionally, they were independent in spirit, preferring to choose their own way rather than bowing to outside authority.

At the beginning of the 16th century, the provinces comprising the Netherlands were under the control of the heavily Roman Catholic Spanish Empire, ruled by Philip II. Spain, like the other European monarchies, was a monoculture.  Religion was established by law, and dissent was punishable by imprisonment or death. To tighten control over his enormous and unwieldy empire, Philip II established the Spanish Inquisition to root out Protestant, Jewish, and Muslim heretics. In response to brutalities of the Inquisition, the Dutch rebelled, led by William the Silent, Prince of Orange, who said: “I cannot approve that monarchs desire to rule over the conscience of their subjects and take away from their freedom of belief and religion.” Originally a rebellion to protest unfair taxation and to liberate Dutch Protestants from the harsh campaigns of persecution waged by the Spaniards, William the Silent’s revolt grew into the 80 Years War. The Dutch formally broke with Spain in 1581 with a declaration of their independence.

The newly independent Dutch Republic ratified the Unie van Utrecht, a landmark treaty which consolidated the northern provinces of the Netherlands into the Dutch Republic.  This treaty contained a groundbreaking law which asserted the right of all its citizens to religious freedom. This was in direct response to Spain’s Inquisition, and was the first law of its kind in Europe.  These new ideas of personal freedom and self-determination stood in stark contrast to the monarchies of Europe at that time.  Rather than persecuting those of different cultures and beliefs, the Dutch practised tolerance for religious and cultural differences. Thus, the Dutch Republic, and Amsterdam in particular, became a safe haven for religious and political refugees fleeing oppression in Europe and Great Britain.

In Europe, Jewish people had suffered for centuries from campaigns of annihilation.  From Russia to France, from England to Portugal, with very few exceptions, the Middle Ages was a horrifying chronicle of mass banishments, tortures and killings Jews were murdered by the hundreds of thousands, often burned alive at the stake. After the Reconquista, when the Spanish Empire regained control the Iberian Peninsula, many Jews converted to Christianity to escape persecution.  However, conversion did not save them, as they were put to the rack despite their new faith, to test the veracity of their beliefs.  Those who were exiled were not much better off, as there was no place in Europe where they were safe.  There was only one exception, and that was the Netherlands.

Jewish and Protestant refugees fled by the thousands to the Dutch Republic, which offered them the rare possibility to live in peace. Many of the Iberian refugees were traders, and they came with well-established trading contacts in North Africa, the Middle East, South America, the Caribbean, and Indonesia. The refugees were welcomed in Amsterdam, and they returned the favour by contributing to a thriving market economy which soon became dominant on the world stage.

The young Republic entered a period of the Dutch Golden Age. Amsterdam Harbor was thronged with ships sailing to and from trading destinations around the world.  The Dutch East India and Dutch West India Companies were headquartered there, and the new immigrants often played key roles in these giant trade associations, helping to establish worldwide trade networks.  These trading companies claimed overseas territories that became Dutch colonies, cementing the Dutch Republic’s global dominance. Amsterdam became the wealthiest and most powerful city in Europe, with the busiest commercial port.  The Amsterdam office of the Dutch East India Company established the first modern stock exchange, by trading on its own shares.

Amsterdam was a vibrant, bustling, culturally rich and diverse city in the late 16th and 17th centuries. The Dutch willingness to accept others for what they could contribute, rather than shun those who were different was instrumental to its stunning success.  By welcoming and even embracing a diverse people to live and work with dignity within its borders, by fostering hope for a better life to live as one’s conscience dictated, Amsterdam and the Dutch Republic pointed the way for the rest of Europe and the emerging colonies, and demonstrated an approach to life that would later be taken up during the Age of Enlightenment and beyond.

Today, Amsterdam is world known for being a liberal city, most famously for its relaxed approach to sex work and cannabis coffeeshops. The Netherlands initially followed global trends towards drug regulation. Following the first-ever international Opium convention in The Hague in 1911, The Netherlands introduced its first Opium Law in 1919, banning drugs with a high addiction or abuse factors such as morphine, cocaine, barbiturates and amphetamines. By the 1970s, with the growing use of cannabis, hashish, and LSD, the Dutch government had to amend its laws to control all substances while clearly distinguishing between drugs that caused serious risks of addiction or physical harm and those that didn’t.

In 1976, the Dutch government amended the Opium Act to distinguish between drugs lists, those that present “an unacceptable risk (heroin, cocaine and LSD)” and those that didn’t, paving the way for the distinction between “hard” and “soft” drugs. The official legislative changes to introduce this policy took place in 1976. In 1980, the Dutch government finally announced it would discontinue prosecuting cannabis and hashish offences under certain circumstances.

Prior to these changes, Amsterdam had long been a city with a strong liberal connection. Most famously, the city gave birth to the Provo Movement. The Provos were a group of activists who used art, public performance and a touch of anarchism to push for progressive reforms and challenge laws. Known for creating the ‘white bikes’ of Amsterdam, they also campaigned for more relaxed drug laws. After the Provos movement was officially disbanded in 1967, several members became full-time cannabis activists like Kornelis “Kees” Hoekert and Robert Jasper Grootveld.

It’s thanks to these anarchist foundations that the first coffeeshops began opening in Amsterdam, as more coffeeshops opened across the country, the government introduced restrictions in 1996 to avoid legal issues. Rules include:

Cannabis tourism has brought vast numbers of visitors to Amsterdam. In recent years, Amsterdam has been keen to dissuade foreign visitors from taking advantage of gedoogbeleid, the “policy of tolerance” towards cannabis, with suggestions the city may even ban foreigners from being able to buy cannabis from coffeeshops. While this seems unlikely, the cannabis trade in The Netherlands still exists thanks to a number of loopholes and grey areas, something the country hopes to clean up soon. 40 years on from the reforms of the 1970s the Dutch government is trying to find a more sensible way to supply cannabis to coffee shops without subsidising criminality. It’s unlikely the country will ever turn its back fully on the plant, as one Dutch cannabis entrepreneur said “A Dutch connection gives legitimacy to a cannabis product, a kind of sexiness. People think fashion from Italy, cars from Germany – and weed from Holland.” 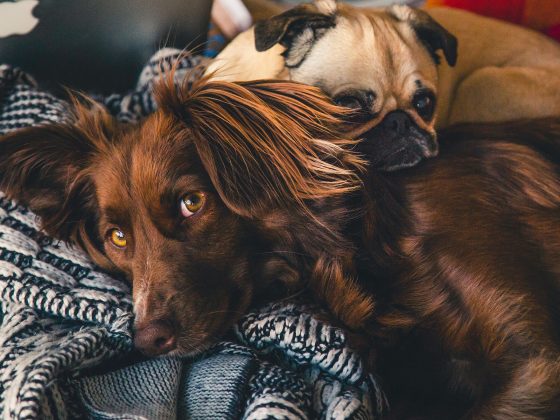 Can CBD oil be given to dogs?